Wednesday, December 12, 2018: We have a small window of schoolie bass fishing opportunity; Anyone own this SUV?

***************************************************
BELOW: ANYONE HOME? Weirdness ... as I drove the beach today. This quite-nice and quite-stuck SUV was sitting all abandoned like, nary a soul in sight ... for miles ... except for me and my Silverado. A quick look-over told me the tires seemed too fully inflated, though it was hard to tell with the sinkage. I didn't want to get too close to check. In today's world, you never know what's up out there.
I agree, the owner likely headed off the beach to seek help, though, in today's cellphone-dominated realm, such a hike-out is a rarity. Even though this SUV is stuck on the highly sinky berm closest to the water, the surf was small; virtually no risk of a high-tide swamping.
With Christmas spirit already coursing through my veins, I would have freely helped out with one of my highly-skilled dig-outs, combined with a tow-out, likely backwards, based on a first-glance escape strategy. However, not knowing how long I might have to hang around for the driver to come back -- and the likelihood he had already called a tow truck -- I moseyed on. 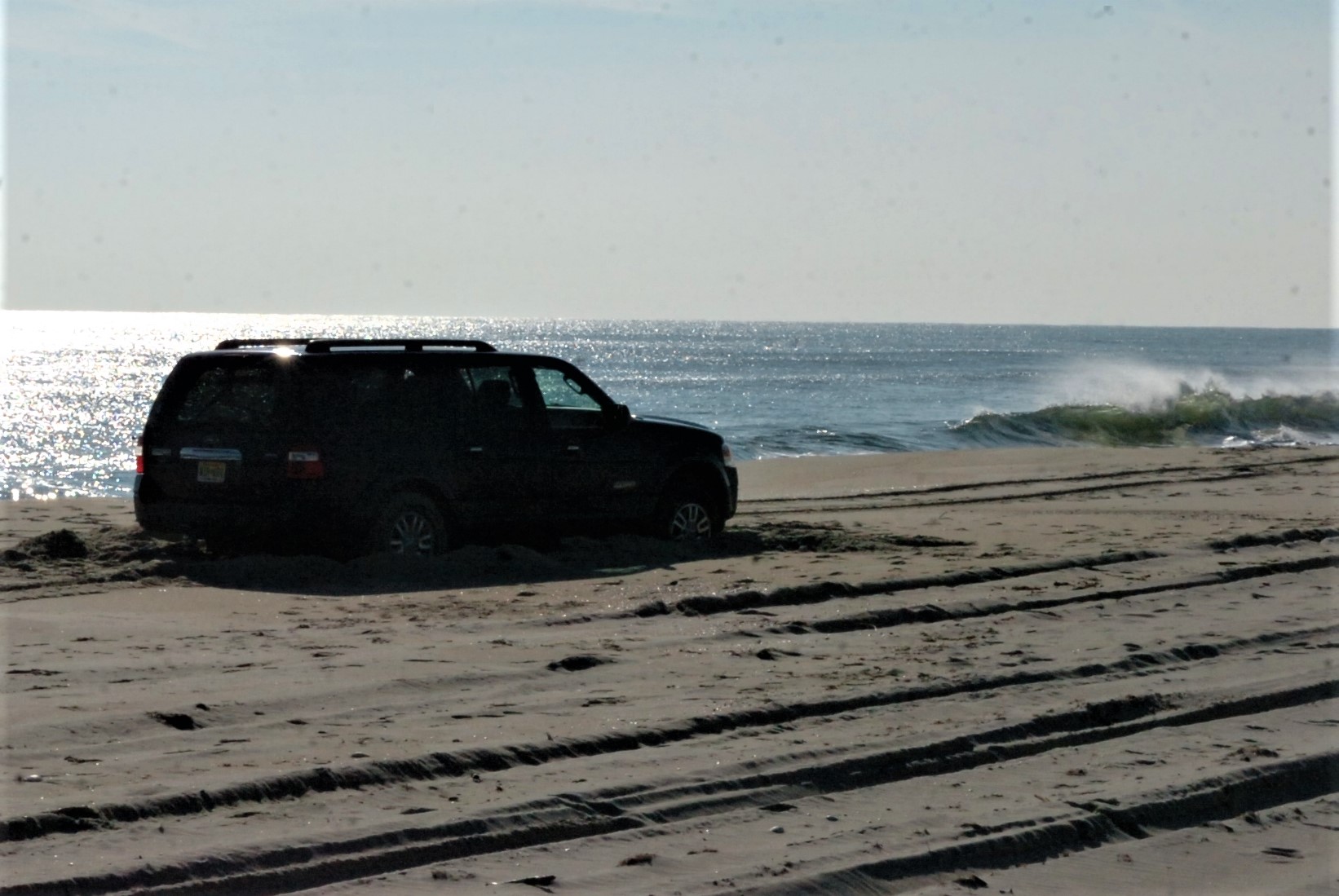 Wednesday, December 12, 2018: We have a small window of schoolie bass fishing opportunity until late Friday, then things get wet and a tad tricky, wind-wise. By weekend’s end, NE winds could be SCA grade, though not by that much, i.e. no major storm. Long term, I’m feeling good about my prediction for Christmas being warmer than Thanksgiving. In fact, there are some long-range projections for mild spells into January.

Below you’ll see more cheers for togging. I feel we seriously earned access to those tautog after what amounts to moratoriums for a chunk of the year – going back many a year. Not that it’s an exact match, but check out the success California has had by managing. 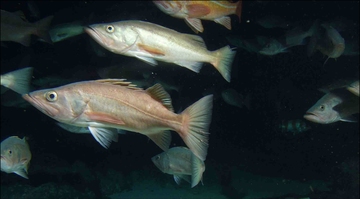 BAGGING IT: In the face of the hubbub over Stafford Township's single-use plastic bag ban, I was asked how the rapidly spreading plastic bag ban might impact bait shops. I’ve been told that it won’t. The tackle shop bags used for minnies, eels, worms, bunker, mullet, etc. are apparently good to stay. I’m not sure about larger check-out bags. Those are the larger bags to hold the smaller allowable bags.

Trenton is about to enact a statewide plastics-control law. That might distantly impact bait and tackle shops, possibly requiring shops to charge for larger paper check-out bags; though most smaller shops can possibly sidestep that requirement. It’s all in the small print within the arriving regulation.

I’m close to some folks very familiar with the impending statewide legislation, so I’ll keep you posted. As of now, it sure seems like plastic straws and Styrofoam food container are on the way out. Whenever I think of Styrofoam, I flash on the mess crabbers leave behind with those chicken parts containers. Won't mind seeing them outed. However, it’s possible such pre-wrapped meat items, supported by Styrofoam plates, might be allowable. Again, the final legal wording will tell it all … maybe. 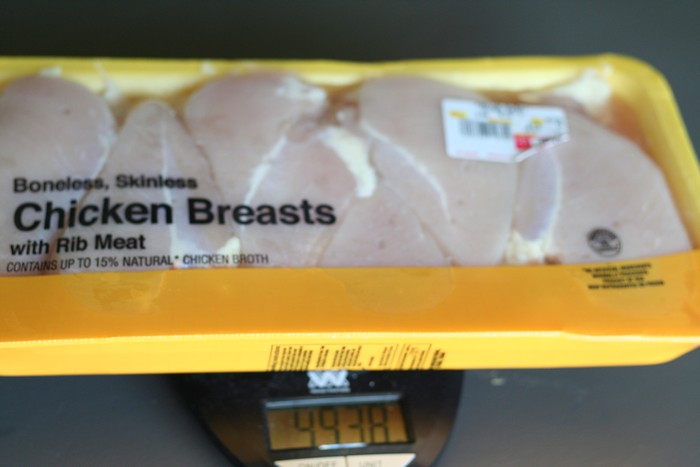 Not sure what will replace these ...

NJ Division of Fish and Wildlife
On October 21 in Cape May, DFW Conservation Police Officers Brian Tomlin and Timothy Raker caught three individuals. They had a total of 27 tautog over the limit, 26 of which were also undersize. Two of the individuals in this incident were repeat tautog offenders.

The officers were able to return most of the fish to the water alive.

As a result, the individuals’ fishing gear was seized, and they were issued court appearance mandatory summonses. At the time of the apprehension the legal possession limit for tautog, also called blackfish, was one fish of at least 15” in length.

On November 27, in Lower Township Municipal Court the following judgements were entered.

Guang W. Lin, 45, of Philadelphia, PA entered a guilty plea to a charge of “Possession of seven tautog under legal size,” and two charges of “Possession of six tautog over the legal limit.” A total penalty of $1200 was assessed. This is Guang W. Lin’s third conviction on tautog violations. Two of the three convictions occurred within the past 5 years. He received a statutory two-year suspension of his hunting and freshwater fishing privileges.

Guang F. Lin, 54, of Philadelphia, PA entered a guilty plea to one charge of “Take or possess six undersized marine fish (tautog).” A penalty of $400 was assessed. This is also Guang F. Lin’s third conviction on tautog violations. Two of the three convictions occurred within the past 5 years. He received a statutory two-year suspension of his hunting and freshwater fishing privileges.

All license suspensions are submitted to the 46 other Interstate Wildlife Violator Compact member states for consideration of reciprocal suspension.

Existing regulations require operators of Atlantic highly migratory species tournaments to register four weeks in advance of the tournament. Operators must provide contact information and the tournament’s date(s), location(s), and target species. Tournament registration can be done through the Atlantic Tournament Registration and Reporting system.

Tournament operators can also request educational and regulatory outreach materials from NOAA Fisheries at the time of registration.

For further information on concerning reporting Arietta Venizelos at 305-361-4214.

Dante Soriente
It's late in the season business has slowed but the Tog bite is on. Now is the time for that hog we all want. Jigs have become a staple to blackfishing over the past few years and have helped me

Land 10 DD Tog last two falls. If your heading out stop by one of our shops and try some out I'm positive you won't be disappointed.

Playmaker Fishing
The rumors are TRUE! We recently hooked up with a big Bluefin tuna while bass fishing 2.5 miles off the beach. We had it on the right rod/reel (Shimano Trevala jigging stick 80-200lb class with an Avet HX 4.2 Reel with 65lb braid). We also had the right angler, Ledge Fever Captain David Cohen on the rod. After chasing the fish for over an hour through the fleet and having it straight up and down under the boat, the fish straightened the hook on the mojo to live to fight another day. Nothing we could do about that!! We ended up 2 miles east of where the battle began once it was over. Certainly the most excitement I’ve ever had bass fishing!!

The bottom line is all these fossil fuel brained representatives of our country believe in. The quick buck, the buck that is here and now, what works to line their pockets, all the while endangering the living of this worlds' futures. They are immune to critical thinking, and could care less about the future or life itself.

About this website
TALKINGPOINTSMEMO.COM
Climate Change Conference Erupts Into Laughter As US Rep Promotes Coal