A novel but highly effective way to expose fakers in soccer ...

During the final phase of the new Causeway:

You recall in "Butch Cassidy and the Sundance Kid" when they used too much dynamite? See: http://www.youtube.com/watch?v=hHXK2t50S-8

The 2017 summer flounder season will be ending in a few weeks on September 5. Meanwhile, the current fluke action off Beach Haven is red hot and at its peak, especially on the inshore wrecks and artificial reefs. The boats of the Beach Haven Charter Fishing Association have been returning to the dock with satisfied anglers and in many cases with limit catches of big fish.

Captain Gary Dugan of the “Irish Jig” reports the fishing has been “very good.” He has had multiple trips with limits on fluke and some nice black sea bass and blackfish for good measure. He has seen some big fish come over the rails up to 26-inchers. He has been fishing the Garden State South Reef and some of his wreck numbers.

Captain Ray Lopez of the “Miss Liane” has also been putting in some varied catches. One recent trip had good action on bottom fish early in the morning and finishing up with some bluefish on the troll. He did his fishing off Barnegat Inlet.

Captain Larry Rosica had a group of five anglers fishing on the “Rascal” last weekend off Barnegat Light. The group found all the fluke they wanted as the entire group managed to limit out. John Banach boated the largest fish, a nice 24.5 inch flattie.

Captain John Lewis of the “Insatiable” reports double digit catches of fluke with a keeper ratio some days approaching 2 to 1. Captain John joined Captain Ray Lopez and Captain Jimmy Zavacky on the “Reel Determined” to take the boy scouts from Troop 112 of Jobstown on a group fishing trip. All had fun with plenty of fluke and sea bass to take home. The boys outfished their adult chaperones. Captain John also reports that the offshore yellowfin catches are coming on strong both trolling and chunking during the day time so the night chunk bite should turn on soon.

Additional information on the Beach Haven Charter Fishing Association and its boats can be found at www.BHCFA.net.

Wednesday, August 09, 2017: That was one gorgeous day. I went outback on it, doing a deep-woods bike-about. Man, is it easy to get out of condition. I still got in a few miles before thirst outdid my modest Gatorade supply. I used to do a solid 20 miles of off-road pedaling in one felled swoop. Maybe my bike is getting old.

The woods are as green as they get. Yes, even the pinelands get a heightened hue of green via the indigenous shrubberies, especially laurels. If you can get in some so-called woods bathing, i.e. time among the trees, do it.

I have a growingly typical slew of fluke photos, all recent. These ideal sky conditions play perfectly into the hands of folks wanting to reconnoiter assorted waters in search of keepers. Undersized fluke are everywhere, including along the beach.

As to the beach, even the areas high and dry as low tide are offering highly fishable deeper water at high tides. What’s more, all these low sandbar tides – along with tons of bathers foot-smashing the bottom – mean there’s loads of forage for the likes of fluke … rushing in with the first signs of tide rise.

Sharks are there for the hooking. Not as good as in recent years but we’re just now getting into the peak of the sand tiger season. Browns are small and the bite is way off. As always, the sharpies know how to pull out the better gray suits.

YETI MADNESS OR WHAT?: I promise I’m not being uppity or overly pragmatic but what is bloody hell sets the Yeti coolers in some other dimension, price-wise? A buddy paid $349 for a 45-gal.

While I’m certain the Yeti of coolers must have some sweet qualities, I always sense that top-ticket items are out there just to entice folks with too much money to think properly, or, so little money that they have to buy top-shelf offerings so they can put on airs of luxury.

Check out the meta-message easily seen in this Yeti website photo: Obvious well-healed folks with the uppity BYO cooler. La-ti-da. 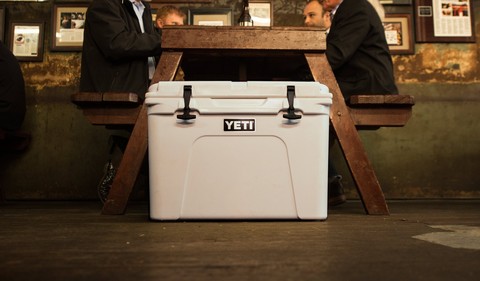 That said, I can relate to go-big/go-home thinking. When Van Staals first came out, the company's pricing was so outlandishly high that many a shop refused to even carry them. Then, the mysterious must-buy-high syndrome kicked in. The Van Staals made a million in an industry that seldom offers blue-chip potential. Admittedly, there was a wonderful quality factor ... but $450 worth? I still haven't negotiated that, uh, trade-off.

Now, there are dozens of sky-high-priced fishing-related items, including more upper-end reels than even richos can keep up with. Hell, even trickle-down fishing doodads likes of pliers have some titanium-laced brands that are selling what we once paid for a nice fishing reel. Sunglasses? Blinding prices. Hell, we’re talking second mortgage spectacles in some cases.

It was Oscar Wilde who said “I have simple tastes … I like the best.” And that’s admirable, providing the costliest really is the best -- not just the sexiest.

Understand, I have no room to talk ... on a small scale of bestness. I walk into Wawa and go straight for a most expensive brand in the place. The thing is, I’ve tried them all and my fave mango Haagen-Dazs lives up to its cost. It's a bit like a quality-to-cost ratio.

Moving up the Joneses ladder, I'm pondering -- make that pricing -- an upgrade from my still-working once-$400 Van Staal. To step up, I'm looking at an $899 price tag.  That’s a highly rhetorical question since I’m happily in possession of gorgeous custom-made reels by a fellow named Spyron Alexakis. 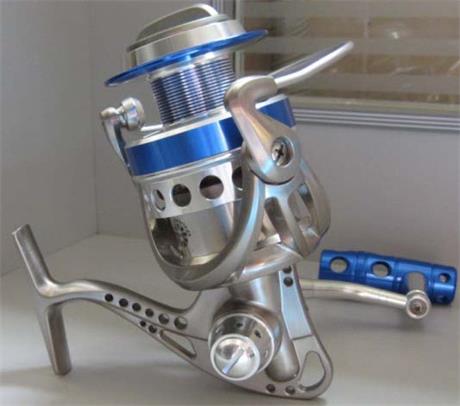 Hard to believe but this began as my questioning what I consider an insane, if not bizarre, price line for Yetis.

I won't be getting one but I will be pursuing my line of questioning as to their quality-to-cost ratio. 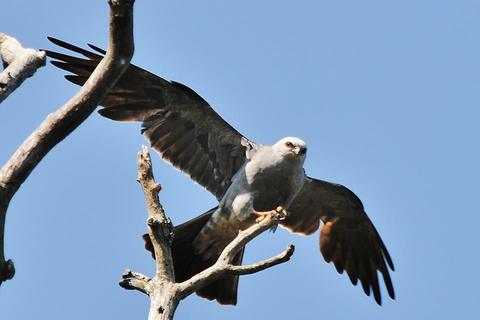 According to Wikipedia, Mississippi kites breed across the central and southern United States, but in recent years they have been recorded as far north as the southern New England states. (They migrate to southern subtropical South America in the winter.) A breeding pair has been seen in Waretown in the past few years, and Mike and I saw one of theat pair today. With help from fellow birder (and my Facebook friend) Donna Mcknight, I got this fairly good shot.

Below: The commercial boys poking a little fun at tuna overreactions by some recreationalists. It is kinda funny. 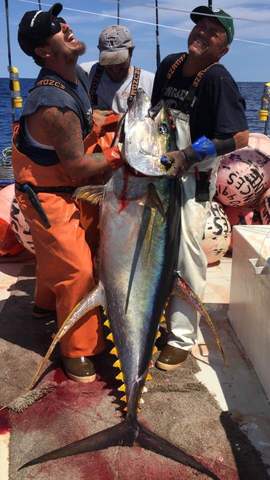 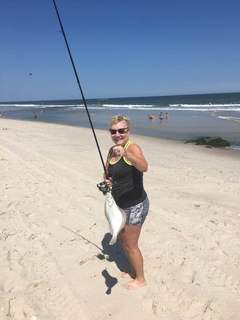 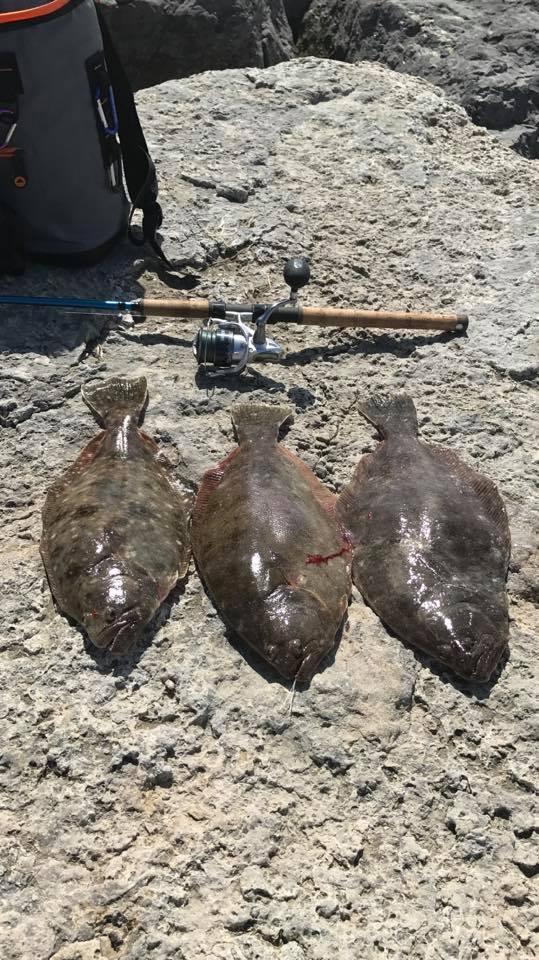 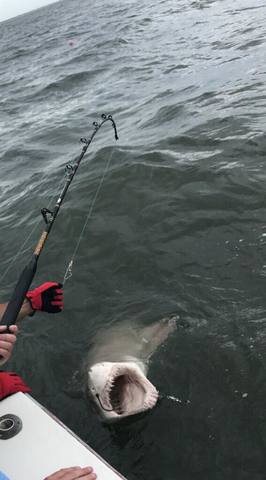 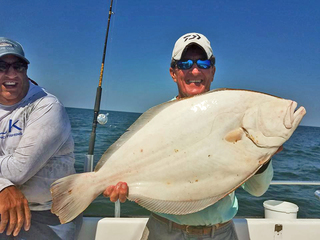 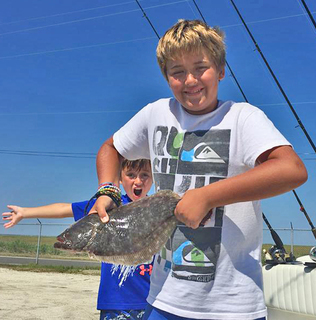 A Jersey Shore town is declaring war on inconsiderate sun worshippers who set up massive tents on the beach.

Officials in Belmar, New Jersey, are vowing to end “beach spreading” by banning all tents that are more than 3 feet in height and width, according to local media.

“We are going to move forward on a prohibition on those large tents,” Belmar Mayor Matt Doherty said Tuesday, according to NJ.com.

According to town officials, the large tents block the view for beachgoers and take up too much space on the beach.

“It lessens the experience when (people) come to the beach at the Jersey Shore,” Doherty said. “They can obstruct the view if there is a swimmer in the water.”

The tent ban would only take effect during the peak beach season from Memorial Day to Labor Day, according to the mayor.

“So if people want to go and have a picnic (during the off season), they can bring their tents,” Doherty said, according to the news outlet.

“But during the summer months, I think people have an understanding that it’s going to be busy, and they simply take up too much room.”

A public hearing on the matter will be held Aug. 15.

If the ordinance is passed, it will go into effect next summer, and Belmar will join Long Beach Township, Avon-by-the-Sea and Seaside Heights, which have similar bans in place.