It's a lot easier just singing into a fan ...

Wednesday, August 03, 2016: Angling of any sort is being blown sideways again today. The NE winds are the proverbial “brisk.” I see it almost reaching 20 mph in gusts. The ocean has responded with some sizable surf, especially for summer; maybe four to five feet with larger sets. The water temps remain mid-70s but the eelgrass influx has backed off. It’ll still be tough fishing for kingfish as high tide.

I used to fish from the hatch when targeting kingfish, croakers and spot in the swash. While our local bloodworms can’t hold a candle the Massachusetts bloods, we often have a real decent showing of smaller worms. I used to dig them professionally, mainly in the spring since they were an ideal size for winter flounder. Also, I could dig them before the New England worm digging season. The collapse of that spring fishery ended that backbreaking work for me. I was happy to retire. Brutal and muddy stuff. However, more for fun, those tiny worms were not only ideal for the likes of kingfish but had to have a look and feel of worms familiar to local panfish, i.e. fishing from the hatch. If this becomes a banner kingfish year, I might have to break out my trusty mud-turning tools. Gospel truth, the Martha Stewart brand garden fork was the best bloodworm digging fork I’ve ever found. 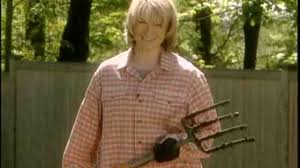 When kneel-digging, the 4-tined hand-digger is best. It also shines for kneeling clam digging. Mixed bag ... There are a few "bass' bloodworms to be found in Jersey mud. 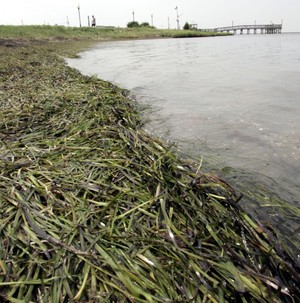 I knew I’d get someone asking why the eelgrass comes in with the NE winds. By my theorizing, it has to do with more radical tides that comes with these winds. Such tides increase ocean water influx into the bay.

But how does tons of eelgrass fit in?

Along with a natural process whereby summer eelgrass beds shed older blades, replaced by newer ones, boats chew up eelgrass beds like a fleet of crazed weedwackers. In fact, fresh green blades seen flowing loose on the bay surface have most likely been cut by prop blades. Darker blades are sheds, or dead grass stirred off the bottom, often by prop action. Loosed eelgrass floats around in mats within the bay, often huge mats … as any boater who has to stop to clean out clogged intakes knows all too well.

Now back to those northeast winds.

By direction alone, those winds blow more ocean water into the bay than any other wind. Tidal flow and the accompanying bay/ocean water exchange increases, often dramatically, with a northeast wind flow. Things get even more intense during already astronomically-enhanced tides.

After just one day of brisk NE winds, you start to see the bay waters rise, especially in backwater areas, a zone often loaded with floatables, like grasses and trashes.

What goes in, must come out.

Acting something like a bay cleansing device, the NE-wind tidal flow first lifts bayside floatables upward, during incoming tides, then transports them seaward during outgoing. This process is technically known as evacuation, part of a tidal water exchange. In a single outgoing tide, sometimes weeks of accumulated free-floating eelgrass can be transported through inlets. Barnegat Inlet is famed for its powerful outgoing currents, meaning it can carry immense amounts of eelgrass.

But the northeast winds aren’t done their job just yet. Once tidally assisted out of the bay, literally tons of eelgrass are forcefully pushed south to southwest by surface ocean currents. Virtually, all LBI beaches are quickly getting cloaked in eelgrass.

This natural bay-to-beach eelgrass process is as old as the hills. While such wash-ups are now the bane of public works crews needing to keep beaches NBS (nothing but sand), there were times past when beached eelgrass was very well-received. It was profitably collected and sold as filling for the likes of car seats.

Below: Ever see eelgrass seeds? 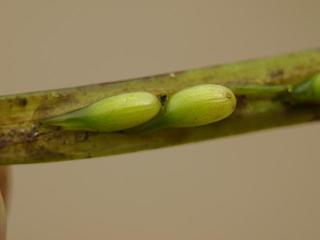 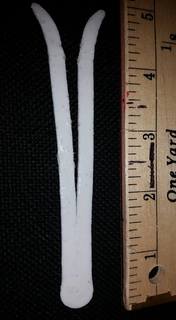 
The Fluke don't even fit in the bucket here? No DD's today but a ton quality fish up to 8.5lbs 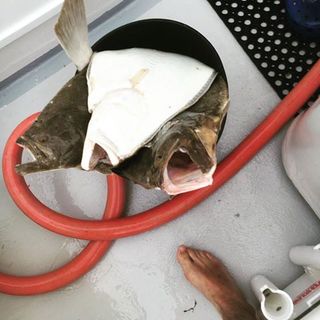 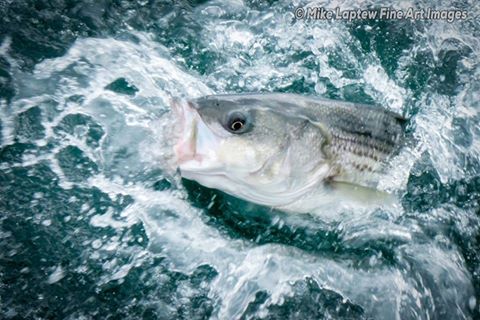 Day #6 of the Fish Photo Challenge has me submitting my photo from today’s fishing trip. I was filming the new Sebile Magic Swimmer Soft and this bass literally inhaled it. I nominate Ata Bilgili to join in the fun.
— with Ata Bilgili.