Wednesday, August 08, 2012: It’s a sultry day but not a load of sun -- and light winds, just enough to get a real sensitive ocean/reef-area fluking drift going.

How about this close up of hard-core angler Derek’s hook-up this morning?
He had a rig with two hooks and landed a large 24-inch fluke. Trying to keep his reel out of the sand, he held the rod up, allowing the weight of the fish and sinker to steady the line. As he reached to unhook the fish, it chose to unhook itself – suddenly loosing the tension on the line and driving the 2nd fishless hook and GULP upward at sure-set speed. His finger got the point. Yowza. Been there/done that and I still cringe.

Derek got full foul-hook penetration. The hook went in right at the knuckle and continued on its pointed way almost to the area of the cuticle.
It was not one of those quick beach fixes. It was hospital time, where even the doctor, after numbing things up, had a helluva time driving the barb back through the skin, having some soft cuticle blocking an easy push-out.

Quite cool that some photo record of this fun beach event are on record. And did the beached fluke, looking straight up, derive any sort of final pleasure watching his hooker become the hookee? If so, that filet sandwich will taste a bit sweeter. \

The cruel town is Surf City, where no 10-to-5 “sports” or “game-playing” are allowed -- much less fishing. That’s due to Surf City’s mayor-king Connors, as spiteful and despotic a self-ordained leader as LBI towns have ever seen. It’s his way -- or off with your rights.

He has ordained you can’t walk onto the beach in street clothes. This is in full violation of the state constitution, which guarantees the right to access the beach and ocean. He simply knows that the extra money he earns before this illegality is found out by state authorities will more than cover any fines eventually levies against the town – unlikely as they are.

Truth be told, I think he’s kinda lost – as kings often do after too long in the throne.

A bit of the fishing track but news gerund to our area – or not.
Our Governor passed: SS for S-199/ACS for A-789 - Prohibits first responders from photographing persons being assisted or disclosing photographs of such persons without their consent.

This came about after a local resident first saw images of a tragic car accident involving loved ones on YouTube -- before she was even notified of the accident! A first-responder had taped it on-scene and instantly got it on-line. 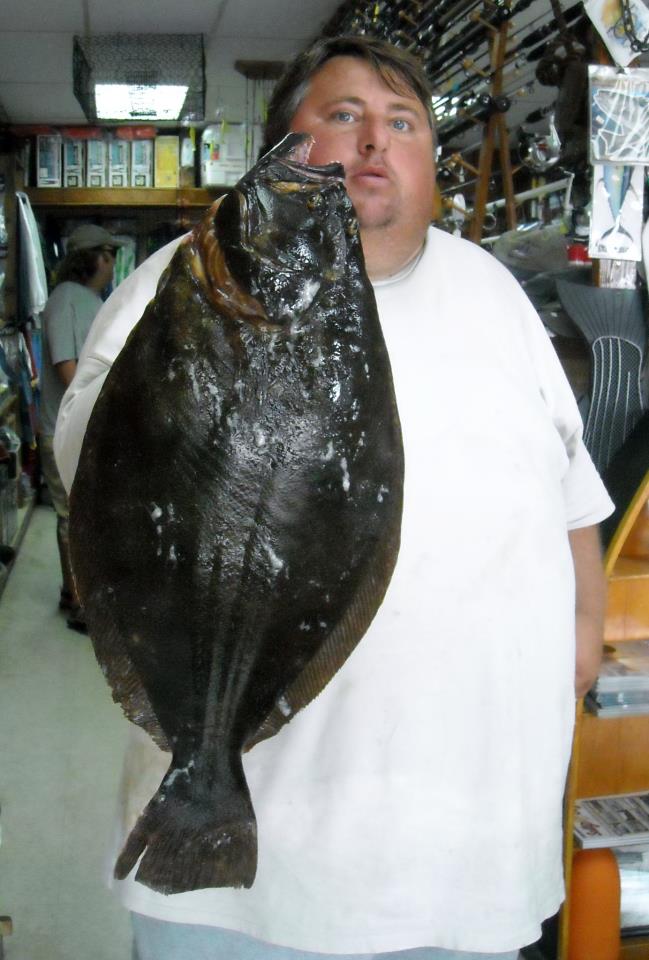 ABOVE: Pete caught this 7-6 fluke today on Miss Beach Haven. His fish was caught on mackerel on the morning trip.