Weather word ... Monday, September 08, 2014: The nor ‘easterly winds have arrived as scheduled. It’s honkin’ one good out there

Monday, September 08, 2014: The nor ‘easterly winds have arrived as scheduled. It’s honkin’ one good out there – but nothing we don’t see a couple/few dozen times a year. The problem is the winds may stay longer than first forecasted. Look for east to northeast winds at steady 20 mph, touching 30 mph tonight, lasting into Wednesday. It’s lookin’ a bit like an old-fashioned three-day nor’easter – which have become very uncommon in recent decades. Growing up, every summer would seemingly end with a three-dayer.

The ocean has instantly responded, as it always does with NE winds at a SCA level. The surf will be pushing 7- to 10 feet at the height of the winds. Add to that full-moon tides and the highs could be worse than I predicated in here yesterday. We could very well be seeing some tide-stacking, which’ll make it rough for tightly tied up vessels. Again, many boaters now go home for the week so their tie-up  on Sunday might be a cleat-buster by Wednesday.

Could this blow be a sign we’re in for a hellacious winter? Not really. The more telling storms and cold fronts will show in November or later. Now through Octobers are just like preseason football. Go Steelers and Eagles – and maybe Jet and Giants. Hey, I gotta up my odds after getting badly bounced with NASCAR and nonstop bad luck for Martin Jr. and the boys of Furniture Row.

I’m still clinging to that one long-range, computer scenario that puts us just a little south and east of the horrendousness that surely seems likely, beginning in late December.

A deep woods buddy of mine has amassed the largest piles of firewood he has ever cut for a winter he feels the “bugs are warning me about.” I had a sense he has been in the outback a tad too long. Now, if it has been the birds warning him, it’d make perfect sense.

There will be no surf or boat fishing to be had until Thursday. In my rammier days, during blows like this I’d tap the Causeway bridges for night bassing and weakfishing.  I’m guessin’ a few folks might try this.

HOLGATE HAPPENINGS: If only the far tip of Holgate was open we could take the nor’east winds at our backs down there. However, I had to drive through some beach overwash at high tide yesterday afternoon -- and the ocean had not even started to wave up. I can’t see any Holgate transit with the higher tides to come. The ocean and bay will surely swap spit at the 5,000-foot marker.

LBI ROADWAYS: The standard flood zones of the Boulevard will be filling up to the gills. I can even see the flooding reaching moderate levels at all those regular-suspect spots. Right lane driving rules on the Boulevard are surely suspended during flood conditions. I’m just guessing at that. Since this is not a heavy rain event, Central and Barnegat avenues should remain relatively passable in Ship Bottom, except for the south end of Central, which always sees tidal flooding.

Kevin Graham weighed in a 10 lb fluke today. He reported fishing the Miss Barnegat Lifht and catching a bunch of fish. He said 10 plus.

MAKE SURE TO WATCH THIS TO THE END: 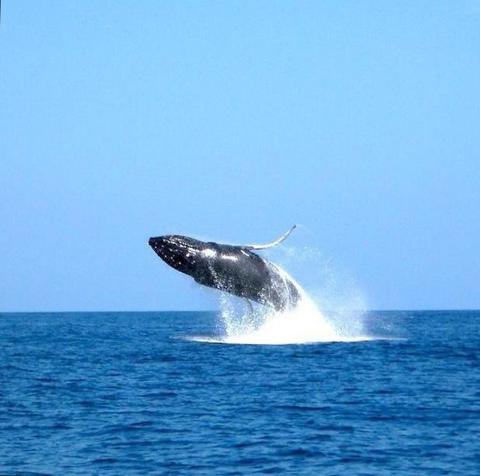 She's baaaaack! Our little grey seal has returned! This time to Longport beach this past Friday 9/5. Since this is her 4th time stranding she has been deemed "unreleasable". The MMSC and National Marine Fisheries will be actively searching for a permanent home for our little girl. We will continue to keep you posted on her progress!
Unfortunately, this past week while she was on the local beaches people got much too close causing her undue stress. Please remember that of you see a stranded or injured marine mammal it is a federal offense to get within 50ft of the animal. Please stay away from the animal and notify the MMSC right away.

2 of rarest of all lobsters caught 5 days apart


A RAINBOW OF LOBSTERS

Most American lobsters have a brown or greenish cast before cooking, but when they have genetic defects, they can come in a rainbow of colors. The odds of finding an odd lobster:

Source: Lobster Institute at the University of Maine, Orono

OWLS HEAD, Maine — One week after a Maine teen and her dad caught a rare blue lobster near Portland, farther up the coast veteran lobsterman Joe Bates discovered what researchers consider a 1-in-100-million find: a white lobster.

"When the trap broke the water, it stuck right out. And I was really surprised and a little bit excited just to see it," Bates told New England Cable News. He caught it Aug. 30.

Then on Thursday a couple of miles to the northwest, lobsterman Bret Philbrick caught a second albino crustacean off the breakwater in Rockland.

A person is more likely to drown — 1-in-3.5-million odds — or get attacked by a shark — a 1-in-11.5-million possibility — than see an albino lobster, according to the Lobster Institute at the University of Maine in Orono and the folks who keep the International Shark Attack File at the Florida Museum of Natural History in Gainesville. No one has calculated the odds of finding two 1-in-100-million albinos in the same week.

Under normal circumstances, both of these crystal lobsters would have been tossed back because they were too small to harvest. But the Maine Marine Patrol made exceptions and they were brought to Owl's Head Lobster Co., about 65 miles south of Bangor, where 45 boats haul in more than a million pounds of mostly brown or dark green specimens each year.

The two white lobsters are being housed in the same crate now, but one will get a new home at Maine State Aquarium in Boothbay Harbor and the other will go to Brooks Trap Mill in Thomaston, a marine supply store just east of Rockland that has a tank of other Maine sea life.

Although Bates has not won Mega Millions with its 1-in-259-million odds, he won the lobster lottery again Monday, catching a yellow specimen. Those odds? 1 in 30 million, according to the Lobster Institute.

Seconds after Richard Sawyer Jr. steered his lobster boat Just In Time to his dock at Jupiter Point in Groton Thursday, his son and grandson began carrying armloads of empty wire traps onto shore.

That afternoon, they would empty their boat's hold of 140 of the traps the family set this year in the part of Long Island Sound known as The Race, netting just 110 legal-sized lobsters from the haul, which they'll sell to wholesalers for $3.50 to $4.75 per pound.

All last week, the Sawyers worked to get all 700 of the traps they set this season pulled up and back on shore for the closure of the commercial lobster season, which takes effect today. Last year for the first time, the state closed the Long Island Sound lobster fishery from Sept. 8 to Nov. 28 in response to persistent declines in the lobster population. As the start of the second seasonal closure approached, the state's few remaining lobstermen said they're once again left taking a hit from what they characterize as a futile attempt to restore the dwindling numbers of the popular crustacean.

"It (the closure) hasn't done anything but stop us from fishing," Sawyer said.

He, like other lobstermen, say reducing the lobster catch won't solve the problem. The remaining lobsters, they say, are now likely to be eaten by the flourishing populations of scup and black sea bass rather than ending up in traps, and the real cause that is not being adequately addressed is the water quality in the estuary. The real culprits, they contend, are pollution from sewage treatment plants, pesticide residues and the effects of climate change, which is causing water temperatures in the Sound to become too warm for lobster metabolisms.

"The state of Connecticut as well as the federal people are not good stewards," Sawyer said.

During the peak years, the Sawyers would set more than 1,000 traps, bringing in some of the largest hauls in the eastern Sound, where the lobster fishery remained viable for longer than in the central or western Sound. But now, the elder Sawyer said, they barely turn a profit after paying for fuel and bait. What will they do when the closure ends?

"I don't know whether we'll fish again next year," he said. He even suggested that the commercial lobster fishery in the Sound should be closed completely rather than for just part of the year. That way, he said, he and the other remaining lobstermen might become eligible for some financial assistance. His son, who plans to find another job during the closure months, agreed with his father that the regulators' actions have been inadequate.
"Even if they listened to us, the horse has already left the barn," said Richard Sawyer III.

David Simpson, director of marine fisheries for the state Department of Energy and Environmental Protection, said the closure was the right decision given that there's been no sign of recovery in the lobster population. Twice-annual surveys of marine life conducted by DEEP showed a peak in the lobster population in the late 1990s, when they accounted for about 20 percent of the catch netted aboard DEEP's research trawler. In the most recent data, from 2013, they account for less than 1 percent. He agrees that a complex combination of factors including warming water is at fault but remains convinced that the closure was an appropriate response.

"Absolutely, it (the closure) was the healthiest thing to do for the industry as well as the resource," Simpson said.

"The resource could use even more conservation. But the closure has helped the fishermen to look to other ways to make money."

Most of the state's lobster catch, he said, has historically been landed by a few full-timers, with the rest setting pots as a part-time occupation. At its peak in 1998, 3.7 million pounds of lobsters were landed by the state's commercial lobstermen. That compares to the 2013 catch of under 120,000 pounds.

Simpson said that last year, the overall catch was down by about 100,000 pounds compared to the previous year. Only about 10 percent of that, he estimated, was because of the 12-week closure. The rest, he said, happened because "some fishermen, once they hauled their gear out, chose to leave it out."

Some of the lobstermen turned to catching conch, also called whelk, which can be caught in the same gear as lobsters. But due to overfishing, that fishery is also in decline, Simpson said, so he doesn't expect that will be the case this year.

Nicholas Crismale of Branford, president of the Connecticut Commercial Lobstermen's Association, said there are only about 10 active members of his group remaining. After making his living lobstering for 40 years, he quit three years ago and now harvests clams instead.

"The lobster industry in Long Island Sound is basically gone," he said, adding that he believes poor water quality is the main culprit.

Another lobsterman, Bart Mansi of Guilford, said he fished for conch during the closure last year but isn't planning on doing that again.

"The conch catch has been down," he said. "This year we put out 800 lobster traps in the water, but the fishing was horrible. I don't know what we're going to do."

Joe Healy of Niantic was a part-time lobsterman after he retired from the law enforcement division of DEEP, but he gave that up a year ago.

"I quit when the closure started," he said. "I didn't do anything this year because there are no lobsters." 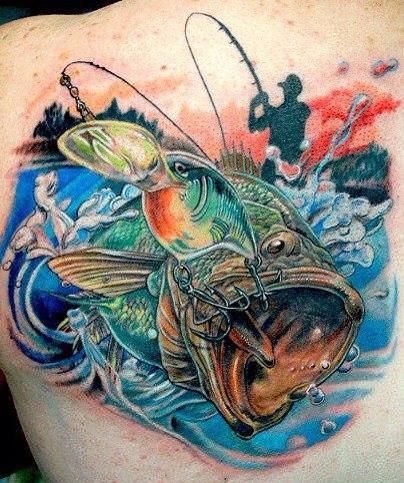