Above: I caught a late-day chat between a snowy egret and a great white heron. Holgate.)

Tuesday, September 16, 2014: I’m flush against my weekly deadline, unable to beach it. I’ll hit Holgate early mañana. Should be some good stuff-lookin’.

Yesterday evening, I was throwing a silver mirror-finish Bomber in the back cut of Holgate and got five tailor blues and, surprise, a weakfish, maybe 15 inches long. It was almost dark so I didn’t go to the trouble of livelining a large mullet but I’ll bet there was still a weakies or two to be had – among the ravenous blues. T’was a time not long ago when that back-cut would come alive with mullet-run weakies, always toward dark and most often only catchable using live or fresh-dead mullet. It has been far from a bright weakfish summer, after a few fairly decent ones in succession. No guessing why.

By the by, Moles Bait and tackle is selling spot in wholesale qualities. Check https://www.facebook.com/molessportfishing.charters?fref=ts&ref... .

BIRD DEHOOKING 101: Virtually anyone who plugs nabs/hooks an occasional over-anxious gull or even an untimely tern. The trick is to get the bloody thing off the line while minimizing the stress on the bird. Even trickier, is quickly grabbing some dehooking essentials, primarily a larger rag, a small towel or, best of all, a glove. Hey, these are fine fishing accessories to always have on hand, pun intended. Thank goodness for fishing partners -- or nearby folks -- willing to help. First and foremost, DO NOT fight the bird with rod and reel, as if it’s a flying fish. Admittedly, that’s often easier said than done when a hooked gull takes to the skies. Still, the use of the reel’s drag and the play of the rod needlessly lengthen the man/bird struggle.  The sooner rod and reel are out of the equation, the sooner the bird can be controlled, limiting damage.

If the bird goes belly down in the water, batten down the drag and reel it in as quickly as possible. Then, when the bird reaches the beach, lower the rod tip and hand-grab the line. If the bird again takes to the skies, you’ll feel how much easier it is to control via handheld line.

As is often the case, the bound-up bird will fly over to the beach and land. In those cases, DO NOT drag it toward you, via the handheld line. Dragging it across the sand, as it fights and flails, has bodily damage written all over it.  Walk toward it, taking in line, hand-over-hand. The confused bird will quickly get a sense it can’t fight the irresistible force pulling on it. It will get feisty as you get close but you’re pretty much in control.

Now comes the capture -- and controversy.

Many bird folks will suggest throwing a towel or even a blanket over the bird to calm it. I say absolutely not. Remember, this is a bleedin’ hooked bird. It is not your average injured, wounded or to-be-rescued bird, when the blanket-atop method might work. The primary object of the angler is to remove a lure as quickly as possible – not to psychologically manage the bird into finding inner peace. The problem is throwing a blanket or towel over a bird then requires something of a jump-upon and push-down action, i.e. groping around to locate the now concealed bird. I’ve seen this go very badly, wing-wise, when anglers commence to pinning down an unseen bird. I think you see my rescue point.

Anyway, when using a hand-grab method, you always see where you’re grabbing, with the held line still offers some degree of head control.

Obviously, the bird will try to mount a defense as you reach it. It will viciously peck. I sure would.

Once to the bird, hold the line down to the ground, which will also take the bird’s neck downward. This allows for a gentle neck grab. I said “gentle!” You don’t need to go all cobra on the poor thing. Remember, you’re not handling a venomous snake here. NEVER pin the bird’s neck to the ground, again, all snake-like. Birds have very delicate (hollow) bones. Just grab firmly but gently just under the head. You’re in control.

Once the bird is in hand, it’s time to control the wings. That’s done by tucking the bird’s wings/body under one’s arm. Do not overly caress the body.

DO NOT cut the fishing line … yet. If you cut it now and the bird gets out of hand, it flies off with the plug in its mouth -- bad for the anglers and the birds. Next, with wings under arm, I prefer to gently hold the bird’s head on my knee, to get a good look at the problem.

By the by, with bird in hand (and under arm) you have some time to seek out pliers and such. In fact, the bird often calms down at this point. I’ve been seen walking a goodly distance back to my truck with bird under arm. Obviously this greatly annoys the bird but if reaching a pair of pliers is at hand the bird will win in the end.

Bird hookups are often quite similar fish hookups, even to the point of having two or three treble hooks from a single plug having found beak or body meat.  Using the same strategy as unhooking a fish, remove all hooks using hand or pliers. Just be a lot gentler than with a fish. I’m guessing that surgeon anglers can do it better than you and I.

Once the plug is loose, it’s vitally important to determine if the line is wrapped around the wings of the bird, as it often is. If so, cut the line and pull gently to free it from the wing(s). It might take a second or third cut of the line to loose the goose, so to speak. Make sure all line is remove, even as small, tight loop around the base of wing can prove fatal in the long run.

(Below: Some folks just cut the line when a bird is aboard. No comment.) The final release is hugely important. Walk away from vehicles or anything the bird it might fly into, during a blind flight to freedom. Do not throw it into the air. Bend over and release it near the ground, simultaneously loosening grip from neck and wings/body. More often than not, the bird will hold  ground before flying off.

(Below: Of course, there are two sides to every wing.) 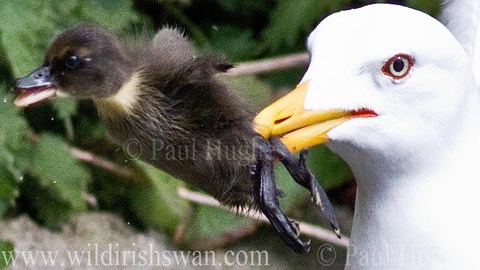 One of the least thought-through uniforms of all time (Columbia): "Honk if you loved Joey!"

Paradise Funeral Chapel has installed a window that displays a body inside the building. Curtains over the window automatically open when a car pulls up, and mourners get three minutes to view a body as music plays overhead.

President Ivan Phillips says many people are afraid of funeral homes. He says his drive-through allows people who might not otherwise visit the funeral home to honor the deceased.

Phillips says it's up to each family to decide if they want to use the window. His business also offers a silver, horse-drawn carriage to bring the dead to nearby cemeteries. East Coast surfers rejoice! The latest ‪#‎PurpleBlobOfTheWeek‬ is brought to you by‪#‎HurricaneEdouard‬. 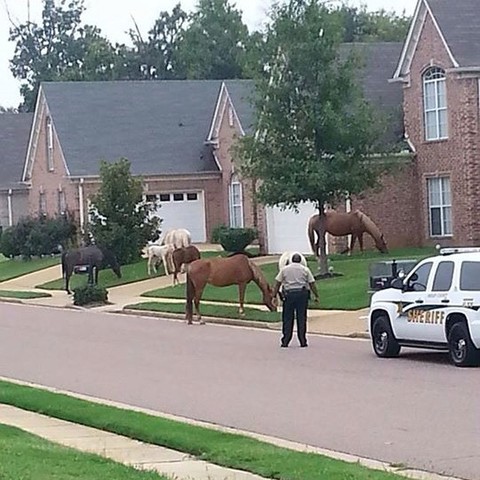 Sushi eaters could face sticker shock the next time they order a California roll or check the box for another round of yellowtail nigiri.

Thanks to the historic drought in California, prices may spike for the specialty rice used in the popular Japanese dish. Production of the rice, which is grown primarily in the Golden State, is expected to drop by 25 percent this year.

California — and the Sacramento Valley in particular — is the nation’s primary source for the high-quality short- and medium-grain rice used in sushi and is a major supplier of the rice for other countries, too. But the state’s 2,500 rice growers this year planted just 420,000 acres, about a quarter fewer than usual, because farmers weren't allowed to use water for more, according to the California Rice Commission... Florida restaurateur trying to upgrade the image of mullet

BRADENTON, Mullet can be found just about anywhere in Florida. Yet, despite its large presence, the local fish is not found on many dinner plates around here.

While the roe from mullet is considered a delicacy in other countries, the fish does not have the same status here.

Ed Chiles, owner of the Chiles Restaurant Group, which includes the Sandbar in Anna Maria, the Beachhouse in Bradenton Beach, and the Mar Vista Dockside on Longboat Key, is hoping to give mullet an image makeover.

Chiles, who has a long passion for preserving the heritage of Florida and Manatee County, has been working to change the negative perception that surrounds mullet.

"In the old days, people used to think lobster was trash seafood and grouper was trash fish, 40 to 50 years ago,” said Chiles.  “We have the ultimate sustainable seafood in our backyard."

Chiles said in addition to mullet being found in abundance throughout Florida, in coastal rivers and bays and along our sandy beaches, gray-striped mullet is high in lipid fats and omega-3 oils.

He said it’s arguably the most sustainable, organic seafood resource in the state, and it tastes delicious.

"It’s a wonderful fish and it has great flavor," he said.

Chiles said 90 percent of all seafood consumed in the United States is imported and 50 percent of that is aquaculture. He wants to change that.

To help, Chiles has teamed up with Captain Anthony Manali, who casts his nets off the coast of Anna Maria Island.

"There’s a bunch of mullet," Manali said. "There’s lots and lots of mullet."

Manali said on a typical day, you can catch 300 to 800 pounds of the fish. Manali catches the mullet and provides Chiles’ restaurants with the freshly-caught fish.

The chefs at Chiles’ restaurants then prepare the mullet, and serve it smoked, fried, grilled, blackened and as a fish dip.

"They’re serving fresh fish that I caught that morning in the restaurant," Manali said. "That’s unheard of."

So far, customers are loving it.

David and Adrianne Roe, who were visiting from California, admit while looking over the menu at Mar Vista they were a little hesitant to try the mullet listed on the menu.

"I don’t know anyone that’s ever eaten it," said David.

But the two gave it a chance. To their surprise, they enjoyed it.

To extend the use and benefit of mullet, Chiles also joined Seth Cripe to form the Anna Maria Fish Company, the first and only company in the United States certified to produce bottarga.

Bottarga is the cured form of mullet roe. It's a delicacy prized in Europe and Asia selling at retail for up to $100 a pound.

The company produces more than 1,500 pounds of bottarga each year