Tuesday, September 04, 2018: It’s a heat repeat out there; a look at Holgate and the Refuge

A woodpecker goes a bit batty ...

Likely a slight deduction for the landing ... despite his jumping up, all, "I meant to do that!" 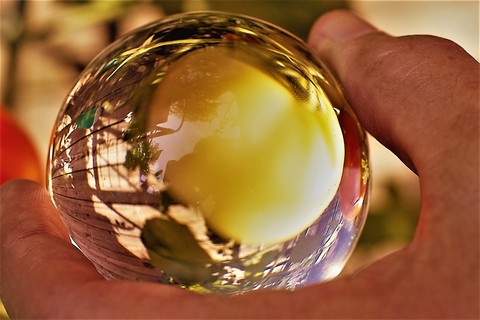 Tuesday, September 04, 2018: It’s a heat repeat out there. Temps aside, it’s exceptionally nice for fluking, be it boat, rocks or beach. Check out the mega-flattie below, taken off Barnegat Inlet. The ocean water temps in into the upper 70s with light onshore winds. It could top 80 with all the sun and heat.

I have to apologize for passing on inadequate Holgate data. It turns out the point of no passage is well north of The Rip. I guess I should have first gone there myself before writing that just the back cut was off limits. That buggy and pedestrian stoppage point takes easily half the fun out of a trip to the “south end.” Definitely not worth airing down for -- unless you want to go after the fairly plentiful fluke in the frontbeach swashes. The currently off-limits Rip itself is surely the preferable fluking territory. It might also already be holding kingfish, though I’ve gotten almost no reports of kings being taken from Barnegat Bay. Kingfish are sometimes caught in blowfish chum slicks. Nor so, so far.

I should mention that the largest brown sharks I’ve ever heard of being caught on LBI came from the Holgate Rip area, always after dark – often mid-summer, when the end was open all year.

Lest it be forgotten, the first closure of the Holgate end was for a three-year state bird study. The study was completed well within that time span but that did not lead to summer passage for the public. The feds had requested, rather strongly, to be allowed to maintain the closure in the name of mainly plover at the time.

In an agreement – one I sought to see but was denied access to, even though I was neither opposed or unopposed to closures – Forsythe instantly gained an inalienable right to carry on summer closures, which has grown some, having begun at an April 15 starting date but having now migrated to a plover-triggered April 1 shutdown. Also, as we’re now seeing, the reopening can be piecemeal, at the mercy of birds and refuge.

While the signing over of state-owned beach property to management by a federal agency seemingly violates New Jersey’s beaches-for-the-people constitutional language, as guaranteed by NJ Public Trust Doctrine, precedents set in other states, like Connecticut, indicate the US Fish and Wildlife Service can exert what I’ve called “adjacency rights.” They allow state managerial rights to be transferred to FWS refuges and its related wilderness areas. Yes, NJ might be able to take over the plover closure and monitoring, but it really wouldn’t be money well spent. Very little would change from the current fed-funded methodology of summer closings.

Per NJ: “The public trust doctrine is recognized in New Jersey and applies to the State's ownership and management of tide-flowed land.”

A far more abstruse beachline issue arises over the refuge’s contracted ownership of land above mean high tide. As to where said mean high tide line might be in Holgate’s erosionally aroused beach area is complex. When timeframe references are added into the mix, things get mindboggling. Here’s a definitional read on the basics of tidal datum related to mean high tide.

“As used in tidal datum determination, it is 19-year cycle over which tidal height observations are meaned in order to establish the various datums. As there are periodic and apparent secular trends in sea level, a specific 19-year cycle (the National Tidal Datum Epoch NTDE) is selected so that all tidal datum determinations throughout the United States will have a common reference.”

That 19-year datum presents an obvious bugaboo, maybe more so in Holgate than anywhere else in the entire nation, I kid you not.

“Mean High Water Line or Mark (is the) line formed by the intersection of the tidal plane of mean high tide with the shore. The mean, sometimes called ordinary, high tide is defined as the median between the spring and the neap tides. The average to be used should be, if possible, the average of all the high tides over a period of 18.6 years. In New Jersey the State owns all lands, now or formerly, below the mean high water line …”

You might have guessed the big ticket item in that definition is “In New Jersey the State owns all lands, now or formerly, below the mean high water line.”

That brings us to the most complex legal point in all of Holgate: Can the management of a federally-defined Wilderness Area, like Forsythe’s Holgate Wilderness Area, supersede state and local laws in the name of what I’ll this time call “adjacent impacts”? I was once militantly told by a former Forsythe manager – and former Marine -- that not only can the refuge readily do so but holds such an action at its beck and call. Said manager and I went at it, majorly, mano a mano, right on the contested beachfront. We were far from brothers in arms in that instance. Since then, far cooler and sensible heads have prevailed. A quiet compromise currently prevails, though the rapid eating away of fully two-thirds of the wilderness area’s front beach has made further mincemeat of the entire 19-year – or is it 18.6-year – “Mean High Water Line” datum concept.

As to Holgate as a Wilderness area, here’s a background read via Forsythe:

“Although the refuge consists of more than 39,000 acres, less than 7,000 acres in the southern division (the Brigantine) qualify as Wilderness. This trailless area, a tidal wetland and shallow bay habitat, is one of the most active flyways for migratory waterbirds in North America. Birdwatchers, binoculars in hand, have zoomed in on close to 300 species, including Atlantic brant and American black duck.

“The refuge is open during daylight hours, but there are prohibitions on camping, fires, horses, kite flying, swimming, flower picking, or anything else that might endanger the wildlife and their habitat. During nesting season (mid-April to mid-July), the area is closed to all public use. In the same protective vein, access to some portions is restricted to people with special-use permits for research and education.”

There’s a load more to this but enough for now. You might want to also check out my weekly SandPaper blog, coming out tomorrow, regarding the proposed terminal jetty and possible interplay with the refuge and the NWS.

The Atlantic States Marine Fisheries Commission’s Coastal Sharks Management Board releases Draft Addendum V to the Interstate Fishery Management Plan (FMP) for Atlantic Coastal Sharks for public comment. The Draft Addendum proposes options to allow the Board to streamline the process of state implementation of shark regulations so that complementary measures are seamlessly and concurrently implemented at the state and federal level whenever possible.

The FMP currently allows for commercial quotas, possession limits, and season dates to be set annually through Board approved specifications.  All other changes to commercial or recreational management can only be accomplished through an addendum or emergency action. While addenda can be completed in a relatively short period of time, the timing of addenda and state implementation can result in inconsistencies between state and federal shark regulations, particularly when NOAA Fisheries adopts changes through interim emergency rules. The only option for the Board to respond quicker than an addendum is through an emergency action, which has a set of criteria that are rigorous and often not met, making it rarely used to enact regulatory changes. The Draft Addendum seeks to provide the Board more flexibility in responding to changes in the fishery for shark species managed under the FMP.

A public hearing webinar will be held Tuesday, September 25th at 5:30 p.m. The details of the webinar follow:

Fishermen and other interested groups are encouraged to provide input on Draft Addendum V either by attending the public hearing webinar or providing written comment. The Draft Addendum is available at

http://www.asmfc.org/files/PublicInput/CoastalSharksDraftAddendumV_... and can also be accessed on the Commission website (www.asmfc.org) under Public Input. Public comment will be accepted until 5:00 PM (EST) on October 1, 2018 and should be forwarded to Kirby Rootes-Murdy, Senior Fishery Management Plan Coordinator, at 1050 N. Highland Street, Suite 200A-N, Arlington, VA, 22201; 703.842.07401 (fax); or comments@asmfc.org (with the Subject line as: Draft Addendum)

A PDF of the press release can be found here - http://www.asmfc.org/uploads/file/5b885d89pr27CoastalSharksDraftAdd....

Measured and weighed at Bobbies Marina. AJ and I were fishing a jetty in Southern NJ when this extraordinary and rare event occurred. A large tuna launched itself out the water while chasing bait fish and landed on the rocks near us. Nobody would go near it except me and this nice fella. While he and I discussed options one lady asked us if we were going to push it back in. I giggled a little and said, "no ma'am, sorry, we're discussing which one of us is going to eat it."

The power of this thing was unbelievable. Whereas most fish merely flop around on dry land this thing's attempts at escape sounded like a helicopter taking off and blasted water and sand 30' in every direction.

He was actually reluctant to take the fish home, because it was so big. But I convinced him not to let it go to waste, and that since he lived fairly close he should take it, and immediately. He agreed and did. I hope he and his family and friends got to enjoy it.