Tuesday, October 25, 2016: It was Lake Atlantic out there today. The flattest it has been since who-knows-when ....

So, I move to the mountains to avoid the hideous dangers of living near the coast ...

Below: Why do the Flintstones suddenly jump to mind? 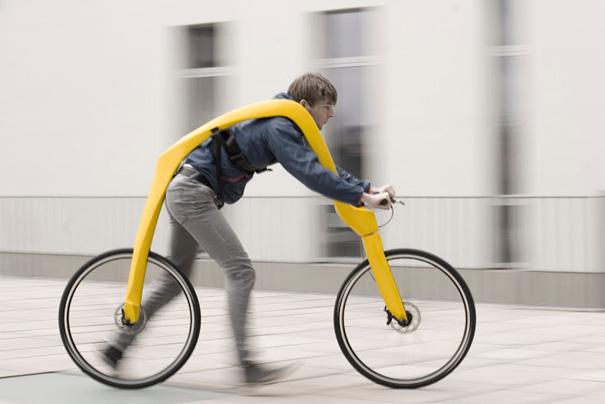 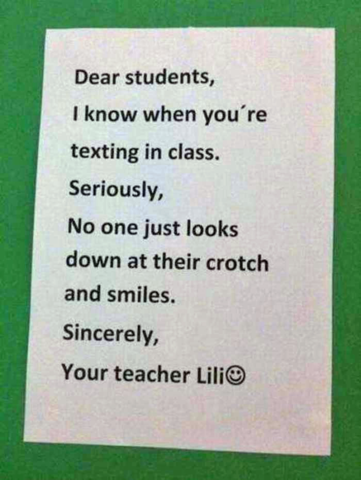 Tuesday, October 25, 2016: It was Lake Atlantic out there today. The flattest it has been since who-knows-when, thanks to ongoing west winds, which haven't been as hard as forecasted.  Water temps are thinking upper 50s ... but still 61-ish.

Check out the beach-look video. Sorta sweet ... albeit low on the fish-catching scale. Sorry about the spotty windshield. It's the drought's fault.

When it rainfishes, it pours. An astounding river of rainfish is running along the beach, north end of the Island to the south end. I hate saying things like “I’ve never seen anything like it.” But if the shoe fit, say it … or something like that.

In fact, anyone close to LBI for a lengthy time has to admit we’ve had an inordinate number of never-befores over, say, that past ten years.

As to what this inordinate showing of rainfish is riling up on the gamefish side of things, I drove past one skunked surfcaster after another, mid-Island, late today.

Thinking they had all been missing something under all the birdplay, I stole an hour off work at toward sunset – on my busiest day of the week, much less.  I jigged, jagged and everything in-between – throwing out a nice Dante jig graced with a flavored plastic, sand-ee lookalike. Even though the rainfish river showed what looked to be some fair-sized surface swirls, I didn’t draw so much as a touch after 40 casts. Yes, I sometime count, as part of my O/C tendency. By session’s end, I realized the frustration those daytime casters had felt, watching the passing baitfish bonanza all day while hooking, at very most, an eight-inch blue.

I think those surface swirls might have been ocean herring merrily feeding. They can issue some impressive swirls. As to where the rainfish action might be going, I have to think after-dark bass bite. I get off around midnight so I’ll be a-cast, jigs and plugs.

Reminder: This is the rainfish, technically bay anchovy. This is the spearing, aka Atlantic silversides: I also have to contend with the draw of very low tides midday, allowing for the easiest clam scratching all fall.

Clams are one thing I’m confident I can catch with a vengeance, thanks to many years of commercial clamming … of which I’m now paying, bodily. I have “clammer’s shoulder,” marked by a humerus and neighboring scapula so highly-abused/eroded it’s not even remotely humorous. It’s my left shoulder, which held the tube-floated basket. It was wrenched into an unnatural position every time I went under for a clam while treading. I average between 1,800 and 2,000 clams … a day! Add that to a load of false alarms – dead clams and assorted bottom things – and multiply by over decade of six-day, four-month seasons.

There I go flashing back. But since I’m on a roll, I’ll be a bit more modern in my flashing by recalling that I have seen bait rivers, like today, go ballistic -- maybe that should be bliztistic -- in short order.

The only problem for readers of this blog, I might not be back at the computer in a timely manner to offer a blog-based alert if things start hoppin’. Yes, I’ve been thinking about getting Wi-Fi -- and reporting “on the scene.” That’ll take some serious donations. Those Wi-Fi charges get steep. Still, live Facebook, via Wi-Fi,  is kinda cool. I’ll work on it. 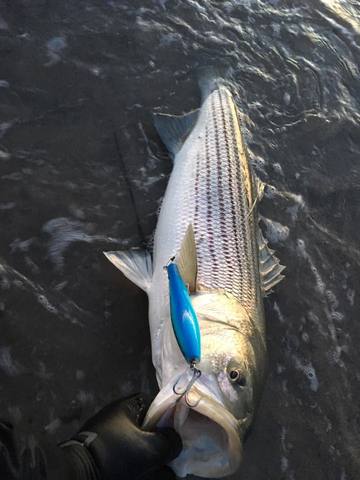 Needless to remind, the snapper blue count remains obnoxiously high. Obviously, chopper blues have yet to arrive – to eat a ton of those little ones.

Re-note; There are nighttime bass in the surf … and they’ll be out tonight. Bait works … and, hopefully plugs.

Meantime, somewhere in the Deep South ... From this week's SandPaper at http://thesandpaper.villagesoup.com/

When Stafford Township Animal Control Officer Kelly Karch responded to a call in Manahawkin Oct. 12 regarding a pair of injured felines, she didn’t expect to find two female cats less than six months old lying on the side of the road with bullet wounds in the side of their heads. The first cat, a black and brown tabby positioned on top of the other, was pronounced dead at the scene, and the other, a tan and brown domestic shorthair tiger, was barely alive.

Karch rushed the struggling survivor to Stafford Veterinary Hospital, where a bullet fragment lodged behind her jaw was surgically removed. The cat’s lungs had quite a bit of fluid in them as well.

“Right now her lungs are clear, she’s breathing great, and she’s eating well. So she’s making a really great recovery in all, considering how we found her,” Karch said Tuesday, Oct. 25.

The surviving cat, which hasn’t been named yet, is expected to need long-term rehabilitation since she’s currently experiencing some vision loss due to possible optical nerve damage. She will be available for foster and/or adoption in the near future, once she’s recuperated enough to be placed in a home. Individuals interested in caring for the cat may call Sue of the Friends of the Southern Ocean County Animal Shelter at 609-709-0470.

“The vet thinks she can live a long, happy life, especially considering she’s so young. So it’s just a matter of seeing how much personality she gets back,” Karch said. “It could take time for her to become trusting of people again.”

A concerned citizen is offering a $500 reward to anyone with information that leads to the arrest and conviction of the person(s) responsible for shooting the cats. Individuals with knowledge about the incident should all animal control directly at 609-597-1000, extension 8525.

“It’s just awful. I don’t understand,” said Mary Ensminger, a Friends volunteer, who was devastated to learn about the “brutal attack.” “You always hear that people who torture and kill animals when they’re kids end up being serial killers. So who knows, maybe it was kids, quote, ‘out having fun.’”

Anyone who recognizes the cat’s picture and may have seen her in a particular area of a neighborhood is encouraged to contact authorities so officials have an idea of where she may have come from.

“Obviously Stafford Township is a pretty big jurisdiction. We have Barnegat nearby, which is also a larger township, and Long Beach Island,” said Karch.

The animal control officer was called to the scene in the wooded area of Stafford Avenue off Hilliard Boulevard, a well-traveled roadway, by a local resident who was out walking his dog around 9 that morning.

Neither of the cats had any identification such as a microchip, tag or ear tip, but both were very clean and did not appear to be full outdoor cats, Karch said. The cats were free of fleas, their coats were clean, and their nails weren’t overly grown, which leads authorities to believe somebody had been caring for them at some point.

But Karch said they’re having trouble really evaluating whether or not the surviving cat was partially domesticated or truly feral.

“She’s very skittish, but she’s also been traumatized,” she said.

The shooting is believed to have taken place no more than a day prior to the call, possibly in the middle of the night or early morning, since the deceased cat’s body was found in rigor mortis, which tends to wear off 12 hours after onset.

As of earlier this week, Stafford Township Lt. James Vaughn said the police department had no suspects or concrete tips regarding the incident.

“But the good thing is, it looks like one of the cats is going to survive,” he said.

If police are able to establish who committed the act, he or she could potentially be charged with cruelty to animals.

“That would be the main charge that they could face, but certainly there could be other charges regarding the weapon used and other things along that line,” said Vaughn.

According to state law, cruelty to animals is a disorderly persons offense with a fine from $250 to $1,000 and/or up to six months’ imprisonment.

A ballistics report is still pending.