Tuesday, October 11, 2022: We’re on an autumnal roll. There has been some strikingly fall-esque weather

Someone has to get bait for the Miss Beach Haven ... Below: Photo by John Reading, Peahala Park "What a weekend. I was able to get this picture from my kayak." 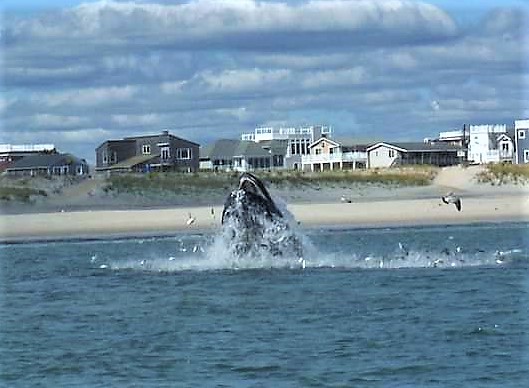 Tuesday, October 11, 2022: We’re on an autumnal roll. There has been some strikingly fall-esque weather accompanied by the finest of sleeping temps at night.

I’m a fall/spring connoisseur. The older I grow, I get less enamored and more distrustful of summers and winters, though the upcoming winter has all the makings of wildishness, with crazy temp swings and winter storms lecherously eyeing the coastline – May they always  stay west of I-295.

The effects of a strong La Nina, coupled with an extended stretch of highly dynamic weather on a planetary scale, means we must watch the skies with above-average interest. I know I will, hoping to get back into my once obsessive weather watching mode. 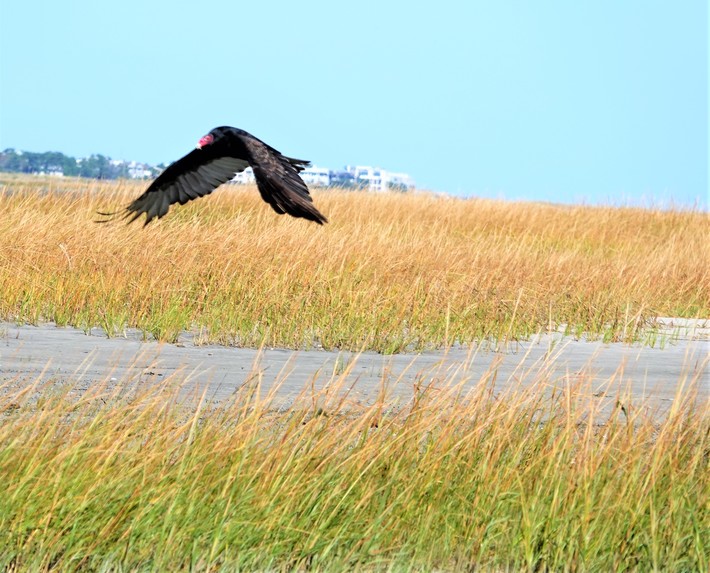 SEMPER ON DUTY: Speaking as if all will be well again sooner than later, I want to remind both beach buggyists and surfcasting walkers-on that we have a social responsibility to use our on-sand time to keep a caring eye on our fellow humans using the beach and ocean.

With all front beaches open, we can become a first line of assistance when it comes to folks in need, be it someone in the throes of a medical emergency or a bather/waverider going south -- in a non-migratory manner. We must also be ready for a wildlife assist, as we come across downed birds or stranded marine mammals. 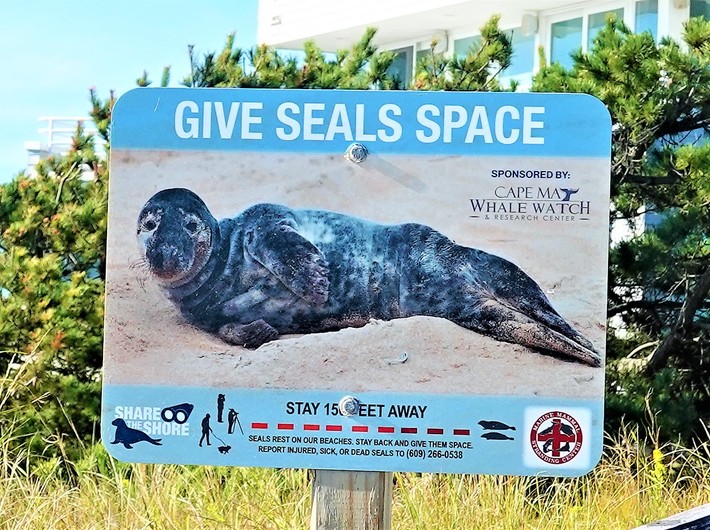 When you combine all our buggying eyes, we can visually cover a lot of ground and open water. When an emergency knocks, it’s imperative to have an at-the-ready cellphone locked and loaded ---  with emergency numbers, beginning with assorted Island police departments and also the Marine Mammal Stranding Center and even the Coast Guard and Marine Police.

While 9-1-1 is always a good call, I’ll go more local by recommending calling emergencies into the nearest LBI PD. My logic is, well, quite logical. The 9-1-1 dispatchers, while the finest of emergency folks, are seldom attuned to the exact site you’re calling from. That takes local knowledge. In fact, 9-1-1 dispatchers often cycle you to an Island PD, meaning a high-tension explanation of what’s happening has to be repeated all over again – with time lost.

With smartphones and onboard vehicle displays now in play, it is easy to locate where you are via GPS. I highly recommend literally practicing the locating process on phone or in vehicle so it’ll be rote should you roll up on a beach emergency.

NOTE: I can’t say with any certainty that all our Island PDs can track you via your phone’s GPS coordinates so stay ready to use your own self-locating mechanisms.

I’ll mention that an indispensable piece of in-buggy equipment is a good pair of binoculars. Hell, even rinky-dink ones will do in an emergency, especially one of a watery nature. They allow a close-up read and monitoring of any in-water action, including waveriders or paddleboarders who have fallen on hard times. On two occasions, I have been the pass-on for boat capsizings. My binocs allowed me to offer a running account as emergency vessels closed in.

RESCUE NOT: Even with decades of watersports and lifeguarding under my now ever-growing belt, I won’t be breast stroking out to a bather or waverider in need. Back in the day, I would have been swimmingly out there. Now, such a burst of outdated exuberance could mean I’ve compounded an existing emergency by becoming one myself.

Fresh in mind: The Island tragedy when a man swam out to help a couple struggling teens only to lose his own life. The kids, profoundly grateful for the man's effort, have that trauma to live with.

I bring that up to discourage all but the most water-trained buggyists from ever considering a hands-on rescue. It is best for all involved to expeditiously contact first responders, while doing whatever can be safely done to assure a victim help is on the way. I have heard of many cases where just assurances and encouragement yelled from shore have kept struggling folks kicking.

Personally, I’m still confident enough to keep a rescue-ready bodyboard and swim fins in my truck. I have ridden bodyboards forever -- speaking in half-century terms – to where I’m confident even at this late date I can offer a leashed hand. However, I wouldn’t launch without initiating the phone-in emergency response process. I bring this up since I know a goodly number of buggyists who are also waveriders, quite capable of getting a flotation device – like a surfboard or bodyboard -- to a struggling swimmer. That is not the same as making a body rescue, always a potentially deadly move. A JERSEY WHAT!? I’m not big on hitting the Garden State Parkway, being a slow right-lane driver by lifelong preference. However, it seems whenever I take that speedy thoroughfare I see write-worthy  things.

Last week, I had to drive north to Toms River and got an amazing firsthand view of an NJ highway phenomenon, one I learned about … in Arkansas.

No, I haven’t lately been to Arkansas. Instead, I had been watching YouTube pursuit videos put up by the Arkansas State Police when something caught my ear. But first, fast forward to my Parkway drive as I passed through a congested area where the road is four and five lanes across, counting exit lanes.

I was nicely tucked in my far-right lane, traffic in general behaving nicely, when a demonic driving display took place to my left, almost adjacent to me. In the furthest left passing lane, sometimes known as the hammer lane, a yellow sports car was in full can’t-touch-this mode, doing maybe 75 in the 55- mph speed limit posted on that stretch of the Parkway. Then, before my agog eyes, the driver went lane-change bananas, side-zipping across every lane of traffic.  In under three seconds, he ended up in my old-man lane, maybe ten truck lengths ahead. I shouldn’t mention this out loud, but he made the crazed crossing rather cleanly, maybe even impressively. Illegal? I’m not all that sure since he used his turn signal, therefore …

Those of us seeing the somewhat maniacal move figured the flamboyant lane crasher had simply realized his exit had snuck up on him. But lo and not so. Before I had even slowed for my upcoming exit, he repeated the multilane race back to the hammer lane. WTF!?

This is where the Arkansas SP pursuit video comes to the fore. During a 107-mph chase, the pursuing trooper reported why he was on the trail of the vehicle. He excitedly said, “He did a full Jersey slide.”

Gospel truth: Not only is this maniacal multilane maneuver a named thing, it is fully associated with New Jersey.

I realize many of you already know about this nonsense, especially those of a North Jersey persuasion. We’re a tad behind in these parts. I hadn’t got wind of it until I heard about the expression on YouTube, then saw it action -- for what I now realize was nothing more than kicks.

Upon further researching, I see where it has become a fully functioning fad, to the point that TikTokers are dashcaming their slides. To that I offer the old standby: Only in Jersey.

Now to one other high-speed Parkway observation.

I’m heading north from Little Egg to LBI when off to my left I see some jackass in a sportsed-out tinted windowed black sedan pulling out of a highly restricted U-turn lane, meant only for cops and emergency vehicles. Traffic was sorta thick, so I surely wasn’t the only one thinking, “I hope his sorry ass gets busted” -- as he peeled out and hyper-accelerated out of sight.

Then, a few miles down the road there was the same wise-ass car … all lit up! Oh, the cops hadn’t gotten him. It was his vehicle all lit up. Talk about unmarked. He had a BMW pulled over. It was a fine vehicle; one I had seen pass me earlier at obviously excessive speed.

It is times like that when my slow-lane/speed infatuation shines.

Below: Another NJ SP patrol car ... 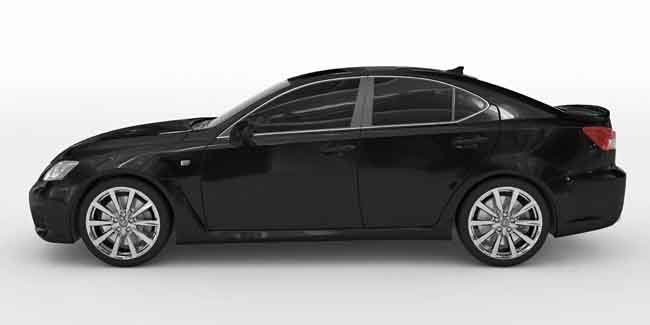 THAT’S NO BONUS: It’s called the Striped Bass Bonus Program, but it borders on a bonusless failure.

As most anglers know, this registration-required state program is ostensibly meant to allow anglers to grab a tasty chunk of striper meat technically allotted to the state’s commercial fishermen. Since the state has banned commercial fishing for stripers, the poundage ideally goes over to recreationists. Sounds good, right? Well, it’s a dismal failure, one that allows bass to go untaken.

The current 2022 bonus harvest is 2,423 pounds from 343 fish, which represents 1.1% of the quota. Minor math indicates almost 99 percent of the harvest is going unused. By year’s end, it might top out at a five percent utilization, at best. This is an epicurean shame since the 24- to 28-inch fish which can be taken as bonuses are within the clean and truly tasty realm, though 18-inchers are the most ideal.

Effective May 15, 2022, the SBBP regulations are as follows:

Bonus harvest reporting is mandatory and must be reported within 24 hours of harvest. See Harvest Reporting instructions below.

But isn’t the concept of not taking allotted bass better for conservation? Guess what, there’s another side to striper conservation that only I wax upon. Bass must be culled, vis-à-vis white-tail deer. 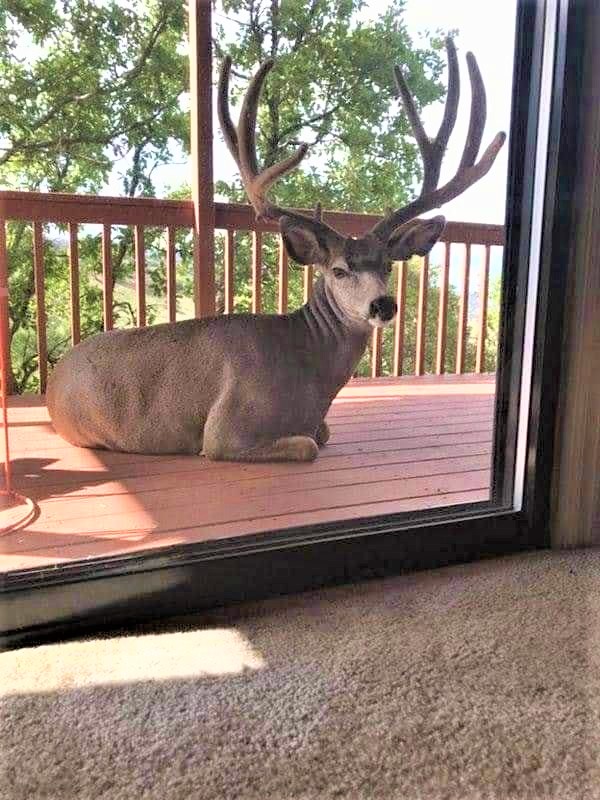 Bad ecological times can arise when culling is not done, as during bass moratoriums. Many anglers, including a dictatorial Stripers Forever group, are seeking a forever moratorium on all bass. It gets no clueless than that. Unfished stripers would quickly decimate all other gamefish species in the marine realm. Most alarmingly, diseases common to overpopulation will set in. Stripers have already shown a high vulnerability to diseases often due to their fanning out into unclean waters, something that would happen to the hilt should its population go gonzo.

I won’t get into the multiple dangers of babying of bass to a harmful ecological degree but instead encourage bassophiles to study the maritime realm holistically. Nothing cold be better for a healthy bass population than to have it culled properly. That would also open angling doors to better fishing for kingfish, weakfish, flounder, black seabass, tautog and assorted drumfish, just to name a few.