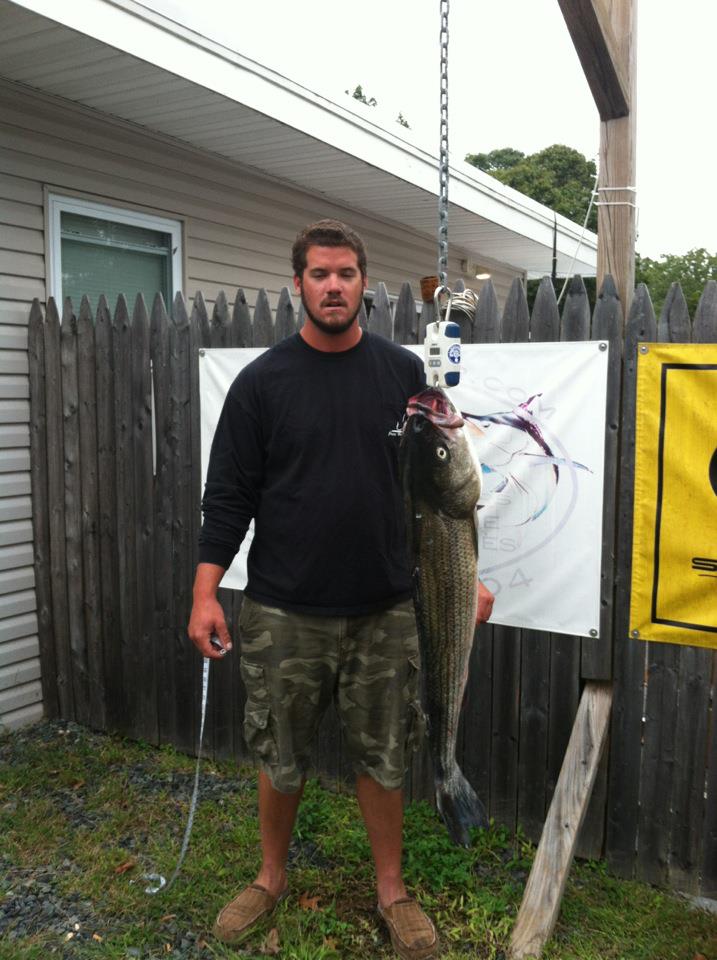 Just north of here bass:. They apparently don't get as excited about bass as we do.

Some folks wanted to see the sloppy drive in to the mudflats  Here's more very raw and muddy scenery videoed recently. I'll be getting some video editing equipment soon: http://youtu.be/7mtVWRg7lTQ.

Tuesday, October 02, 2012: Wow, what’s with all this lousy weather -- an entire half-day’s worth of it? Incredible weather is like Chinese food, as soon as it ends, you want more.

While the coming week doesn’t look overly bright, we’ll be toying with unseasonable highs in the 80s. That’s not a glowing outlook for surf fishing. A lot more encouraging is the first true touch of October.

By this Sunday, it’ll barely be into the 60s.

Although the coolish air will pretty much coincide with the opening of the 2102 Long Beach Island Surf Fishing Classic, I just don’t see a mass of bass arriving just as quickly.  That said, I’ve seen a couple nice stripers taken from the suds just to our north, as close as Seaside. Importantly, one of those bested bass had spot in its belly. I know what I’ll be livelining once the starting gun sounds. SESSION REPORT: Hitting Holgate for a closing session yesterday, I stopped at the Rip and caught 10 one/two-pound blues in almost as many casts. It was that torrid hooking. I kept them for jerky.

I also had another type hookup mixed in. Not unexpectedly, I caught my largest flounder of the year. It was pushing a solid 24 inches and so frickin’ fat it wouldn’t have fit into one of those “If it fits, it ships” postal service box. I have no idea why that perspective came to mind. Possibly, due to the fact I had to (once again) airmail my one yearly doormat back into the closed-season drink. Not surprisingly, the luscious flattie went for a plug -- albeit an incredible, sublte-colored, vintage, triple-treble swimmer with hand-painted blue eyes. I’ll have to put a photo of that killer lure in here (maybe tomorrow). I’m in the market if anyone has one or many to sell. I then went to the back cut, where Tom B was back again, using leapin’ live mullet to tempt weakies, bluefish and fluke – minus  weakies. Even there, I caught one tailor blue after another, averaging one per maybe three casts. The fun part was the way they were surface-blasting my chrome blue swimming plug. I was having a bluefish ball until a beached blue flipped up and drove a loose hook into my leg. I yanked it out real fast – you know before the pain set in. I hate the slow fanfare-filled approach to removing an imbedded hook. The flesh wound advised me I probably needed to call it a day and head back to work.

As I headed up the Island, I ran into an angler who said he had just fought a fish he thought might have been a “nice bass” – for ten minutes! After a bit of discussion, we both ended up thinking it was more likely a drum, ray or shark. His mentioning he was using “old bait from last week,” decided it for both of us. He was still bummed he didn’t get it in since he’s now off-Island until “Who knows when?” – boat in tow. 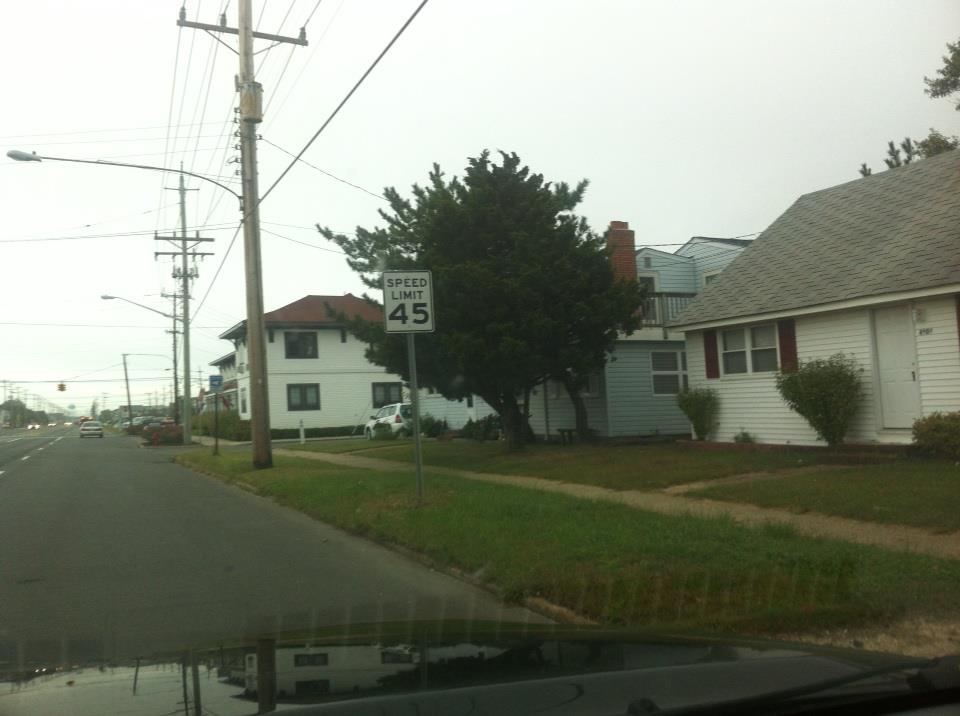 Island alert: The 45 mph speeds are now back in place for much of the Island from Ship Bottom southward. A word to the wise – offered to me via the blue boys – that does not mean you can edge up to 54 mph, using that unspoken assumption 9 mph over is fine. It ain’t. In fact, you push 50 mph and you’re on the radar, so to speak. It’s up to you, mind you. I personally think that no traffic signals will allow you to get to Holgate mighty quickly using just the allowable speed limit. Again, the school district in Beach Haven is 25 mph throughout much of the day. Admittedly, it’s so damn easy to miss the start of that school zone when you’re on a role toward a fishing session. By the time you see the cop cruiser openly lurking on the Boulevard (near the playground fence), you’re already screwed. By the by, I used to paint that 10-foot fence — long ago. 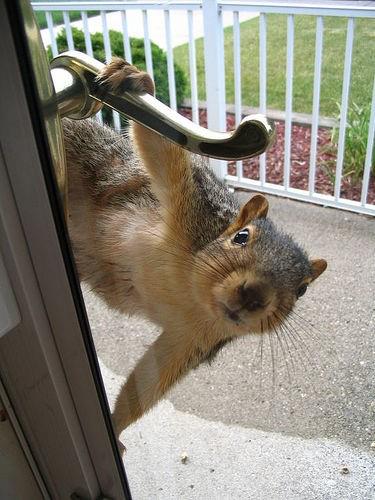 "Hey, I'm stockin up for the winter. You gonna eat those cupcakes?"