Tuesday, November 17, 2015: Once again we’ve seen a wind take the ocean from lake-ness to lashing in just 12 hours. The northeast gust, as seen above, kept most bass boats bouncing about in their berths. A few nutcases went out to striper in the snot. You gotta want it real bad to put your kidney and backbone through such a coming-and-going punishment.

While we're on the subject, we really should talk upcoming winds. They’re gonna be highly honkified and also highly shifty. Well see rock’em sock’em gusts from just about every compass degree, with the current northeast winds going south very soon – with authority. The south flow will hold its own for days, though wavering from ESE to SSW – before going northwest and north by weekend’s end. Rain will let loose at one point but I don’t always count that in the forecast. That’s why we have costly raingear to fish within.

Temperatures will border on weirdly warm, as will ocean temps. Yes, we’ve slid into the upper 50s but barely. Onshore winds might even push in some 60-degree water. Bay water is still holding the chill from recent cooler nights. I took one inlet reading of 52.

I should note that once again the skate are heavily a-hook in the suds, even during wicked wave conditions – when you don’t even know you have one on your 8-ounce rigs until you reel in, feeling that plastic bag skate “fight.”

Below: Today's wind was no match for this surfcaster's buggy ingenuity. I was going to get a photo of him hanging inside but didn't want to disturb him. 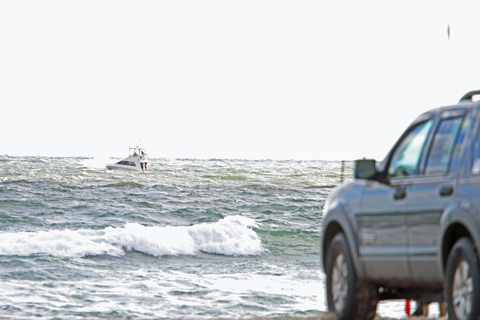 Above: Oops, how did that pic sneak in here?

Wow! Some of the best striper fishing I have ever seen has been going on since Saturday afternoon. I had a group out Saturday morning and we struck out completely. Trolled through blackout readings along the beach, fished live bait in the bay, all in some trying conditions, a NW gale wind and rough water, not a touch. It was awful. I dropped off those folks and picked up brothers Steve and Mike Pressler of Wayne, NJ for a steady bite on 10 to 15 pound bass along the North Jetty of Barnegat Inlet. That night I get some information from the Manasquan Inlet boats that they had a good bite their way so I had my Sunday morning group, Lenny and Matt Vargas of South  Plainfield, NJ, meet me early so we could start our trek north. We got as far as Lavallette and saw two center consoles and a humpback whale breaching over and over again in tight to the beach. As we approached we saw stripers swirling everywhere. We threw poppers and soft plastics at 15 to 25 pound fish for two hours. When that slowed up we switched to snagging bunker and that kept us busy for the rest of the morning. All boxed up we headed in so I could pick up my afternoon charter. We ran back to Lavallette but the surface action had slowed. We put out the Tony Maja bunker spoons and trolled three nice fish to 25 pounds. Monday morning I kept my two sons, Nick and Max, home from school, and along with their Uncle Hubie and cousin Jackie Cunningham of Brick, NJ, we got an early start and made it to Lavallette by 6:30 AM. As soon as we arrived the gannets were diving and in minutes all five of us were hooked up with 10 to 25 pound stripers on 10 pound spinning tackle! It stayed like that for an hour. Back on the snag and drop with the bunker pods and we had non stop action with fish to 30 pounds until 11:30 in the morning.
http://www.youtube.com/watch?v=P9O5YE4bMe8 and
https://youtu.be/klRq0QmXhGw Exhausted, we headed to the barn. Two epic days of bass fishing. Today, I got to sleep in because I had a noon to 5PM trip with Levi Bonnice and his dad Herb. Knowing that the hard NE wind had the ocean and inlet all turned up I gave them a realistic expectation of what to expect: some action in the bay with slot size fish and maybe a few over 28 inches if we work at it. I started at the inlet and there were bunker everywhere. We went on the snag and drop and boxed three nice fish, 12 to 14 pounds. When we couldn't find anymore bunker to snag, we switched to the light tackle and threw lures. For the next three hours these two connected with 24 to 32 inch bass on every cast or every other cast on the slow drifts. Birds everywhere, fish breaking water, this was now day 3 of insane bass fishing, and this time we didn't even have to leave the inlet!

Fishing was so good even I got in a picture

@joeford88 getting it done this morning...Not a slob but dinner none the less
‪

Well this Monday's striped bass trip was much better than last Monday. We went north to Island Beach where we found massive schools of large bunker. Snagging and dropping produced several 40" fish . We lost several more at the boat ( helped along by a net that broke on the first fish.) after that bite died off, we saw birds working on more massive schools of bunker. This time small peanut bunker. Throwing Storm rubber shads caught all the 28" fish you wanted. Probably caught about 3 dozen or so. Beautiful day out there with once again whales surfacing right in the midst of dozens of boats right off the beach. 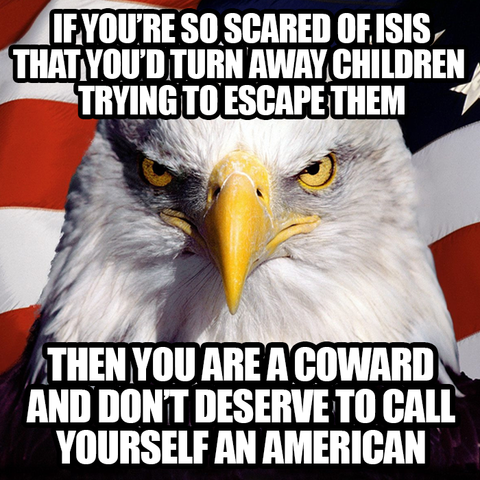