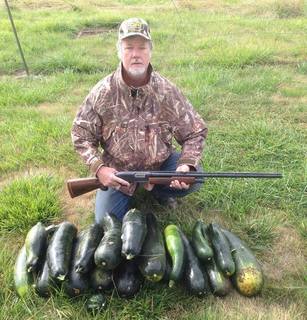 The ocean is still holding a nice color. Since the winds will die off very rapidly by tonight, it might not get overly turbid. Needless to say, the swells will die a lot slower, especially with the light south winds due to move in  by tomorrow.

Despite truly piss-poor conditions, there’s an impressive showing of surfcasters out there this a.m. Many are standing around in the elements. Obviously, this is traditional bass weather but those folks going one-on-one with the weather deserve  a special shout-out. Dang it, I have to work or I’d be out there leading the rod-holding charge of the storm fishing brigade. Yeah, right?

Before the blow, boat bassing went oddly dead off IBSP and LBI.  Might it be the bass sensing the barometer drop, like freshwater fish? Not likely. Could it be the big-bass biomass moving down to the Delmarva? Perish the thought.

“Just got back from an afternoon session looking for bass. As I was putting the boat in another guy coming out said there were no fish up along IBSP but there were plenty of bunker. I decided to head south and found small pods but no with no fish. There were about 10 boats together off of HC but it was bunker only and no bass. Headed back to the inlet and tried a few drifts with bunker with no takers. Saw about 10 boats 1.5 miles off of the IBSP coast guard station and headed out.Saw one bass boated on the troll. I dropped my bunker over and waited. My waiting was rewarded with dog fish bite off. I gave up and came on in.  WP”

We’ll soon see if that bass absence carries on when the ocean goes flat as plywood later in the week. By Friday, we’ll be seeing the first truly honking west winds; going clear into next week. If peanut bunker are going to begin showing surfside, it’ll likely be with this arriving lake-like conditions.

Speaking of bait, I have no clue as to why there has seen no forage fish showing near the LBI beaches or even inside the inlets. You’ve likely heard or seen the frantic bait activity in the surf just to the north of us. I’d run with the replenishment possibly hurting things but the entire northern part of LBI has no sand pumping and still isn’t showing much bait. We should be waist-deep in the likes of spearing, rainfish and bunkies. The smaller forage simply isn’t crossing Barnegat Inlet.

I blind-threw net in Holgate and landed on a few corncob mullet. I pondered chunking them up but couldn’t conjure up the patience needed to bait fish. Oddly, I’ve never had luck live-lining corncob mullet, even on days when bass are aggressively going for live herring being swum off the deep water edge along Holgate’s west side. I have to wonder if that nasty-ass dorsal spine/spike on corncobs is just too threatening for bass. Hey, that’s why nature gave them that spike so it must present some sort of problem for gamefish. I even know folks who clip the dorsal fin off smaller mullet before live-lining them. 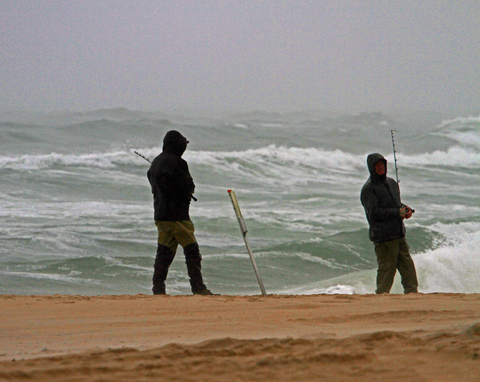 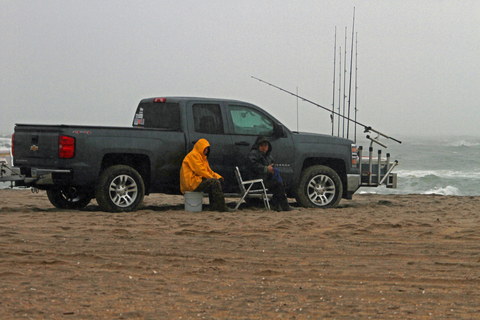 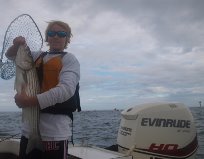 Having been on the water every day from Tuesday through Sunday afternoon, with the exception of Saturday, I have a lot to report about.  As many of you may already know the snag drop bite heated up during the week and was best in the early morning. But what you may not know is the stellar action that has been taking place around the inlet and nearby back bay waters.  Slot fish to some over 30” have provided steady action on live bait like pinfish and spots, to BKDs to keep drags screaming during the down time out front. At times whales and porpoises showed up for some icing on the cake.   While with the Ryan Miller party we even saw a 30’ whale in the inlet swimming tight to the inside of the north jetty! That was a bonus to the bass to 23 pounds on that day for sure.  During the TJ Vigliotta party’s trip, 12 year old Matt learned how to catch bass with live bait on circle hooks (pic attached) decking several nice fish. Sunday’s mid-day / evening trip with the Chris Doran party will be one that I remember for a long time.  After drawing a blank working the bunker schools we came inside the inlet and to drift live bait.  As the sun stared to get a little lower in the sky, birds started picking bait from the north pocket.  I couldn’t believe how crowded for a Sunday evening. Bass were being landed here and there throughout the fleet. Picking up a few on live bait we switched to BKDs as the sun set and the bite got hot, hot, hot. Did I say hot?  It was an all-out mad dog bite on 24”-30” bass. Most of the time we had at least one fish on and you could see the bass slapping and boiling in the twilight. As dark settled in, the bite continued and we called it an evening after landing the last of  three double headers.  World class light tackle fishing right here in NJ, I like it! Attached is a picture of Evan Doran with one of his bass.  I think one of the most enjoyable things coming out of this week was my client’s desire to practice catch and release with most of the fish. With bonus tags available and a fish or two for the table no limits were taken. It’s nice to see anglers exercising their right to release and not filet. I am not against harvesting for diner and taking your fair share, I love to eat fish and do take a number of fish out of the stock every year. The point I would like to leave you with is that when you thumb a bass to take out the hook you are holding the future in your hands. In the near future I have this Saturday open.

BTW – my website is down right now as I witch over its hosting location. If you have questions please email, txt or call.

Shoutout to the scumbag that left three big bluefish with there heads slit just hanging on the fence all day for dead . Asked everyone around and they all said they been sitting there all morning so someone killed them and just left them for dead . Unreal 13th ave in seaside park

A surfcasters dream this morning but you paid for it with the conditions at hand. Hard winds and stinging rain in your face but when you see gannets diving literally in the wash and first cast you are hooked up its worth getting drenched and beaten up. Gator Blues on every throw for over a hour basically 10-20 yards in front of you and if you were lucky some nice Bass mixed in also. Shower and some dry clothes and I might head back before dark.

One of the best (of very many) surfcasting days I ever had with Nick Honachefsky. all told we landed 6 or 7 striped bass and a bunch of MONSTER Bluefish. in a wicked NorEaster. the third picture i really love. Most people stay at home on days like this (in a torrential downpour with 30 mph winds), whereas the surfcaster looks forward to them. That's when the fish like to eat though.