A leading cause of eventual hearing loss... Real funny, mom.

(Or how to keep from becoming a hood ornament.) 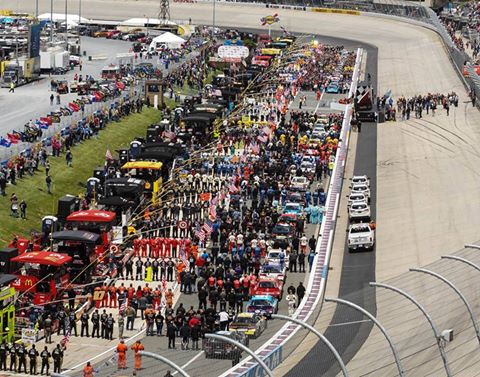 Tuesday, November 01, 2016: Light winds and a quiet ocean, though not fully flat, made this yet another ideal autumn angling day.  I got to drive on it to and from work – then back again for my night shift.

I was duly stunned to see two large channel-like ditches carved north-to-south along the beach. They were likely made by two dredge pipes being dragged from HC to Holgate. The ditches are serious pitfalls for after dark mobile anglers. I followed them for over a mile – until they tailed off, southward.

Likely due to a typically heavy work day, I’ve managed very few fishing reports today. Folks I chatted with on the beach weren’t lighting things on fire. One said he caught a keeper a few days back right after dark.

In many case, if I’m not on Facebook just as a report comes in, it cycles way out of my sight. That’s the folly of 5,000 “friends.” I really like it when folks put my name on a post. It shows up on my email.

The winds are going south-ish, though not very vigorously. Those side-ass conditions are bass producers in the surf. Mark my word. Bunker chunks will produce big returns, while clams will suck in somewhat smaller stripers. Plugs will lure in everything, just not as regularly.

Below: Taking some time to nicely ball up clams, hooking cleanly and repeatedly, really seems to help both in attracitng fish and reducing cast-off. What doesn't work as well is mixing washed out clam with fresh. Is it worth actually tying on clams with the likes of dental floss? I used to do it at Graveling Point, when needing to make monumental casts. I've also done it with bunker when smaller fish kept nipping away at the bait. 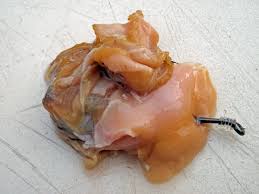 A paddleboard who went up off IBSP told of finding bass below but having a devil of a time learning how to best fight them. Sitting down and straddling the board ended up best. His best fish was 35 inches; released. He caught it jigging. He was also bitten off by a blue of unknown size.

The paddler also “thinks” he saw a huge shark … and repeated a way-off belief, “I thought the water was too cold for them.”

Too cold? There are sharks that live under ice floes, though not locally -- though there have been reports of artic-inclined Greenland sharks not that far from here.

This time of year there are surely some temperate zone sharks a-cruise. These sharks are described by http://oceanofk.org as sharks of the temperate regions, marked by water between 50-69.8° F. “Sharks that live here tend to migrate south in the winter and north in the summer as the seasons change and their food sources move up and down the coast.” We’re still way above 50 – and with loads of foodstuff out there.

PLEASE CONSIDER: I want to make a mention of this fine upcoming event: The Ship Bottom Christmas Parade. The theme is one helluva Christmas, meaning shell shapes can dominate – though it’s open to any fun holiday theme.

I’d like to invite some boat owners – with vessel out of the water but not yet shrink-wrapped – to consider singing up and decking out their boats for the Boulevard-based event. It’s great family-and-friends fun, something the kids won’t soon forget … and might make into a long-term holiday tradition. For more info, call Kathleen Wells at Ship Bottom town hall. Tell her I sent you.

NEW JETTY IN THE WIND: Long Beach Township remains hot to replace the Wooden Jetty terminal groin with a rock groin/jetty. It would, theoretically, stabilize the replenished beaches to the immediate north, while slowing southbound sand.

In the long run, a sand-blocking jetty could place a greater emphasis on eventually replenishing the state-owned beaches along the edge of the refuge. One would think all that pumped in sand would be a boon to sand-loving summer nesting birds, like plovers, terns and skimmers.

As of this week, Stockton University has been chosen to do the initial studies surrounding the building of such a Holgate hard structure. If things go swimmingly, work could begin as quickly as this time next year, though I’ll go out on a limb and suggest there’ll be a few more nesting seasons before rocks fly.

On a related and groinish note, the covering of LBI’s jetties with replenishment sand has never been meant to keep them plowed under. As was empathized by the Army Corps during pre-replenishment meetings, “We anticipate that a majority of the groins covered during initial construction will become exposed within the first year as the project adjusts to the design shape.”

Yes, the “design shape” accounts for the rocks reappearing all over the place. 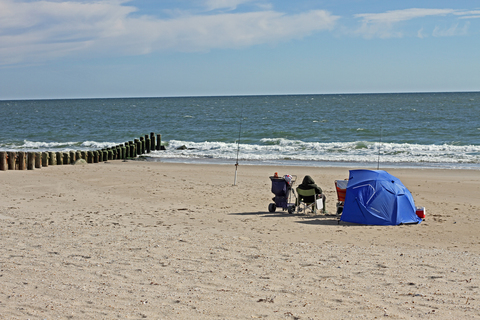 Striped bass fishing from South Seaside to Long Beach Island, October 2016 I do not own copyright to this music- Hall of Fame feat Will.I.Am


Found 'em right in my backyard. 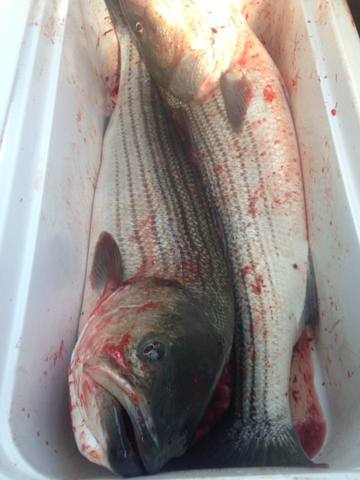 Happy Halloween from
Apex Anglers! How about a tournament win to celebrate? (I don't know the reliability of this article in http://www.truthandaction.org but it's important to stay up on what's being said ... righteously or not. j-mann) Barack Obama may be in the final months of his term, but that doesn’t mean he’s done accumulating power.

The federal government has been growing steadily ever since Obama has taken office. Despite what his Democratic predecessor Bill Clinton has said, the “era of big government” is alive and well thanks to our current president. It’s not because public opinion has turned back in favor of big government, though. It’s because Barack Obama wants big government back, and he’s willing to do whatever it takes to make it so.

We’ve already seen this through his excessive and illegal abuse of executive action — essentially rendering congress useless — but now he’s looking to take rights away from average Americans, too.

The latest victims of Obama’s federal overreach may be the fishermen feeding our country’s coasts.

Barack Obama may soon enact even more regulations on our country’s limping economy, all to save a few fish in the sea.

American fishermen are deeply fearful that the Obama White House could cut them off as early as this week from major fishing areas of the U.S. continental shelf on both coasts, further restricting one of the most highly regulated fishing industries in the world.

At stake are millions of dollars in fishing revenue and hundreds of jobs — and in some parts of the country, the survival of an embattled way of life that has persisted for centuries but is facing environmentalist pressures unlike anything before — and without the chance for hearings and legislative back-and-forth that U.S. laws normally require.

“This totally affects us, but we don’t know what’s going on,” one fishing boat owner, who asked to remain anonymous, told Fox News. “We are just out of the loop. No one even wants to say what effect it will have.”

“They are throwing all fishermen under the bus, along with their supporting industries” declared Marty Scanlon, a fishing boat owner and member of a National Oceanic and Atmospheric Administration fisheries advisory panel on highly migratory fish species in the Atlantic. “They’ve done everything they can to put us out of business.”

What the fishermen fear most is the kind of unilateral action by the White House that they have already seen elsewhere. As part of their ongoing environmental ambitions, the Obama administration’s Council on Environmental Quality, and the president himself, are aggressively interested in creating preservation zones that would ban fishing and other activities within large portions of the 200-mile U.S. “exclusive economic zone” of maritime influence, and just as interested in getting other nations to do so, in their own as well as international waters.

Just as in the administration’s 2014 action, the recent Pacific expansion announcement preceded an international meeting, this time with Pacific island leaders alongside the world congress of the International Union for the Conservation of Nature (IUCN), one of the world’s most prestigious environmental organizations.

Obama attended the Honolulu session and told his audience at the start of the IUCN meeting that “Teddy Roosevelt gets the credit for starting the National Parks system, but when you include a big chunk of the Pacific Ocean, we now have actually done more acreage than any other president.”

What worries the fishermen is Obama’s Big Stick — the American Antiquities Act of 1906, a statute signed into law by Teddy Roosevelt that allows the president by decree to set aside “historic landmarks, historic and prehistoric structures, and other objects of historic or scientific interest.”

Obama isn’t alone in his fight for control over the world’s oceans. The United Nations is attempting a similar power-grab, as well. It seems, one way or another, American fisherman may be subject to even harsher regulations from a powerful government — if they still have their jobs.