Day ended up fairly fishable – low winds and sunny. Problems came with bouts with thick fog passing over the ocean and even onto the beach; coming and going. Beachfront surfcasters had a few bluefish hits but nothing special. Water temps have dropped below 55 degrees, possibly as low as 50, per shivering surfers.

Bassing is sorta slow. In fact, fishing overall is a tad off but should perk up by tomorrow, as seas calm (from today’s 3-4 foot sets) and waters warm a tad.

The next few days are going to be low windage. Bayside fluking, especially inside inlets, will be fair. Smaller baits (spearing) will work best, as flatties don’t want to be over challenged in the chill.

I'd like to give you an undated read on the just-announced re-replenishment of the beach from Nebraska Ave to Beach Haven. It could have a greater impact than I first forwarded, including a chance to get at Little Egg Inlet sand.

SURPRISE SAND!: I did get surprise word that the recently-replenished area from Nebraska Avenue south to North Beach Haven, Long Beach Township, will get re-sanded come this fall.

You heard right. A re-replenishment for that seemingly just-done zone is set. It is needed due to the successful erosional efforts of TS Joaquin and WS (winter storm) Jonus. The naming of winter storms is solely the invention of folks at The Weather Channel. I hear that winter storms like it.

OK, now I’m going to steer toward the hearts and minds of anglers, mariners and refuge lovers.

Firstly, that autumn batch of pumped in sand in LBT could add oomph to the Beach Haven/Holgate fixes. I’m thinking in terms of the amount of sand that will merrily migrate southward, thanks to littoral drift. There’s gonna be a country mile of sand moving from the Nebraska Avenue jetty southward.

Of course, I’m thinking even further down the line, setting my sand sights toward my favorite all-time hang-out spot: the state beaches adjacent to the Forsythe Refuge’s Holgate Wilderness Area.

The Wilderness Area has been eaten to the bare bones over the past decade. Width-wise, much of the refuge’s north section is a dismally small fraction of what it once had been. Face it, the Island is breaking there, slowly but surely. Actually, not even that slowly in geo-terms.

The more sand being driven south, at the ocean’s insistence, the better the chances of the Holgate erosion being stopped in it tracks. Hey, it’s our only hope, Obi-Wan Kenobi.

Now hear this: You recall that sinking feeling mariners had when the state failed to decide, in a timely manner, if we can replenish LBI beaches using sand sucked from the heavily-shoaled Little Egg Inlet? Of course you remember. It wasn’t that long ago. I know because you let loose on me – in unpublishable terms.

Since that failed hookup between Holgate and inlet sand, I’ve been quick to note that the final call by the NJDEP is still in the offing. It should come this summer.

Fast forward to this coming fall – and the surprise rebuild of the Nebraska Avenue to Beach Haven stretch of beach. What if, just maybe, inlet sand can be used for that fix?

Up until now, we could only think in terms of possibly using inlet sand for some future-needs re-replenishment for Holgate. On average, such a re-plen of Holgate could be many years away. Now, a new chance to dredge the LEI channel might have suddenly arisen.

Yes, I tend to get overly optimistic about this stuff but this maybe-ish scenario is more than just a glimmer of hope -- it’s a full-blown sparkle.

Otherwise, I might soon be quietly cheering on nor’easters – of the non-killer, garden-variety type, of course. The more storms, the faster replenishment sand will flow south --and reach the eroded refuge area. As a bonus – if you can call it that – more stormage might mean that Holgate’s replen sands will disappear more quickly, begging the use of channel-deepening inlet sand.

OK, so maybe I’m not totally serious about egging on erosion, but regardless of my inciting, much of the above will be playing out in the not-too-distant future. I now more anxiously await final word on the acceptability of utilizing inlet sand. I’ll keep you posted. 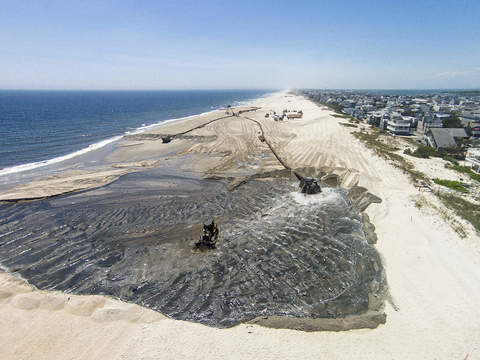 The government dredge Currituck cleared a shoal from a narrow area between channel markers 37 and 40. The U.S. Coast Guard has since placed two temporary buoys (39A and 41) and moved marker 38A to direct boaters to deeper water in the area.

Boaters should proceed with caution in this section of Oyster Creek as the marked channel is narrow and because of the presence of dynamic shoals. Boaters can view navigation data online.

The Oyster Creek channel is part of the Barnegat Inlet federal navigation project, which requires dredging to provide a reliable maritime navigation channel for the U.S. Coast Guard and a large fishing fleet consisting of full-time commercial, charter and recreational vessels.

The U.S. Army Corps of Engineers hopes to dredge part of the Oyster Creek channel again in the fall timeframe.

Nick Honachefsky with James Amore and 8 others.

Of of my greatest surf achievements is finally landing the coveted Sand Tiger Shark from the Jersey surf! This little pup was released immediately and she was full of energy...! Thanks to
Michael Gulotta for listening on how to battle in the beauty!

Spent Saturday and Sunday mornings with returning clients, which is always a bonus to a morning out on the water. Saturday the Massett clan worked hard through the slime grass to box a respectable 19.5” fluke and release several others. This year’s crop of slime grass is the worst ever, more on that later. In between fluking we played around with the big blues around the inlet.  Attached is a pic of one of the blues. Sunday the Galiardo gang was looking to get into the crazy bluefish action we have been having.  Some early morning scouting before I picked them up resulted in me finding some large blues on the flats willing to strike poppers. As luck would have it, or bad luck, a quick ride back to the same spot only resulted in a few blow ups.  We did have to put some time in before we got into them around the inlet.  And once again, young Harry was in on the action. Bay has warmed up nicely and broke 70 degrees and ocean got to around 60. Blues seems to be moving out of the main bay / west side. Fluke should be chewing good but it is very hard to put a nice catch together due to the slime. Reliable sources have been landing some big 30-40 lb bass via snag n drop out front.  It seems to be an very early bite, predawn.

On the nature side of things: the slime grass, snot weed or whatever you want to call it, is mostly soft sour weed. While native to this area, explosive out of control growth is not normal. This weed prefers cooler water temperatures and loves nitrogen. As a watershed, Barnegat Bay is the dumping grounds of massive amounts of nitrogen laden fertilizer runoff. From Pt Pleasant to Jackson, down to Little Egg and in between, rains washes fertilizer off of lawns, into the street, down the storm sewers where it finds its way to places like the Toms River, Metedeconk River, Cedar Creek, Mill Creek, and West Creek to name ae few. All of these waterbodies find their way to Barnegat Bay where the nitrogen is ready taken up by grasses and algae causing blooms. The first few days of May the area saw about 3” of rain.  That’s is 3” of rain at a when everyone is feeding their lawns. Give that a little time to make it to the bay and a few sunny days and BAM!

Open this week for magic our trips which the tides are perfect for. Screaming drags,

Provider fishing vessel rocks on in ... 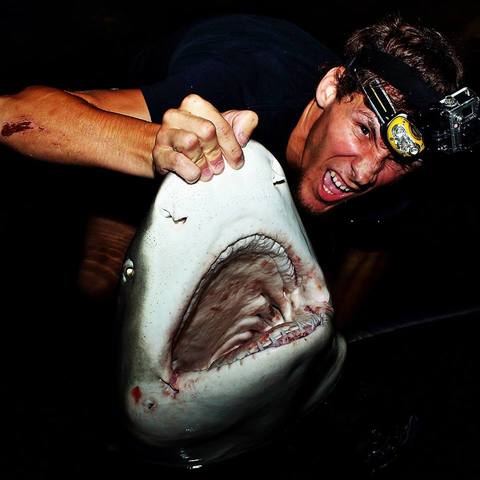 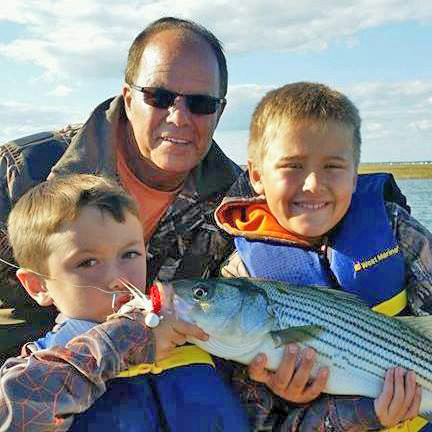