What happens when you use a mixed martial arts fighter to  ref your hometown match.

... And the ref's girlfriend trying to beat a hasty retreat ...

Tuesday, March 31, 2015: As Holgate closes, not a lot is opening, so to speak. We can’t expect a striped bass arrival until things greatly warm over the next couple weeks.

Migration-wise, for 2015, we’ll once again running late, as we did last year, when everything migratory was as much as three weeks behind schedule – meaning late.

I’ve seen a number of buggies heading south on Rte. 9, likely going to Graveling point. I don’t have many regular contacts down there so all I have to report is a lone Island angler who “heard of “ of a couple short taken at the point’s far south end, typically the best early-season bassing post at Graveling. Bait is bloodworms, clams or bunker. Pompano rigs work well. 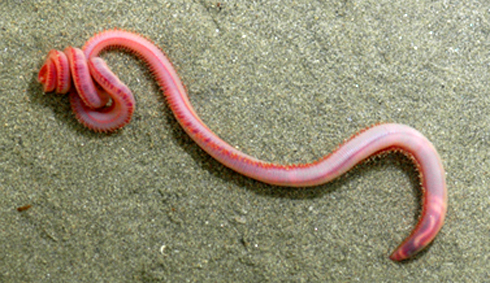 I have to go a ways up the river later this week so I’ll do a quick look-see at the bridges and landings. I have to think the last couple nights of near-freezing temps – along with some equally cold showers -- have up-river bass in an almost a winter-slow mode.

White perch are on the move. They’re more motivated by day length than water temps. They are not yet thick in our local brackish holes. Problematically, the population of white perch seems to be suffering. I’m not sure there are any population counts taken on this lightly-harvested species. However, there were a few years when fyke nets were being used for perch in the Mullica. It caused a fury and the current rule – which I’m not conversant over – reads: “ … fyke netting is not permitted

A quick note regarding fishing for perch at the outflow of Mill Creek into the lagoon waters. You do not need a freshwater license thereabouts, only west of the “Mouth of Mill Creek at lagoons in Beach Haven West.” 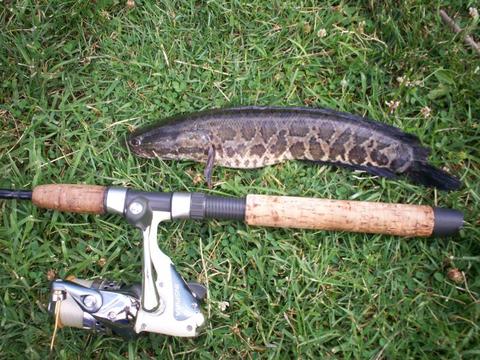 I was talking about northern snakeheads with some state folks – off the record, of course, since they’re not prohibited from speaking with any media types. I was surprised to hear how established they’ve become in some Delaware Bay areas. I also did some reading on the now longer-term effects of snakeheads and have to wonder if they’re as catastrophically bad as first thought. Down toward Maryland, epicenter of the snakehead invasion, freshwater bass doing exceptionally well in snakeheaded waters, dispelling a bass versus snakehead myth. Oddly, the bass are seemingly thriving in the prescience of snakehead.

Admittedly, hideous snakehead-related ecological impact could eventually follow but no far, so tasty.  Seems virtuall any snakehead being caught is now bound for the frying pan, yielding excellent eating – one chef saying “they’re in a whole other league beyond most freshwater fish.” There has been some fully-false Facebook chatter about snakehead working their way toward us, along the intercostal waterway. Just can’t happen. Snakeheads can’t tolerate any salinity in the water. These are strictly freshwater fish.

By the by, it’s the law in NJ that any invasive fish caught in the Garden State must be killed.  Potentially Dangerous Fish. “The possession or release of live, potentially dangerous fish is prohibited. These species include Asian swamp eel, (bighead, grass (diploid) and silver) carp, brook stickleback, green sunfish, flathead catfish, oriental weatherfish, snakehead and warmouth.

Below: Warmouth sunfish, which I've taken in the Piines.

Anglers MUST destroy these species if encountered while fishing and are directed to submit specimen(s) or photos to a Fish and Wildlife Bureau of Freshwater Fisheries biologist for verification.

Oh, you know full-well you want to see what an oriental weatherfish looks like. It ain’t much to see and is only found in the northern part of the state.

I saw the first Laughing Gulls of the year today. You might say so what, But that means its Spring..!!!!

Took one last drive on the beach in Holgate today, before it closes until September tomorrow. No owls, but I came across this little guy hanging out on the Beach instead. He appeared to be healthy, and had no signs of any kind of injury that I could see.

For the first time in 30 years, two Japanese whale ships have returned from the Antarctic with nothing but whale skin samples. The 724-ton Yushinmaru and the 747-ton Daini (No 2) Yushinmaru returned to the western-Japan port in Shimonoseki, which is considered one of the leading whaling bases in the country.

This is the first time Japanese whale ships have returned empty handed since the country began its annual whale hunt in 1987.

However, the Court ruled in 2014 that Japan’s whaling did not qualify within the exception for scientific research and ordered Japan to cancel all existing permits and refrain from issuing any new permits under its program. As a result, Japan cancelled its 2014-15 Antarctic whale hunt, but has submitted a plan to the IWC for the 2015-16 season with a new annual goal of 333 minke whales as opposed to the 900 in its previous program.

Researchers aboard the Yushinmaru and Daini (No 2) Yushinmaru observed marine mammals, carried out sighting surveys, and collected skin samples from the whales. According to the agriculture, forestry and fisheries Minister Yoshimasa Hayashi, they are collecting scientific data in hopes of eventually resuming commercial whaling.

According to data from Japan’s fisheries agency, 251 minke whales were killed in the 2014 Antarctic hunt, and 103 were killed the previous year. These numbers were far below Japan’s target, primarily as a result of Sea Shepherd’s efforts to prevent whaling.