"Oh, you think this is really funny, don't you, lady?"

"This is definitely going straight to the UN. ... CZE is a known 'neutral' nation!"

"Why it's important to know what you're doing before going after the other side at a political rally."

Due to poor slamming-shut procedures on my part, I lost my front storm door at the height of northeast winds. Such de-doorings happens with aggravating regularity, especially since I disable the closure mechanism since it constantly slams shut too quickly when I’m rushing out with a quiver of fishing rods in tow. Back in surfing days, we’d disable the storm door closers since they’d slam shut on surfboards. Now I pay the storm door piper. Any storm door installers out there?

This protracted winter will likely slow the arrival of perch and early-striper fishing, though the Delaware is already showing fine looking bass. While the lengthening of days matters, water temps ranging from upper 30s (bay) to low 40s (ocean) aren’t overly inviting for bigger biomasses, like bass moving in from deeper ocean waters to spawn, feed, spawn some more, etc.

I’ll re-note that dredge work is about to proceed as part of the replenishing of beaches in Harvey Cedars, Surf City and parts of Brant Beach (LBT). As to how the upcoming work might affect surf fishing, it's predicated on good weather allowing fast and easy “spraying” … "spraying" being the word used by workers when talking about placing sand.

I can almost assure beach-fix work will be done before the first waves of mongo bluefish cruise the entire beachline, south to north. Sorry, but I have no faith in the spring run of beachfront stripers. Take away the near-beach clams and crabs – which has taken place – and the suds offer little of interest to the trophy bass.

Speaking of bluefish, you might have read how the commercialites are fully bummed over the lack of bluefish during their bluefish netting season. For sure, we of a recreational ilk are stunned over the unprecedented showing of spring choppers. I bring that up since the odd arrival for us aligns with the loss of blues for commercial fishing. The ecological pot is seemingly being stirred. Increasing ocean surface water temps must be playing a role, most likely by shifting the comings and goings of essential forage fish?

I know it’s not huge on the minds of most modern nearshore anglers but what in bloody hell happened to what used to be one of the most reliable early-season bites: Boston mackerel!? Famed as one of the finest baits to freeze, easily lasting into fall gamefishing times, I luxuriated in their flavor when fresh cooked. They are incredible tasting, while near the top as a healthfood fish. The last I heard, foreign mega-ships had been free to harvest them, and herring, in our EEZ. I don’t know if that’s still true, but, even if those factory ships have been vanquished, they likely did everlasting damage. And now for something completely totally different ...

Years back, I jokingly joined what is most kindly described as a UFO-seeking club, though the more I’ve chatted with its member the more I realize it’s more of a reality-seeking club -- of which many members have yet to succeed. 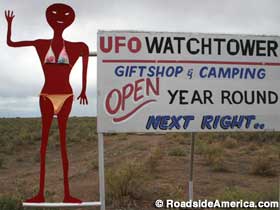 That aside, the group has lately been flooding me with updates on what it calls a “Red Alert” UFO story, stemming from a just-released three-video UFO series, governmentally code-named “GO FAST.”

These official USG videos, freed by the Freedom of Information Act, were selected after official review. They were quickly acquired and forwarded to all public entities, including the news media, by the To the Stars Academy of Arts and Science (TTSA). `

TTSA is itself a bit of a UFO – Utterly Freaky Organization. It was co-founded by Tom DeLonge, famed for his guitar and vocal work with the pop band, Blink-182. The group’s leadership gets heavier and headier via Dr. Hal Puthoff, a NASA and DoD adviser. Bringing TTSA into the realm of head-bangingly esoterica Jim Semivan, former senior intelligence member of the CIA. Talk about the potential for some weird-ass conversing.

The moving force behind the current “Red Alert” UFO condition is the third GO FAST video, from 2015. It seemingly shows unnamed U.S. Navy pilots, flying a Boeing F/A-18 Super Hornet at 25,000 feet, encountering a shout-worthy unidentified flying object. You can hear the boys-will-be-boys excitement of the fighter jet’s aerial observer and weapons system operator upon seeing the UFO -- and then locking onto it with a Raytheon’s Advanced Targeting Forward Looking Infrared (ATFLIR) Pod

Per TTSA, the GO FAST video is “an authentic DoD video that captures the high-speed flight of an unidentified aircraft at low altitudes.”

Below is the YouTube link for the video. I’ll warn you right now, it won’t knock your extraterrestrial-seeking socks off on first viewing. However, I have known a slew of fighter pilots and they don’t get that excited unless there’s a damn good reason. I’d say they’re seeing something fully freak:  http://www.youtube.com/watch?v=wxVRg7LLaQA.

Seeing the odd hoopla caused by the release of the GO FAST videos, made famous through a related NY Times article, I had to throw in my cold-water two-cents worth. Those words sunk like bricks, expectedly.

After watching and re-watching the Super Hornet video, I balked at the seeming speed of the UFO – which it truly is, even if it’s not an extraterrestrial UFO. Nothing traveling at that speed could circumvent sound-barrier sound-offs, aka sonic booms. Breaking the sound barrier also entails a visual sky signature, similar to heat waves, surrounding the flanks of any Mach 1 aircraft -- which it truly is, even if it’s an extraterrestrial aircraft.

After dozens of viewings – and looking at a few other “irrefutable” UFO videos – I back-focused on something a local laser-miester professor told me not that many years back.

During an interview for a story, I was mind-boggled by the not-nutty professor, as he spoke of a headlong rush toward war-worthy laser imaging. The sky was the non-limit. He foresaw – or was he helping to work on? -- hologram warfare, one of the most futuristic efforts ever undertaken by the Pentagon.

Today, DOD-funded research on military holograms is being less militaristically advanced by the Non-Lethal Technology Innovations Center at the University of New Hampshire. A similar non-lethal lab is located at the University of Pennsylvania. Their academic focus is simple and spooky: find ways to project enormous holograms above battlefields, overwhelming images sure to scare the crap out of enemy forces. Fittingly, one such hypothetical application is being called “The Face of Allah.” You can guess where that face might be showing up.

As to what the lasered Face of Allah should look like, that’s quite the stumper. Just try to Google “Allah images,” seeking an insider look-see at his continence … assuming Allah is a he. Nary a suspected sighting, or even an artist rendition to be found. I’m guessing that’s due in large part to a tendency for militant Muslims to torture and kill any artists portraying Allah. That can quell the flow of oils and acrylics real fast.

I’m not sure why this jumps to mind, but I’ll bet the camel that a sky-sized Colonel Kurtz would send shivers up the spines of ISIS. ...

But back to UFOs. I have it on above-average authority that experimental holograms are already lighting up our friendly skies. It would be beyond-easy to project eerie lights over Phoenix -- you know, just to get a feel for how the effect filters downward and into the public sector below. Maybe see www.nbcnews.com/video/nightly-news/24264457.

My hologram splash of cold water almost made me a martyr with my UFO group, though I persist in saying that virtually anything now seen in the sky could have a laser source.

PS: You experts might ask how holograms, like a streaking GO FAST UFO, can be locked onto by the likes of Raytheon ATFLIR pod. Notice that the ATFLIR is equipped with a “target laser rangefinder/laser designator” and also a “laser spot tracker.” What better way to fool lasers than with other lasers. Hologram aircraft will be radar-ready, dispersing laser signals to make them seem real as life.

Hey, it has been a long winter. A man has to think about something ... right, Scotty? 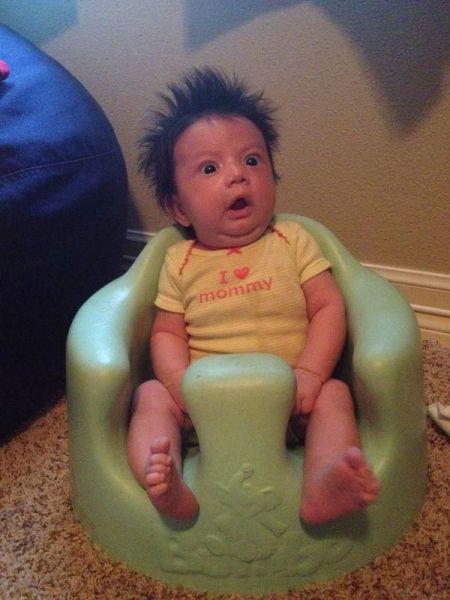 On the Atlantic coast, striped bass range from the St. Lawrence River in Canada to the St. John’s River in Florida.  Migratory populations under Atlantic States Marine Fisheries Commission management range from Maine through North Carolina.This fish is a long-lived (at least up to 30 years of age) species that normally spends the majority of its adult life in coastal estuaries or the ocean, migrating north and south seasonally, and ascending to rivers to spawn in the spring.

Mature female striped bass (age four and older) produce large quantities of eggs (up to 500,000), which are fertilized by mature males (age two and older) as they are released into riverine spawning areas. The fertilized eggs drift downstream with currents while developing, eventually hatching into larvae. The larvae and post-larvae begin feeding on microscopic animals during their downstream journey. After their arrival in the nursery areas, located in river deltas and the inland portions of coastal sounds and estuaries, they mature into juveniles.

They remain in coastal sounds and estuaries for two to four years, and then they migrate to the Atlantic Ocean. In the ocean, fish tend to move north during the summer and south during the winter. Important wintering grounds for the mixed stocks are located from offshore New Jersey to as far south as North Carolina. With warming water temperatures in the spring, the mature adult fish migrate to the riverine spawning areas to complete their life cycle.

*From the Massachusetts Division of Marine Fisheries

Big shout out to Eric Davis for this killer pencil. This came out SICK. Cant wait to put this to some fish. Stoked on how this turned out !!!

There are some significant changes in trout regulations for 2018, including those for wild trout. These changes include:

Consult the 2018 Freshwater Fishing Digest (pages 6-8) for details on these and other important changes.

1000 trout have been jaw-tagged for the Hook-a-Winner program. Anglers who catch a tagged trout can claim their HAW prize (a certificate and patch) by contacting the Pequest Trout Hatchery at 908-637-4173 ext. 113.

QR Codes on trout stocking regulations signs bring up the entire spring stocking schedule with all seven weeks of stocking following Opening Day on April 7. The schedule includes day of the week and the number of trout stocked. This feature can guide anglers to other fishing opportunities throughout the state right from their favorite fishing spot.

Don't forget that a fishing license and trout stamp are required to fish for trout if you are 16 years or older. Children under 16 and New Jersey residents 70 years and older can fish without a license. Licenses and stamps may be obtained through one of the many license agents statewide, or online.

No updates at this time.

Any deviations from the stocking schedule will be noted here, on the 2018 Spring Stocking Schedules page and on the Trout Hotline (609-633-6765).

Back to Trout Fishing in New Jersey

When will you be hunting for Sasquatch in S. Jersey....?

The local Big Foot, known as Sasquatch111, tends to come out around Mother's Day, seeing that S111 is a mom and all, having birthed seven little Squatches -- all weened -- and another in the oven. I'll keep you posted should they decide to have a get-together this year. It often depends on the availability of morels.