Tuesday, July 26, 2016: As is the case every late-day Tuesday, my brain is fried calamari

Oh, this is when you know you're really in the wrong hood ...

Tuesday, July 26, 2016: As is the case every late-day Tuesday, my brain is fried calamari … and I still have to work until midnight.

Despite being writ out (my lengthy weekly column is in the hopper), I have to muster some strength to relay word that the crippled vessel that has been the talk of the beach walk is rapidly becoming a mystery tale. It is the essence of a ghost ship, having seemingly been abandoned in the bay – or maybe pirated … the vessel’s captain and crew forced to walk the gangplank.

The NJ State Police Marine Bureau is on the case but hardly willing, or possibly able, to pop out findings about the Silverton brand cruiser. Officially, it’s being investigated as an abandoned vessel that washed ashore.

Idle conjecturing has been left to the likes of me, not the best of choices.

All I’ve been able to accomplish on the investigatory front has been to check on the home port of the vessel, transomly named Mel Rae -- with a somewhat unusual “aka” of Daddy’s Girl, in fine print right below the name. Daddy’s Girl is also plaqued on the port side of the cockpit. 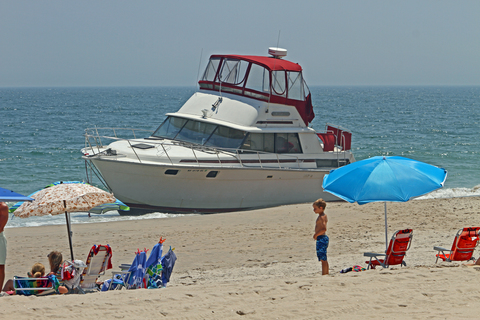 The vessel hales from Congers, New York, which is Wiki-ed as “… an affluent, suburban hamlet and census-designated place in the town of Clarkstown, Rockland County, New York.”

How can one not be drawn to that “affluent” in the lead? There’s always something more enigmatic when wealth aligns with mystery. In fact, that’s a perfect point for the speculative fun to begin. Hey, you leave a big, decently-nice boat out there to ghost-float around and we all get a carte blanche to make any kinda guesses about it that we bloody well choose.

Obviously, the notion of “insurance claim” scam jumps to the fore. Oh, I can see that angle but what fun is in it? I prefer to go a tad gonzo. What if this is the aftermath of a mob hit, one in which the owners were placed in concrete galoshes? “You broke my heart, Fredo." 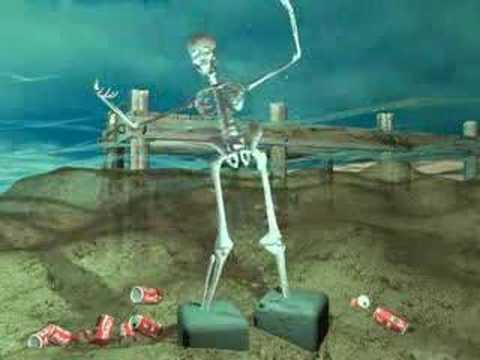 Or, how can one not see the Discovery Channel potential of an extraterrestrial abduction? I’ve heard the vessel has been glowing at night. Of course, that could have to do with the moon.

Far more boringly, this might just be your run-of-the-mill kidnapping. Yawn.

Might there actually be something sinister or deadly surrounding this ghost ship, an expression for any empty, free-floating vessel? 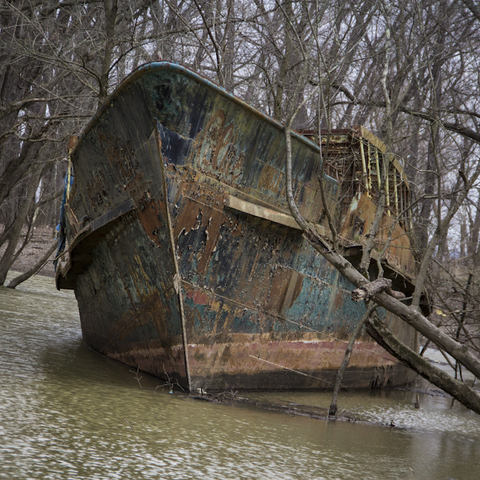 Getting a lot darker -- and hitting more painfully close to home -- we’ve lost many a soul who has fallen off their vessel and couldn’t reboard before currents took over – or, in some cases, before a kill-switch-less boat putts off into the sunset. Even I don’t want to go there, though nothing has ruled that out.

I’m sure hoping nothing evil took place here. I’d much rather get pissed off at the captain, once found, for possibly abandoning his vessel. Such moronics have led to rescue crews risking their lives in response. However, this odd incident evolved slowly, possibly having begun as a vessel first seen stranded on a bayside sedge near Little Egg Inlet. That precluded an initial alarm phase. Finally, I’m duly wondering if a clueless boat owner might have improperly tied up his vessel, having it break from its moorings -- while he’s taking an extended trip to the Caribbean. The raised anchor and dangling lines point that way. By the by, I was asked if the boat could have been claimed under “abandoned ship” admiralty rights? Well, you better first know the laws of salvage.

Here’s one good read (http://www.wavetrain.net), “Under current U.S. admiralty law, which conforms to international salvage law as laid out in the Salvage Convention of 1989, assistance rendered another vessel is considered salvage when: 1) the assisted vessel is subject to a reasonable apprehension of marine peril; 2) the assistance is voluntary; and 3) the assistance is successful in whole or part.”

Add to that, “A successful salvor is NOT entitled to just keep the salved vessel, under any circumstances, but is entitled to a generous award. The amount of the award, under the law, is based on the following factors: 1) the value of the vessel and its contents after the salvage is complete; 2) the salvor's skill and initiative in minimizing damage to the environment; 3) the degree of success obtained by the salvor; 4) the level of peril to which the salvaged vessel was subject; 5) the salvor's skill and initiative in saving the vessel, human lives, and other property; 6) the salvor's labor and expenses; 7) the amount of risk run by the salvor; 8) the promptness of the services rendered; 9) the availability and use of any alternative salvage resources; and 10) the readiness, efficiency, and value of the salvor's vessel and equipment.”

I need to pass on some replen info that came as a touch of surprise to me. Harvey Cedars is getting some new replen sand on the north end of town, once the current Loveladies work reaches there. It has to do with emergency repair work from winter storm Jonas. I know a few folks check in here for any reads I get on the beach work. That one snuck up.

I have noted that the fall will see some touch-up replen work done in Ship Bottom. That one is a baffler since the beaches there are all-time. I think any work will be tweaks to the borough’s dunes, work that can’t be done without going all the way down to the water’s edge, where the dredged sand is first deposited, to be moved duneward.

The fall work will include significant replen work from Nebraska Avenue southward. As a tried and true beach driver, I can assure you that stretch – all the way to North Beach Haven -- is actually among the most erosion-prone sections on all of LBI, especially for roughly a half mile south of what used to be the “Big Nebraska Avenue Jetty.” In fact, I always thought the over-sized Nebraska Jetty might be contributing to the lack of beach sand south of it.

If you’re computing what that work will mean to fall surf fishing, you won’t like the data details. Some prime spots, like Spray Beach, could be impacted. That said, I’m putting this North Beach/Surf City night video back in here to show how understanding Great Lakes is being of nearby beach users. I later heard there were fluke being taken down-drift of the replen. Not sure about that, though.

Shark fishing is good to excellent, though the size of browns is way down from last month.

For that reason, I implore not to power-chuck smaller sharks back in the water. Instead, tail hold them in shallow water until aerobic recovery is achieved. 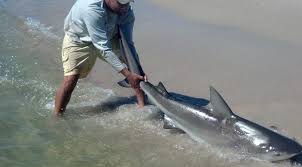 I’m basing that advice on a video I saw where a laughing angler did an Olympic-type hammer throw maneuver to “release’ what looked to be a brown shark. I absolutely guarantee that shark washed up dead down the beach not long afterwards.

For being an apex predator, the internal organs of sharks are downright weak, which explains the maneuver by dolphin to nose-ram the bellies of any sharks they’ve taken a distinct dislike toward. The hammer-throw maneuver forced all the fish’s internal organs up toward its head. It was dead before it hit the water. Video was not taken on LBI … but nearby.

I know I sound like some sort of regulation freak when I say this but I promise you can get nailed by enforcement folks if you kill a protected shark due to mishandling. Might a video lead to that? Not sure about that, nor would I be big on it. I just want folks to truly catch-and-release -- not catch-and-discard. You get the difference. 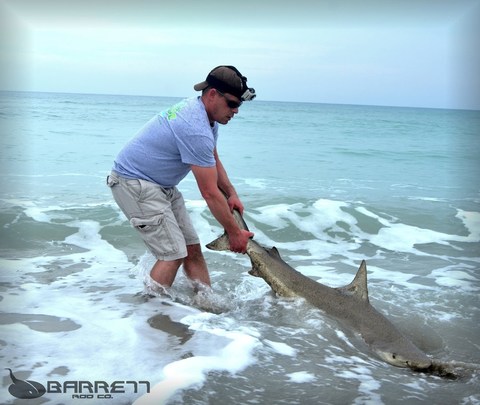 I will also be filling a few open boat trips with Jersey Nutz with captain
Rj Melton and captain
Cody Melton. This weekend coming up have a canyon trip on the Jersey Nutz 3 spots still open if interested please send me a msg, sat into sunday overnighter trip is 675$ plus tip for mates.This is a 56 spencer custom carolina boat! which is a bigeye machine!! Lets go fishing!! I had return client Pete AuBuchon of Philadelphia with his daughter Maria on a 4hr Fluke trip. We started working some deeper channels and only found a few shorts and one lone 18 keeper. As the tide increased, we found better action in very shallow water (2.7 to 3.5feet) and the father-daughter team bailed over 20 shorts and boxing two more keepers (19, 19). We could literally see the fluke coming up and hitting the jigs. Maria was the high hook with over 12 fluke landed. Nice job and look forward to seeing Pete and Maria next year!!