"Hey, I didn't get swanked out like this for nothing ..."

While down in the hallway of the special behavioral needs wing ...

We might be entering into one of the calmest wind stretches of the entire year, a summer doldrums of a sort. While there will always be those afternoon day-heating gusts, the overall wind speeds, especially at night and early morn, will be light to nonexistent, possibly right into next week.

Boat anglers should have their ways with fluking, at least conditions-wise. Whether the flatties cooperate relies on anglers’ know-how. Once again, sharpies seem to be having a heyday catching keepable flatties. Conversely, also-fished types are less than pleased with their takes. My favorite folks are those who don’t have epic days but love the one or two biggies they get. Loads of photos of happy one-fluke folks. That’s the spirit.

Of a different fin shape, there are still some large weakfish to be had -- on a one-only basis. Best bet is near the Dike, inside Barnegat Inlet, including Double Creek convergence zone. However, a 6-pound sparkler was taken by an angler jigging the channel right off Morrison's, BH. One and done, in that instance. A decent fluke was also had thereabouts.

Kingfish have gotten scarce in the surf, possibly due to the way-warm water (see below), or, more likely, their moving into the bay for spawning. The eggs from the spawn float around for up to 50 hours before hatching. The larval kings slowly drop down through the water column to assume a bottom-based life.

This is my one and only warning/advisory/alert! In other words: I’ve done my part – You’ve been warned.

In two days’ time – July 20th to be exact – the Rte. 539 safety initiative will return, carrying on until Aug. 6. It will utilize more well-hidden cops than you can shake a radar detector at. What’s more, the men in blue will likely be using some of the latest infrared LIDAR speed-recording devices, so you can forget that radar detector saving your way-over-55 butt.

Many of you recall the last Rte. 539 safety initiative, when tickets rained down upon the too-many folks who rocket along that road.

I’m doubly edgy about the upcoming safety imitative – for ugly reasons. Last go’round, my editor's desk got at least 10 phone calls and emails from enraged motorists, caught in what was most often called a “stinkin’ speed trap.” I can’t see how anyone can construe 30 miles of highly-patrolled roadway as constituting some sort of sneaky “speed trap.”

But, what really riled me last year were those folks claiming the initiative was just a summer moneymaker ... and the road really isn’t that bad -- despite their knowing the traffic death toll on Rte. 539 is utterly appalling. Over the years, I’ve come upon two different fatal accidents there … when a glance told me there was nothing could be done. Then, as a horrifying example of the road’s deadliness, only a month after last year’s initiative, three people lost their lives in a single accident on 539 in Little Egg Township.

WATER TEMP TIME: While I didn’t have time to take ocean readings today, Yanni took this 79-degree reading today in Holgate. Also, TV newscasts in both NYC and Philly are bringing up the “near-80-degree” water temps. 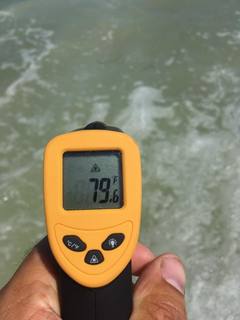 Here’s my mention from this week’s SandPaper column:

IN HOT WATER: It sure seems we’ll break 80 this summer. I’m talking ocean water temps along the beachfront.

On Monday, I used an infrared thermometer to take a 77.6-degree reading in the Surf City suds; Yanni K. took a 78.1 in Holgate.

There has been some less-then-heated debate over whether-or-not we ever see 80-degree water in our surf. I swear I’ve taken 80-degree readings in years past, using a tough mercurial hi-low memory thermometer -- on a string. My tethered old-style thermometer could be thrown well out into the surf. However, it sometimes recorded cooler bottom water temps if whipped out too far.

By the by, the red laser “dot” common to all infrared thermometers has virtually nothing to do with the taking of radiational temperature. Its sole purpose is to simply point out where invisible infradred readings are being taken. In fact, those laser dots can be deceiving. You can aim the dot through a home window and onto a sun-heated car in the driveway. The temp will come back at a comfy 68 degrees. That’s because the infrared read stopped at the air-conditioned window. Car surfaces can easily exceed 125 degrees on a sunny summer day.

The reward for helping with the yard. Looks like we both made out in the deal!! 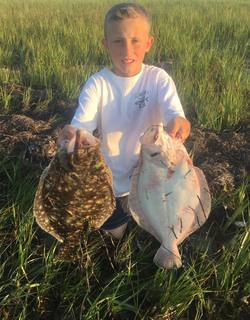 Lights out fishing this evening best in a while first time back in over a month keeper to short ratio was 3:1...highlight was putting kids on their first fish! Made their vaca they couldn't believe it. 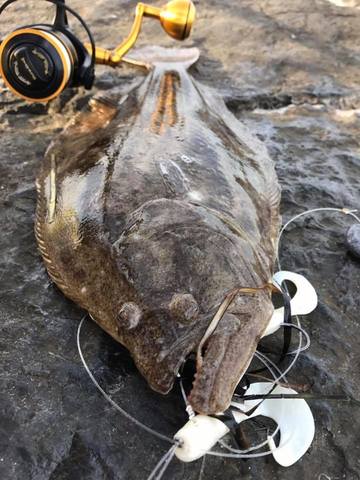 The fruits of all labors—tables chock full of 24 bushels of steamed blue claws line the tables of the Patcong Creek Assault Crab Tournament where crabbers pick through the hard shells to elicit their delicious bounty. 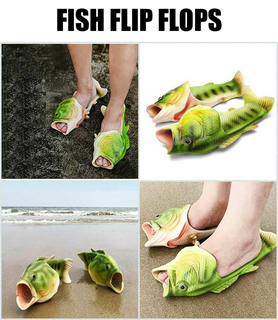 KNOW Someone who needs these??

TAG them & get FREE Shipping today

Outdoor cats are the leading cause of death among both birds and mammals in the United States, according to a new study, killing 1.4 billion to 3.7 billion birds each year.

The mammalian toll is even higher, concluded researchers from the Smithsonian Conservation Biology Institute and the U.S. Fish and Wildlife Service, ranging from 6.9 billion to 20.7 billion annually.

The analysis, published Tuesday in the journal Nature Communications, suggests that feral and owned cats pose a far greater threat than previously thought. One study in 2011 estimated that cats in the United States kill roughly half a billion birds annually.

Peter P. Marra, the paper’s senior author and a research scientist at the Smithsonian institute, said he and his colleagues “pulled together all the best estimates” from 90 studies to reach their estimate, taking into account the difference in behavior between owned and unowned cats.

“I don’t think there’s ever been an attempt like this,” Marra said in a telephone interview, adding that the new estimate is “conservative.” Researchers estimate that one pet cat kills one to 34 birds a year, while a feral cat kills 23 to 46 birds annually. As a result, the new study provides a wide range of the total bird death count. “It’s not a single number,” Marra said.

George H. Fenwick, president of American Bird Conservancy, said in a statement that the findings should serve as “a wake-up call for cat owners and communities to get serious about this problem before even more ecological damage occurs.”


“The very high credibility of this study should finally put to rest the misguided notions that outdoor cats represent some harmless new component to the natural environment,” Fenwick said. “The carnage that outdoor cats inflict is staggering and can no longer be ignored or dismissed.”

Cats pose the greatest danger to birds and mammals living on islands because there are fewer opportunities for these animals to escape. Cats are responsible for helping drive 33 species of birds, mammals and reptiles to extinction on islands, including the Stephens Island wren in New Zealand in the late 1800s, according to the International Union for Conservation of Nature.

Scientists have a hard time measuring the effect of cats on small mammals in the United States because they lack precise population counts for these species, Marra said.

Breaking news on health, science and the environment.

By contrast, researchers estimate that the United States is home at least 15  billion adult land birds. Cats kill about 10 percent of them each year, according to the analysis.

Marra and two other scientists, the Smithsonian institute’s Scott R. Loss and Tom Will from Fish and Wildlife, conducted their analysis as part of a broader study of humans’ impact on bird mortality. Roughly 150,000 to 400,000 birds in the United States die annually in wind turbines, according to recent estimates, while 10  million to 1 billon birds die after colliding with glass.


The fact that humans can take action to prevent some of these deaths — such as adopting policies to reduce feral cat populations and altering how wind turbines are designed — should provide hope, Marra said.

“These are things that are reversible once we understand them,” he said. “That’s the important thing here.”

The fine folks over at Raptorboats have done it…

They have created the Ultimate Fishing Boat!

Raptorboats floating fishing platform is most certainly the best way to experience most forms of fresh water fishing.

This thing just looks great on the water!

The platform is one you never have to leave. Been fishing all day and need a some rest? The platforms on-board tent has you covered!

But this thing isn’t just all flash, it was designed to stay afloat no matter what’s thrown at it. The platform XL consists of eight modular air chambers, which are easily repairable in case of emergency.

This is the same [material] (although thicker) as what the more well-known stand up paddle boards are made of, and only by using this we can guarantee extreme stability”

Raptorboats use what they call air deck material for their inflatable water craft. Inside this material are “hundreds of thousands of threads that can hold enormous pressure without deforming”. This allows for an immense amount of weight to be carried by the platform. up to 1600 kg’s or roughly 3527 pounds!

This thing couldn’t get any better!