Tuesday, July 07, 2020: The dog days have come early – tongues out and looking for porches

Authorities were at first baffled over this seemingly abandoned vessel ... until they took an aerial view .. 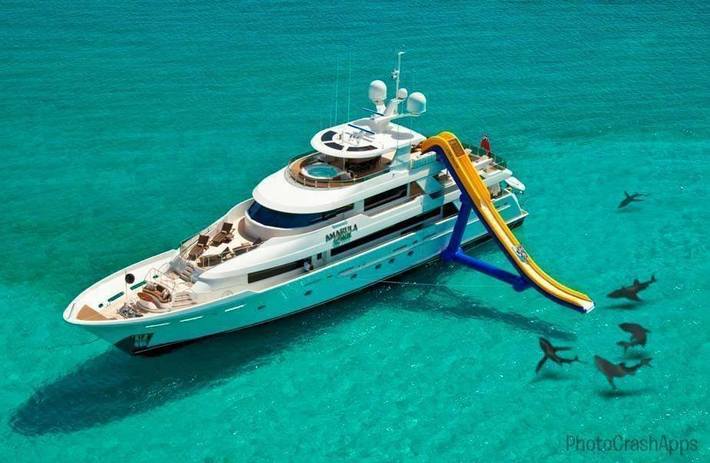 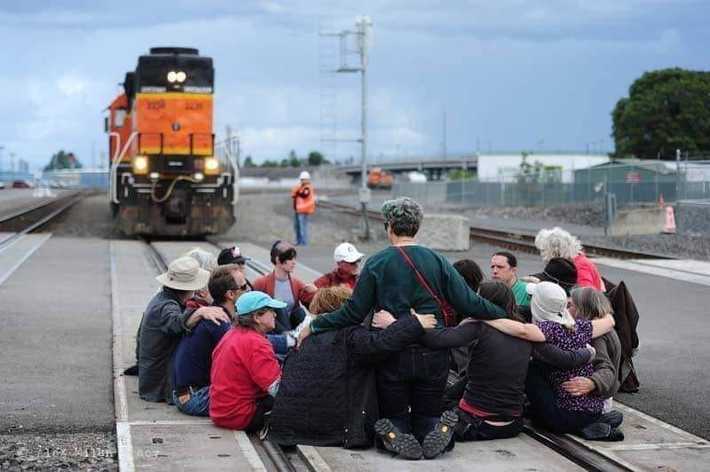 Tuesday, July 07, 2020: The dog days have come early – tongues out and looking for porches to lie under – showing a bit of my way-back west Virginia roots. “You might be a redneck if your front porch collapses and five dogs are trapped underneath.”)

I’m repeating how this summer is already seeming long during the first week of July. Now, my jet stream watching prediction that we could be in for a slew of sweltering days is playing out. I hadn’t seen these popup thunderstorms appearing so regularly. They might back off as the air gets drier by mid-month.

BLOG ONLY BANTER: This might sound mildly sickening at first blush, but how can one not see a connection between the Causeway and the famed Roman vomitoria. Now, don’t rush off all squeamish, simultaneously thinking this might be a tourist bashing thing. It t’aint. I’m a tourist appreciator of the highest order.

The peculiar paring off of the two will make sense once you reject the old misinterpretation that a vomitoria (sometimes vomitorium) was a place where decadent Romans stumbled into to offload what they had just eaten --so they could run back and begin engorging themselves again. That fully disgusting regurgitation mis-definition had been mildly bandied about for centuries, through Latin lessons and such. It came to modern life in the Lewis Mumford’s 1961 book “The City in History,” which expanded on the vomitoria notion by offering more weirdness, including feathers being used to garner gag reflexes. 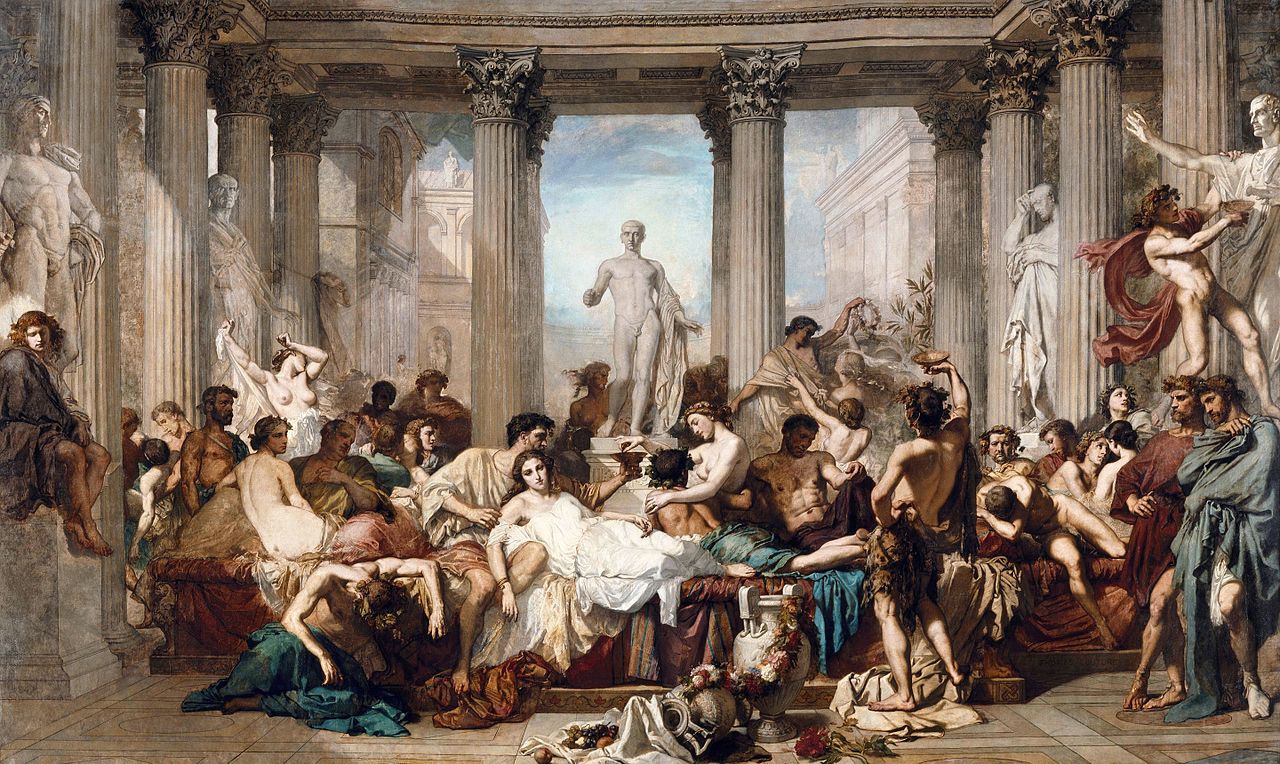 Now to the academic part where I make an apropos connection between vomitoria and our Causeway. I’ll do that by proffering the true Latin meaning of the word vomitoria a word that appeared at the end of the fourth century A.D.

The word’s hidden roots sprout from Macrobius, which stands for amphitheater passageways that led patrons to their seats. It was thought of as “disgorging” them into the theater. That colloquially led to Rome’s most astounding public passageways, comprised of 76 spectators entrances into the Colosseum in Rome. These passages were so efficiently designed that the stands would fill with 50,000 people in just 15 minutes. Due to this remarkable ability to “disgorge” patrons, in and out, the term vomitoria came about with absolutely none of the stomach emptying implied by later misinterpretations.

Somewhat bemoaning our lack of Roman engineering – while realizing we’re now dealing with 500,000 people -- the term vomitoria technically applies quite well to LBI’s Causeway. It is a true vomitoria. No pun intended.

(Times like this prove to me my mind has a mind of its own. Come back, Little Sheba.)

SHARK-A-BOO: I had a snorkel-swimmer email me that he was recently doing what I used to do: swim laps parallel to the beach, not very far out, with either a mask or swimming googles on.

He spoke of the day when he saw sharks aplenty, after having seen absolutely no gray suits during a couple other swims throughout the week. “The water was really clear. After seeing my third shark I came in,” he wrote. “I’ve read these sharks are all harmless but one of them seemed interested in me.”

Been there, seen that – though never three in short order. Of  course, my masked laps were done before all this shark protection came about.

Of note: The swimmer had to be up in the city so he had gone out quite early on the day of the sightings. That wouldn’t have been me -- though now I know the best time to go out shark-looking.

NO KIDDING!: Beach Haven has an odd kid overload. There have been alleged flash mobs drawing kids in by the hundreds, toward the north end of town. Now, the town has shut them down with a curfew. I’m not liking that … though sorta understanding it. The night beach is also off limits. What’s a kid to do?

Why the recent overgrown kid gatherings? I’m betting nothing has changed since I was a young’un -- so bored with LBI summer nights that I was ready to pull out my crewcut. It was an insufferable bore out there!

As much as I bonded with the Queen City from roughly 10 on, I was always put off by how little there was for us kids to do – until we could start drinking. Hanging out at the Lucy Evelyn – to be finally chased off the curb when The Wharf opened – or brick sitting in front of the downtown bank quickly became what we called “deadbag.”

I’m proud to say we didn’t become delinquents, though we did try many an insane stunt – some of which might have been illegal if there were any laws to apply to them. There weren’t.

Cops knew us all and would report our, let’s say, shenanigans directly to our parents, who most often couldn’t stop laughing when the details came out. I hope to write down those shenanigans before it’s too late to remember them. By the by, I know nothing about what happens when you hide dead bunker in car hubcaps right before visitors drive back home to 100-degree heat.

As to the now de-streeted kids, have mercy on their parents -- who, by law, must go out with them to obey curfew. I fear the idea of merely “an adult” having to be with the kids, fretting over who they might dig up to be their token adult. Actually, that’s freaky scary to think about.

Finally, why the burgeoning population of street kids? I believe it’s a combination of families having relocated here for longer stints, coupled with the lack of jobs this summer – especially not enough to cover jobs not being worked back home by kids now down here for the summer.

Shark segment from my weekly column (out tomorrow):

SHARK STRIKE FORCE: There are countless measurements taken of sharks, like their average speed being 8 mph, though the shortfin mako can cranks out 40 mph if it thinks it’s being admiringly videotaped.  One bit of rather essential data unexplored by even the most dogged shark researchers is how quickly a shark out of water, like one pulled ashore by an angler, can swing around and bite when its tail is grabbed.

Many quickly sorry tail-grabbing fishermen have witnessed this speed to ER ends. In fact, it might have happened over the weekend in Ocean City, NJ, where a man suffered a glancing bite to the leg from a reeled in -- and released -- shark, most likely a sandbar/brown shark. He got photos of pretty much the entire incident, including close-up wound and shark pics. He captioned them, “So this happened today in in front of my kids, fiancé, and about 500 terrified tourists. Sharks are coming for revenge on me.” He later posted, “Shark was swimming around peacefully. Was in water after I released it and waited a few then turned around and walked back in knee deep water when I guess it swam back confused and just happened to grab back of my leg.”

Sean Bridgekid is with Kathleen Hillegass and 2 others.

So this happened today in Ocean City (NJ) in front of my kids, fiance, and about 500 terrified tourists. Sharks are coming for revenge on me. All stitched up. Thanks to all the people who helped my family pack up my stuff and the #ocbp #ocpd

I’ve never heard of such a revenge bite from a swimming about sandbar shark. Might there have been a bit of a tail touch to get it moving?  Not sure.

Whatever, I can relate to the speed of shark bites based on my many years of snake hunting. I’ll even argue, based on videos and personal experiences, that the swing-around speed of a small enraged shark, when tail grabbed, is not all that far off from the strike speed of some of the Eastern diamondback rattlesnakes I grabbed under a hot sun, when snakes move their fastest. It is proven that sharks can see both in and out of water, thus their out-of-water grabs are done with bad intent. My only firsthand view of shark bite speed happened aboard a boat. It proved that even a fellow snake catcher wasn’t fast enough – or prepared enough -- to avoid the counterattack from a three-foot unidentified shark. That particular shark was livid. After finding lower arm flesh, it would not let go. What a bloody mess – though not quite stitches-grade. Seeing we had a weird group onboard, there was a ton of laughter throughout the de-sharking procedure, even from the bitee.

I bring up this whole shark-strike thing due to the many sharks now being caught by anglers. Importantly, the average size being taken is the fast-striking three- to four-foot range, though mere two-footers can be seen on YouTube taking toothy umbrage at being tail grabbed.

Baby Tortoises Show Up In The Galapagos Islands For The First Time In 100 Years!

BY THE ANIMAL RESCUE SITE

After 100 years of dwindling birth populations, attacks by invasive species, and heavy casualties from fishing and whaling, baby tortoises were found born in the Galapagos Islands.

This is huge news for a species that has been struggling to survive for a century, relying on humans raising young tortoises bred in captivity until they are large enough to not fall prey to rats and predators.

Finding naturally born young is evidence that conservation efforts are helping rebuild the islands ecosystem, which has been damaged, possibly irrevocably, since the 17th century. 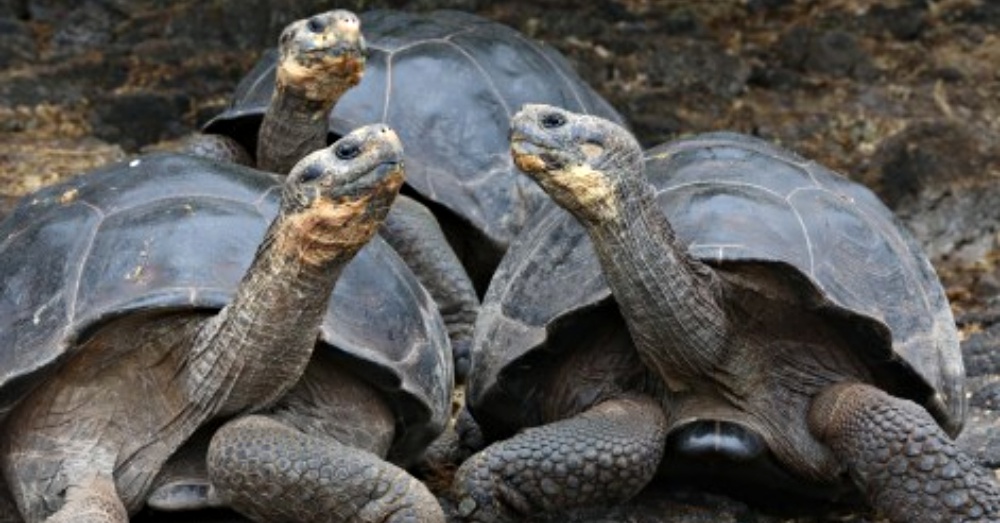 Rats have been the biggest threat to the tortoise population since their accidental introduction to the island via ships infested with them. The rats root out nests and eat the eggs and newborns of numerous island species, hurting more than just the tortoise population. Thankfully, the island of Pinzón, home to the newborn tortoises, was declared rat-free in 2012, and the results are already showing. 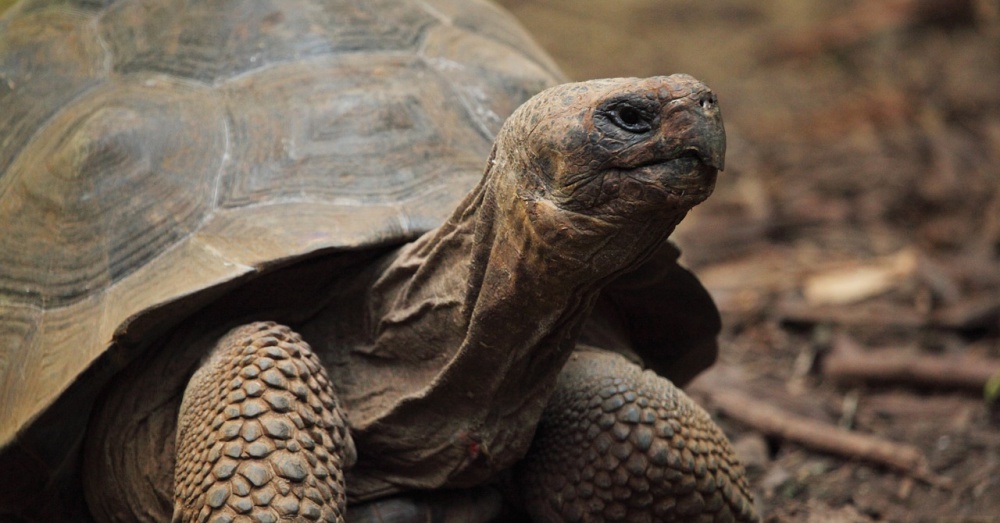 Pixabay It’s encouraging to see conservation efforts pay off so quickly. The tortoise population has gone from around 150 in 1959 to almost 500 today. Celebration is certainly in order, but there is still more hard work ahead. And it’s never too late to help the cause.

Please be kind to them

"One of the cutest beings on this planet, an opossum, also one of the most misunderstood. They are marsupials, they do not transmit rabies and are indispensable for pest control, they are naturally docile and gentle, and when scared they show their teeth and hiss to appear menacing, but when they are terrified they don't "play" possum - they quite literally faint from fear - so do not harm them!"

Jetty Jockey Jacob caught this remora aka sucker fish off the LBI surf today on Gulp. Definitely not a common catch. Jacob said, “It put up a good fight. Thought I had a doormat!” We’ve heard about some other warm water (somewhat uncommon land based) catches in the past few days... Spanish mackerel, bonita and a mahi. #neverknowhatyouwillcatch Long Beach Island - LBI 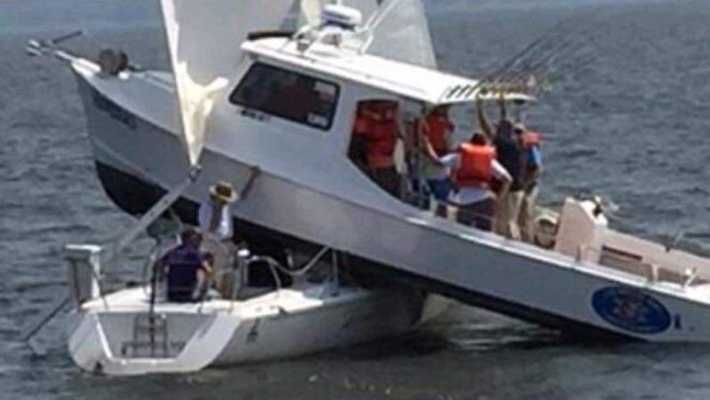 Awesome day with the flounder back Bay