Tuesday, February 21, 2017: We’re in that tweener time of year: it’s mild enough to think fishing but, then again, it’s not.

Fired the next day for displaying this rampant racism ...

Tuesday, February 21, 2017: We’re in that tweener time of year: it’s mild enough to think fishing but, then again, it’s not. Some folks have been working Graveling. I don’t know to what avail. I’ll be doing a drive-down this week.

A few surfcasters tried the LBI beachfront. Best I can note there are skates – at least I found one washed up on the beach, DOA.

How about the next bout of balminess; right on schedule, by my thinking. I guarantee that frogs and flower bulbs will be total confused by the arriving four or five days in the 60s. I’m in there, digging-wise. Large cents here I come. By the by, we’ll likely be hearing those early T-storms I forecast last month.

Folks have been asking me about Scott’s Bait and Tackle. I guess some have yet to hear:

“Hello Folks, As you may have already heard by now through the grapevine, Scott is planning to sell the bait & tackle side of the business. We are planning to semi-retire and just specialize in selling our Penn reel parts and a few Penn products at our other building locally. (via PennParts.com).”

Yet another soul who knows when it’s time to get out. I’d be among those. I simply have no exit strategy, i.e. one that pays the bills. Good luck Scotty ... and Margaret … and the Gilberts … Sigh.

For buggyists, a reminder that Holgate closes at the end of March. If you want to grab some clams or see some birds, you might want to update your buggy permit, though there’s not a whole lotta checking going on. but, if your luck is like mine, the one time a permit checker is driving down there …

MORE BUMPY ROAD PRATTLE: After writing about the tough go over the Causeway, someone suggested I point out the dangerous change in road surface as you first come onto the Causeway, Stafford, heading eastbound. That rough surface is what remains of the original concrete divider, there since 1958. It’s bumpy -- and if hit in a smaller vehicle pushing 60 mph, it could get gnarly.

Tom R. emailed me asking about the not-long-ago showing of croakers, out the kazoo, and how that bite aligned with changes in shrimping regs down south. 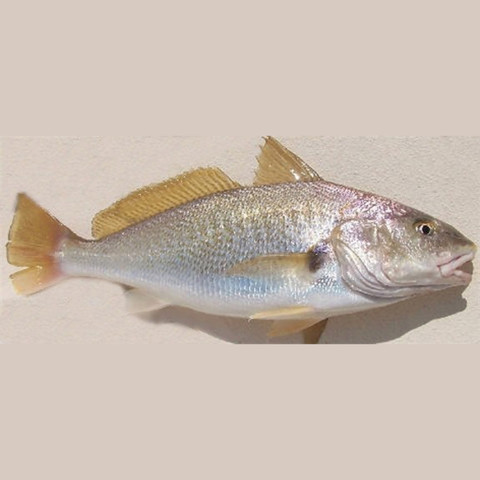 Researching retrospectively, I was able to align those couple/few years of insanely good croakering with what was a decline in shrimp boat activity due to an economic downturn in the market. Stricter regs also entered into it, somewhat.

Recently, shrimping has heated up … to new highs.

I have it on good scientific authority that even with the current stringent bycatch laws, the loss of young croakers remains inanely insane; we’re talking hundreds of millions of young fish lost. 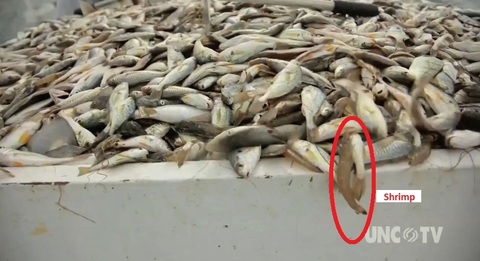 Just this week, the matter comes to the fore in North Carolina, where the N.C. Marine Fisheries Commission has been petitioned by conservation groups to curb shrimping effort to protect all juvenile fish that are routinely destroyed as bycatch in shrimp nets.

I’m among the few who listen to the shrimping industry claims that new excluder devices are steadily moving the industry toward less harmful harvesting methods. But there’s no turning a blind eye to the unreal, and unrealistic, bycatch killing of, face it, millions of young-of-year fish, annually. Backtracking a bit, there isn’t a fully documentable correlation between those banner croaker years we saw and the near-concurrent changes in shrimp harvesting pressure, at least not to the exclusion of natural causes and typical population cycles in all fisheries.

I’ll limb-out a bit by guaranteeing there are some severe impacts on angling when both juvenile gamefish and forage fish are neutralized (like that term?) for the sake of shrimp cocktails. All I ask, as if anyone is listening down south, is clean up the shrimping act. We’re a nation of geniuses. We should be able to find some way to catch wild shrimp without killing everything else in sight. I, for one, will pay extra for low-bycatch shrimp.

Below: Pilot Kevin Scott Douthitt took this shot of the controlled burns in the Pinelands. 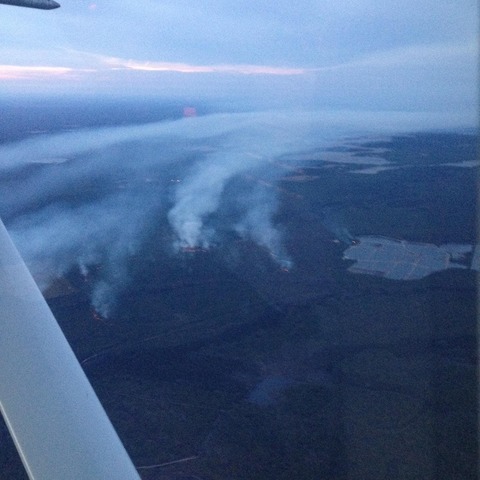 The blazes, begun with accelerants like gasoline, are meant to reduce highly-flammable underbrush, which can hold the equivalent of thousands of gasoline cans.

“The New Jersey Pinelands is a fire adapted ecological community that is one of the most hazardous wildland fuel types in the nation. Fuel loadings exceed twenty tons per acre in some locales. This has been equated to having over 1,300 gallons of gasoline per acre!”  explains www.state.nj.us/dep/parksandforests/fire, where updated info on the burns can be found.

Such controlled blazes have already filled the skies over numerous areas of the Pines. Adding to the smoke was a hot-burning wildlife in Manchester Township on Sunday. Forest Fire Service member had to be pulled off prescribed burns to extinguish that stubborn blaze, which charred approximately 575 acres.

Prescribed burns will be taking place through the end of March, though that time-frame could be extended.

“Since 1928, the Fire Service has used fire as a tool to protect the lives and property of our residents living near the forestlands of New Jersey. We do this by setting fires under exacting conditions to reduce the underbrush in areas that are prone to fire …”


Spent three days last week fishing for sailfish at Isla Mujeres, Mexico with my nephew, Todd Correll and his son Connor of Fort Lauderdale, on his Viking 61, Last Call. Sailfishing has been slow there so far this year, and it stayed that way. My nephew, Bob Correll from N.J., was aboard along with Todd's nephew Nico from Long Island as Capt. Colin Page put us into eight releases while we also missed a few and caught large "bonito" (little tunny) on the trolled balao. We did see more typical fishing for that area during late afternoon the last day when dozens of frigates were diving on a sardine baitball as the sails of sailfish cut through. An attempt at high speed wahoo trolling one day produced only barracuda until a surprise 6-foot mako shark hit a Yo-Zuri plug. Todd never caught a mako when I took him sharking off Montauk when he was a kid -- and that was his first. A short shot of bottom fishing resulted in lots of variety. Beautiful days, but mostly rough seas that were no problem for Last Call. A great time with the nephews I'm so proud of! 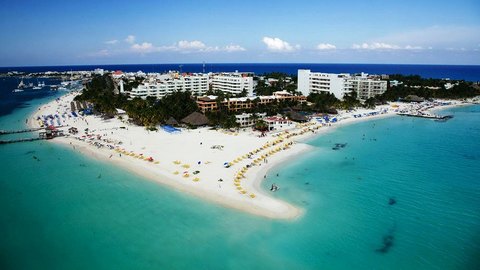 
A year after tens of thousands of common murres, an abundant North Pacific seabird, starved and washed ashore on beaches from California to Alaska, researchers have pinned the cause to unusually warm ocean temperatures that affected the tiny fish they eat.


Elevated temperatures in seawater affected wildlife in a pair of major marine ecosystems along the West Coast, said John Piatt, a research wildlife biologist for the U.S. Geological Survey. Common murres are an indicator of the regions' health.


"If tens of thousands of them are dying, it's because there's no fish out there, anywhere, over a very large area," Piatt said.


To see such effect over two sizable marine ecosystems is extraordinary, he said.


Deaths of common murres in Alaska likely were multiplied when starving birds in December 2015 were hit by vicious Gulf of Alaska winter storms, Piatt said.


Common murres look like thin penguins. They can fly many kilometres in search of schools of fingerlength fish, and can dive and swim nearly 200 metres deep to capture them. However, the birds' high metabolism means they have to eat a lot. If they don't eat prey matching 10 to 30 per cent of their body mass daily, they can use up fat reserves and drop to a critical threshold for starvation within three days.


Common murres eat small forage fish: capelin, from the smelt family, and juvenile pollock, which as adults are caught for fastfood fish sandwiches. Both fish were largely absent when the National Marine Fisheries Service conducted surveys in summer 2015.


Common murres paid the price. Volunteers and federal researchers last year counted the carcasses of 46,000 dead murres in Alaska and another 6,000 in California, Oregon and Washington.


Die-offs of seabirds occur periodically, but this one was spectacular. Only a fraction of the dead birds likely reached shore, Piatt said. And only a fraction of Alaska coastline was surveyed. A conservative extrapolation indicates 500,000 or more common murres died, Piatt said.


Nearly all were emaciated. As birds starved, they consumed their own fat and protein until they lost deadly amounts of body mass and were unable to keep themselves heated.


"It's an agonizing, awful death," Piatt said. "And then on top of that, some of them probably drowned."


Starting in 2014, the temperature in the upper 100 metres of water was as much as 2.5 C warmer than normal. NASA explained it like this: An unusually strong and persistent ridge of atmospheric high pressure appeared over the northeastern Pacific, weakening winds and easing normal, wind-driven churning, which promoted upwelling of deep, cold water to the surface. It led to a lens of unusually warm surface water that a University of Washington researcher dubbed "the Blob."


Forage fish feed on zooplankton, and cold water produces the biggest, fattiest versions, said Shannon Atkinson, a physiologist and researcher at the University of Alaska Fairbanks. "What that means is there's not as much energy, and the energy that's being transferred up the food web is not as energetically rich," Atkinson said.


Warm ocean temperatures also affect big North Pacific fish such as halibut, cod and pollock, Piatt said. Their metabolism increases as the temperature increases, and they have to eat more.


"The dominant food for those fish is - get ready - juvenile pollock, capelin, sand lance," Piatt said. "These fish are in direct competition with the birds now, and typically in most of these northern ecosystems, the large, predatory fish eat an order of magnitude more of those forage prey than the birds and mammals combined."


The rates of carcass recovery by volunteers monitoring beaches in the Gulf of Alaska returned to normal levels in July 2016, Piatt said. However, common murres continued to have trouble finding food, and it showed up in breeding, he said.


"In 2016, we had widespread breeding failure at all of the colonies in the Gulf of Alaska, as well as the Bering Sea," she said. "It was a highly unusual event. Murres don't fail regularly."


There's no question for Piatt that Pacific warmth was the ultimate cause of the common murre die-off.

Shutting down the cave for this evening . Big day tomorrow . Going to be making some big orders mimicking these colors / baits and more !!! Hopefully a certain phone call in the morning is going to blow RiverSlung / http://www.urbanlegendoutdoors right back onto the national map . Cross your fingers ! This one just might be the one I've been waiting for during our 16 year journey making baits to get to this point !! A prayer or two would help tremendously as well !! Getting all emotional , after all the shit I've been through , to think this chance could come around the bend in my lap again !! Please God , let this happen !!! And thank you !!!!!!!

And how ground animals are killed by these stupid burns ?