After getting a platform diving app for his phone, Maxwell was confident he could ...

While Maxwell's dad, after downloading the latest ninja app ...

Tuesday, February 07, 2017: I needed a little website hiatus, as a cleared up some pressing business, like me needing to stay in the woods for longer than usual. I saw and dug a lot but can’t fit it all in here right about now. It’s easier for me to take some photos of my finds, including a totally weird push of old Spanish coins -- most modern being 1797 and the oldest 1737 – found separately.

Weather-wise, the coolness bordering on coldness has been a boon to some biking in the outback. While I’ll be loving the 60s tomorrow, I do see what has prognosticators seeing white by Thursday. If that isn’t a perfect microcosm of the yo-yo winter we’ve seen ... warm one day, white the next. It’s like we’ve taken on a mountain climate.

Long-range, normalcy will win out after this snowy chill-down. By next week, we’ll go into as much as a two-week stretch of highs in the 40s and lows in the 30s, maybe some 20s.

I should mention that rain will become less and less likely heading into spring. This is not good. While it seems we’ve had plenty of rain this winter, we’re not looking good in the big-picture rain gauge.

TRAGIC: I need to send out my sympathies to family and friends of the 26-year-old Richard Pereira, shot and killed in a deer hunting accident. I’ve known family members for many years.

I’ve gotten some insights into the accident. I’ll skip the details except to say there were four men doing a deer drive. Richard was a driver. A 41 y/o friend of the family – I’m getting varying report of his familiarity with deer hunting – fired into nearby rustling bushes. His shot hit Richard. Despite efforts to keep the young man alive, the damage was too great. His dad was with him when he passed. Absolutely brutal. It’s hard to even think about.

It was truly an awful accident, utterly devastating to all involved. But it was an accident.

While it’s easy to second guess the circumstances – and I’ve never liked deer drives – nobody in the group of friends went out that day with anything but thoughts of having fun. It might be said they were targeted by fate.

I’m particularly moved by this accident seeing I’m in the woods more than anyone else you know. While I wear hunter orange … or something even brighter … in-season, I’m perpetually wary of rogue shotgun fire, or the mis-ID’ing of me as fair game.

I wouldn’t be at all surprised to wake up and read I was accidentally shot in the woods. That’s made more acute by the fact I often bushwhack, meaning I bust through underbrush to get to places few men have gone before.

I’m always counting on my inner senses to clue me in that something is suddenly amiss; that things just don’t feel quite right.

UGLY IS AS UGLY DOES: Video in question: http://www.youtube.com/watch?v=47UMLoxiz1c ;.

I'm not sure what to make of this dumping action off the Road-to-Nowhere, Manahawkin. Is it a lazy-ass individual offing his one-time sports gear (most likely), a robber nixing unwanted goods, or a gal/guy who has had it with the links winning out the battle for a spouse's affections?

Give it a look and let me know if you have any background on this eyesore. 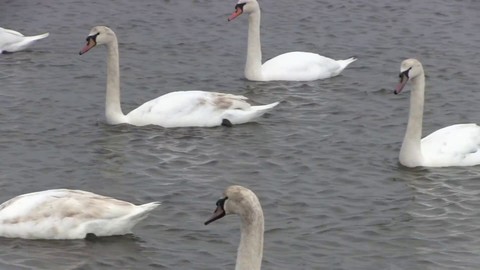 Why should you and I pay to have these poles taken down??? Mann's Bait MX Stick is the latest, hot off the assembly line, in a smorgasbord of lures available. We've put this lure to the test, and the results are down right impressive!


You can stop it, start it, kill it, twitch it, dead stick it, slow roll it, burn it, twerk it, troll it, drag it through the mud, bump it off the shell, work it just below the surface, or jerk it deep... It's tough as nails, and better than grammas cornbread and beans for dinner (at least that's what the Redfish and Trout have been saying).
Ten Fish Catchin' Colors Available! 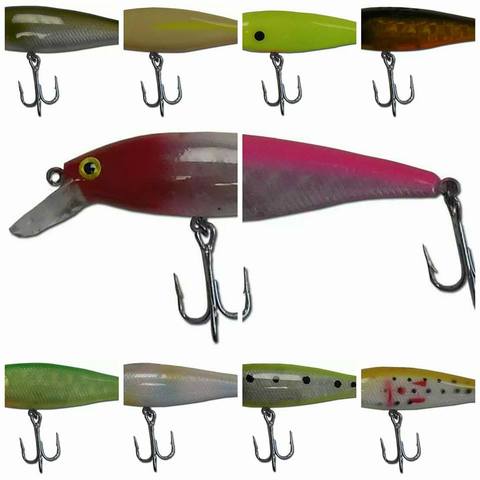 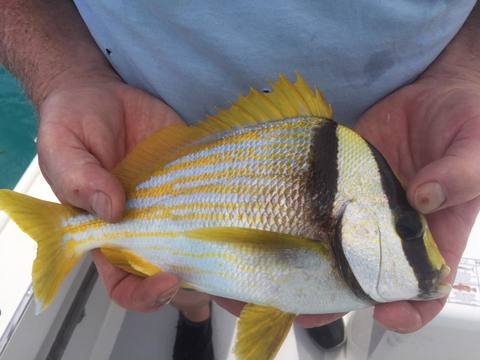 At the ASMFC's Summer Flounder, Scup and Black Sea Bass Board meeting on 2/2 there was a three hour discussion on which fluke option to choose from Addendum XXVIII. The meeting began with DEP Commissioner Bob Martin speaking on behalf of New Jersey's fishermen. He made it clear that none to the options in the addendum were acceptable to our state and urged the board to maintain status quo. He made it clear that our state will fight any of the other options with whatever means is necessary. The Commissioner was followed by a representative from Congressman Frank Pallone's office who also spoke passionately on our behalf. We need to thank both of them for making the trip to Alexandria, Virginia and doing this. New Jersey representative Tom Baum then made a motion for status quo which I believe was seconded by Delaware. In addition to Tom, our other representatives, Adam Nowalsky and Chris Zemen presented our case very well but unfortunately the motion failed with only Delaware supporting us.
A lengthy discussion ensued but eventually it was option 5 that was approved by the board. This option was approved by the board despite the fact that it could be overruled by NOAA if it is determined that this option does not result in the mandated reduction. Option 5 seems to be the least restrictive of the five options in the addendum. Under this option, NJ would be faced with a 3 fluke bag limit with a 19" size limit and a 128 day season.
Regardless, our state is rejecting this option and intends to leave our 2016 regulations in place for this year. Our State is working with the new Trump administration with hope that the cuts mandated by NOAA will be overruled. However, for now though, based on the ASMFC's decision today, each state or region will now have approximately two months to develop regulations that would comply with option 5. Though NJ has already decided to go out of compliance, I don't believe that we could actually be found out of compliance until the deadline to enact regulations has passed. Then, I believe at the ASMFC meeting in May, we could be found out of compliance and our state would probably be given a warning notice with 30 days to comply. If we fail to comply, it would then be sent to the Secretary of Commerce who would then have to find that our regulations were hurting the fishery and if so, the default measures would be enacted upon us. That would be 2 fish at 20" with a season of 7/1 - 8/31. However, all this would take time and there is also a chance the Secretary of Commerce could give a favorable ruling. If it goes this route, a decision will probably not be made until mid-summer. This is a big risk we are taking but we have now drawn a line in the sand. As the Commissioner stated, "Enough is enough". Please continue to contact your legislative representatives and ask for their support.
Therefore as of right now, our season is slated to begin on 5/21 and continue through 9/25 with a 5 fish limit at 18" for most of the State. The only exceptions are for Delaware Bay where there is a 4 fish limit at 17" and at Island Beach State Park where there is a two fish limit at 16".

I'll have a few deep trollers available Saturday @6pm. After that I'm moving onto pikies.

A notorious anti-science climate skeptic, Kenneth Haapala, is no longer part of the “landing” team overseeing hires at NOAA and the Department of Commerce.


“.. Haapala, who does not hold an advanced degree in any of the natural sciences, has made a career out of denying the science behind climate change and advocating against actions necessary to protect Americans from its worst impacts. NOAA is a technical agency that produces world-class science to help businesses, governments and individuals manage risk and understand the environments where they are operating.


Farmers, fishermen, shipping companies and the outdoor industry and many others rely on NOAA products to help them make a living. Climate science is an important component of this work, and to deny that fact will put American businesses at a disadvantage, and make our country a more dangerous place to live. ”


"Therefore we urge you to remove Mr. Haapala and any others who share his discredited views on climate science from the DOC landing team. He certainly does not understand or appreciate NOAA 's mission and therefore is unfit to serve in any capacity that oversees operations or personnel decisions at the agency. ”


According to a report from McClatchy’s Washington bureau, as of this week, Haapala no longer has a role in the transition and did not take part in meetings about potential appointments at the Dept. of Commerce.


NOAA employees interviewed by McClatchy expressed alarm that Haapala would have a role in the agency’s management. But according to the senior Commerce Department official, Haapala did not attend meetings or offer up names for appointments while serving in the transition.


“From inauguration on forward, he has not had a role, ” the official said.


His removal is a small but possibly welcome sign that NOAA’s science role will not be a casualty of the ideological wars that have consumed Washington.


The possibility of using microalgae as a potential source of biofuel has been long discussed, but it’s not without its challenges. The big one is the same issue that affects a lot of promising tech: scaling it correctly — or, in this case, managing to grow enough of it an efficient manner.


Fortunately, a new piece of research from Syracuse University biomedical and chemical engineering PhD candidate Bendy Estime suggests a new method may be on the horizon.


“This research proposes an energy efficient way to grow and harvest microalgae,” Estime told Digital Trends. “By allowing microalgae to grow in a confined environment, mixing cost can be avoided and the distribution and absorption of light can better be controlled. The simplification of the microalgal biomass harvesting process makes this technology even more outstanding.”


Estime’s work addresses several bottlenecks with microalgae cultivation. These include its tendency to stick to the walls of containers, therefore blocking out necessary light needed for growth; the constant need for stirring to make sure that light reaches the right places; and the final, time-consuming task of separating the algae from the “broth.”


To solve all of these in one fell swoop, Estime has developed a new growth medium called Tris-Acetate-Phosphate-Pluronic (TAPP). What is neat about TAPP is that it can transition from a solution to a gel with relatively minute variations in temperature.


When the microalgae is first seeded, it’s kept at 15 degrees celsius, which makes it a solution. When it’s heated by just 7 degrees, it becomes a gelatinous mixture in which microalgae grows in clusters 10x larger than in the regular medium. Finally, it’s cooled again for harvesting, at which point it turns back into a solution, which can be separated using gravity.


According to Estime, the system could result in microalgae being harvested at 10x the speed of traditional systems, and in a manner that is highly energy-efficient. (Dare we say it, even “green.”)