Tuesday, December 17, 2013: A bit pissy out there today but perfect for me to be indoors to finish up the final SandPaper of the year. I commence with vacationing tomorrow. Whether I manage to actually experience said vacation depends on outside orders – from the brass.

I did zip down to Holgate, late-day, for a touch of outdoorness. I got mainly a touch of rain. Still, a drive along the south end beach is a reenergizer.

On first passage, the snowy owls seemed to have flown the coop. Of course, I wasn’t overly observant since it was raining upon my owl-spotting truck windows, lowering visibility. By the time I got to the Rip, I became troubled at the silence of the snowys. I fretted over the way this might lower the heightened winter interest in Holgate – an interest I’m trying to foster to keep the far south end from eroding away entirely, despite its being under the guardianship of a federal entity.

Fortunately, I rounded the end bend and don’t I come across a juvenile polar bear, then, not that much further off, there’s a full-grown snow leopard. They sure as hell should easily keep visitorship around, eh? 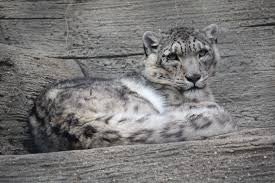 Oh, I also eventually came across the “Rip owl,” perched in a dead shrub. Here’s a vid look: http://youtu.be/Urje16MmXjs.

Back to my arriving vacation.  I’m open to check on any weird nature sightings, odd tracks, creatures going bump in the attic, etc. I’m also a-look for old areas to metal detect -- or to dig old dumpsites. I’ll even offer metal detector lessons as trade for top detecting sites. 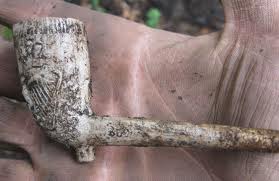 As for fishing, it’s sort off the table – fish-wise. Schoolies never really showed so the odds of a Christmas striper remain too slight to even get me tossing clams. Maybe I’ll jig a bit. Truth be told, as odd as this year has been, I might even throw on a pompano rig – with clam or worm aboard – and try for nearshore winter hake. A goodly number of years back, I kayaked out to the sand bars just off Brant Beach and hooked these slimy-skinned, delicious tasting panfish, one after the other. Oddly, the next day I tried surf casting just about the same distance out and got zilch – same rigging and baits. I wonder if the replenishment might bring the winter hake in closer. I’ll let you know.