Tuesday, August 15, 2017: Coming down in dribs and drabs, though jetty anglers and a few boaters are taking it in stride

Or, this ... (Pit bull grabs fleeing criminal where it hurts the most ...)

Tuesday, August 15, 2017: Coming down in dribs and drabs, though jetty anglers and a few boaters are taking it in stride, seeking out fluke.

Amazingly, we are on the last leg of summer, at least what might be called the tourist-season summer. Those still-summer weeks from September 1st to the 22nd are seldom thought of as being part of summer-summer, though the Island hardly empties with the arrival of September – or even with the first day if fall.

Raw look at late-day waves ... Images i send to Weather Service to get a read for rip current level ...

We’re still seeing some serious surf and will likely see same through Thursday. As of late day, it was in the four- to six-foot range on sets. The waves are thanks to Hurricane Gert, which will pose no threat t land, no how. But her waves will be fairly powerful, despite her minimal hurricane status. She is in our surf wave window, meaning there’s nothing blocking the swells from reaching LBI.

As to fishing the ocean, boat or beach, swells like this possess a lot of push -- south to north, in this case. Strong currents, regardless of the wind, will prove that out. Obviously, such a powerful push of ocean is part and parcel to rip current development. Take care.

The low wind trend will persist, which is always good news for fishing, at least by my thinking. I’m now suspicious of what this oddish August weather might mean for fall and winter, seeing these low wind days are being accompanied by below-norm air temps. That said, I recently looked back at my weather logs and saw a couple cool Augusts that led into very balmy Septembers and freaky mild Octobers, the latter being very bad news for fall fishing.

I’ll repeat that shark fishing is decent to slightly above decent. Despite a couple wonderful sand tigers coming to light, small browns are the main hookups. I never get much word on boat sharking, though one emailer called the bite “untapped” after a couple exceptional trips. By the by, I can see why some anglers don’t want to mess with sharking due to the difficulty in ID’ing catches – and the fierce fines that come raining down if you bring a wrong-shark back to port. I’m guessing that’s why shark hookups aren’t always planted on Facebook.

An impressive houndfish was taken on a plug thrown out for bluefish. It was 30 inches long -- and released without being bought onboard. Little Egg Inlet area, I believe.

This post came my way:  Hi Jay, I just wanted to ask the rhetorical question of where did all the spider crabs go? For the last several years when ever we put out the crab pots we would end up with hundreds of the dreadful things, I have not seen one this summer which is a beautiful thing. We had a quest down last weekend who lives to crab and was in his glory catching 6"&7" blue claws left and right. I am not complaining just seems odd how the spider crabs have vanished. Keep up the good work. Bill 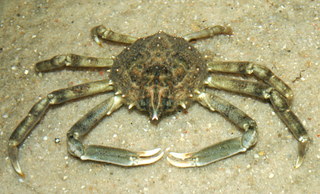 Funny you should bring that up. A couple years back, the entire shoreline of The Dike (High Bar Harbor) was thick with bleached out spider crab shells; hundreds. While I assumed they were sheds – which can look a lot like the remains of a dead crab – I noticed some shells had the remnants of internal organs. Those obviously weren’t

As to the overall health of the species, a shell showing like that might mean nothing -- or a ton.

Despite their slow, low-profile nature, spider crabs play a huge scavenger role in marine ecosystems. They are a superior cleaner species, skilled at keeping the bay bottom tidied up, by eating dead creatures and plant matter.

On the other tiny claw, they also serve an important albeit unwanted role as prey for birds and other types of marine life, including drumfish and such. Which brings us to a possible x-factor, via a newcomer to the bay biosystem: cow-nosed rays, aplenty.

These ravenous eaters delight in downing spider crabs. While that would seem a balance-of-nature thing, the rays are new hereabouts, meaning the spider crabs have no intrinsic defense against them. 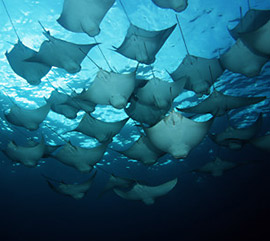 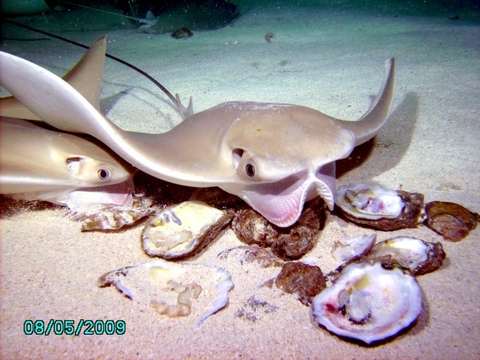 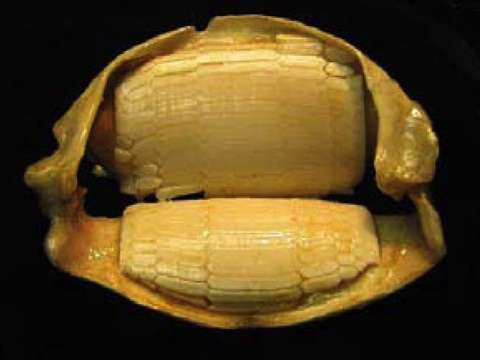 So, why not the same ray-fate for blue crabs as spider crabs? While blue claws likely do suffer, somewhat, at the mouths of rays, they are fast and furious when put upon by predators. As long as there are helpless spider crabs to easily be had, rays will avoid the savage claws of blue crabs – until the spiders run out. 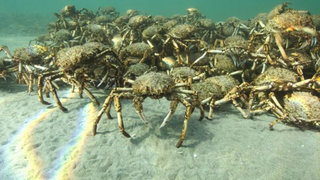 Keep in mind that crabs of every ilk often go through remarkable – and highly unaccountable – swings in populations. In the end, they most often come out on top in terms of long-term survival, dating back to the Jurassic Period, if not the primordial Carboniferous Period.

Finally, any decline in a bay species sparks my suspicions of big-ass bay ecology problems. Might an over-accumulation of bottom detritus from algae blooms be destroying the lives and times of slow-moving bottom-feeder like spider crabs? That will take some serious looking into, maybe when I retire in the year 2070 or so. 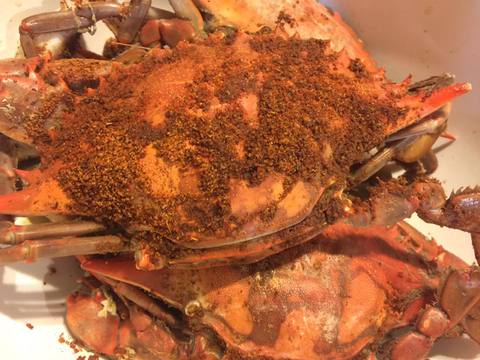 Nothing better than beating up on tunas with one of your best friends. Not sure what everybody was worried about today the weather was was beautiful and the fishing was fire. Jig, chunk, troll, throwing lures anything you wanted got to see some incredible feeds with bft and yft up to 65#. RonZ 8" was once again the MVP as it spent about a split second in the water before being inhaled most of the time. Been on this body of fish for over a month now lots of bigger fish starting to show especially in the slick, looking forward to see where they pop up next!

An other good day with a lot of variety. Fluke, seabass dog fish, blue fish a brown shark and a squid. Everyone left happy with a bag of fluke filets for dinner too. 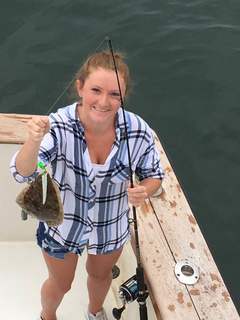 Finest kind of day with my son on the tuna grounds 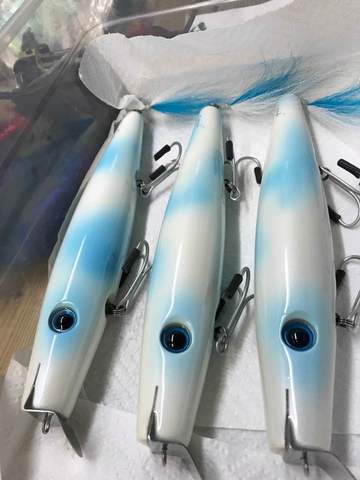