Thursday, September 18, 2014: Trapped! That was my truthful excuse for spending an entire dusk-to-dawn day in Holgate yesterday.

Thursday, September 18, 2014: Trapped! That was my truthful excuse for spending an entire dusk-to-dawn day in Holgate yesterday.

Yesterday proved the sea is a perpetual wet bag of surprises. Holgate got swamped by what truly was a mini storm-surge. I kid you not.

(Below: A smiling Hurricane Edouard.) 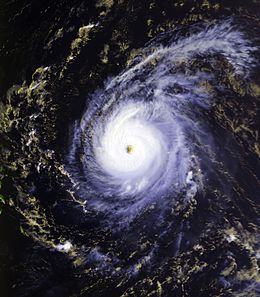 Although the causative hurricane was way out at sea, the first of the cyclone’s powerful swells combined with an otherwise normal incoming tide to fully wash over the south end. The Rip was absolutely honkin’ – five foot A-frame peaks bouncing around at one point.

Even today in Holgate, it’s easy to see where the sea surged far beyond the forecasted high tide footages.  That one tide swept far further across the beach– ocean water reaching the bay at one point – than during the recent honking northeast winds. Again, it had the push from the distant hurricane, via waves, along with a more surge-like rise in the ocean.

The bay filled up instantly, going from a normal low to filled to the gills -- pushing bay waters through some sewers along the Boulevard.

Getting back to that “trapped” part, many of us were forced to stay in place near the rip. OK, so maybe we could have risked driving though knee deep ponds of ocean water, gathered along the entire stretch from parking are to Rip, but the vehicular damage and the chance of a hopeless bog down had us simply suffering in Holgate – as we fished, netted bait, watched birds and lazily hung out under a gorgeous and cool sun. The horror.

I’ll jump in here to note that the entire drivable beachfront of Holgate is still offering very loose sand from yesterday’s mystery washover. If driving there today or tomorrow, stick to existing tire tracks or air down a little lower.

There isn’t a very high likelihood that we’ll see another mini storm surge today, though high tide will be hooking up with 5- to 6-foot hurricane waves, which always have a lot of juice behind them – and can suddenly wash across the beach with speed and vigor. Buggyists know what a pain sudden waves can be when driving what seems to be a dry stretch to have surf and foam attack from the side.

The sudden tide attack wasn’t the only weird thing for me yesterday. Early in the morning, when the inlet was sheet calm, I was plugging and had a monumental swirl near my plug. How monumental? Bigger than my truck. It was something huge, whaleish. Stu. D saw the next swirl it made. It was the size of ten dolphin tied together. (That’s just a concept. That’s all I need is to get pegged as a dolphin tyer-upper.) It had whale written all over it but never gave a long enough look to get an ID read.

Here’s a look at the Rip yesterday, as it began rising and overwashing. Small blues being caught at midway point of video: http://www.youtube.com/watch?v=3CGcb2D6wEk&feature=youtu.be

Today at the Rip in Holgate, not only was there a bluefish on every single cast of my white wooden (custom) pencil popper but there was a hit the instant it hit the water. And if a hooked bluefish (to three pounds) got off, the freed plug would instantly get hit again. These are good eating/smoking/jerky-sized blues but very thin, as if they starved for the past few weeks. By the by, right now nothing is working better than pencil poppers, due mainly to the showing of blues. However, I had two seemingly keeper-sized flatties come out of the water after it.

(Below: This is very close to the popper I'm using, though mine is only maybe four inches long. Despite having been new at dawn to day, mine now has teeth marks into the wood. It's amazing how even small blues can through the bite into the enamel paint.

Speaking of fluke, I’ve gotten word that the surf is live with big-ass fluke. That action is not in necessarily in Holgate, though I saw a doormat lost on the at the Rip this a.m. by a friend of Stu D. The full-blown flattie was all the way out of the water and onto the sand before it spat the hook, so we got a good look at it -- before a wave swept away. I’m guessing we’re going to see some phenomenal fluke for the last days of the season – after that, I’m sure to catch my biggest ones. Hey, I play by the rules and legally release any post-season fatties, even doormats.

The mullet run has become decidedly iffy. It was touch getting even a few dozen yesterday. That always happens during migrations but all too often a seemingly momentary pause in the runs can end up being end times. Somewhat disturbingly, the mullet are now very mixed in size, ranging from jumbo to small fingers.  That is never a good thing, though it could be due to the aforementioned impacts of smashing waves along the beachfront, literally mixing the sizes together. Calmness should have them reassuming their proper places in pods of similarly-sized brethren.

A really special thing happened....About two weeks ago, I put out a post to the fishing world about the host surf fishing tournament we are having in November (HRFA). In that post I spoke of how the children's prizes were a little light this year and I asked the Facebook community if there was anyone who could help us out with some fishing prizes for the kids. An hour or two later I was astonished by what I got as far as feed back and generosity.

First the Berkeley Striper Club stepped up and kicked in a $100.00 worth of tackle to be purchased from John at Betty and Nicks. An awesome donation and thank you very much. Then one of our own members from the HRFA, Carl Bruger, donated a bunch of his tackle. Moreover, several of my other friends on Facebook said they could contribute in their own ways. All of this response was astounding and incredible. Then came a huge one...

Damien Romeo of Hubris Sportfishing contacted me and told me a story about how he grew up and how fishing has influenced his life and felt that he could help in a large way. Damien then did something unexpected.... He committed to donate a $1000.00 worth of anything fishing related that I could buy for the children. I was completely surprised and knocked off my feet by this generosity he was giving to the kids. I immediately contacted our committee members and we were in agreement that this was over the top and too much. So, we made a suggestion that we purchase a rod/reel combo's for all of the children that show up, fish or no fish landed. He agreed and I started to set that up. ASAC has a member who owns his own online tackleshop that helps out the kids in a similar way. Rich from Digitaldagger.com We set this up with Rich and he pulled through with a few dozen combos at his cost for the children. With the combination of Damien's and Rich's generosity, prizes clearly worth over $1000.00 are ready with an all around good deal and the kids win on this.

The HRFA and all of their volunteers wish to thank the Berkeley Striper Club and all of those individuals that have contributed. But especially Damien Romeo of Hubris Sportfishing and Rich Bergenman of Digitaldagger.com You guys are awesome.

Information for those who knew Paulie