Thursday, September 05, 2013: A load of bait run analysis down below

Beach buggy update, Harvey Cedars:  Beaches will be open for 4-wheel drive vehicles as of October 1 in Harvey Cedars Permits avail at HCPD. Good till 12/31/13 $15.

You don’t realize how hazy summer is until you get a couple days like these. It feels good but fall is definitely sending out scouts. Not only was it damn chilly when I did my sunrise call-in to the Weather Service but I’ve seen a couple resident monarchs flitting about, loosening up for the big flight southward. The big autumnal display of these famed migrators is still weeks away but the Indians felt the earlier you saw them the tougher the arriving winter would be. 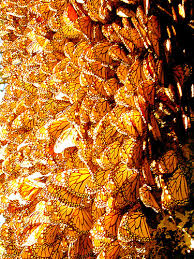 While that Monarch winter-precursor theory has never been quantified, I’m guessing it is, in fact, cooler nights that get these looker butterflies bouncing about. There is some possibly compelling anecdotal evidence that such early cool nights, i.e. early September, can precede nasty-ass winters.

On the other side of the Farmer’s Almanac coin flip, that non-winter we had a few years back – the second warmest in recorded US weather history – was actually preceded by a slightly cooler than normal September and October.

WEEKEND WEATHER WORD: After a battle with some sassy northeast winds tomorrow, we’ll see a great laydown, as winds will drop to light and variable. There should be great fluking and some ideal surf fishing, with a slightly riled ocean offering fluke, panfish and maybe a few resident stripers and straggler bluefish.

DYK: In Africa, where bluefish just like ours are highly sought after as foodstuffs, the natives on the continent’s west coast call them shad and on the east coast they call them, weirdly, elf. Anywhere that the two overlap, they have huge wars over the name and wipe out just about the entire human population, much to the delight of the elf shad blues.

COOL BAIT: What the current night coolness means in very real angling terms is the rapid rallying of baitfish -- moving out of the backbay, into the bay and finally to the inside regions of the inlets. 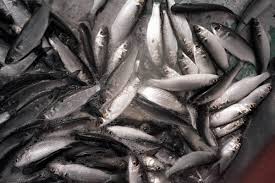 A-move as we speak are mullet, spearing, bunker, spot and lesser known migrating forage fish, like hardhead minnows and  bay anchovies. Needless to say, the inlet areas can get sorta crowded with forage fish right about now – but not with gamefish.

Nature offers otherwise dead-duck forage fish a running chance by putting them on the inlet and frontbeach scenes a hair ahead of the soon to arrive bass and blues. Obviously, the now on-scene fluke and weakfish are lovin’ the buffet but they can only eat so much, albeit a loadful. It really is the stripers and bluefish that swack the crap out of balled up forage fish. Even whales and dolphin have a heyday. Again, that small migratory lead the forage fish naturally know to take allows them to survive to repopulate.

As of my recent net throwings, there is a modest showing of the above-mentioned forage fish in our bay. I’ve seen way more mustering mullet and peanut bunker in the past. The current mere-modest showing is absolutely no indication of our fall mullet/bunky run. The big migratory run is so far from predictable that even I don’t guess at it. It is often predicated on factors as far reaching as the acidity in the Hudson River and the ecological health and welfare of bay areas off the New England and Nova Scotia coastlines.

FORAGE FACTORS: Once the baitfish migration begins, it then comes down to coastal weather patterns. These determine if the forage fish run moves flush to the beachline or outside the sandbar zone.

Smooth sailing weather, with its clear water, forces the suddenly easily-seen baitfish into the beach shallows. Stormy weather, and its dirtying of the nearshore waters, allows them the luxury of running a somewhat safer route along the sand bars, in as deep as 20 feet of water – though they still run the surface out there. How often we go crazy seeing acres of mullet out there with none inside.

Even big ground swells from distant tropical storms allow the baitfish to travel over deeper water, as I often saw when surfing. There were tons of times that I’d be waveriding and have V-formation after V-formation of mullet passing me in the water. Thinking the baitfish were thick all the way to shore, I’d rush in to throw net only to find there wasn’t a single stinkin’ mullet in close. I’d then paddle back out to the waveline and there would still be a rush hour of mullet on the move out there. That inside/outside thing is one reason Holgate is a premier net throwing spot, since the mullet running the bars are sometimes forced in close when entering the inlet. However, just as often, outside-running mullet will literally skip the inlet entirely and swim straight across it, skirting the shoals all the way over to Little Beach, never touching down within throwing distance on LBI baiters.

REPLENISHMENT BLITZING????: I have yet to monitor the mullet run along replenished beaches, where there are no sandbars. In fact, the first SC and HC replenishments were done in winter so there were some sandbars by the time the following fall came around. With this year’s summer-long replenishment, there will be deep water flush to the beach. It’s hard to say how that’ll play out though I can see a high potential for some wild and woolly blitzing potential, as baitfish have nowhere to run except right under our casting feet. Harvey Cedars, Ship Bottom, Beach Haven and the front beaches of Long Beach Township will be open on Oct. 1. Holgate opens this weekend.