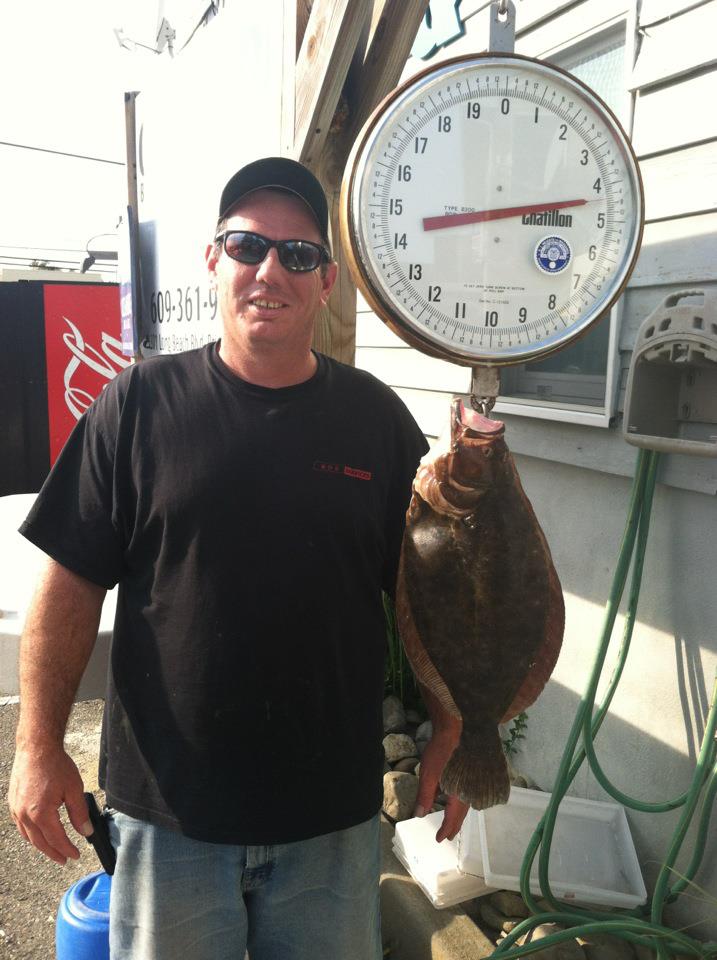 Dave iciacon 4-8 flattie, glup green on a bucktail! With bucktail! Tons of blues! — with David I., via Jingles.

Thursday, September 27, 2012: Hey, it’s fall. The weather is now doing its proper post-summer thing. Winds and weather iffiness is the stuff of traditional autumnal angling. While tomorrow seems wet throughout, I’m bucking the forecasts for Saturday and Sunday by saying not only won’t it be rainy (passing shower maybe) but we might even see some bits of sun. Truth be told, overcast is ideal for the Tuckerton Decoy Show, the BH Block party, Merchant’s Day and Chowderfest.

Fluking has really slacked off, though some nice singular fish are out there. Some folks theorize the arrival of the tailor blues spook the flatties out of the swash. I  can feel that fear factor for even larger fluke. I liken a three-pound bluefish to a pit bull. You and I might be way bigger than a pit bull but we sure as hell don't want to get bitten by one. 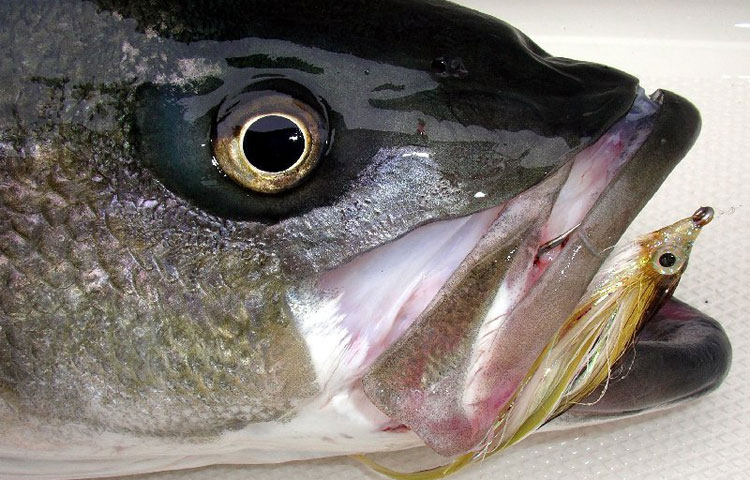 BASS ACTION STILL SAGGING: Unfortunately, global warming (or whatever) has further distanced the mullet run from the big-ass bass arrival. The two “runs” had been neck-in-neck as recently as the late 1980s. This last of this year’s amazing run of mullet might (no guarantees) overlap the first of the gordo stripers.

I’ll re-note that the showing of fab bass up in New England (I heard of 50- and even 60-pounders) might (no guarantees) usher in some of the larger linesiders we’ve seen locally in many a year, hopefully surf-wise.

The main bass problem for we surfcasters will come if the big bunker balls, right off our shores, align with a lengthy west wind stretch in October. The seas will flatten and acres of bunker will begin to lull  around just a bit offshore. I’m one of many thoroughly convinced that our suds-side bass bolt from the waves and out into the deeper water – for snag-and-drop boat anglers to go nuts upon. 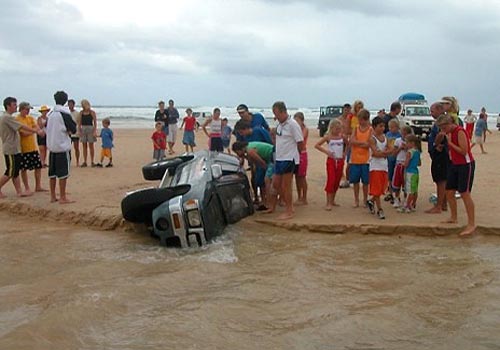 Video note: I had a NJ Beach Buggy Association respond to my wet trip to the Rip thusly,

“Breaking every rule of Njbba and LBI Twp rules isn’t very cool ! Not only bad for your buggy but a danger to others on that fragile beach and to all fisherman and beach combers traveling by foot ! This is why many once free and open beaches are now closed to driving ! Please avoid this show off action and think of beach safety and the future ! Never speed and never cut between parked vehicles and the surf ! artofkremens.”

My fairly polite response:  “There was no speeding! If you ever used a GoPro camera you would realize this. 20 mph, tops. The vehicles up top are technically not supposed to be up there, so I was the only one legally driving. So get your frickin' facts straight.”

I’ll add that I was advising against driving that way because of the wetness factor, thus my mention “Unless you have a power sprayer.”

As folks know, I’m mighty damn judicious when driving the front beaches, way more than most, including many NJBBA members. The laugher was the mention of “fragile” beaches. The beach is gone, literally dead where the problem driving zone is at. Incoming phone call: The same way I’m not the undersized fish police, I’m also NOT the permitless buggyist enforcer. I was asked to go after buggies without permits.

In fact, the permit-less vehicles I’ve been seeing are almost always out-of-staters who want to give the beach a single-shot try. Hey, if they toe-the-line while once-ing it, I’m all for looking the other way. I’m just not going to get confrontational and ruin the day – or the week, the way I stay steamed – over someone politely trying out their new vehicle.

That said, I DO (!) step in to drop some wrath upon any knuckleheads I see sneaking on to go gonzo. With my new cameras, you don’t want to get crazy within my focal range.

Advice: As I precariously hold fast to my self-ordained role as a mellowist, I strongly advise utilizing our fast-reacting police forces to corral any buggying crazies – even those boasting permits.

Per usual, I can offer way too many cases where taking hands-on corrective measures, especially in the face of “impaired” buggyists, can lead to instant ugliness. I once had a blathering drunk buggyist in Holgate almost run me down. He was allegedly an off-duty cop. Mark J and Randy M saw that insane incident.

I’ve been asked why there isn’t a one-day, weekend or weekly buggying permit. I’ve sat with officials entertaining that concept and along with way too much paperwork (including temporary stickers), I fretted that one-day or weekend permits could give the wrong folks, attitude-wise, a quick ticket to romp and ride.

With a yearly permit – or even a $25 eight-week-long LBI Surf Fishing Classic buggy permit (LBT) – folks are in it for the long run. In other words, they likely want to come back, again and again. They duly mind their Ps and Qs.

By the by, LBI Surf Fishing Classic buggy permit (LBT) are available on October 1. Shops: Please get word out about that LBT amenity.