Thursday, October 30, 2014: The bassing is slowly coming to life. This a.m. found small to medium stripers near frontbeach jetties, mainly 26- to 34-inchers. While I hype jigging, folks mixing and matching various swimming and shallow-diving plugs are finding takers. Shallow diving plugs are often taking hits when slowed then sped up – with some dead-in-the-water stalls thrown in. Smallest stripers going after smaller, fast-retrieved plugs and even showier teasers. By showier I mean some of these larger, saltwater-fly types teasers, many of which look like full-grown spearing and even tiny bunker. I run such fly teasers off a dropper loops tied directly onto my line, no leader. When (and if) larger blues arrive that direct-tie notion will be out the window – as, really, should the use of teasers. 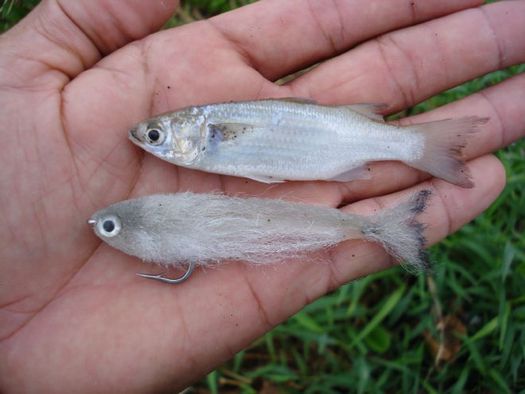 Larger bass are seemingly going for bait. I base that on the scant few reports of cows, mainly taken near the north end --but surely out and about off virtually any LBI beach.

Ocean water temps are still absurdly warm the last days of oct. And now the predicted weekend freeze-over isn't panning out at all -- and warm air behind it. Along the shore we won't be getting anywhere near freezing at night. The best bet for a quick water chilldown would be some frigid rain, but that would only chill the bay and inlets. I'll note here that the bass are also responding to shorter days and longer night, causing southwardly migrating fish to move our way despite the water warmth. The problem is they're not eating with much vigor. I often think that days where short hits aboud are fish only half-heartedly swiping at plugs.

Here’s a quick look at the Classic leaderboard, with the latest entry being a sweet 39-9 taken on herring (live, I assume) in Barnegat Light. It’s Bill’s second big bass, the other being a 29-7, from the same zone. What a lively ocean: large pod of dolphin and two seals ... seals best seen at :30 mark:

SANDY BIRTHDAZE: It was two years ago that Sandy threw herself upon us with the worst intent, like some sorta souped up she-demon. The b-word wasted first-floors, garages, vehicles, vessels -- and, for many, the shore lifestyle to which they had become so accustomed. 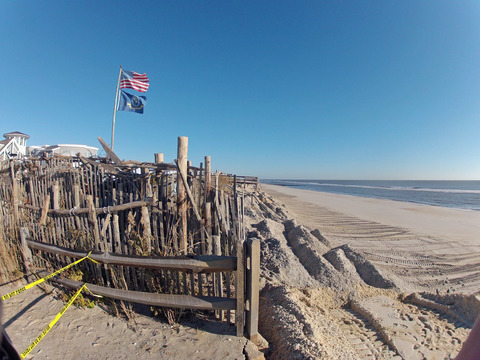 When the coast had finally cleared, many of us underwent what would be an almost absurdly drawn-out rebuild – a rebuild still ongoing for a forsaken few.

But, indeed, there has been a rebuild -- and a windfall for many. A far better look and even lifestyle is following the tedious rebuild. Better homes and gardens abound.

That’s not to say it wasn't vicious struggle – if not a pitched battle -- over insurance claims and grant assistance. But, the final results for those folks who nimbly negotiated the road to rebuilding success have had sweet returns through better-than-ever properties. Face it, Sandy was a coastal boon on so many new-and-improved fronts. At the same time, the shadows from raised and revalued home have masked the plight of those who didn't make it out from under Sandy alive, fiscally speaking.

In my business, I see and hear from scattered and disenfranchised Sandy victims, most treading water as if the Superstorm had just abated. It’s astonishing to see those fierce hangers-on clinging to two-year-old planks from flood-ruined homes and lives. (To be sure, I’m not talking about those who bolted, leaving homes and mortgages behind, gathering mold.) 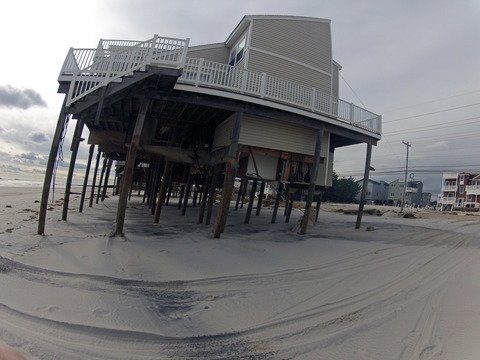 And to the sale of Sandy sufferers who now have better lives and lands thanks to Sandy, here’s to good times ahead, leaving past-storms the hell behind --while still aggressively helping those who haven’t been graced with a post-Sandy lifestyle betterment. 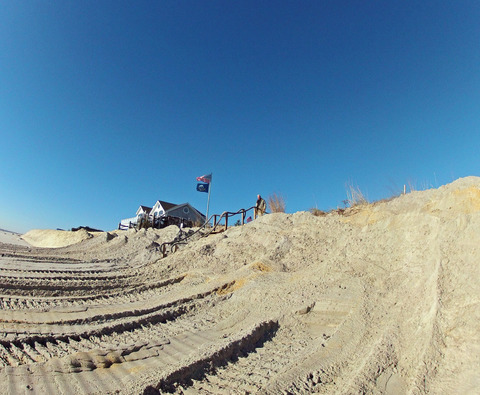 Hard to believe this was somewhere in my family's DNA ... I never took a dip in that gene pool. To help out this website, you can go to the top right side of this page and click on the blue "Donate" tab ... This goes to a PayPal account.  Otherwise, send donations to Jay Mann, 222 18th Street, Ship Bottom, NJ 08008