It doesn't have to be 'One of those days.'" Get out there and do something ... 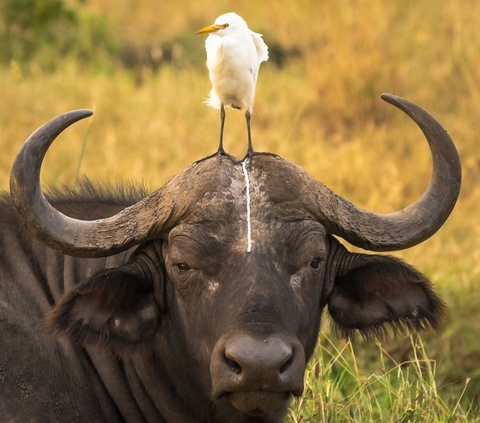 And a little more than this ... come on.

October 27, 2016 New Jersey/Delaware Bay Fishing Report with Jim Hu...
Run and gun fishing is underway in the North Jersey region – no secret here, it’s actually be going on for…

Thursday, October 27, 2016: Good fishing day if I do say so myself. South winds after west winds is often a bite spiker. By afternoon we still haven’t seen any real rain around here.

With the ocean water sliding into the upper 50s -- and still an insane showing of rainfish -- how can there not be a striper or way more in the suds? He says, having yet to nab a decent bass from the beach.

Please get signed up for the Classic. It's oozing prizes and prize money. I promise you, the average Joe can walk on any beach and win big. 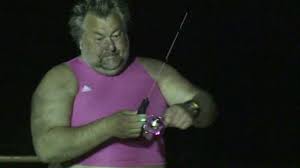 Ed McAllen "It went nuts at the inlet today. The bait schools were from just north of the rip, all the way to the back. Birds working, bait and herring as far as the eye could see. Herring on every cast. After I filled my bucket up, it was time to liveline. Unfortunately no bigger fish were on them. At least it made for a fun afternoon! Bait was so thick, even a skate beached himself going after them lol!" The west winds will return by as early as tomorrow; gusty but not nearly as potent as the  last lengthy batch of offshores.

The arriving westerlies will have a decent touch of mildness, warmer than the forecasted mid-60s. It’ll be 70-ish on the mainland.

Sorry, but I’ll coax mildness all winter, if possible. That doesn’t mean the distant ski areas won’t gain neck-deep whiteness; just not-so here. Hell, just this morning there were traces of snow in the Poconos and a solid coating in Adirondacks.

WHAT THEY’RE GUESSIN’?: The long-term weather forecasters – an oxymoron, if ever – say we are in for, and I quote, “a normal winter.” Which begs the question: Is that the “new normal,” the old normal, or an even newer-than-new normal?

I fully realize forecast are quasi-scientifically based on the likes of Niños and Niñas – along with other obvious atmospheric harbingers, like jet streams. They have an iota of what might be called reality to them. Not so much so with the famed Farmer’s Almanac.

The Farmer’s Almanac looks far beyond the local heavens for insights into the future. In case you didn’t know, they look to spots before their eyes as the ideal way to predict a white-or-not Christmas and such.

By the publication’s own admission:

“We derive our weather forecasts from a secret formula that was devised by the founder of this Almanac, Robert B. Thomas, in 1792. Thomas believed that weather on Earth was influenced by sunspots, which are magnetic storms on the surface of the Sun. …We predict weather trends and events by comparing solar patterns and historical weather conditions with current solar activity

Notes about that formula are locked in a black box in our offices in Dublin, New Hampshire. The Almanac's secret black box.

Oh, if you force me to” “The 2017 Farmers’ Almanac, which hits store shelves everywhere on August 15, 2016, forewarns that exceptionally cold, if not downright frigid weather will predominate over parts of the Northern Plains, Great Lakes, Midwest, Ohio Valley, the Middle Atlantic, Northeast, and New England this winter. The Farmers’ Almanac’s long-range weather predictions also suggest shots of very cold weather will periodically reach as far south as Florida and the Gulf Coast.” 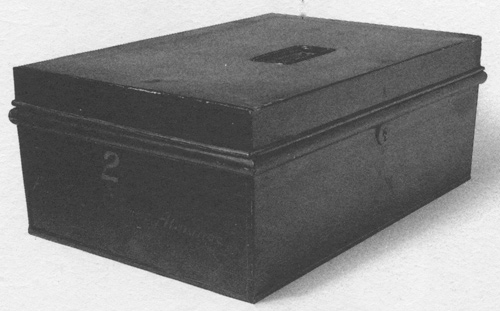 MY CALL: I predict the dead opposite, of The Almanac, for the Middle Atlantic zone.

We will toy with periods of cold – not before January, though. Low temps will be nothing exceptional, with maybe a single single-digit night thrown in. What’s more, we will break a couple/few records during spurts of winter warmth, mainly on the Feb/March end of things.

Moisture will be hard to come by for us, be it white or wet. In fact, we will be frustrated when nearby areas of Pa. and NY get some fine showings of precip while we watch the wells and water levels go lower and lower.

This means we will get a decent reprieve from customary wicked winter storms. Any storms that do show – our main chance of seeing a bit of white stuff -- will zip by very quickly, i.e. one-day wind affairs. On a couple storm occasions, we will be so close to the snow/rain systems that even Philly will get whacked … but not us.

Below, you'll see what is likely the closest thing to a "normal" LBI year, based on average temps. Take a second to note that even in the coldest month of January offers lows only dropping to 24. Yes, that can mean a couple days average in the lows in the teens while other only drop to near 30 -- to average things out. But, in a purely normal year, when averages behave themselves, we aren't an overly cold part of the world by any stretch.

If climate change is now entering into it on a yearly basis, it could mean even milder winters.

That said, one of the coldest winters in recent recorded memories (2014) saw a stubborn polar vortex setup , which was somehow also attributed, by some, to a whacked out atmosphere. That same year, insane heat in parts of the world, got a blamed on climate change. I have no doubt that a spot-on "normal" winter would obviously an allegedly be rooted in climate change. It's all kinda weird.

The captains of the Beach Haven Charter Fishing Association are excited. The run of poor weather has finally abated, and the air temperatures have now dropped to fall-like levels. As a result, the striped bass run has begun to complement the re-opening of the black sea bass season and the continued action on tuna in the canyons.

Both the inshore wrecks and reefs along with those further out in the ocean are loaded with black sea bass. These fish have not been in season for a few months, and they are ready to be caught. Boats hitting ocean structure are finding big humpback sea bass along with some nice sized porgies.

Now that ocean conditions have finally turned favorable, boats have been making their way to the canyons and returning with some decent yellowfin tuna and good numbers of mahi-mahi. Captain Lindsay Fuller of the “June Bug” has plans to make a run out this weekend to see what he can entice to his trolling spread.

There have been good reports of striped bass in the ocean in the northern portions of New Jersey, and these fish are beginning to show their noses off Beach Haven. The first catches of fish have been big ones with a good number over 40-pounds hitting trolled lures. Right now the best action has been on trolled bunker spoons along with Mojo’s. If a captain happens to find birds working over a school of bunker, he stands a good chance of picking some bass up via snag and drop.

Additional information on the Beach Haven Charter Fishing Association can be found atwww.BHCFA.net

January/ February 1977 .  Try living through one of those.