Thursday, October 22, 2015: The ocean has cleaned up to the point of fishing excellence.

Below: You've heard that white men can't jump. Well, it seems that concept might carry into other realms. 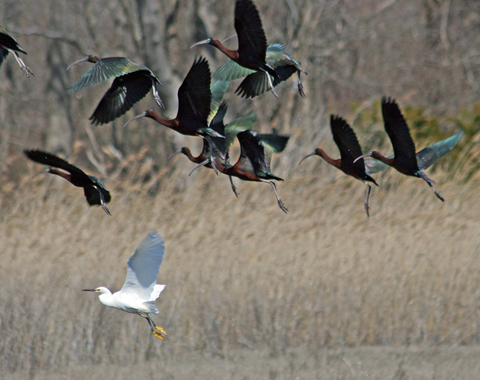 Thursday, October 22, 2015: The ocean has cleaned up to the point of fishing excellence. It’s clean but not too clear. Water is in the low 60s, mid-Island surf.

Not that many folks were out there when I did my morning drive-about. In fact, in a couple mile stretch I saw exactly one angler – and he was hidden amidst this weird multi-umbrella system protecting him from a brisk but quite mild southwest wind.

The winds will be all over the board from now till Monday but loads of fishing-friendly conditions will prevail. I’m thinkin’ this might be the first bass-active weekend – as in, a nice showing of striper weigh-ins for the Classic. See http://lbift.com for the latest weigh-in.

Hey, we broke the 500 entrant mark … but need a load more of surfcasters. I know many of you are waiting for things to break open, hooking-wise. Why not sign up and actually be the one to get things snappin’. 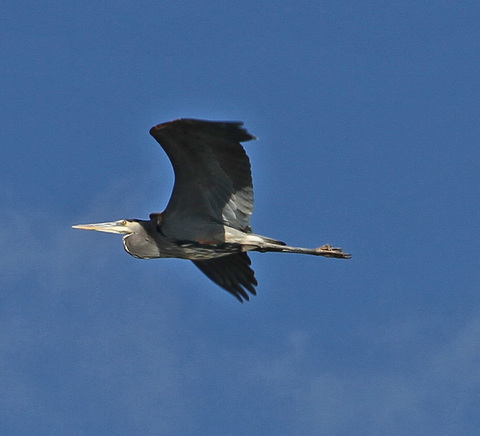 I got up at 3 am sharp to go out plugging. I should clarify that by saying I stood up at 3 a.m. sharp, went into a it’s-way-too-early swoon and laid back down for a little naparooski. I reawakened with my resident gulls squawking that breakfast was late. Sure enough, it was already pushing 7 a.m. Night fishing apparently and officially ends with sunrise. Tonight’s the night, though. No bass is safe.

Walt. P report: “I joined about 10 boats working a bunker pod a mile or so up IBSP. Very little surface splashes, they were all deep.

Nothing to show in the way of bass but a good showing of porpoise in the area. Took some bunker back to the north jetty and worked the inside and also a few drifts next to the south jetty with no takes from bass or blues.

Late in the afternoon I tried drifting some spot in the back bay behind Ship Bottom with no takers. Ocean was 60, back bay 56.”

Although a real strong striped bass bite has not yet materialized off Beach Haven, the captains of the Beach Haven Charter Fishing Association are being kept busy with other targets as they await the linesiders.

There is a constant stream of baitfish passing by Long Beach Island making their way south. Right on their heels, and often in the midst, is an array of smallish fish feeding on these baitfish. The easiest way to locate these feeding fish is to look for the bird play.

Captain Carl Sheppard of the “Starfish” reports he fished recently with Nicholas Perello, one of the Association’s junior mates, and his dad. Just off the Beach Haven water tower they ran into a school of fish under working birds. They caught unlimited spike weakfish and snapper bluefish casting into the boil. If they retrieved their jigs slowly they caught weakfish while using a faster retrieve produced bluefish. Also appearing at times cutting through the schools of shiners was a school of little tunny. They were up on top pushing water and making white water in their feeding frenzy. Nicholas put a diamond jig right in front of a false albacore which he hooked and played right to the boat. There was also a large bluefin tuna feeding in the bait but showed no interest in their lines.

Thursday, October 22, marked the re-opening of the black sea bass season. Since the season has been closed for several months, the first few weeks should produce some excellent results around inshore wrecks and artificial reefs.

Several of the captains of the BHCFA have received a supply of slot fish tags from the state for their customers to use. They should help in bringing some striper fillets home for dinner. Captain Carl notes he can’t wait for the bass to arrive so he can start to use his tags up.

WINTER SKY GUESSES: I noticed more and more forecasts are going with the wet and mild winter … which I had seen – along with many others. I always catch heat (pun intended) by skiers and snowboarders for suggesting a low-snow winter. This winter could work for those who want mild winters and those who want white. We are right on the cuff when it comes to the wetness being whiteness. It could be kinda normalish for ski resorts, especially up in New England, which looks to be on the raw side of the long-range forecast. Poconos might have a harder time keeping the slopes fresh.

As to we of a shore ilk, there is a 50 percent chance we could see very mild, as opposed to just mild until well into January. The chances of a coastal White Christmas are a snowball’s chance in …

Then there’s the storminess, which many forecasters are calling for. I’m hedging and hawing on that call. We have been in a drought pattern and that could impact the wetness – and storminess. In fact, that prolonged stretch of dry nor’easter conditions might show up in December.

I most have gotten a dozen requests” “Where can I go to see the whales!?”

Pick a beach; any beach … and odds are they’re not there. Talk about a visual crap shoot. I have the benefit of driving the entire beachline and I still can’t find unless I get flagged down and have them pointed out. Those with the best chance at getting a gander of humpbacks are surfcasters pinned to a spot for hours on end and oceanfront homeowners. In fact, I have feelers out with some ocean-fronters to keep me in the loop when they see whales. Hell, my raw video are already shaky enough, imagine me trying to focus in on pop-up humpbacks. By the by, I could greatly improve the overall look of my videos but who has time for that editing?

IT’S CHRISTMAS PARADE PREP TIME: The theme for this year’s Ship Bottom parade is fishing. It’ll be good fun. Contact the borough of Ship Bottom if you’re interested in participating with friends and/or family. There’s no need to go overboard decorating a float or a personal vehicle. It’s meant to be fun -- and grassroots. Plus, the fishing theme lends itself to dressing up a boat and pulling it along. Yesterday's nightmare fish, plugging out just over 200 its largest on spinning gear for us this season, largest landed on spin I should say, I've had my ass handed to me a few times by larger ones, Fish were fast and finicky yesterday we were fortunate to line up a feed just right and have this guy crush a topwater plug. Because of the way the fish got hooked it it was very difficult to control its head, making it as much a curse in many differnt ways as it was a blessing. Li
...

Proto giant flat glide, took some nice fish on it too. Battling a BIG tuna, such high hopes with the "Tails UP" wave after 2+ hours of fighting. Battle didn't end until 6hrs with the fish swimming free. Viewed from
Pythias Sportfishing

By comparing the movements of tagged fish with ocean heat content maps, researchers at the University of Miami were able to uncover unique patterns in migratory fish behavior.

Their analysis proves that large migratory fishes, like yellowfin and bluefin tunas, blue and white marlin, and sailfish, are drawn to ocean fronts and eddies.

Two analytical breakthroughs made the revelation possible. First, researchers realized satellite mapping of ocean heat content, or OHC, a measurement of heat stored in the ocean's upper layers commonly used for hurricane forecasting, could also be used to pinpoint the position of fronts and eddies.

Second, researchers were able to improve the algorithm that analyzes satellite tags from migratory fish. Together, these advances allowed researchers to compare OHC mapping and fish movements.

"Using the OHC approach in a new way offers an unprecedented view of how these animals move with currents and eddies in the ocean," Nick Shay, a professor of ocean sciences at Miami's Rosenstiel School of Marine and Atmospheric Science, said in a press release. "Our study provides a more detailed picture of the ocean ecosystem as an entity."

Eddies are circling masses of water that spin off of current fronts. The swirling water pulls nutrients to the surface, making them an ideal place for hungry fish to hang out. Fronts are currents that follow the boundary line between two large water masses, distinguished by a difference in temperatures or salinity.

In the Gulf of Mexico, warm water eddies regularly spin off of fronts formed by masses of Mississippi River water. In the summer and fall, these eddies can energize and intensify a hurricane or tropical storm.

The new research was detailed in a paper published this week in the journal PLOS ONE.

IMPORTANT SCAM ALERT: This phone scam is so egregious – and taking place as we speak -- I want to get it in here quickly … then into the paper.

I was contacted by a very upset LBI gal -- who, by the way, is disabled -- who is being threatened, day and night, with imminent legal action by the IRS – or so the phone calls allege.

The threatening phone messages comes via multiple phone calls -- at any hour. The abovementioned gal has difficulty getting to the phone … eight time is one day with this scam.

Once on the phone, a prerecorded female voice sternly orders the listener to either dial the following phone number(s) or suffer the legal consequences, i.e. the wrath of the IRS.

While most folks will see through this nonsensical scam, all these phone criminals need is just a few unsuspecting senior citizens, or even immigrants, to respond – and send money to essentially buy-off the IRS.

Making matters worse, it seems this phone scam is directed toward post-Sandy sufferers, who have, in fact, had some complex IRS dealings in recent years.

However, talking with the IRS, they emphasize they DO NOT use phone communications! They use paperwork only. What’s more, they DO NOT threaten lawsuits! That said, there is very little they’ve been able to do to end these scams since many are sourced overseas, often Africa.

Yes, the LBI police are involved but they are going nuts with this scam, knowing the international barriers to busting the scum perpetrating it.