Thursday, October 20, 2016: This sure isn’t yesterday, when high temperature records fell like rain ...

(Heading out to fish ... possibly more in here later if I have some fish to talk about ... enough snickering ...  I always have Acme.)

Sadly, I used to faithfully shop here during my Hawaii days ... 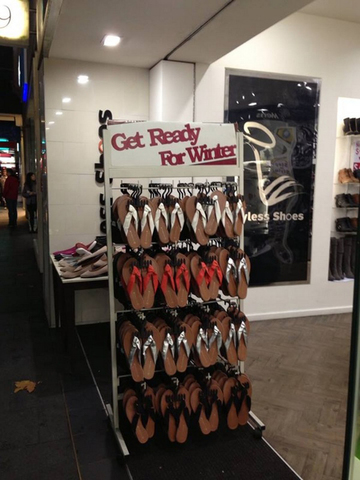 For some kids, it might be best that summer passes so quickly. ... 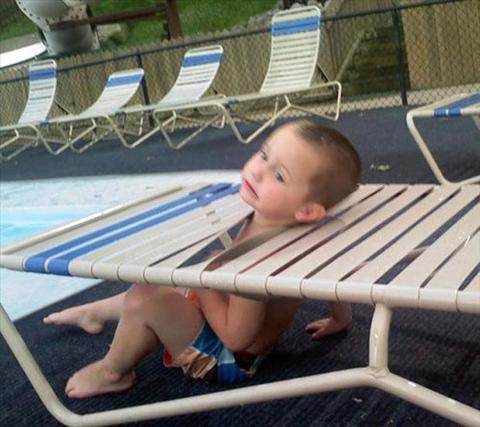 Of course, there are fall vacations that can prove short-lived for some adults ... 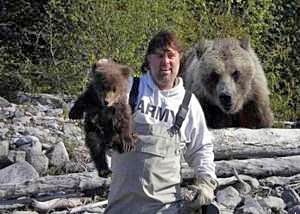 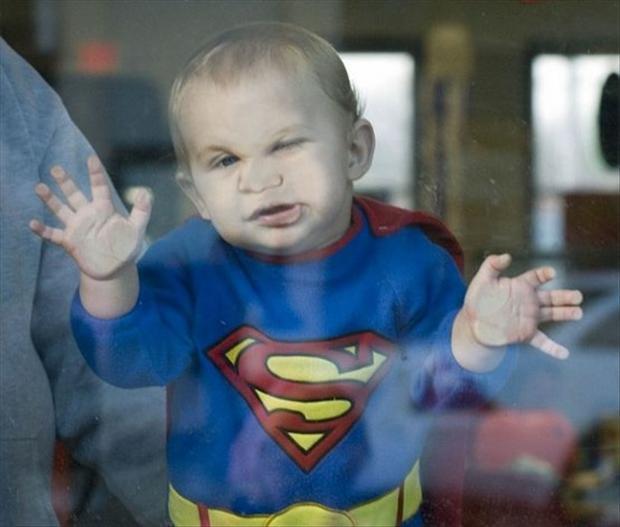 Thursday, October 20, 2016: This sure isn’t yesterday, when high temperature records fell like rain – mid to upper 80s in the Pines. I’m still stuck on the mild ocean waters. I took a 67 reading I took on the way to work.

Despite my likely needing a long (mental) vacation, I manage to take my seemingly endless job in stride -- greatly helped along by getting to drive to and from work on the beach. And, yes, I take the long route -- namely, driving along at about 5 mph.

There are some years I don’t fully air up for the whole winter.

To allow my 8-cyclinder GMC truck to do road/beach double duty, I rarely air down to much below 28 psi … unless the beaches are being sinky bitches. I fully realize that, in the long haul, partially-deflated tires kills treads and sucks on gas mileage. Hey, I’ll gladly pay the piper just to be able to readily zip onto the beach -- or instantly navigate Pine Barrens roads with sugar sand that can challenge LBI sands for sinkiness. 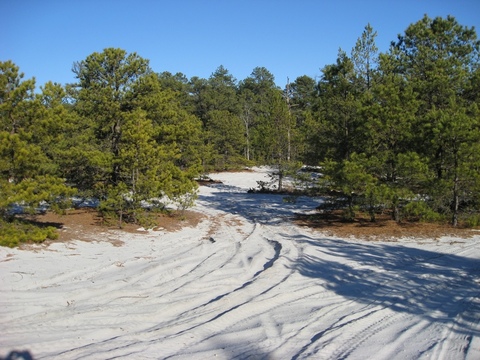 It does help that I’ve learned many tricks to pull myself out of the pits should I bog down, which isn’t likely since I’ve been well schooled on stopping in my tracks at the merest hint of foiled forward progress. My truck also carries sundry shovels, other assorted digging tools, tow straps, battery- and lighter-powered tire inflators and one of the true worst-case-scenario day-savers: a heavy-duty come-along tool.

Below: A better battery-powered/portable tire inflator. 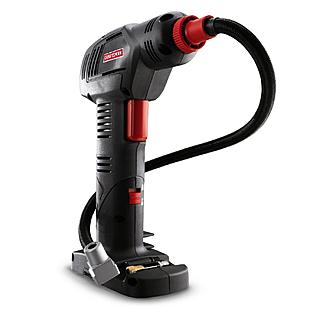 Come-Along’s, also known as power pullers, cable pullers and have a variety of spelling nomenclature of “Come Along”.   Regardless of what you call them, they are designed to pull objects using a winch and ratchet system.  They come in all different shapes and sizes, from light to medium duty to heavy duty come along.  They are mostly used for moving heavy object that normally cannot be moved by one person or moved safely.

I’m perpetually stunned at how many knowledgeable off-road folks aren’t even remotely equipped for when things go deeply south – and they always do, eventually. Of five recent dig-outs, I had the only full-sized shovels.

Speaking of the beaches, the overwash just keeps coming. I harp on it because it has been a real hassle for many surfcasters. At some point last night, wave action pushed suds almost all the way across a couple Ship Bottom beaches, which are likely the widest beaches on the Island.

Today’s onshore winds will reinforce the washovers to some degree. We are getting into a waning moon phase. That might lower the tides. Then, this weekend, the tides should finally get blown back to where they belong – and then some.

Regarding that frontal passage, the nighttime low temps following it might not get down that far. The entire system is losing some of its chill crossing the country, meaning we might even get down to freezing.

Alliance for a Living Ocean

Emptying out our monofilament recycling bin at
Surf City Bait and Tackle today. As the fall fishing season picks up please use these bins which are throughout the island. There is a map on our website of all locations,
http://bit.ly/1NJXIl0 . We'll be collecting the mono and sending it back to
Berkley Fishing for recycling. Less chance of entanglements and less plastics on our beaches and in our waters. 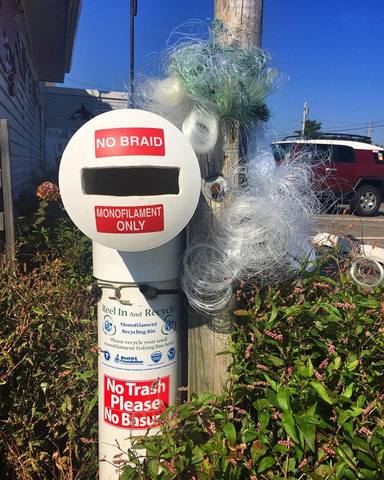 Hmmm,think I have to go and test these out. 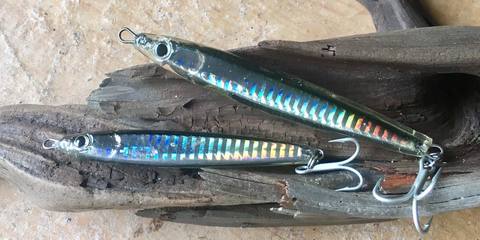 Regarding a proposed new natural gas pipeline to keep Long Beach Island cooking in the event of another disaster on the scale of 2012’s Superstorm Sandy, a scoping hearing was held in Eagleswood Township last week wherein Project Manager David Tanzi of engineering and environmental consulting firm CDM Smith, for New Jersey Natural Gas, presented the proposed Long Beach Island Reinforcement Project. The plan would run 2.72 miles of 12-inch steel pipe as a secondary feed under Little Egg Harbor, by way of directional boring or horizontal directional drilling, from the end of Dock Road in West Creek to West 99th Street (a.k.a. Alabama Avenue) in Beach Haven Park.

HDD is a steerable, trenchless method of installing underground pipe, conduit or cable in a shallow arc along a prescribed bore path by using a surface-launched drilling rig and said to have minimal impact on the surrounding area.

The project application, to be filed by Eagleswood Township on behalf of NJNG through the New Jersey Department of Environmental Protection’s Green Acres Program, is for a proposed major diversion of township-owned parkland known as “the pavilion” at the end of Dock Road. The major diversion would end up disturbing .02 acres (of the total 29,000-square-foot area) for a permanent subsurface NJNG easement. A public hearing is required because the proposed project involves encumbered land, i.e. the paved parking and boat launch area.

During the public comment portion of the hearing, Eagleswood Mayor Michael Pasternak said he hoped special care would be taken not to undermine the new bulkheading at the street end.

On the upside, the gas company would pay Eagleswood for the access to the land; though too premature for to know now, the amount of the compensation would be determined by an appraisal.

Dock Road residents Jeff and Joan Holcomb along with their neighbor across town, Susanne Ricciardi, did not comment publicly but outside, afterward, shared their concerns about the imposition of it all – they imagine the construction equipment will occupy the area at the boat ramp for a long time, and the Holcombs worry that if something were to go wrong with the gas line and disable access to the road, they might be trapped.

Ricciardi, meanwhile, is a member of the town’s Environmental Commission and an avid dog walker who enjoys the daily trip to the end of scenic Dock Road and back, so her stake in the disturbance of the area is both environmental and recreational.

Instead of getting any benefit from the project, “we’re just getting the aggravation,” she said, citing the eyesore and inconvenience factors. Jeff Holcomb noted progress always comes at a cost.

Cedar Run Dock Road would have been the other possible location to connect the mainland to the Island, Tanzi explained. But the West Creek one was determined to be the more feasible of the two because it’s already near a gas main and, as a paved parking lot, no existing vegetation or wetlands would be harmed.

The LBI Reinforcement Project is one of six capital projects in NJNG’s New Jersey Reinvestment in System Enhancements program, approved by the New Jersey Board of Public Utilities in July 2014. (The previous year, the BPU had sought proposals to support and protect utility infrastructure.) Another involves the installation of a supplemental regulator station in Ship Bottom.

Through the five-year, $102.5 million NJ RISE initiative, NJNG aims “to enhance the resiliency of its natural gas distribution and transmission systems and help mitigate the impact of major weather events in the future.”

In the aftermath of Sandy, NJNG cut service from Bay Head to Seaside Park and to Long Beach Island in Ocean County, as well as isolated areas of coastal Monmouth County, then re-pressurized or replaced 270 miles of main, installed 1 mile of 12-inch main, addressed 3,600 anomalies, rebuilt or replaced 51,000 meters, completed 121,000 service assessments and restored service within eight weeks of the storm.

NJ RISE is designed to help mitigate the impacts to NJNG’s system and customers from future extreme weather events. These upgrades would help minimize the number and duration of outages, improve NJNG’s ability to respond to and control service disruptions and enhance the safety and reliability of its system. 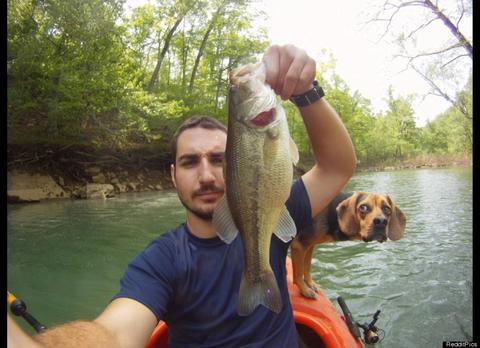 No sooner do cops ask him his name than they commence to whoopin' on him for bein' a wise-ass ... Quote: "It does help that I’ve learned many tricks to pull myself out of the pits should I bog down."