Thursday, October 18, 2012: Went to Holgate today to see if the vortex was still vortexing. Nope. Just a big scar where it had whirled and swirled yesterday. There was still a well-marked swirl – about 75 yards across -- but it was tame, only doing a bit of eroding. Here’s an email I got from a fellow was in a boat. near the swirl.

“Hi Jay, I was fishing right in that hole yesterday by boat at sundown yesterday. Wish I brought my camera but it was getting bigger and bigger as the rip was undercutting it. Sitting in the middle it was about 20ft deep. As the tide switched to incoming the backside started to fall away and is not a crescent shape anymore. There is also a little cut further back around the bay side, looks like a dry riverbed that fed into a little pool. I imagine that will link up with that hole and the whole thing will erode away.-John” 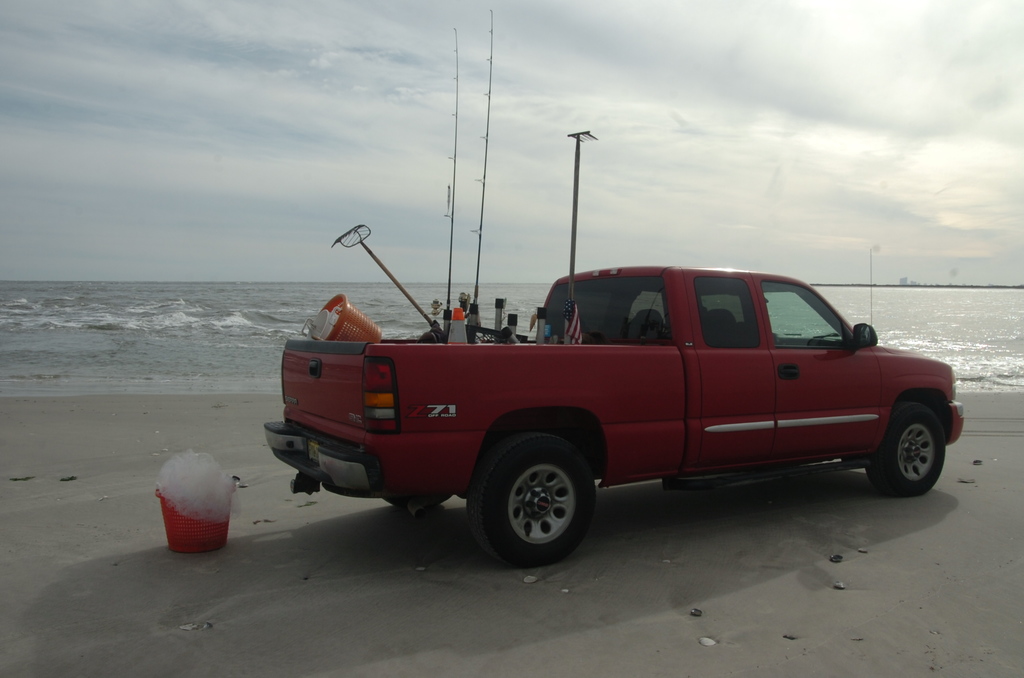 Typically, today I had a borrowed Go Pro and there was nothing to record vortex-wise. Had I recorded that monster yesterday it would have gone viral. Fame is fleeting –and hard to nail with a still camera.

Now onto the pissy news: fishing fully sucks. If you’re catching anything it’s a fluke, literally. The only thing I’ve gotten plugging for the past two days was a hefty flattie on a jointed chrome swimming plug, metallic blue color. I've also been asking every whichaway and virtually everyone is fishless -- and getting a bit irked, as we are fully into fall fishing season.

Here’s a boat report, north end: “Got out this AM and tried some green crab on the north jetty. I was a little late getting there and only managed some taps before the tide was cranking. Went back in and picked up 5 spot. I tried Double Creek/High bar area and came up with nothing. Went out to the north jetty and ended up feeding my spot to some hungry bluefish. At least it was a nice day and a beautiful sun up. WP”

We are also still feeling the swells from the distant hurricane. Mixing in are some moderate south winds, chopping the surf yet producing no bass. Even smaller blues are tough to find.

Here’s another in the 101 video series, meant to show folks what the Holgate Rip looks like. http://www.youtube.com/watch?v=19ZseprA1rI . The number of young striped bass in the Chesapeake Bay fell to a record low this year, a drastic decline from a near-record high the year before, state officials reported Tuesday.

State biologists checking Maryland's part of the bay found the fewest newly spawned striped bass that they've tallied in any year since annual surveys for the fish began 59 years ago, the Department of Natural Resources reported.

Maryland's state fish, also known as rockfish, is closely monitored because it supports a multimillion-dollar recreational and commercial fishing industry that employs thousands. The species is widely regarded as one of the bright spots in the 30-year effort to restore the Chesapeake Bay; its population rebounded from near-collapse in the 1980s after a five-year fishing moratorium.

Though state officials said the decline probably was the result of unfavorable weather during spawning season, some recreational fishing advocates urged vigilance.

"We expected the numbers to be low, but by no means did we expect them to be this low," said Tony Friedrich, executive director of the Coastal Conservation Association of Maryland. "It does concern us."

The upper bay is the spawning ground and nursery for three-fourths of the striped bass that migrate along the East Coast.

In the Maryland survey, the number of little striped bass counted in each haul during a three-month sampling of traditional spawning areas was more than 90 percent below the long-term average.

Virginia scientists reported similarly poor reproduction in their survey of the southern portion of the bay.

DNR officials said there appeared to be plenty of adult striped bass returning to the bay's rivers to spawn this year, but that unusually warm, dry weather last winter and spring spelled doom for their offspring.

Eric Durell, leader of the department's striped bass survey, said newly hatched larvae are particularly sensitive to environmental conditions such as the flow, clarity and temperature of the water. In past years when ample rain fell around spawning season, the number of juvenile fish found was higher, he noted, but this year saw near-record low flows in bay tributaries.

"We think that this year we just did not have the flow necessary for larval survival," Durell said.

Similar fish such as white perch, river herring and yellow perch also had poor reproduction this year, bolstering scientists' belief that weather was to blame for the striped bass decline. Like striped bass, those species return to spawn in rivers after spending much of their lives in the Atlantic Ocean.

State officials said reproduction varies from year to year, so even this extremely poor showing was no cause to clamp down on fishing.

Strong winds have been plaguing the Beach Haven fishing fleet for the past week, but when the boats have managed to get out, they have caught fish.

Captain John Koegler managed to take the “Pop’s Pride” out last weekend for a good fishing trip on some inshore wrecks. Fishing with only three anglers, they managed 20 keeper black sea bass in addition to another 80 throwbacks. They also caught some beautiful triggerfish topped by a 6-pound triggerfish which is very large for this area. Captain John said that the wrecks have not been fished hard recently because of all the wind, and that is making for some drop and reel fishing.

Captain John said that he used the north cut of the inlet just off the tip of Holgate like he usually does, and had to slow down when he noticed shallow water where he usually travels through. He advises all boaters to use care when using this means to get from the bay out into the ocean.

The head boat “Miss Beach Haven” with Captains Brant Whittaker and Frank Camarda ran two tuna trips recently. In the first one, rough seas made fishing difficult for all hands on board. They managed to anchor up with a decent slick and promptly picked up three nice yellowfins. Then one of the anglers hooked on to a very large swordfish. After two hours of fighting the fish, the line broke before they were able to get a gaff into the fish. Unfortunately that action ended the tuna bite for the day.

On another trip last Saturday the seas were much calmer and after a fruitless bit of trolling, they anchored with their slick. The action was slow but they did manage to put four yellowfins in the box, lost a few more, and picked up a few mahi-mahi. Then just as they were ready to pull the anchor for the day, they had tuna around them. They put four in the box and lost a really big one. The tuna were in the 80-pound class. Mate Sal Rosa says they have some special 10-hour trips coming up in the near future.