Thursday, November 20, 2014: It just doesn’t look any good out there. Hey, I gotta tell it like it is, as I now chronically do in this blog. The ocean clarity had improved yesterday evening and I had high hopes for cleanness today. The south tilt to the west wind screwed up that hopefulness. The water color is again brownish with a solid south chop to it – and it looks as if it’s settled in, as we approach the weekend.

I’m not the only one who hates today’s look. I drove the beach for a goodly distance before work today and saw one lone angler – and he was facing northwest and chatting on the cellphone, oblivious to his rods. That told me he had given up the ghost of hope that one of the rods would be doing anything soon.

I will again note that even ocean brownness won’t deter a hot bite. However, a bite that sucks to begin with only sinks deeper down when the few fish out-and-about can’t see squat – and aren’t overly interested in following scent alone. They nose down and uncover crabs.

Nonetheless, I’ll be out there jigging near the Holgate Rip and the back cut, where the water should be a bit cleaner. Barnegat Inlet should also have clearer waters.

By the by, I took a 39-degree water temp at the Beach Haven Inlet/Cut during outgoing yesterday. Shows how quickly the over-shallow Little Egg Harbor reacts to freezing cold nights and west winds. Those westerlies literally upwell what little milder water is toward the bottom of the bay. The winds also turn  under the air-cooled upper waters.

So, how cold will stripers stay active? One of my fave ice-fishing stories recalls the time I got into winter striped bass at Collin’s Cove. Not only did I jig schoolies, one after the other, but they swacked the hell out of my ice jigs and fought like crazy, nothing similar to the very understated fight of the white perch in those same waters. There were even keeper-sized bass that occasion, though it was illegal to keep bass west of the Parkway, though I’d see better bass walk off the ice, so to speak. I actually don’t know if that “can’t keep winter stripers west of the Parkway” regulation is still in effect. 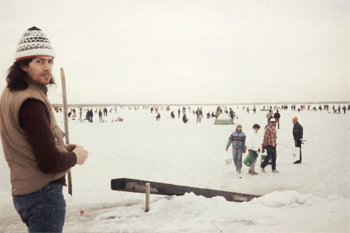 I’m seeing and receiving tons of communiques about booms and rumbles being heard of late. I responded: West winds are famous for booms and rumbles, carrying sounds including take-offs at AC International Airport -- a joint civil-military airport -- and activities the Joint Base at Dix/McGuire. When I pursue reports of booms from a media angle, those two sites are 99.9 percent of the sources. 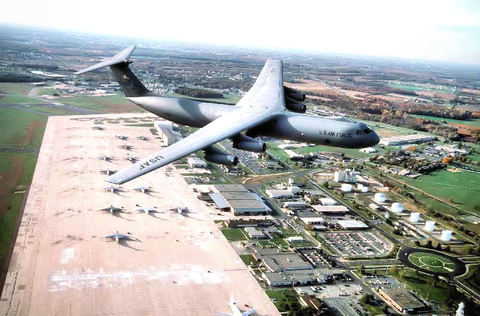 Anyone recognize these two?? Ancient mariner. 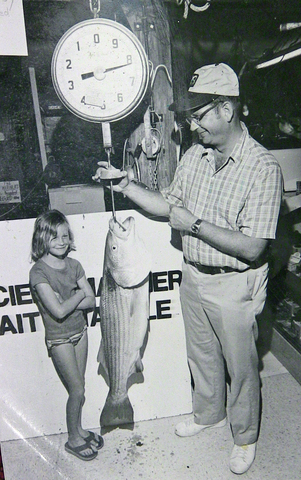 Even back in the day they had problems with ID'ing sharks. 1951 brown.

The chilly weather has pushed a front of striped bass down to the Long Beach Island area, and the captains of the Beach Haven Charter Fishing Association have been on hand to take advantage of it.

There are many large schools of bunker around, and these are the first places to look for the bass. Casting snag hooks into the schools results in fresh live bait to use for the bass. If this method does not produce action, then the captains will rig up some bunker spoons and cover a larger area looking for the bass. There are reports of some bass feeding on sand eels just to the north, and these should be providing some intense jigging action.

Captain Gary Dugan of “Irish Jig Sportfishing” had a three man charter recently and everyone caught fish. The largest fish was caught by Jerry which weighed in at 30-pounds and measured a fine 42-inches. Captain Gary found snagging and dropping to be the key method.

Captain Fran Verdi on the “Francesca Marie” reports his fishing has been “on fire” the past two weeks. One charter limited out over the weekend in addition to using a bonus tag. All of the fish were caught on live bait. Another day on the weekend he reports fishing hard for two bass and two bluefish. Since it was a weekend day, he was forced to share the waters with “hundreds of boats.”

This striped bass action should continue well into December.

Additional information on the captains and boats of the Beach Haven Charter Fishing Association can be found at www.BHCFA.org

Here's a little incentive to brave the cold November weather.
Tommy Rinaldi with his record setting 64.12lb striped bass caught November 18,1990.... yes, twenty-four years ago almost to the day. You ask, what did he catch it on? .... SS 1-1/2oz. all yellow needlefish. Happy Thursday!

Ahh,the c-c-cold days of fishing Collins Cove through the ice in 1973*My late uncle,his late uncle along with my cousin and I caught so many white perch that we had them in a burlap sack to pull them off the ice on a sled*Some of them were really big too,a pound or so*First before fishing we would go to Oyster Creek and break the ice around the bulkheads of the dock there and use a long handled fine mesh dip net and scoop up grass shrimp for bait*Then we would put them in a bucket with sawdust as when using them for bait out on the ice ,you didn't want to get your hands wet baiting your hook or you wouldn't be fishing very long in the cold*Many great memories of days long ago*Of course after we returned to my uncles' house we had to scale and clean all of them,but they were delicious pan fried*