Below: When you suddenly realize why she's been five straight years on Match.com.

Below: What kind of crossing-sign warning do you put up for this????

Thursday, May 26, 2016: Weather-wise it should be decent out there with a possibility of a few stints of drippage tomorrow. We’re slowly getting into the time of year when frontal storms tend to peter out instead of intensifying. I still wouldn’t dally if T-storms shoulder up over the mainland.

I see where winds to 20 mph are being forecast. I don’t see them getting that strong at all, especially not morning times. The winds will be south – shifting SW to SE and back. Those winds work perfectly for the gangs sure to be fishing the New South Jetty.

I want to note a few reports I’ve had of fishing folks actually acting very well-behaved on the packed rocks; even helping any other anglers having a hard time getting fish on the rocks. I like hearing that. I had written mainly about some grumblings from folks questioning the number of fish being kept, not so much line-crossed quarrels. Of course, this weekend might really test the system, crowd-wise.

As for the blues, it’s the same old/same old. I keep waiting for the they’re-gone gun but no sooner is there a slow-down in the uptake of choppers than it starts all over again. The latest rush was decidedly beachfront-orientated on LBI. The jetty hooking had quieted down to a dull roar. Then, I got a bunch of reports of big blues all the way down in the Little Egg Inlet area. It’s likely they’ll eventually move up to Barnegat Inlet.

It sure seems these bands of bluefish are circling to some degree, instead of bee-lining north – though there is no lack of bluefish up Long Island and Rhode Island ways.

The bassing is holding at a steady pick. That’s not to say everyone who chucks chunks are into keeper fish but when all the angling, as a whole, is factored in, well, it’s a steady pick. While the arriving weekend winds aren’t going to be atrocious, they could make nearshore snag ‘n’ drop bassing kinda tricky.

I got the first couple reports of fun fluking just inside the bay, net inlets. Can the likes of BB/BI/42 or the Middle Grounds be far behind? Per a report below, outgoing worked best, as warm bay waters exited. For fun, attach a dropper loop on the line/leader above your regular fluke rig. Put on a small jighead (or a larger shad dart). I once got my only three keeper fluke on those small teasers, as the baits were being dominated by small stuff. 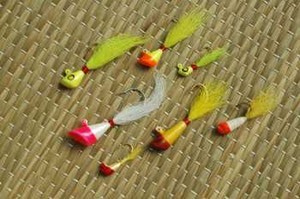 TBT: Here's a back-then shot of Jim Hutchinson Sr. and I on some tuna ... They say the rush to the Jersey Shore is gonna get started a little earlier this weekend with arrivals beginning on Thursday night. Could be a busy few days out there this holiday weekend, especially with so many fishing opportunities to be had! God Bless the USA, our troops and my friends and family (now, go fish!) Three-day weekend? Four? Could be a busy one there for the unofficial summer kickoff, but there’s plenty of…

The Beach Haven Charter Fishing Association will be conducting its annual Junior Mates Program once again this summer, and interested youngsters are invited to participate.
The Junior Mates Program is administered in memory of the late Captain John Koegler who was an outstanding charter boat captain and one of the founding fathers of the BHCFA. The organizational Meeting for this year’s program will be held at 7 p.m., Thursday, June 23, 2016, at the New Jersey Maritime Museum on Dock Road in Beach Haven.

(Below: Long time buddy of mine; the late-great John Koelger.) 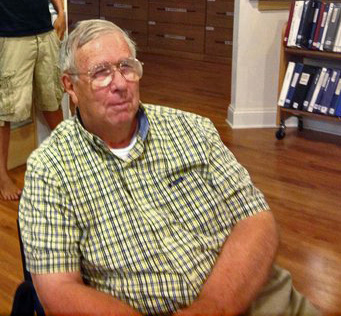 The Junior Mates Program meets every Thursday evening from late June into August. Interested applicants should reach their 13th birthday by August 1. The classes present a variety of fishing topics taught by the Association’s captains in addition to other professionals in the field.
Most of the classes consist of hands-on activities such as rigging, knots, boat maintenance, and fish cleaning. Included in the curriculum are first aid instruction, boater safety certification, and a trip to the Banregat Light Coast Guard Station. In addition to learning how to become better anglers, those successfully taking the course become eligible to obtain a paid mate’s position.
The course will culminate with the second annual Captain John Koegler Junior Mate Fishing Tournament. An award ceremony and pizza party will held at the Beach Haven Marlin and Tuna Club late in the summer.
Information about the Junior Mates Program can be obtained at www.BHCFA.net or by calling either Captain John Lewis at 609-670-5980 or Captain Jimmy Zavacky at 609-915-2498.

Registration Night will be held at the New Jersey Maritime Museum,

Parking is available on the east side (back) of the Museum or on the street where marked.

Be sure to attend this meeting since boat assignments will be made.

Learn to be a better fisherman! Learn hands-on techniques! Taught by the leading charter boat professionals.

THIS SCHEDULE AND CURRICULUM ARE TENTATIVE.
WATCH THE JUNIOR MATE WEB PAGE ON WWW.BHCFA.Net FOR UPDATES & CHANGES!

In past years, Fisherman’s Headquarters organized a side bet for those fishing in Simply Bassing; however, “for 2016 Fisherman’s Headquarters is switching things up with an eye towards the future,” said the shop’s Greg Cudnik. “While the striped bass stocks are healthy, now’s the time to promote catch and release competition. This ‘new age’ style of catch and release tournament fishing has become very popular. It offers a competitive way to enjoy the passion we all love and it brings new awareness to the sport.

“The term CPR is getting more and more popular with anglers across the Striper Coast, and we want to make it more popular locally.”

According to Cudnik, the event is based off of Van Staal Reel’s original catch and release tournament, begun more than a decade ago.

Fishermen who sign up for the Simply Bassing Tournament – a $20 fee – can take part in the CPR at no additional cost.

“The CPR is a photo-based contest,” Cudnik explained. “Anglers must read the rules and prepare accordingly. Then fish, catch, take a specific set of digital photographs and release the fish to swim another day. After fishing, the angler submits two specific fish photos via email. Those submissions are compiled and reviewed. Once the dates are over the angler with the largest fish is named the winner.”

Anyone who logs a qualifying fish is also entered into a raffle for a chance to win top-quality fishing gear. 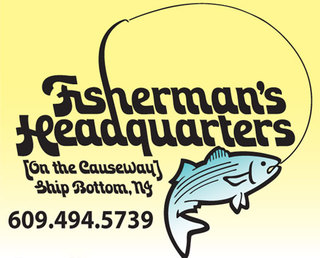 I would like to congratulate my good friend
Joe Paiva on his 3T write up in On The Water Magazine. Congrats on consistently breaking molds and doing it! And also thank you for all you have done for me!

On The Water Magazine - The Anglers Guide

Written by fishermen for fishermen, On the Water is a large-format, full-color monthly magazine that covers fishing and boating in the Northeast like nothing else. In addition to its coverage of New England for over…

Brandon & his buddy scored with blues & a Bass today from the LBI surf on bunker. 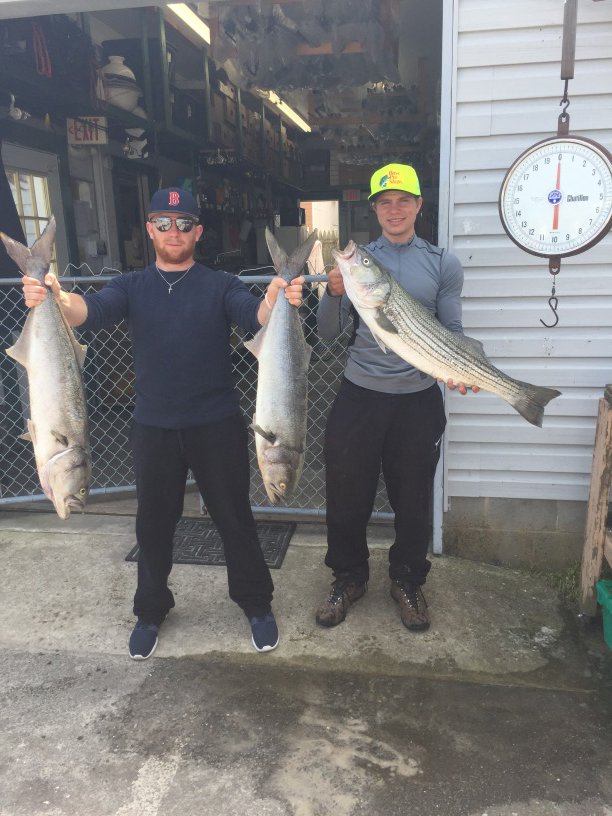 It was a night for firsts. Emma Southwick caught her 1st fish while out in the boat fishing with her family. Love this picture it looks like she is saying this is MY Fish. I am sure her brother coached her. I had the opportunity to fish with a friend and co-worker, Tom Duralek, Wednesday afternoon for some backbay fluke. We scouted a few different areas with a better tide cycle, and had better results as the fish were biting in the warmer water (outgoing). We ended the trip with quite a few shorts and 4 keepers ranging from 18 inches to 20.5 inches. S&S Bucktails tipped with fresh bait were the ticket to the keepers.

(This preservation effort impacts us, as any basser knows.) 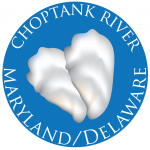 The Choptank River complex is located on Maryland’s Eastern Shore and includes the Choptank River and its major tributaries. This treasured part of the Chesapeake Bay ecosystem represents critical habitat for spawning striped bass and river herring, as well as historically abundant oyster reefs. Residents of the watershed—including many families who have lived there for multiple generations—have traditionally been employed in agriculture or commercial fishing. Recreational fishing, hunting, and boating attract millions of people each year and contribute significantly to the region’s economy.

NOAA’s interest in the Choptank is driven by a significant public and private investment in native oyster restoration in three of the Choptank’s major tributaries: the Little Choptank River, the Tred Avon River and Harris Creek. The population of Eastern oysters (Crassostrea virginica) in the Chesapeake Bay has declined dramatically over the past century due to overfishing, habitat loss (including poor water quality), and disease. Plus, oysters grow in reefs that provide needed habitat for a range of Bay species, filter water as they feed, and are a valued and historical fishery.

Unprecedented, large-scale efforts are necessary to recover the population and benefits. The Chesapeake Bay Watershed Agreement, signed by Chesapeake Bay Program partners in 2014, set restoring oysters in 10 Bay tributaries by 2025 as a major goal. Work in the Choptank Habitat Focus Area will accomplish restoration of three tributaries toward this goal.

Given continued population growth and land development, there is ongoing change in human settlement patterns and cultural identity of the Bay’s Eastern Shore. This change is leading to many challenges:

As such, several key habitat types in the region have decreased over time: 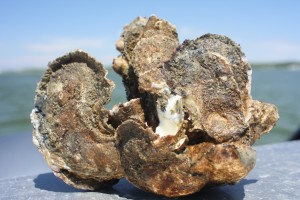 The ultimate objective is a healthy Choptank River ecosystem. To that end, NOAA and partners have identified three near-term objectives:

NOAA’s efforts leverage partnerships with other agencies, public and private organizations, research and science institutions, and local communities. NOAA works with partners including: