Thursday, March 17, 2016: First, further below you’ll see the latest on the hubbub over a bayside sanctuary.

Below: When you know you've already lost the psychological edge in a fight ... 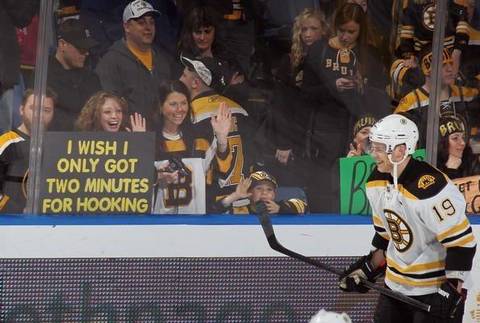 The Guinness is flowing freely for St. Patrick's Day — but then again, Americans will take just about any excuse to drink. TIME rounds up the top 10 booziest holidays

BRING ON THE BOOZE


Residents of the Czech Republic consume more beer per capita, but there's no stereotype quite like that of the hard-drinking Irishman. There are plenty of explanations for the long-standing link between St. Patty's and imbibing (among them, that St. Patrick allegedly brought distillation to the Emerald Isle), but whatever the original reason, these days, Americans of all origins seize on March 17 as an excuse to wear green, belt out some pub tunes and toss back Guinness. 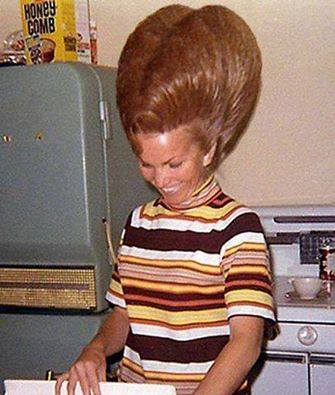 Here's one you CAN try at home ... just make sure the videocam ready ...

Thursday, March 17, 2016: First, below you’ll see the latest on the hubbub over a bayside sanctuary. Unlike me, I’m staying out of it. Many folks are far more informed and insightful on this matter. See more below. 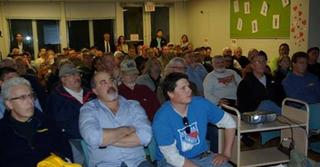 I will say that sanctuaries, as a concept, are nothing new to me, as the no-humans-allowed Holgate Wilderness Area (a sanctuary) has proven -- and will prove again in a couple weeks, when the far south end closes fully for the now-called "bird closure." I’m always wont to point out that even when the state-shared front beaches of Holgate are open, the posted area is off-limits to any human intrusions, except those the refuge see fit for maintenance or allowable research.

In Holgate, there may be an emerging legal quandary regarding the erosion/washover zone, which has created new “mean” tidal levels, the basis for legal ownership. That area will likely wash over again with this weekend's nor'easter.

That said, the upcoming replenishment will offer an amazing study in longshore drift, colloquially referred to as littoral drift -- which is pronounced the same as literal. The http://www.thefreedictionary.com dictionary offers a nice concise definition: (Longshore/littoral drift) is the process whereby beach material is gradually shifted laterally as a result of waves meeting the shore at an oblique angle.

Call it longshore or littoral drift, it will soon demonstrably strut its stuff at the point where the Holgate parameter of the replenishment ends and the on-the-loose “natural” Forsythe/NJ beach portion begins. It will be the most dynamic melding of a developed and undeveloped coastal territory on the Eastern Seaboard.

The southernmost point for the replenishment will be where the current "submerged jetty" is located. That is also where the refuge signage is placed for the summer closure.

Every coastal geologist in the nation should be academically mesmerized by this massive sand-based experiment-or-sorts.

Not that any drift will quickly fill in the deficit in Holgate. It should be noted that southerly winds dominate between June --when the Holgate replen should be completed -- and September, when we’ll again be allowed to access the far south end, after the bird closure.

The Island's true north-to-south “drift’ won’t kick in until fall. It’s then a sand flow circus, powered by nor’easters, along with predominant northwest winds, which offer a persistent north-to-south ocean flow.

Onward to the Causeway. Many folks have noticed the new streetlight stanchions just erected along the New Causeway Bridge. Those will be the prime source of lighting for the New Causeway. There will eventually be purely aesthetic “string of pearls” lighting on the span. Those traditional lights will be LEDs and NOT for lighting, only for looks.

Below: Computer-enhanced architectural renderings of what the new bridge should look like when done. 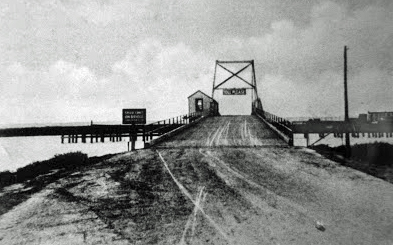 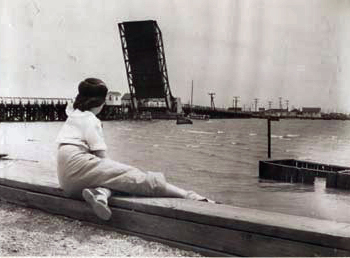 WEATHER-WISE: I'm seeing the building hubbub over an approaching storm, not so much because of its intensity but because of its coldness, as in snow-ness. I'll go broken record -- based on data -- but its all about where the snowline might waver. It has to be recognized that the ocean has warmed in nearly leaps-and-bounds. Any winds even remotely onshore will be way too warm for frozen precip on LBI or the adjacent-to-the-bay mainland. What's more, during the entire arriving storm, the air temps won't go much lower than 40. Obviously, it's the cold air aloft that can usher in the flakes but thinking in terms of multiple inches of white ... as some forecasters are calling for -- is more snow mongering than meteorology. What I can best offer -- as I warm-mongerer -- is another stint of near record high temps for next week. I'll subtly brag that I as the only easy-chair forecaster to predict those 80-degree temps of last week. There is a highly similar bubble of southern air in the making. It will come in as a warm front on Tuesday, followed by a building high-end mildness into next weekend. That last warm spell, I found myself in the Pines officially recording 86-degree air temps. Now that's upper-end mildness.

I took this when it hit 75 degrees ... before going from church and into the woods. Always a good time for a nap. Only 70 people allowed downstairs in the meeting room at Red Bank library; hundreds showed up and told to go home! Most didn't and the police were called! Eventually, I got downstairs and told the guy what I thought of his HORRIBLE idea! He has ZERO DATA and ZERO CHARISMA....dismissed locals who grew up and work everyday on these waters!! Only four people there were in favor of this NMS - WE THE PEOPLE DO NOT WANT THIS!!!! but this guy has an agenda - and this is far from over .....STAY TUNED!!

Tonight in Red Bank, a National Marine Sanctuary proponent learns he's gonna need a bigger room - and perhaps a much larger army - if his organization plans to move forward with its request to the federal government to muddle the waters.
http://www.thefisherman.com/index.cfm…

PUBLIC TURNED AWAY AT ‘SANCTUARY’ MEETING

Ironically, public discussion on a proposed National Marine Sanctuary initiative in North Jersey leaves many concerned anglers out in the street, unable to participate

Some coverage from NBC 10 about our expanding derelict gear program and its benefits to the boating and commercial fishing communities.

For more information about our projects, visit WeCrabNJ.org

Lost gear used for crabbing could create obstacles for boaters. NBC10’s Ted Greenberg has the latest on the effort to reduce these hidden hazards in the bay.