Thursday, March 03, 2016: Watching a patch of nice weather as it gets ready to bolt

Thursday, March 03, 2016: Watching a patch of nice weather as it gets ready to bolt. With off and on precip for days to come, it’ll be drab-ish … with those flakes sure to fly nearby. I hear about three inches on the mainland, though that might be stretch. I don’t think it’s a stretch to suggest this might the last hurrah for winter.

Below is a possum tale from my weekly column-about. Also, check out http://thesandpaper.villagesoup.com/p/an-opossum-grows-in-brooklyn-... I have long had this odd appreciation of opossum, heightened after once seeing one during a daytrip to Central Park.

Returning home, I couldn’t shake the thought of that possum somehow showing up in the concrete jungle. Using some media clout, I put a call into a public works higher-up, Mr. M. I then sat in disbelief as Mr. M told me a mindboggling tale of the city actually ordering up possums, like side dishes.

Back in 2007, a Brooklyn-based “community effort” was undertaken to import a slew of possums … to be delivered post-haste. Say, what?! The possum posse was meant to fight a festering rat problem. Say, what … again!? 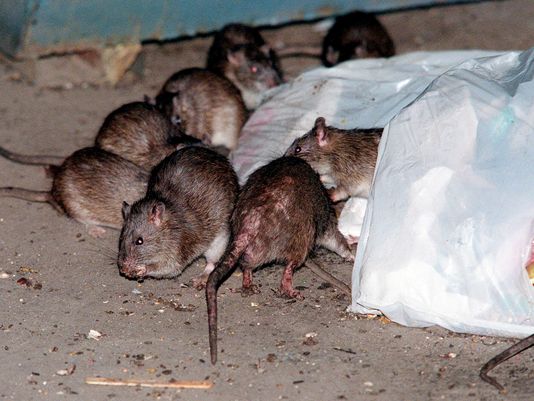 As I was being told about America’s marsupials being gang-introduced to the very core of the Big Apple, incredulous laughter flowed freely on both ends of the phone line, which made it easy for me since, as the story went on, I had gotten to the point of using my phone’s mute button to cover my sniggering.

Now, being a longtime possum aficionado, I can tell you with certainty that these slow-movers are not what you’d call accomplished ratters, especially when compared to a feral cat or a rat terrier. 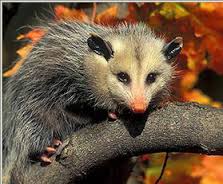 The notion of going cats and dogs on the resident rats paled when a lifelong urbanite suggested that Brooklyn need only stock up on Virginia opossums. Don’t ask. I can only harken back to a “Sopranos” episode where a Russian gangster had been shot but ran off into the woods. It was Paulie Walnuts who said, “Let’s just go. Squirrels will eat him anyway.” 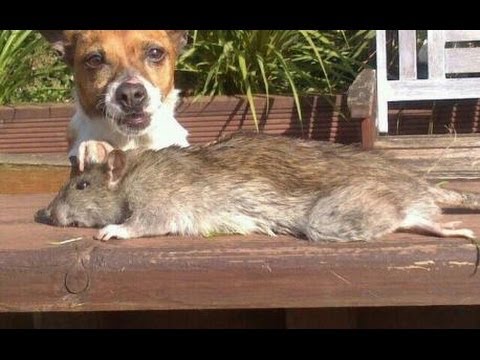 Below: Paulie Walnuts ... content that the squirrels ate the Russian guy. When the call went out for possums, neighboring NJ was more than happy to supply NYC with as many of the kinky-haired, night-cruisers as the city saw fit.

The possum transplanting actually happened, I kid you not. It went smoother than a possum’s tail. What followed got gnarly, very quickly.

But first, I just have to take a quick trip into the minds of these suddenly city-afied mammals. Here they are minding their own snoot-about business, somewhere in the swamps of Jersey, and within hours they’re captured and deposited in rock-hard New York City. “OK, I know we’re good at adapting but …”

Now, let’s pretend they somehow got word they were supposed to eat rats – to the point of extirpating the vermin. Then, imagine as they get their first gander at rats standing eye-high – sporting mean-looking tattoos of mongooses eating cobras. No big surprise, one look at the mega-rats and the imported possum instantly opted to eat Chinese … and Spanish, Russian, Italian, Indian, Japanese, even Polish – all of which Brooklyn trashcans held in abundance. It was lose an eye trying to eat a rodent or engorge on the likes of a UN dumpster buffet. 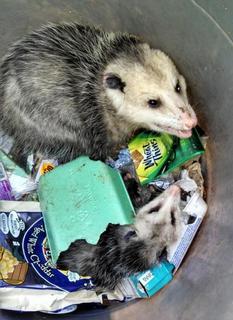 Life soon became so good for the city possum that they began populating to beat the Macy’s Day bands.

Can you imagine attending the next Brooklyn community meeting, as the reality sets in that there are more rats than ever – and now accompanied by gangs of oversized possums that have become so streetwise they’re cutting open dumpsters using electric angle grinders. As of this week, the NYC marsupial occupation is so bad that the NYPD is regularly being called on to arrest the hissing, spitting, playing-dead transplants. So where are in-custody possum being, uh, housed? Yep, Central Park.

Got a really fun read at an auction. It's South Bend booklet from 1934. It's called "Fish and Feel Fit." And now that they have you fit you can go over and fight in WWII. Along with lots of far-out fishing tips, some of the company's lure had what might be a unique action. These are the plugs that just as likely scared the crap out of gamefish as attracted them ... Then there were some still-sweet looks from South Bend. 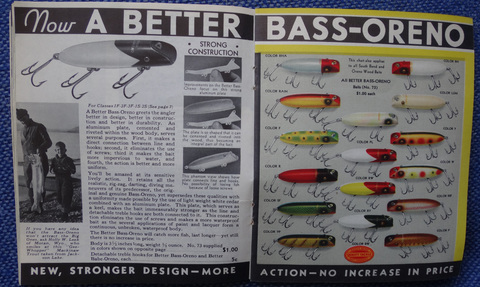 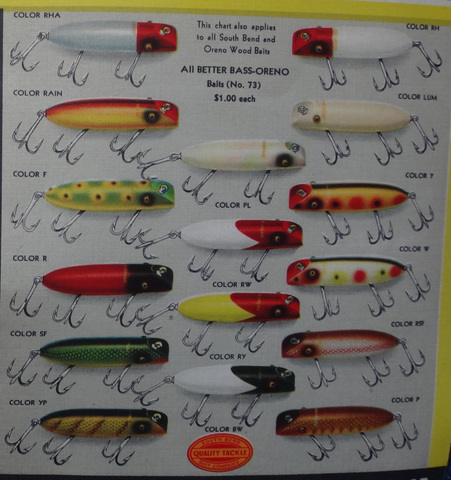 Of modern interest is this early braided line ... of silk. Check out the factory.' 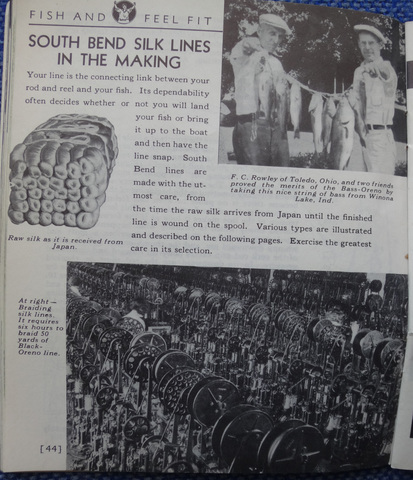 Solar Energy Will Lead the Way for New Power in 2016 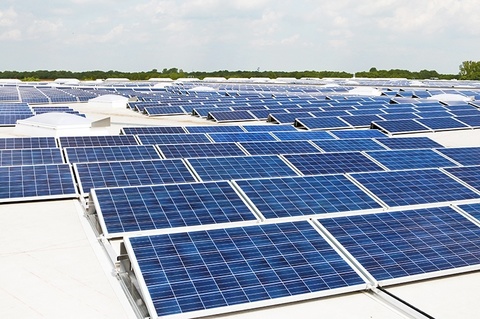 In 2016, for the first time ever, solar is projected to add more new capacity in the U.S. than any other type of energy. New data from the U.S. Energy Information Administration reports 9.5 gigawatts of utility-scale solar will be added to the grid, more than three times last year’s figure. And this doesn’t take into account additional rooftop solar, which was the fastest growing segment of the solar industry last year.

The Solar Energy Industries Association expects to see an additional 4 gigawatts of residential and commercial projects on top of the U.S. Energy Information Administration projections. Solar is projected to beat out natural gas and wind, which will add 8 gigawatts and 6.8 gigawatts of capacity, respectively.

Combined with Oregon’s existing hydroelectric base, that means the state will be on track for an electricity system that’s 70 to 90 percent carbon-free by that date. The legislation will make Oregon’s energy among the cleanest in the country and puts the state in the growing top tier of renewable energy standards, along with California, New York and Hawaii.

The Clean Energy and Coal Transition Act that received final approval yesterday prevailed with bipartisan support because, as explained in this previous blog, stopping dirty coal deliveries into Oregon will cut off the market for coal plants and open up the state to more wind and solar power, just as the costs for those emissions-free resources are dropping dramatically.

Under the bill that gained final passage by the Senate yesterday, Oregonians will no longer have to pay for any coal power by 2035, at the latest. This legislation, which Gov. Kate Brown is expected to sign in the coming weeks, will drastically clean up the energy Oregonians use and eliminate the need for new large gas combustion turbines as old coal plants go the way of the dinosaurs.

Cleaning up its electricity grid will also help Oregon clean up its carbon emissions from transportation by converting the gasoline and diesel-powered vehicles on Oregon’s roadways toelectric cars and trucks and plugging them into its low-carbon grid. The legislation directs utilities to propose significant investments to accelerate the deployment of charging stations for electric cars, trucks and buses in a manner that also supports integrating renewable power onto the electric grid.

Oregon’s new clean energy future was charted by unique coalition—not the usual environmentalists vs. utilities, but true consensus: regional and national environmental groups worked with the two largest electric utilities in Oregon—Portland General Electric and Pacific Power—and the state’s utility consumer advocate. Each had good reasons to support the bill. Environmentalists will get a long-term strategy to clean Oregon’s energy mix. The utilities, which import coal electricity from power plants in Montana, Wyoming and Utah, gained an assured pathway, allowing them to plan and invest for a stable and affordable power supply, which also is important in planning their compliance across the region with the U.S. Environmental Protection Agency’s (EPA) Clean Power Plan to limit power plant emissions. Although the U.S. Supreme Court temporarily blocked the Obama administration’s plan to fight climate change by cutting the emissions fueling it, Oregon’s action is further proof that climate action can—and must—continue.

Meanwhile, the consumer advocate, the Citizens’ Utility Board, was able to ensure that Oregon customers would not have to pay to keep aging coal plants puffing and sputtering along indefinitely. Reducing the amount of electricity generated by burning coal also will help avoid the worst effects of climate change—which could have huge financial and health costs to households in the state. If we needed another reminder of the risks of failure, just last week there was news that sea levels were rising faster than at any time in the last 2,800 years; and that this effect, as so many others, is traceable directly back to ballooning carbon emissions.

Oregon’s commitment to a clean energy future—added to other promises made by states and cities across America and complemented by strong EPA actions—are critical to making real the Paris commitments to cut carbon emissions as promised by 187 nations earlier this year.

Worth noting in this respect, for those who think cutting carbon is a purely American or northwestern concern: China’s carbon emissions appear to have fallen again in 2015, for the second straight year, reflecting a two-year drop in that country’s coal combustion that is equal to all of Japan’s coal consumption. At the same time, China brought 32.5 megawatts of new wind and 18.3 megawatts of new solar online in 2015, both records.

Commitments add up; commitments persuade. Commitments like Oregon’s are essential to the global effort to contain and reduce carbon dioxide emissions to levels that can protect the Earth for future generations.