Thursday, July 23, 2015: We’re on some sorta gorgeous-day roll. If possible, today is nicer than yesterday, as mild onshore ocean breezes have caused bugs to bug off. At the same time, the Island is still crawling with dragonflies, the best natural friends a fly-hater can have.

This is the height of the dragonfly and damselfly season. Yahoo. See section below. NJ buzzes with these gorgeous buggers, more so than most states. The only sure way to ID them to photograph and check the astounding Field Guide to Dragonflies and Damselflies of New Jersey. 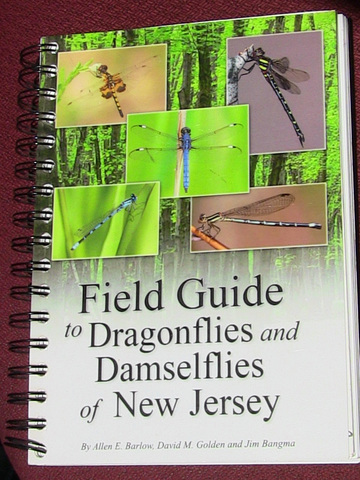 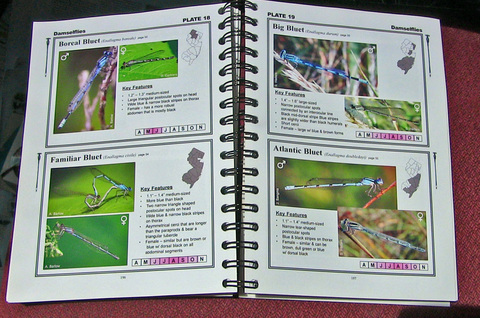 Today we have ideal bay fishing conditions and improving ocean fluke fishing, as  land/seawinds pick up a little. Imagine having winds too light to foster a drift. Such was the case this a.m. The next couple days will shine. The only iffiness comes with possible late-day south winds.

I caught a touch of slack for mentioning the reefs and Tires. It's not like they're secrets so I don't think it's akin to burning secret sites. 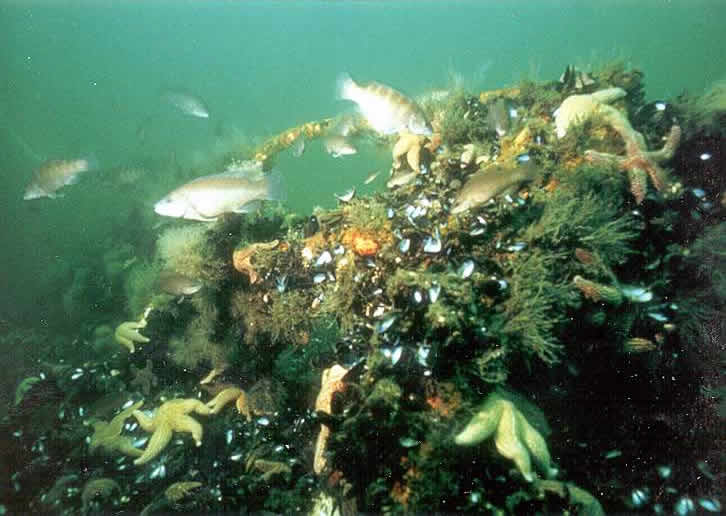 I ran into some Facebook chatter about the replenishment and how it'll impact fishing. I didn't get overly involved but did comment: " This is by far the largest replen done here ... even after combining the HC, SC and BB replens. It will be very telling as to how it'll impact surfcasting this fall. However, I guarantee that, even as early as next spring, the ocean will be rearranging things, more to its liking -- and more surfcasting-friendly. However, in the interim, it could be a very poor fall trying to fish in replen zones ... though throwing net on mullet might be easier, as they run closer to the swash and drop-off. Also, we've had horrible bass runs the last few years, having nothing to do with beach repair."

Below is a report from Walt P. He got a couple small bass in the BL Inlet area, which is consistent with the snorkeler reports. Those divers have seen a goodly number of small bass but not the occasional cow that usually hang near the rocks.

"Thought I would try shrimping the north jetty on Wednesday. After three pulls of my trawl all I had was four crabs, a cup full of shrimp, one puffer, two small flounder and a lot of snotty dead algae grass. So far this year I have not netted any small seabass or blackfish. Not a good forecast for the future. I tried fluking the south pocket but came up empty. I then set up on the incoming around 9:30 and tried for a blackfish but had no luck. In desperation I took the cup full of shrimp and tossed a few and baited up with a few and gave it a try. Ended up with two 24” bass which gave me something to smile about.  In the afternoon I took the grandkids across the inlet to IBSP and we walked the beach up to the pond. I’ve never seen so many 1.5” spearing hugging the beach. There was also constant action by terns all over the area, I assume gorging on spearing.  WP" 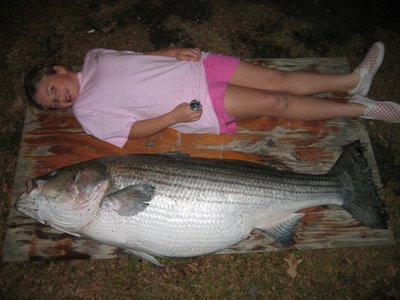 AMAZING INSECTS: Check out this Smithsonian read on dragonflies.

2 ) Some scientists theorize that high oxygen levels during the Paleozoic era allowed dragonflies to grow to monster size. 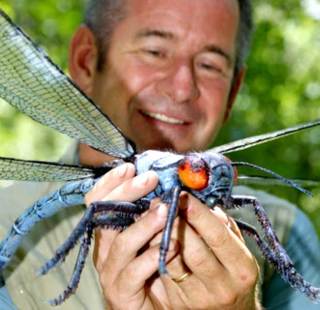 3 ) There are more than 5,000 known species of dragonflies, all of which (along with damselflies) belong to the order Odonata, which means “toothed one” in Greek and refers to the dragonfly’s serrated teeth. 4 ) In their larval stage, which can last up to two years, dragonflies are aquatic and eat just about anything—tadpoles, mosquitoes, fish, other insect larvae and even each other. 5 ) At the end of its larval stage, the dragonfly crawls out of the water, then its exoskeleton cracks open and releases the insect’s abdomen, which had been packed in like a telescope. Its four wings come out, and they dry and harden over the next several hours to days.

6 ) Dragonflies are expert fliers. They can fly straight up and down, hover like a helicopter and even mate mid-air. If they can’t fly, they’ll starve because they only eat prey they catch while flying. 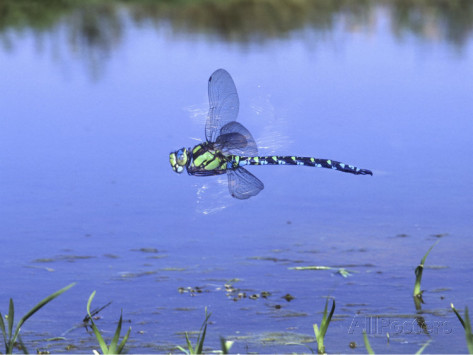 7 ) Dragonflies catch their insect prey by grabbing it with their feet. They’re so efficient in their hunting that, in one Harvard University study, the dragonflies caught 90 to 95 percent of the prey released into their enclosure.

8 ) The flight of the dragonfly is so special that it has inspired engineers who dream of making robots that fly like dragonflies.

9 ) Some adult dragonflies live for only a few weeks while others live up to a year.

10 ) Nearly all of the dragonfly’s head is eye, so they have incredible vision that encompasses almost every angle except right behind them.

11 ) Dragonflies, which eat insects as adults, are a great control on the mosquito population. A single dragonfly can eat 30 to hundreds of mosquitoes per day.

12 ) Hundreds of dragonflies of different species will gather in swarms, either for feeding or migration. Little is known about this behavior, but the Dragonfly Swarm Project is collecting reports on swarms to better understand the behavior. (Report a swarm here.)

13 ) Scientists have tracked migratory dragonflies by attaching tiny transmitters to wings with a combination of eyelash adhesive and superglue. They found that green darners from New Jersey traveled only every third day and an average of 7.5 miles per day (though one dragonfly traveled 100 miles in a single day).

14 ) A dragonfly called the globe skinner has the longest migration of any insect—11,000 miles back and forth across the Indian Ocean.

Below: They are generally harmless, though, when in the winged phase, grabbing one near its head -- and teeth -- could allow it to grab skin. Nothing to scream over, even with larger ones.  The in-water nymph phase looks spooky but they're bite is about the same as the winged stage. I've been grabbbed by both and no skin break at all. They are still here.....old jetty in Barnegat!

Today I had
Carrie Kulig Budke out. She just got a Pro Angler and I helped introduce her to her neck of the woods. Some mama-jama porgies and schoolie stripers to introduce her to kayak fishing on the north shore. 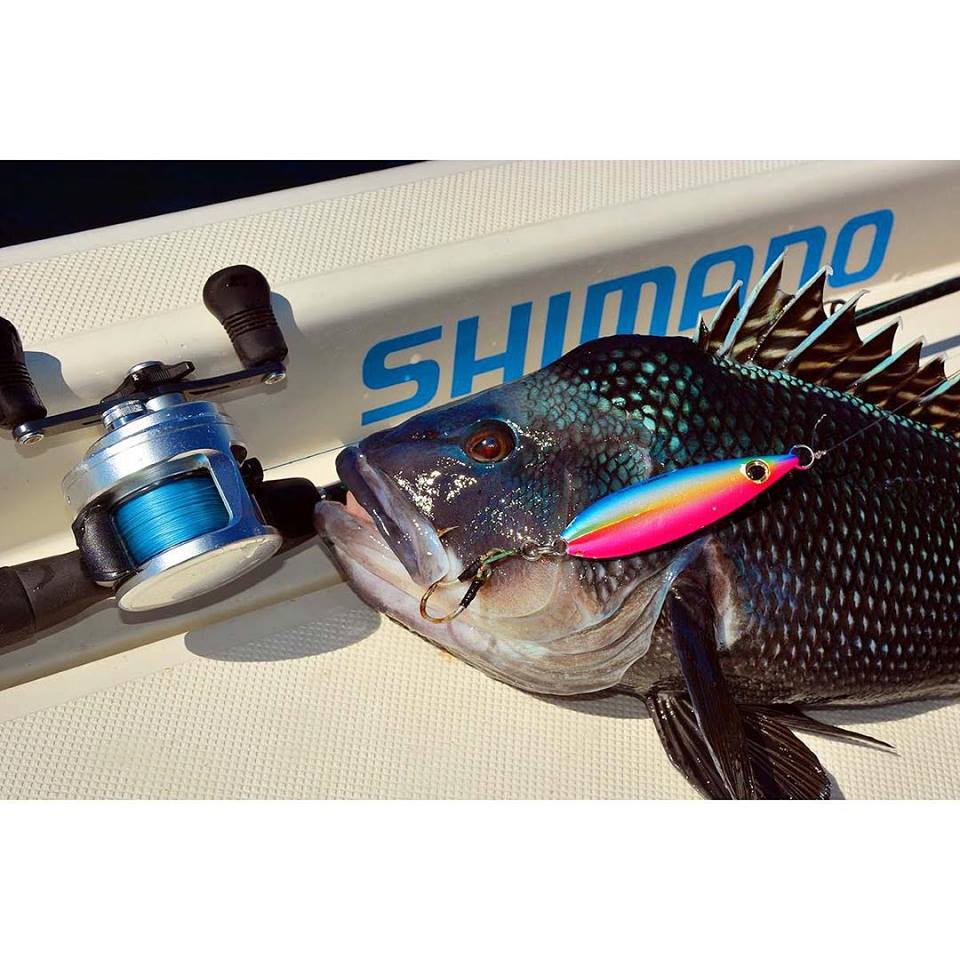 I'll add that there ARE many dragonflies about, there were quite a few of them up on along the dune path. BTW, the water was cold and it was cloudy most of the day. At times , on 56th, there was NO ONE in the water. Also the beach, which Great Lakes spent so much time expanding, has withered to 50 feet wide  maybe. All that work for naught. It's gonna happen in Beach Haven and other areas too. I know it. It's narrower now than before the fix.

Those are upwell eddies of cold water from burst of south wind, Dave. North end of LBI stayed sunny.