Thursday, July 19, 2012: Kind of an odd day. After almost miraculously being missed by an awesomely powerful line of thunderstorms accompanying a cold front yesterday, we got some showers this a.m., followed by a real drabness. And as every angler knows, that’s not the worst thing. Many sunlight-subdued days offer excellent angling. It’ll be highly fishable till dark. Then onshore winds could become a tad troublesome.

Panfish action in the swash has really flared again. I got word out of North Beach and northward that kingfish rigs were taking bites the instant they hit the water.

Surfside kingfish, spot, small weakfish and (no big surprise) small fluke are going for GULP and other fake-o bits. 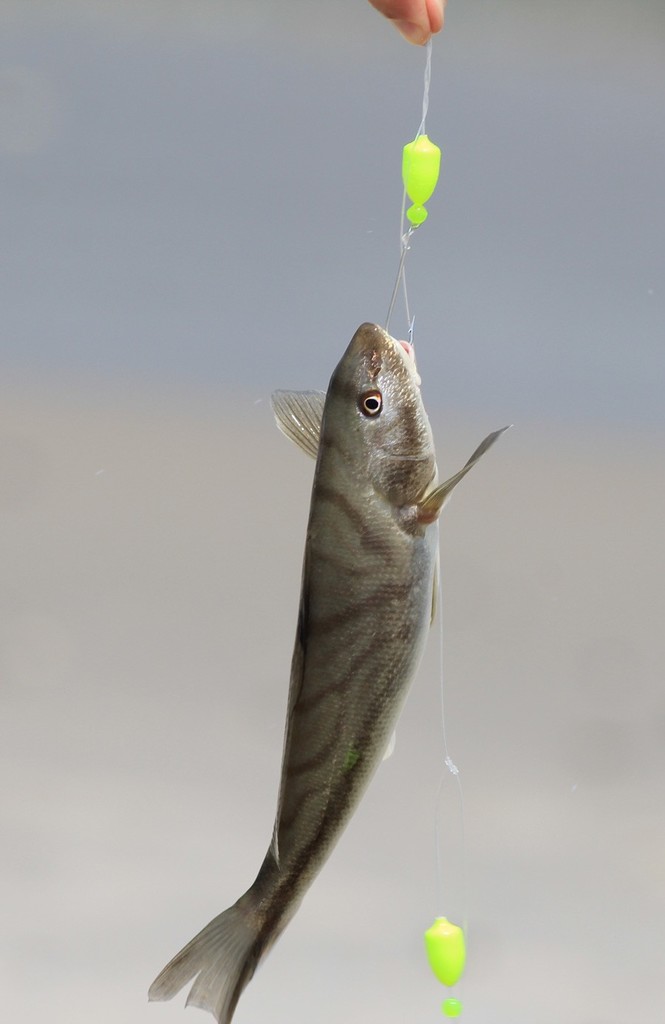 The main keepers are kingfish, though a buddy called me to say he kept “half a bucket” of spot, barbecued them whole (gutted) and feasted. His wife and kids “went wild” over the meat. “We had so much left over my wife separated the meat and is going to make spot salad out of them.” He also had four kingfish, which he kept for himself. (:

I’m not sure it’s Facebook or amazing fluking but I’ve seen some astounding catches of flatties – both numbers and doormats. As noted in here daily, you do not have to ground-and-pound with the pack. Fluke are everywhere. Find some private space and have a blast.

The sharking has seemingly quieted a bit – though that might also be folks getting their after-dark fill of the browns and backing off the hunt.

I’m still getting reports of very slow fishing for resident stripers on the jetties.

I’m thinking the arriving onshore winds might perk stripering up a bit. It’ll sure knock the water temps through the ceiling. Look for the ocean suds to approach 80 degrees by Saturday.

Unstable weather for the next few days has to be taken into serious consideration -- should bolts begin to fly. Truth be told, I’ve never seen mariners and beachgoers being so responsive to sky threats. Last weekend, some sky booms in Harvey Cedars led to the emptying of the beaches in a matter of minutes and when I went to BL, boats were flying into port. That’s showing smarts, A-Company.