Thursday, December 29, 2016: Looks like the drips have made an early exit hereabout 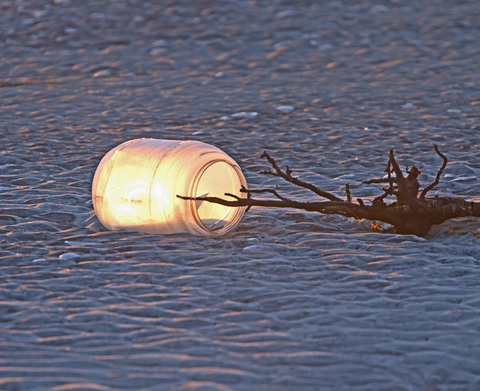 Thursday, December 29, 2016: Looks like the drips have made an early exit hereabout (noon) but I was chatting with friends in Vermont and vicinity and they could be in for an epic snowstorm. I won’t get all weathery on you but the low that zipped through our region brought minimal moisture and barely a brushing of white to northerly NJ points. It’s hard to believe it will likely form into an epic New England winter storm with snow by the footload – possibly three feet in some snow-prone high points … as skiers lose their minds in ecstasy. Drive safely getting up there.

There is a weird angle to this fast-moving low, literally. Firstly, just its forming north of us is a bit off the normalcy mark.  It’s intensifying much the same way that similar systems explode just to our south. It would have been a honking, albeit short-lived nor’easter if things went according to Hoyle.

I had figured that many storm systems this winter would leave us on the rainy side of things but this entire northerly shift of a low-pressure intensification point is disturbingly in-line with an overall weather jog, possibly related to warming ocean.

This is NOT another piece of global planet hyperbole. That issue is too complex to relate to shifts in low pressure formation along the Eastern Seaboard of the US. However, all too real is the average surface water temps of the Atlantic Ocean. That rise has been absolutely documented. Might this sea surface warming by related to something other than climate change? Maybe. This graphic shows the ocean is prone to sometimes insane temp swings. I’m simply and sensibly focused on any immediate and obvious sea-temp-related weather impacts relating to our hometown piece of ocean. And there is no debate regarding the influence of ocean on weather, both near and far. As to understanding it ... Mulling over the weather computers and maps, I see more of what is becoming a non- winter. I even see some potential for odd stints of mildness. For you cold lovers, there are also indicators of some night coldness, so you can stay up all night sitting in the backyard throughout January. And those will probably be my Christmas lights still up. Uh, I mean by early Easter lights.

TREASURE: I’ve gotten a lot of feedback regarding metal detecting. While I detect alone, there are a goodly number of detectorists just about everywhere. Facebook will likely uncover quite a few more than willing to go out searching.

I began metal detecting with a homemade model in 1970 … $19.99 got me all the parts. It could find, like, a car…  at a foot away. Jumping decades ahead, detectors are now astoundingly advanced. Even entry-level machines ($200 range) can find a dime buried over six inches down. I use more advanced machine and can find that same dime at a foot under … using headphones and knowing how to listen through other metal readings that often mask the good items. It’s all practice and persistence. I’ve suffered through a day’s worth of swinging the detector with absolutely nothing to show … and I’m back out there the next day – when I hit a 1794 American large cent. You’ve heard about Pavlov’s dogs, right?

I’ll note here and now that it’s vital to know where you can and can’t hunt. I’m partial to the later -- but hey.

Here’s where I usually shop for detectors. http://www.kellycodetectors.com/

I use manly Fisher’s … but for very localized reasons, like its ability to listen through unwanted rusty items (soft metal) to ferret out the good (hard metal) readings. I have two CZ-3D, easily the most insanely rugged detector I’ve ever seen. There are newer computerized versions of this. They're wimps by comparison. One of my posts on www.treasurenet.com/ ...

After over 40 years of treasure digging, driven by a certainty that a find-of-finds is just another scratch away, I’ve dug with a minor phobia hanging within easy reach of my overactive imagination: What if I were to dig up a human skeleton? Just my luck I might uncover a huge gold ring – with a finger bone still attached.

Truth be told, I kinda realize there isn’t a ghost of chance such a thing will ever befall me. However, I came too close for comfort this past year.

I was digging a newer dump site, fairly deep in some thicker woods. All the site offered of Th’ing interest was a slew of older milk and cream bottles (Millside Dairy, N.J.). I slipped the bottles in my ever-present backpack and was about to leave the site when a final rake-through uncovered what first looked to be one of those brass reed plates from a harmonica. Those reed plates are one of the most common large items found by detectorists.

It wasn’t until I flicked the piece with my rake that the horror set in. The thing still had teeth attached to it. For a dizzying instant, I was frozen in place. It sure seemed my long-lived phobia just came to morbid fruition. In this case, I had seemingly found a mouthorgan with the mouth still in place. Dial 9-11!

Fortunately, I allowed logic to carry the moment.

Using what amounted to a goodly amount of internal fortitude, I further flicked the toothy find and pretty quickly guessed what I had unearthed – and even that didn’t even remotely detract from the weirdness.

Here, check it out and imagine some dirt on it as it jumps into sight -- and tell me you wouldn’t get a few heart pounds.

It’s a shade tester for a dentist. When replacing a person’s tooth, he pulls out one of these color-graded false teeth to hold in place with the patient’s existing teeth to match the color. Again, you see it a bit cleaned up but when I first dug it …

Weather went to crap but the kids still put a couple sea mullet (aka kingfish) dinners in the cooler. Finally got bit jigging as well.

Into some fine toggin' ... Could be a couple more windows in the near future.

Improved togging this afternoon in the small weather window with decent fish to over 6 lbs. Some great news had a great meeting with Tackle Direct yesterday and this coming spring they will be carrying our full line of mojos. All 3 styles and 4 colors. Also they will now be a cortland dealer which is awesome. Those of you who know me know how much i love there c-16 and braid, any of my vendors who want to put some of the best line in there shop shoot me a msg!! Eight of the world’s largest seafood companies have issued a 10-point statement committing to action on ocean stewardship following the first “keystone dialogue” between scientists and business leaders.

The statement says signatories “represent a global force, not only in the operation of the seafood industry, but also in contributing to a resilient planet.”

The keystone dialogues are a new approach to engage major international businesses in global sustainability challenges. As part of the dialogues the companies have committed to improving transparency and traceability, and reducing illegal, unreported and unregulated (IUU) fishing in their supply chains.

The inaugural dialogue, initiated by the Stockholm Resilience Centre, took place 11-13 November at the Soneva Fushi Resort on the Maldives under the patronage of HRH Crown Princess Victoria of Sweden—Advocate for the UN Sustainable Development Goals (SDGs). It was the first attempt between scientists and these major business to address such issues.

Reductions in antibiotic use in aquaculture, greenhouse gas emissions and plastic pollution will also be prioritized. The businesses have also committed to eliminating any products in their supply chains that may have been obtained through modern slavery, including forced, bonded and child labor.

To implement the commitments, the companies will create a new initiative—Seafood Business for Ocean Stewardship—that will, for the first time, connect wild capture fisheries to aquaculture businesses, connect European and North American companies to Asian companies and connect the global seafood business to science.

Österblom led research identifying the keystone actors in the world’s oceans. The team identified 13 transnational corporations controlling 11-16% of wild marine catch and up to 40% of the largest and most valuable fish stocks.
“We invited the leaders of these companies to a dialogue to build trust and develop a common understanding about the state of the ocean,” said Österblom. “We were delighted so many companies accepted our offer. This shows they are aware of the urgency of the situation and willing to engage in these issues.”

“As one of the world’s leading seafood companies, Thai Union Group is committed to reform in the fishing industry,” said Thiraphong Chansiri, Thai Union’s CEO. “We believe the entire seafood industry needs to work together on sustainable and evidence-based solutions. This dialogue between scientists and the leaders within our industry represents an important part of that effort.”

The dialogue will now be followed up with additional meetings and dialogue between science and business. A next meeting is already scheduled for next year, where more concrete joint actions will be identified.

A senior vice president of sales at Bumble Bee Seafood pleaded guilty in federal court this week for participating in a conspiracy to fix canned tuna prices in the US market.

According to the US Department of Justice Bumble Bee’s Walter Scott Cameron entered the guilty plea in U.S. District Court for the Northern District of California in San Francisco.  Cameron said he and unnamed co-conspirators agreed to fix the prices of packaged seafood from as early as 2011 until about 2013.  In addition to his guilty plea, which is subject to court approval, Cameron has agreed to pay a criminal fine and cooperate with the division’s ongoing investigation.

“Today’s charge is the first to be filed in the Antitrust Division’s ongoing investigation into price fixing among some of the largest suppliers of canned tuna and other packaged seafood,” said Acting Assistant Attorney General Renata Hesse of the Justice Department’s Antitrust Division.  “All consumers deserve competitive prices for these important kitchen staples, and companies and executives who cheat those consumers will be held criminally accountable.”

“Bumble Bee continues to fully cooperate with the Department of Justice in regards to its ongoing investigation into the packaged seafood industry. Scott has also cooperated with the Company and with the Department of Justice in the investigation. The Company is hopeful that it can reach a resolution with DOJ on this matter, as it relates to the Company, in early 2017.  Because the investigation is ongoing, we cannot provide any additional information or comments on this matter at this time,” said Jill Irvin, Senior Vice President, General Counsel for Bumble Bee.

This is the first charge to result from an ongoing federal antitrust investigation into the “big three” canned tuna brands in the US, which includes Chicken of the Sea and Starkist along with Bumble Bee.

The three companies are in the midst of multidistrict litigation that was consolidated in a California federal court last December. There are nine proposed class action lawsuits and 44 related cases accusing them of price-fixing.

This past November, major retailer Walmart recently lodged its own lawsuit against the canned tuna producers because of the price fixing allegations.  Walmart’s lawsuit claims the conspiracy caused it be unlawfully overcharged for tuna products, which is a violation of the Sherman Act.