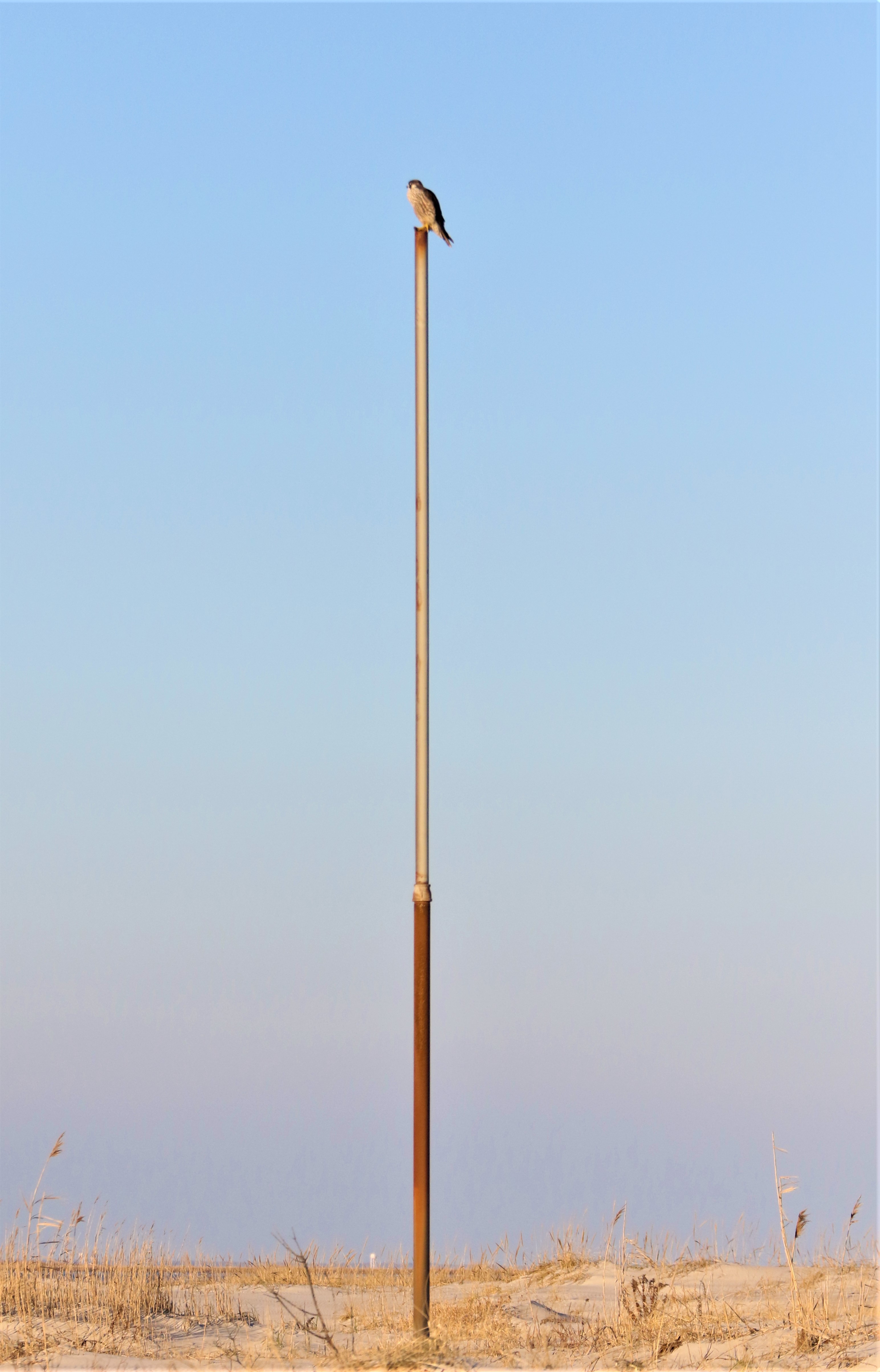 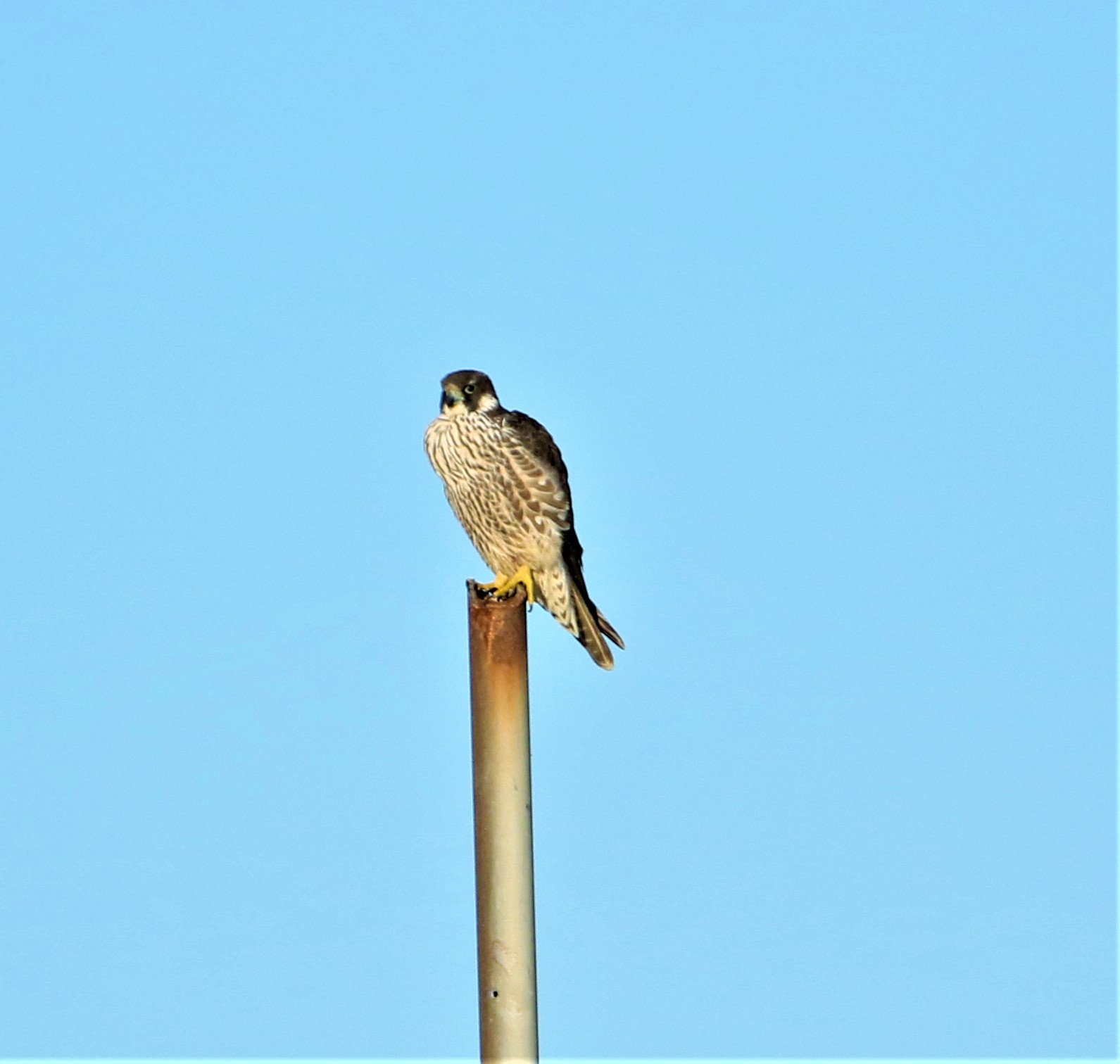 Thursday, December 27, 2018: It’s a veritable dog day afternoon out there on the beach. Talk about dogs’ day to play. Get in the fun today. Weather will soon flow amuck, though not to any great degree – especially with the degrees forecast to be well above freezing, to the tune of downright mildish.

MORE READS ON BADNESS: With a slew of old friends showing up for Christmas masses on LBI, I got at least a dozen fall fishing rundowns from visiting out-of-area anglers. It was a shock. This past fall, I tried to nab transitory Facebook reports extending from upper New England down to Cape May. Seems I got the mis-sense that we were the only place not having admirable fall bassing and bluefishing. Disturbingly, I now hear bads and awfuls from wide-ranging fishing zones. Those reports all included the ditto-ish “We did have a few good days but then it suddenly stopped.” Where did I hear that before? By the by, I got both boat and beach reports from visitors.

Then, there’s the reports from commercial fishermen who say there are acres of stripers packed in, further out -- well past the three-mile state limit. I sometimes wonder if that read is just an effort to get the EEZ opened to harvesting. However, a number of those commercialites assure they’re really not that interested in stripers, one way or the other. In fact, one fishermen rightfully fed me some of my own medicine by suggesting that overprotecting the EEZ bass could be playing havoc with other gamefish and food species. Touché.

Incongruously, I think in terms of white-tailed deer, which so quickly learned to abandon heavily-hunted areas for the safety and dining comfort of no-hunting zones, usually near humanity. It’s a stretch to think stripers have figured out that NJ ocean areas beyond three miles out are sanctuaries. However, it has been proven that even lower life forms often employ something akin to a combined mentality. Again, that thinking is a stretch, but using our allegedly higher intelligence to figure out what’s going wrong with coastal fishing might require thinking outside the box -- in this case, outside the state waters box.

I’d be remiss if I didn’t pass on a notion now firmly held by a hardcore angling aficionado, David B., who is vociferously convinced that an explosion in whales, the result of strict and effective preservation, is messing with the schooling of forage fish. He’s speaking mainly of bunker while not excluding sand eels and such.

David’s thinking is no more outlandish than, say, a widely-held suspicion that double-crested cormorants are fish stock destroyers of the highest order. While nobody in our immediate area has begun singling out seals as enemies of NJ angling, not that far north, fishing organizations are mounting noisy protests over the growingly immense population of these famed fish-devouring pinnipeds.

As theories on the bad fishing run rampant, there remains a core of knowledgeable fishermen who calmly withdraw into a time-proven confidence that fishing always runs amazing hot and cold, as it has done throughout written history. I’m often inclined to mumble, “The fish will be back,” -- though lately such mumblings are with far less confidence than I once had.

Believing something big is out of kilter out there, I have volumes of historic data detailing times when regional fishing hit the skids, dating back hundreds of years, during times when fish stocks were, overall, naturally healthy. Interestingly, many of those way-back disappearances were insightfully and rightfully seen as the result of localized overfishing. The big difference now is our ability to recognize that the loss of certain species is not simply localized. By pondering the national, even global, piscatorial picture, it’s unnerving to see that MIA fisheries have not simply drifted elsewhere -- to prolifically exist elsewhere. We now know that the new gone can mean gone-gone.

(Below: Adequate fines? You be the judge.) 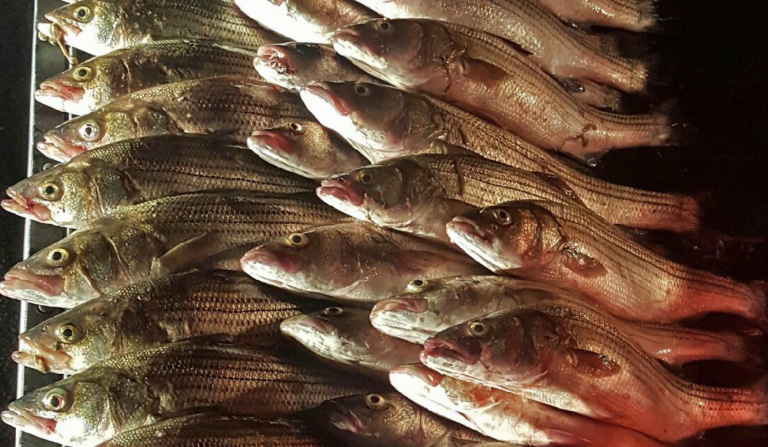 Three Pennsylvania men were fined more than $2,000 each for fishing violations at the Jersey Shore, authorities say.

Acting on a tip, New Jersey conservation officers caught the men harvesting large numbers of undersized striped bass during the early morning hours of Aug. 25 along railroad tracks spanning the Manasquan River in Brielle, according to the New Jersey Division of Fish & Wildlife.

But the men ran afoul of the law.

When two of the anglers packed up their gear and walked back to their vehicle, they were met by the officers for a catch inspection. That’s when they were found with 31 undersized striped bass, according to state officials.

The third angler, who remained along the railroad tracks, was caught with 15 undersized striped bass, officials said.

All were issued court mandatory summonses for possession of undersized and over-limit striped bass and appeared in Brielle Municipal Court on Sept. 25. According to authorities, the cases were adjudicated as follows:

Officials say Rivas had a prior conviction for striped bass violations and that his freshwater fishing license privileges are now suspended for two years in New Jersey. No license is required for saltwater fishing.

Striped bass, named for the black stripes that extend along their bodies, are “moderately fatty” with a “rich flavor and a large, firm flake,” according to Bon Appétit magazine.

As to the Striper regulations for the bonus permit it could only be used from September through December 31 st for one bass and sometimes more than one if you follow the directions after catching a legal bass they may send you an application for a second one.I have tagged a bonus fish in the last two years prior to this one and called it in and received application for a second tag of which I was unable to use.Not this Fall which was the worst I have seen in the last five years prior.