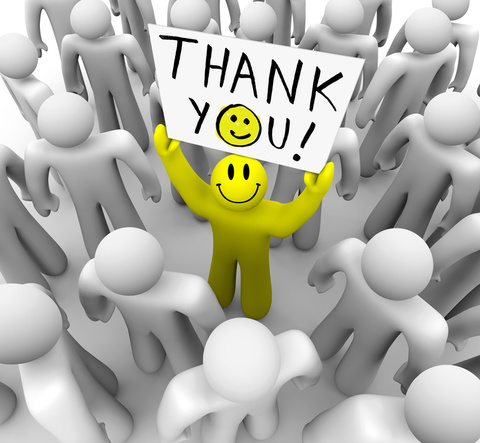 Thursday, December 06, 2012: I have to take a minute out to thank those donating to my bog/website.

Despite a horrific Sandy hit to my already anemic wallet, I’m putting web donations into their own little fiscal folder, dedicated to cover the likes of equipment costs.

I wish I had the time to thank donators individually but I've lately been forced into a workload corner that allows me very little extra time -- or energy.

Again, a truly sincere thanks to those who are helping fund this site. This is yet another plea to shop locally for the holiday – even if it means driving down here to shop locally. You can keep track of which tackle shops are open via their websites – or my calling. While gift cards work great, the sticking stuffer potential from fishing shops is through the ceiling. In fact, there’s many a man who would go wild over just a stocking loaded with angling gear.

Onward to fishing, there’s so much else going on that it’s easy to overlook the fact we've had great weather – and more is arriving. A mildish weekend will once again allow that repair-and-fish set-up many folks have been taking advantage of for weeks. The bassing is happening in the surf and near the inlets. I think it's a fairly sure thing -- though the clock is ticking. Think'late day if you want to jig or even plug the surf for schoolies.  Also, keep in mind it gets late very early nowadays. 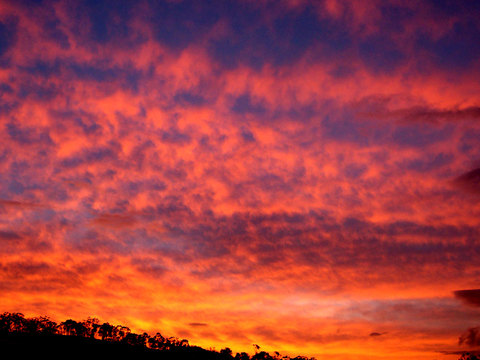 Just yesterday, I headed into the woods with what I felt was a goodly deal of light left. I had barely cleared my lungs of demo-dust before the sun began teetering, and then hit the horizon.

I did take advantage of the dying light to binoc a pair of sharp-shinned hawks assuming an upper-branch roost for the night. Earlier, the same two had been doing unusual sky acrobatics in a seeming squabble over something one of them had in its talons, maybe a rodent or bird. It looked more like an odd game. Sharp-shinned hawks issue one of those eerie calls you hear whenever shows and movies want to depict a lonely open expanse.

FIERY FINDS: A scientist has wanted me to keep an eye open for our most gorgeous – and stinkiest – beetle: The fiery searcher, a.k.a. caterpillar killer, or Calosoma scrutator. 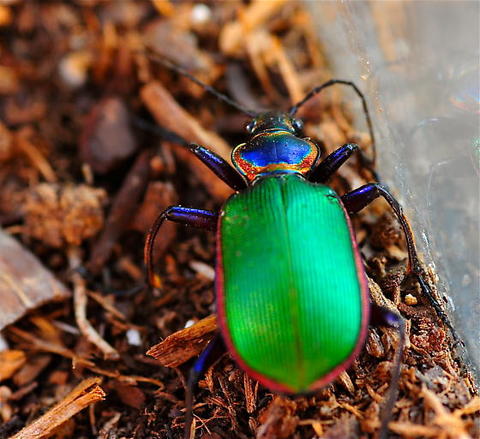 These buggers are big, iridescently wild colored and have a set of ominous choppers geared for destruction. The odd part is they never use their menacing mandibles to bite the hand that grabs them – namey, mine. Instead, they use some truly gag-worthy oozy chemical, emitted through small openings in their carapace.

Virtually all coleopterists (beetle studiers) collect fiery searchers in the warmer times of year. When warm, they’re a bitch to choral, being among the fastest beetles out there.

Anyway, I was digging old bottles yesterday and damn if I wasn't digging scrutators left and right. I found eight in under 90 minutes. That’s kind of a record for me.

Having buried themselves for the winter, the suddenly exposed beetles move in ultra-slow motion, belying their mach-speed potential. What’s more, winterized beetles have a helluva time squeezing out their stink, though they still manage to ooze enough to leave a little reminder behind – after I’ve placed them in a container. They’re off to a good home, where they’ll be fed, studies and eventually released – some are going to be tagged.

I won’t let on what $ I got for them but it was a ton more than collecting clams. And it’s fun to boot.

The Atlantic States Marine Fisheries Commission is poised to adopt long-overdue improvements to the management of Atlantic menhaden. These little fish provide food for ocean wildlife from striped bass and seabirds to weakfish and whales, forming a critical part of our environment and economy. Both are undermined by the 90 percent plunge in the Atlantic menhaden population over the past three decades.

Unfortunately, a recent guest commentary in this paper ('Guest View: Menhaden fishery needs reasonable - not drastic - action,' Nov. 7) presented an outdated picture of the science about this fish and a false choice between protecting menhaden and jobs. In fact, sound science supports bold action on menhaden to benefit both our coastal ecosystem and economy.

A recent study of 'forage fish' such as menhaden found they are worth twice as much in the water - where they feed more commercially important species - as they are in the nets of an industry that grinds them up to feed farmed salmon and livestock. But even that estimate is low because it did not include recreational fishing. On the Atlantic coast alone, recreational fishermen added nearly $11 billion a year to the U.S. economy while supporting more than 90,000 jobs. The big fish that anglers and commercial fishermen want depend on this little fish.

The need for immediate, meaningful action on menhaden has become more evident as the ASMFC improves its assessment of menhaden. The commission is using the best scientific advice to update the way it determines whether there is overfishing (fish are being caught too fast) and whether the population is overfished (not enough breeding fish are left in the water).

Just last month the ASMFC received a letter signed by 94 leading scientists, including more than a dozen from respected Massachusetts organizations such as the New England Aquarium, Boston University and Woods Hole Oceanographic Institution. As these scientists put it, the improved data show that 'the stock is subject to overfishing based upon the new mortality threshold [of 15 percent of Maximum Spawning Potential (MSP)].' The scientists continued, 'When stock biomass is evaluated relative to the corresponding biomass threshold (15 percent MSP) the stock is also overfished.'

Now, for those of us who are not scientists, here's what that means: The ASMFC's technical committee had called for an update to what's called the 'biomass reference point' for menhaden. When this new measure is applied it shows that the ability of menhaden to reproduce is now too low. The stock is thus overfished according to the most recent science.

As is true with nearly all science, the population assessments include some degree of uncertainty. But that is no reason to back away from strong protective action. In fact, most modern fisheries management systems respond to the gray areas in data by setting stricter catch limits. Uncertainty is a bit like a foggy stretch of road. You don't drive faster; you slow down to reduce risk. Slowing down the catch is the best way to reduce the risks to menhaden, the animals that feed on them and the fishermen. Whether they catch 'bunker' for bait or menhaden predators such as tuna and striped bass, fishermen will benefit from strong protection of the resource.

Wise management does not pit conservation against commerce; rather, it recognizes that a vibrant coastal economy needs a healthy ocean ecosystem. Last year, more than 90,000 people took this common-sense approach and urged the ASMFC to protect menhaden. It is now time to meet the commission's stated goal of ending overfishing and managing menhaden 'as a critical ecosystem component.' That is why Pew and other stakeholders in the science, conservation and fishing communities are urging the commission to take the strongest possible action to keep more of these little fish in the water, where they have the biggest benefits for us all.

An Australian scientist has become the first in the world to map the flavour markers of seafood.

The 39 flavours mapped by Heather Smyth will allow people to know before they bite they will experience "iodine zings" in oysters and an "almost hazelnut sweetness" from King George whiting.

Dr Smyth trained as a wine industry sensory scientist specialising in flavour descriptors such as oak, blackberry and cherries.

"If you look at the scientific literature for abalone -- the most complicated words were mild, intense, springy, and nothing else existed," Dr Smyth said.

"This is putting real words and real descriptors behind these species."

Blacklip abalone now has a "subtle sweetness and a savoury umami of miso soup", and southern bluefin tuna a meaty flavour of "pork crackling".

The idea to create flavour descriptors came from Coffin Bay Oyster Farm owner Lester Marshall, after he won a Nuffield agricultural scholarship in 2007.

Mr Marshall travelled the world and, after giving seafood masterclasses, realised how difficult it was to describe taste.

"I was continually being asked for tasting notes of seafoods . . . so chefs could write up the details on their menus," he said.

Dr Smyth called Mr Marshall after seeing a program on his plans to create a standardised flavour wheel and then began a research program lasting almost two years. Under Dr Smyth's descriptors, those Coffin Bay Pacific oysters would have a "sweet front palate underpinned by salty, iodine notes with a fresh ocean spray finish".

The southern rock lobster flavour has been described as "almost foie gras-like, with a pronounced crustacea flavour of prawn and scallop".

"It's the ultra-premium products that have them, things that people spend a lot of money on like tea or coffee or wine," she said.

The Fisheries Research and Development Corporation, which is funded jointly by the federal government and the fishing industry, funded Dr Smyth's study.

FRDC executive director Patrick Hone said the Chinese market was calling out for more information on flavour profiles, and wanting to know the stories behind the produce.

"It's very hard to give them a seafood story when the box says just prawns," he said.

South Korea confirmed Wednesday that it had formally dropped its fiercely criticised plan to resume "scientific" whaling and adopted non-lethal means to study the mammals in its waters.

Under International Whaling Commission (IWC) rules, a formal proposal for the hunt was required by December 3, but none was filed.

"We've decided to carry out 'no-kill' scientific research and, therefore, it became unnecessary to submit such a request," an official at the fisheries ministry told AFP.

South Korea had unveiled its plan to resume whaling at an IWC meeting in Panama in July, saying it would use a loophole in a global moratorium that permits killing of whales for "scientific" research.

At the time, Seoul cited what it called a significant increase in whale stocks in its waters.

But the move was condemned by many countries, and environmental groups and reports emerged just weeks later that the government was reconsidering.

Greenpeace on Wednesday welcomed South Korea's decision as a victory for tens of thousands of people who had sent individual letters to Prime Minister Kim Hwang-Sik, urging his government to drop the plan.

"The world does not support commercial whaling, even when it is disguised as scientific research," said Greenpeace International oceans campaigner John Frizell.

"The decision by South Korea to listen to its own people and the global community and abandon a whaling programme modelled on that of Japan is a huge win for the world's whales," Frizell said.

Japan uses the same loophole considered by South Korea, killing whales for "scientific research" even though the meat is later sold openly in shops and restaurants.