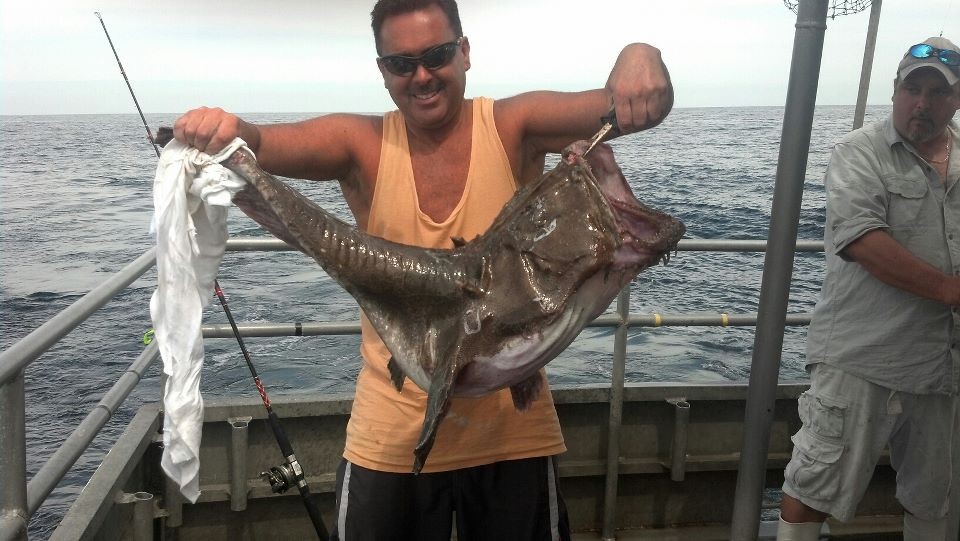 I live in Stafford and wanted to share this awesome picture of the fish I caught on 8/7/2012 while ling fishing. The picture is me struggling to hold the monkfish up. Additional information: 18 pounds, caught on the fishing boat Paramount. Depth: 225 feet. Caught by Carlos Santiago from Stafford, NJ.

Thursday, August 09, 2012: It’s one of those days all but oozing niceness. Winds are slight out of the south, early on.

All forms of fishing are on -- even offshore. Note: Bug spray could be a must for a good chunk of today if you’re baying it.

Get it on today because tomorrow is not going to go south quickly. Storms and winds to 30 mph, late-day.

We have 80-ish degree water in nearshore ocean waters.

While bay waters are fully in the 80s (actually typical of summer), the fishing remains excellent for those knowing how to tap into the chum-based bites. Holes are essential when site-hunting.

Good luck to the flukers in this week’s tourney(s). Saturday will see an a.m. west wind (pretty gusty) giving way to way more fishable drifting conditions as the day goes on.

I got the picture of the huge hammerhead taken in AC from the beach. Wow. Not sure what the story behind that take is but it must be a tad exciting.

Another massive houndfish was caught near Barnegat Inlet, inside. Those are the elongated needle-toothed fish that look like needlefish -- after years on horse steroids. This houndfish was three feet long – and duly released. Yes, they stink a bit, but not nearly as badly as a 10-inch needlefish. It regurgitated spearing. No surprise.

Not that it’s an angling thing, but the bay is overloaded with seahorses – first time in many decades. Walt P. first alerted the population burst of these beloved little slow-swimmers. Back in the not-long-ago day, they all but swarmed eelgrass beds in our bay areas. Then, either a disease (I believe) or possibly over-collecting (that would take a helluva lot of netting) decimated the population to near nothing. Now, I’m getting calls from the parents of kids with those little dip nets finding seahorses left and right. Folks with commercial crab traps off their docks are finding seahorses hanging on the wiring. They actually make excellent members of laid-back saltwater aquariums – especially among corals, live rocks and the likes. For their overall slowness, they are amazingly fast at head-lunging at passing edibles. I easily kept one for six years -- and eventually released it near the Dike. I’ll note that they are a sure sign of healthy water. No, they are not good bait. Sicko.

Here’s a past new story from NJ.Com:

Eighty pounds of dead smuggled seahorses en route from China to Elmhurst, N.Y., were seized from a boat docked at the Elizabeth Seaport by U.S. customs agents who said the shipment violated international trade restrictions on endangered species.

The tiny seahorses -- who were dead before they were hidden in a container of legally exported food and candy and shipped out of the Far East earlier this week -- are highly prized as an aphrodisiac in Asian communities, investigators said.
A box of seahorses seized from a boat docked at the Elizabeth Seaport by U.S. customs agents this week, who said the shipment violated international trade restrictions on endangered species.
No value was given on the cargo, but according to one Internet blog, powdered seahorse rivals Viagra for effectiveness and was bringing up to $800 an ounce on the streets in Chinatown last year.
((((((((((((((((((((((((((((((((((()))))))))))))))))))))))))) 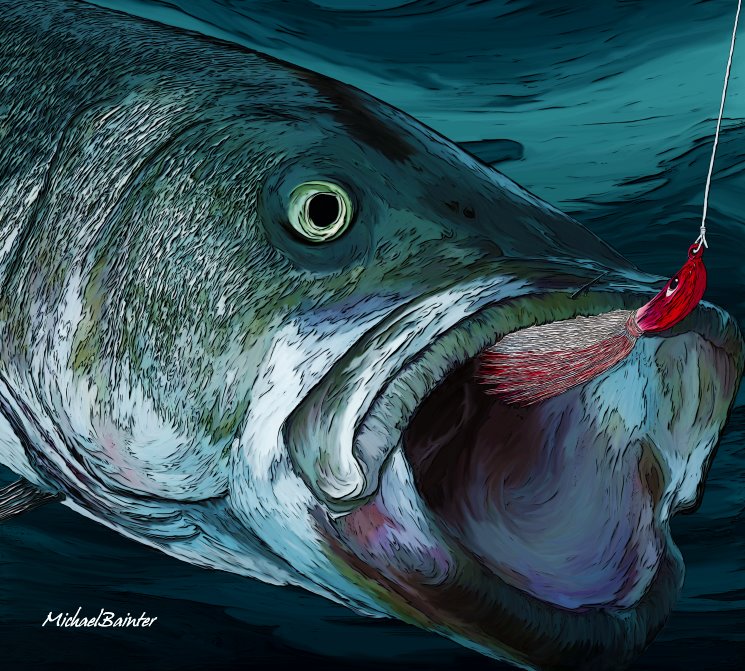