Thursday, August 31, 2017: Will the true Irma please blow up. I misread the disturbance off the SE coast, convinced it would just reach nameable tropical storm strength before rushing out to sea. It never passed sustained winds of 39 mph. That kept it a nameless depression. The true Irma, now a westward-bound Hurricane 2  -- moving at an unusually speedy 10 mph – looks like a bruiser in the making.

After a quick and weird southward swing – that could have it punching the Leeward Island – what come next can best be guessed by spinning a roulette wheel and seeing where the wrecking ball lands. The future possible routes for Irma range from dead west to acutely northwestward – the later direction based on the ongoing jet streams, which have kept us quite cool … though you might not feel so cool very soon, with a couple hot days coming up. That’s a sign the jet might show a weakening at the worst possible time, i.e. should Irma jog northwesterly. It should be noted that another dip in northerly jets will occur early next week. Folks could be watching any related cold fronts very closely, should Irma take aim on the Eastern Seaboard. Admitting my sheer amateur status in hurricaning, I’m still leaning toward Irma assuming the notorious southward route, possibly exploding into a high Cat-4 or even an entry-level Cat-5 over the Bay of Campeche or, i.e. “Houston, we’ve got another problem” – the Gulf of Mexico. If my Gulf guess is right, I sense Louisiana is in the cross-hairs. Awful to say, but they’re due.

As to the equal and somewhat opposite possibility of a more northwesterly route, Caribbean tourist sites could begin seeing cancellations … fairly soon, should that 10 mph forward speed persist. In fact, even if Irma takes the southern route, the “Islands” are not out of harm’s way. PR hold onto your straw hats.

I’m discreetly not going to aim any of my amateur guesses at how our area might come under the guns of Irma. If she aims at the East Coast, the meteorological variables become staggering – and the odds in our favor. However, if I was in the Charleston area – epicenter for northwest bound super hurricanes -- I’d be nervously watchin’ Irma.

I also see a couple forecasters suggesting this could be rare Florida Keys 'cane.

Thinking closer to now, our waves have dropped at an almost remarkable speed, though I recall many tropical swells – which our waves became yesterday – going missing in a single tide rise. It’s the nature of fast easterly moving cyclones.

As previously noted, the holiday weekend could be more of a weakend, marred by the last vestiges of Harvey into Sunday. Admittedly, we have no room to gripe about the effects of Harvey, when juxtaposed to Texas. Nonetheless, I’m pissed he’s stealing my last beach volleyballs days. Top NE wind speeds over the weekend shouldn't be above 20 mph

Best hope is a partial wet-out, with some brightness thrown in for good beach measure. Monday is looking nice, though that does me no good at all. Also, I see a hot, near-90 day or two coming for the mainland.

HOLGATE HAPPENINGS: I have no exact time for Refuge’s reopening of Holgate tomorrow. I imagine it’ll be morning.

It should be interesting to see what this last bout of winds and waves did to the far south end – after seeing how it mauled south Holgate’s replenished beaches.

All that uptown replen sand is heading to the Refuge-adjacent beaches. I can’t see how at least the first mile of the south end won’t be quite wide (historically wide?) for driving -- after the wind-riled waters recede from the small NE blow we'll get from the remnants of Harvey.

South Shore Towing Inc. will once again be one of the best go-to pull-out specialists -- should things sink south while driving the beach. Place this number on speed-dial or etch it on your dashboard: (609) 597-9964. I include the area code since many cellphones require the entire phone number shebang; sometimes even needing that mysterious “1.”

That said, it is actually the law that 4WD vehicles have certain dig-out tools on hand, along with an air compressor, i.e. tire inflator. I use Craftsman/Sears brands in the plug-in types.

For a battery-power tire inflator, I’m looking into a Craftsman C3 19.2-Volt Cordless – only because Makita has yet to offer one. I have just about the entire line of Makita 18V portables, including the 38V chainsaw. I shop Makita exclusively with my buddies at Tuckerton Lumber. DYK: The power tools you see seemingly cheaper at big box stores, despite having the big name brands, are often of a lesser quality than those offered at more exclusive shops? 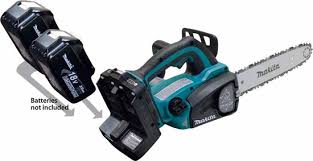 ... Oh, you should also have something called a permit. This is why you need to wear eye protection at all times my Costa's saved my eyeball. I was on a motorcycle ride a rock spit up and hit the bullseye.

Huge thank you to Costa Sunglasses

Closer to the angling realm. Don't expect a cheap summer getaway in these hotspots.

If you want to stay near these beaches, you’ll have to pay a pretty penny.

The most recent survey conducted by CheapHotels.org compared all U.S. beach destinations based on the average minimum price travelers will have to spend to stay during the month of August in the cheapest available double room. Only hotels or inns rated at least two stars and located close to the beach were included.

The most expensive beach town in the U.S., according to the survey, was Montauk, on New York's Long Island. The average nightly rate for the least expensive double room in a Montauk hotel was a whopping $312. But maybe that’s a small price to pay for such pristine sands.

Nantucket, Massachusetts, and Cannon Beach, Oregon, averaged out at overnight rates of $285 and $262, respectively.

On the West coast, Santa Monica, California, ranked the fourth most expensive overall in the country at a nightly rate of $261, followed by Coronado ($221) and Santa Barbara($209). California had the most cities in the top 10.

Other ritzy beaches on the list include Poipu, in Hawaii, and Kennebunkport, in Maine.

A full ranking of the top 10 is below:

If you’re headed to the beach before summer's end, be sure to bring the debit card.

Joe Bastardi, formerly of Accuweather, said Tuesday he fears Irma will hit the United States' east coast somewhere. We'll see. He says it is early, though.