When doing the stick-to-the-wall human Velcro trick, you should always ... Well, see if you can guess what is essential ...

This battle goes on until someone chokes.

No warlord warriors were hurt in the making of this scene. Oh, wait ... that's the next scene where none were hurt. Thursday, April 20, 2017: Don’t let any rain bumb your weekend. There will be fish -- so damn the moisture. Saturday should be an open window of dry-ish opportunity.

One not-good angle will be the summerish pop-up T-storms, especially tomorrow. These cells won’t be severe … but that’s sometimes bad. Infrequent boltage sometimes lowers one’s sense of concern. I can’t think of a worse position to be in with electricity in the air than atop the New South Jetty – holding a rod.  If I ever got caught out there in a thunderboomer, I swear I’d climb in-between the rocks so I wouldn’t be the highest point. Got a message, via Facebook, from a fellow who dined on black drum for the first time … and loved it. It was deep-fried fillets from a smaller fish. I believe I've had them blackened in Florida. I'm not sure since it was marketed as "Blackened Drumfish." There, it could have been local red drum or Louisiana black drum. When I later had fully identified redfish (red drum) it tasted different. Both were good but the red won out, though that might have been the chef's doing.

Crispy Fried Catch of the Day Then there's the BBQ version ... INGREDIENTS
6 (7 oz.) fillets of Louisiana black drum, skin and scales on, with pin bone removed
1 1/2 tsp. kosher salt
Scant 1 1/2 tsp. ground black pepper
Scant 1 1/2 tsp. red pepper flakes
4 garlic cloves, very thinly sliced
1/2 cup good quality extra-virgin olive oil
1 Tbsp. coarse sea salt
1/2 cup chopped Italian parsley
Two large lemons, halved
DIRECTIONS
1.) Rinse the fish fillets and pat them dry with paper towels. Place the fillets on a baking sheet season with the salt, pepper and red pepper flakes.
2.) Top the fillets with the sliced garlic and drizzle with half of the oil. Use your fingers to distribute the oil and seasonings evenly over fish, and then set the fish aside to marinate while you heat the grill.
3.) Fire up your grill to a medium-high setting. (If you are using charcoal, the coals should be mostly white.)
4.) Place the fillets scale side down on the hot grill.
5.) Cover the grill and cook the fish without moving for 7 to 10 minutes, until it is just cooked through; it will flake easily when tested with a paring knife. (You can also cook the fish “on the half-shell” on an oiled baking sheet in a 475°F oven for 6 to 8 minutes.)
6.) Using a metal spatula, transfer the fillets to serving plates and top with sea salt and parsley, a little extra olive oil, and lemon juice.

"Nothing can frighten me, the ferocious guardian of this entire house and master of all ... "

BEST GETS BIGGER: The Long Beach Island Surf Fishing Classic Committee is thinking bigger and better this year … and I’m lovin’ it.

The famed event will be extended to nine weeks, broken into three three-week segments. This boost widens the window of weigh-in opportunity -- meaning more time/chances to win a daily, weekly, segment or grand prize. No price increase.

Dates are set: Oct.7 through Dec. 10. Weigh-in times are based on open hours of participating shops. More on that as the big event approaches.

I’m highly in favor of this extension since I like to maintain fun competitive surf fishing for as much of fall as possible -- before the big winter chill sets in.

This nine-week format also adds an extra weekend for those who can only fish days starting with “S.”

Per usual, the Classic event will be loaded with cash and prizes. There is also special effort going into the 2017 Classic T-shirt, likely in Kelly green. There might even be some special T-shirt prizes and giveaways. Stay tuned for that.

There is already a push to get entrants to register early – and, hopefully, often, i.e. with spouses, kids, buddies … the whole gang shebang.

Below: Days when weigh-ins were done exclusively at the Chamber building. 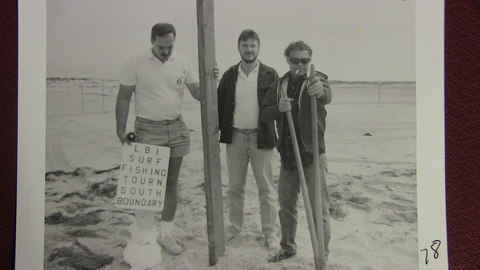 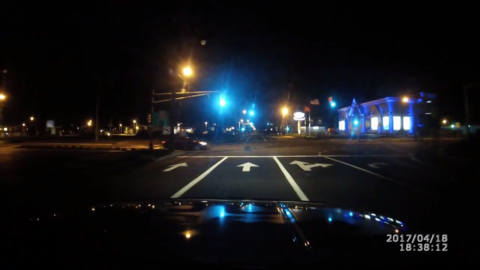 Below vid: Never let your driving guard down, even late at night, i.e. last night, leaving work. This incident, seen here in slo-mo, had the potential to be one of those lethal accidents, where just about the only two cars on the road collide; Central Ave. and outbound Causeway, Ship Bottom. It was closer than it looks; note the lines on the road to see I was only a couple truck’s lengths from impact. Luckily, I had hit my brakes early on, anticipating this numbnuts was going to blow the red light, circa 45 mph. Had I not alertly slowed ... T-boned … Curtains. The family lost some of its backwoods DNA when my aunt married Tommy ... seen here at a family gathering, as he marveled over a rifle ...

“On the road again, goin' places that I've never been, seein' things that I may never see again, and I can't wait to get on The Road again.”
— with Nick Honachefsky. 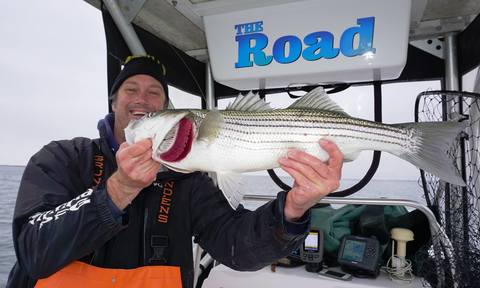 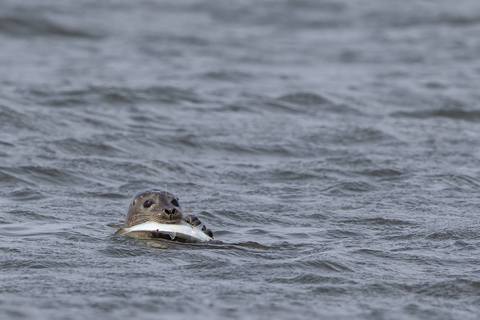 People may wonder why I am so passionate about being anti-balloon. On any given day, like yesterday, in a 2 mile stretch, my daughter retrieved 38 balloons from the beach. Now, maybe we can't all #skipthestraw , say if your jaw is wired shut or something and you're like, hey, I need that straw! Or maybe we can't all remember to bring our own mug to our favorite coffee joint (yes we can, just make a new habit silly) but can we please just all agree that balloons are pointless, particularly deadly, and completely pointless? They don't go to heaven to visit your dead loved ones, they don't make your team win  and they sure as heck don't biodegrade. ever. 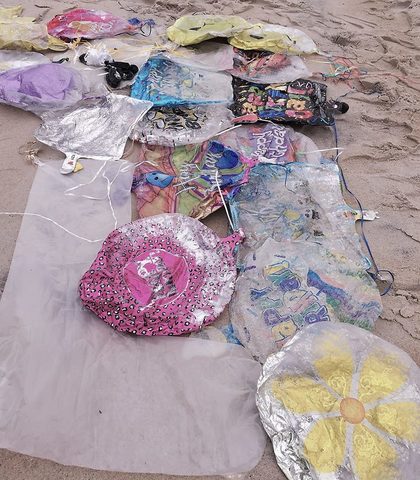 Neil deGrasse Tyson says that when people who deny science rise to power that is a recipe for a complete dismantling of our democracy.

In the video he titled "Science in America," Tyson comments on 21st-century attitudes toward science, explaining the importance of the scientific method and making the case that science denial could erode democracy.

"Dear Facebook Universe," he wrote. "I offer this four-minute video on 'Science in America' containing what may be the most important words I have ever spoken. As always, but especially these days, keep looking up." [2017 March for Science: What You Need to Know]

Tyson, who is the director of the Hayden Planetarium in New York City, the author of several books and a star of TV and radio, has been speaking for years against the troubling decline of basic science knowledge in America.

The video begins with a reminder that the United States rose up from a "backwoods country," as Tysoncalls it, to "one of the greatest nations the world has ever known," thanks to science. It was the United States that put humans on the moon and whose big thinkers created the personal computer and the internet.

"We pioneered industries," Tysonsaid. "Science is a fundamental part of the country that we are."

But in the 21st century, a disturbing trend took hold: "People have lost the ability to judge what is true and what is not," he said.

In a voice full of passion, Tyson said, "This is science," as images flash across the screen showing the world's great scientists from Albert Einstein to Jane Goodall, and scientific accomplishments, from ultrasound images of a fetus and robotic surgery to animations of solar flares and pictures of a swirling hurricane.

Tyson points to scientific issues that have become highly controversial: vaccinations, human-caused climate change, genetically modified foods, even evolution. One clip shows Vice President Mike Pence, then a congressman, saying, "Let us demand that educators around America teach evolution not as fact, but as theory." (Evolution is a scientific fact; so much so that the evidence supporting its occurrence is undeniable, according to the National Academy of Sciences.)

Tyson suggests that those who understand science the least are the people who are rising to power and denying it the loudest.

"That is a recipe for the complete dismantling of our informed democracy," he said.

In about 30 seconds, Tyson explains how hypothesis and experimentation, fundamental ingredients of the scientific method, lead to emergent truths. "The scientific method does it better than anything else we have ever done as human beings," he said.

Emergent scientific truths are true whether or not a person believes them, he said. "And the sooner you understand that, the faster we can get on with the political conversations about how to solve the problems that face us."

Every minute a person is in denial only delays the political solution, he said. Tyson wants voters and citizens to learn what science is and how it works to make more informed decisions.