Below: On Similar paths ... Another way to cruise LBI beaches ... I think it's legal. 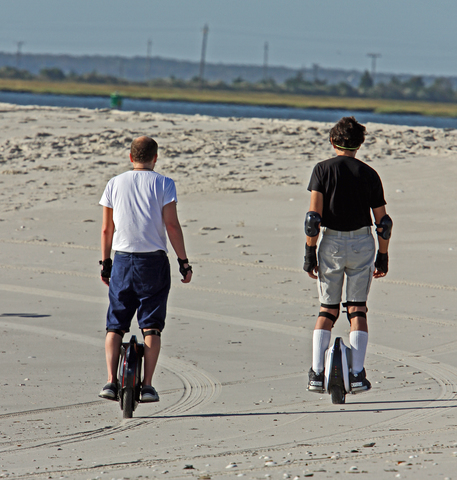 Below: Fun in the Holgate Rip; snapper blues galore. Sunday, September 24, 2017: Readying for a new swell, now that Jose’s waves have run their 10-day course. Yep, 10 days of swells from little old Cat 1/TS Joey-Boy. Many a waverider sends Jose a thanks.

As to Maria, she’s currently married to Jose’s course, at least from the Caribbean up to Hatteras. After that run, she won’t stand a prayer when coming up against a powerful high-pressure system over the entire northeast. One look at that high and she’ll turn straight eastward, hightailing it out to sea a goodly distance before possibly lollygagging at bit. She might even stay close enough to the Eastern Seaboard to generate waves for days on end – though not as long as Jose’s swell spree.

As with Jose, Maria’s skirt tails will swing far enough westward to swipe NC and possibly – only a 50 percent chance, at best – offer us some minor inclemency by midweek. Any swipe will show as inconsequential showers and windage, likely of a N or even a NNW angle.

Not this coming week but the following one, we’ll finally feel some somewhat typical autumnalness.  By that time, the 2017 Long Beach Island Surf Fishing Classic will be about to get under way – and all the LBI traffic signals will be on the blink, with the exception of those certain never- blinking lights in Ship Bottom. The traffic signal change takes place Monday Oct. 2 -- after the Sunday, October 1, 2017, (starts at 11a.m.) Chowder Cook-Off Classic.

For the umpteenth time, you really should already be signed the hell up for the 63rd Annual Classic, running from Oct. 7 - Dec. 10. The prizes are truly sweet – and varied. By that I mean, all you need to do is catch a weighable fish on any given Classic day and you might win big, based on assorted daily “special” prizes. There is likely no other East Coast – maybe national -- surfcasting event with such a gracious prize schedule, reachable by anyone willing to toss a line into any water around LBI.

Below: This juvie striper was taken along the Holgate front beach, in a trough. It went for a small jig. Proves they're out there.

Below: (Yesterday) Yet another raging black fly (stable fly) day in Holgate. While the long pants theory, as a way to protect leg bites, works to some extent, long pants are like waving  a "Flies Welcome!" flag. They'll attract every biter within a wide area. Once riding on pant legs, these energetic buggers routinely fly off to find the nearest open skin area -- which is quite near the pant legs, i.e. pant-wearers ares, neck, face. Face it, one would have to take on the Lawrence of Arabia full-body robe look ... and then spray the small eye slit opening with repellent. In this day and age, I might advise against strolling the beach looking like an working Afghani militant. You'd have a lot more than flies yo worry about. 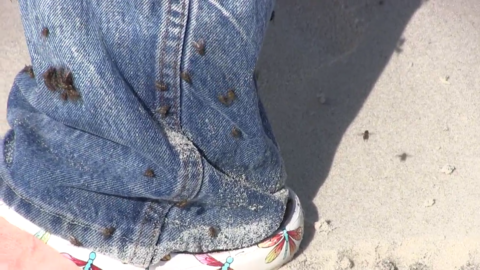 Rough ride getting to our back cut ... using the word "our" sarcastically. While most of these boat people were cool, a few were having no part of a buggyist daring to impinge on "their" new beach. Whatever. They seemed to be having fun.  Besides, time and temperatures are greatly stacked against them carrying on thereabouts for very much longer.

It was shaky hard to video tape while still keeping both hands relatively on the wheel. I was going less than walking speed, as can be seen. 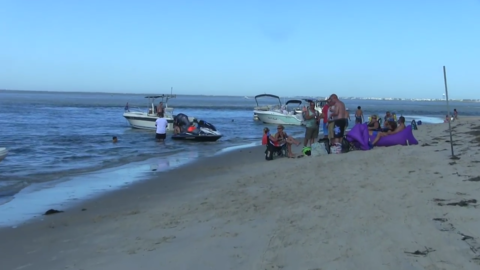 can't wait to wrestle wit a few of these this winter !

I can catch albies anytime in Charleston... There is just something special about getting them in the fall on Long Island Sound. It was tough going early, but we kept moving till we found some that were less picky and ended up hammering them. 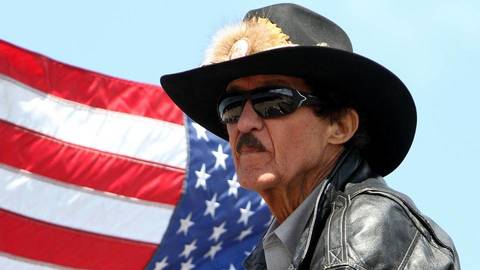 Unlike their NFL and NBA executive counterparts, NASCAR Monster Energy Cup Series team owners did not support those within their organization to protest during the national anthem before Sunday's race at New Hampshire Motor Speedway.

Richard Childress team owner of drivers Ryan Newman, Austin Dillon and Paul Menard and longtime car owner of Dale Earnhardt, said any protest of the anthem will "get you a ride on a Greyhound bus.”

"Anybody that works for me should respect the country we live in. So many people gave their lives for it. This is America," Childress, a NASCAR Hall of Famer said, via the Associated Press.

President Donald Trump's controversial remarks Friday, calling national anthem protesters in the NFL "sons of b—" and saying they should be "fired," have sparked anger among NBA and NFL players this weekend. Trump said Sunday that standing with locked arms during the anthem is fine but kneeling is not acceptable.

Hall of Fame driver Richard Petty and current team owner of the No. 43 Cup Series team of Aric Almirola agrees with Trump.

“Anybody that don’t stand up for the anthem oughta be out of the country. Period. What got ’em where they’re at? The United States," Petty said, adding that any protester within his organization would be fired.

Veteran motorsports owner Chip Ganassi said he agreed with “Mike Tomlin’s answer,” to the anthem controversy. The Steelers coach stood on the field Sunday in Chicago as the majority of his players and staff remained in the locker room.

Below: Use "Zoom in" button to increase copy size.