Here's a video of the back-cut activity (Saturday).

Can you pick out the ONE legally licensed clammer? 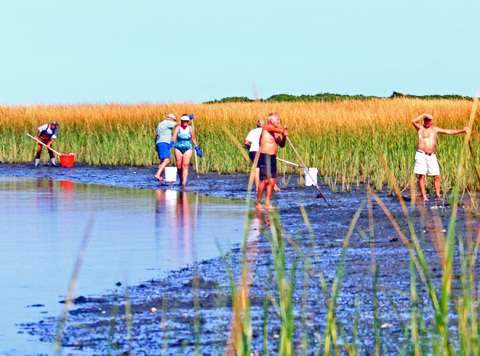 Sunday, September 18, 2016: I’m not sure what the term picture-perfect means since I’ve seen some ugly-ass pictures but using it to mean sweet as sunshine that's what this weekend has been. Need I bring up the worn-by-over-use “Better in September” to tritely add an element of classism to the weekend? I stopped by a few beaches and it was edging toward ideal, short of some bad bathing news in the surf. There were as many as four full-blown surf recue call-out made to emergency response groups. I’m not sure any resulted in hospitalization. I’ll get more on that at work tomorrow.

The ocean temp is offering no shock value at all to taking a dip. By that I mean there is nary a momentary brrrr when first entering. I didn’t have my thermometer yesterday but I have to guess mid-70s. Who knows how warm the tidal pool is at the entrance to Holgate.

Speaking of that pool, I've seen some younger kids swimming in there unattended. I'm not talking toddlers but young enough to do just what I saw them doing: challenging each other to swim across. Hey, it's great fun ... but there wasn't a grown up in near-sight. I just worry about that s***. No, I don't want the town to ban going in it! As I said, it looks like fun! Some folks are learning to stand-up paddleboard in there. Cool. I even saw a Venetian explorer in there, going "I'm Marco Polo" ("Sono Marco Polo.") I know it's a dumb commercial but it cracks me up, especially how serious the Marco Polo guy is standing in the swimming pool. 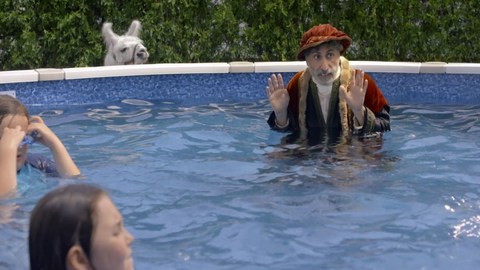 WHAT'S HOOKIN': I have to return to tales of copious blowfish … again. Not only are they still in Barnegat Bay but one boat of a church friend scored over 70 of them … in the same area as he scored 50 last week. As I’ve been repeating, this almost too-mild weather is likely sending mixed migratory messages to the puffers.

Another report: "Got about 20 blowfish in less than an hour right inside the inlet at the start of the outgoing tide." Michael Dringus "

Porgies ... Got some yesterday as well with dozens of short sea bass --
all about 5 to 9 inches. On the other panfish hand, the kingfish showing, which had been stellar on the north end, has faded rapidly. A couple/few smaller kingies were being caught along the south end, but nothing like what was expected in the wake of those near five-gallon bucket-filling surf session in Harvey Cedars last week. The kingfish might show a bit more today (Sunday) with this somewhat calming ocean. It is a lot easier besting kingies when the surf isn’t riled.

I nickname them kingies because the term "kings" is sorta reserved for a far more serious gamefish, king mackerel. 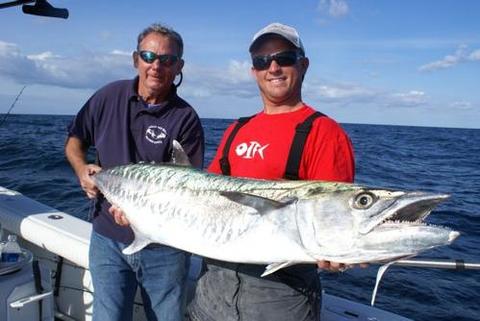 Then there's the sweet kingfish ... (much better tasting) 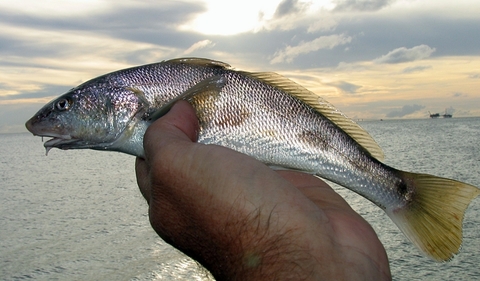 Surf fluke are showing like crazy – and nary a take-home in the lot. There was a four-pounder and five-pounder caught in the suds recently, but I’m hearing almost exclusively about the slew of shorts being taken, north to south. Prime fluke baits include the fillets off the large mullet now being taken. Fake-o baits on jigs are also working their magic when it comes to total numbers of fluke taken. 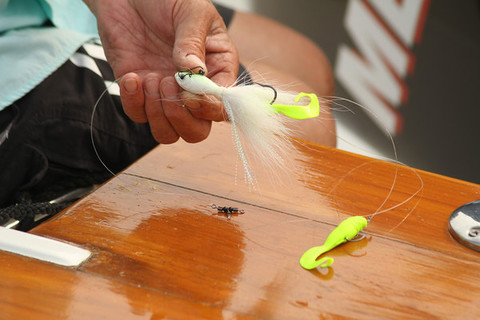 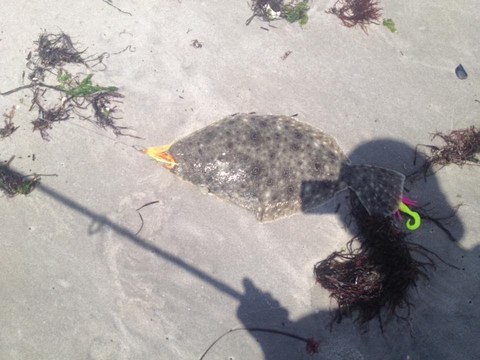 I saw a 16-inch Holgate fluke taken on a hardhead minnow, technically a striped killifish (seldom used name). Speaking of which, there are some unusually large schools of hardheads lulling about in the extreme shallows. Yes, lulling. They’re certainly not the speedsters of the minnow realm. 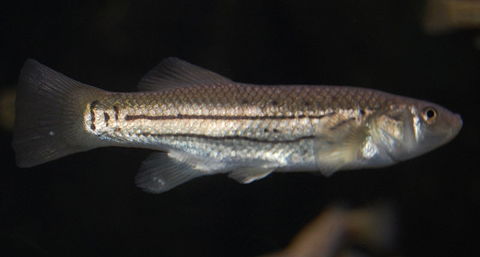 There is a long-standing debate about whether or not hardheads are good bait. The consensus is more than obvious, since you virtually never seen them being used, even when there is no other live bait around – and plentiful hardheads can be caught with just a simple scoop net.

Female hardheads can grow to over six inches, which qualifies then as livelining material … and they're hearty as hell to boot. Still, no anglers take them for a swim. Just for kicks, I’m gonna live-line some mungo hardheads this week; just to see. If even blues turn them down, you know they must be rank in some unseen way.

I should mention that many of us have seen hungry gulls ignore hardheads, even when they’re dumped floppin’ fresh on the beach after accidentally being netted. Just as weird, last week I watched some wading birds working a tidal pool, chasing the forage fish trapped within. Damn if those birds didn’t nab every spearing and rainfish while not so much as touching the far slower – and way more plentiful -- tiny hardheads. Hmmm.

The mullet run remains noncommittal. There are long pauses in the schools. When they do show, it’s nothing to shout about. They are also jumbo-sized. Not good for mullet-rigs. They’re best fished as chunks -- or, filleted, with the two matching fillets fished together, making something like a mullet meat sandwich.

Do not try to jam an overlarge mullet on a mullet rig, so it forms a “U” or “J” shape. Even blues look at that contorted mullet and sense something is not quite right. They pass on it.

The entry forms for the Long Beach Island Surf Fishing Classic are in participating shops. Sign up early.

Holgate drive-on and drive down to the end is generally easy at low tide; trickier during rising and dropping tides. The Holgate parking lot, on the other hand, has been borderline insane. I don’t remember it ever being this crazily crowded, even on weekdays. You literally have to drive through the parking lot at a crawl, to make sure pedestrian don’t step out or vehicles back out of parking stalls. The newer and harder ramp onto the beach is not as problematic with walkers as it used to be. When getting off the ramp, choose and follow the existing tracks for the easiest route onto the beach.