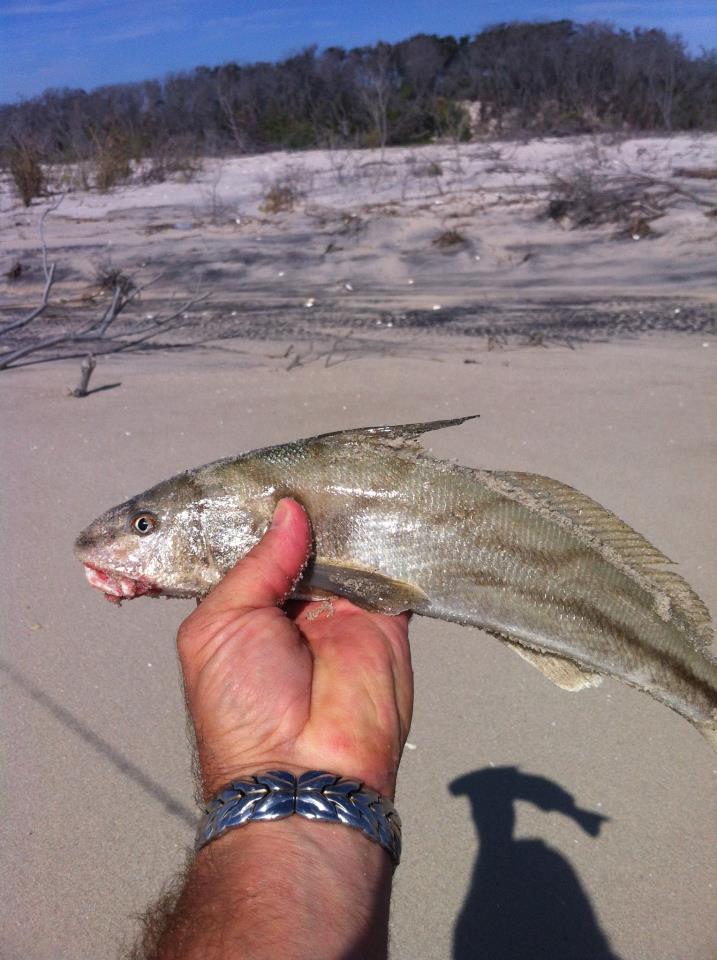 Sunday, September 16, 2012; midday: If there’s a long-term rating system for the best of Septembers – if not, I’m officially beginning one now – the current version is going to win hands down.

I’ll cross sports here a bit by noting the waveriding realm is luxuriating in today’s surfing conditions, as a 3- to 5-foot long-period winds swell is mixing with immaculate water and 72-degree warmth. Jim Mahoney photo : A surfer taking advantage of the this morning's glassy ocean and nice waves. — at  Holgate. 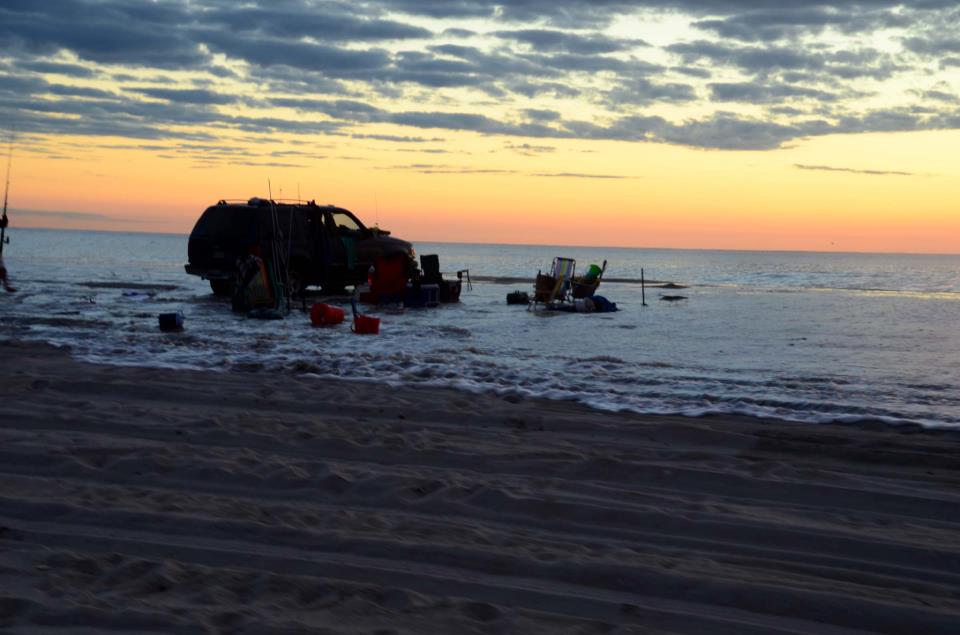 At 12:45 today, water rescue is underway on 8th Street, Surf City, for a couple swimmers in distress. The rip currented swimmers are 50 yards out and still being pulled seaward. A surfers has gone out to assist. Per dispatch: "Subjects are hanging onto the surfboard." I believe there is also a similar rescue underway in Holgate. Police scanner is hot and heavy. Hint: Better know your stuff if you go into the ocean today.


Surfcasters are often the first to notice problems like this. Go with 9-11 UNLESS you know the direct line to local police departments. In those cases, that's the fastest way to get help rolling. I keep a laminated sheet with all the local PD numbers. Also, I keep all PDs # stored in my cellphone.

In the same swell vein, the surfcasting crew has some serious shore pound to contend with. The further north you get on LBI the larger the waves.  It’s not nearly enough to damage surfcasting efforts. It just requires slightly heavier sinkers, up to 4 ounces at high tide. Makes it a tad tougher to fish for panfish.

A few bass have swum on-scene. Nothing large in the surf but the boat fishing for stripers is getting a bit more interesting, including a 40-pound model caught on live spot.

Bluefishing is hot when they're around but there's no knowing when the schools will show, unless you're near the inlets where blues are fairly frequent.

Per usual, some huge stargazers are showing. I don't know if it's just me (since I'm usually catching all resident stargazer when everyone else is nailing bass) but every year these once-rare, all-mouth monsters get bigger and bigger.

A gal named Eleanor sent me a cellphone picture of a jumbo-sized BBQ grill absolutely weighed down with kingfish, blowfish and fluke meat. She had a bit of foil under the fluke. Amazing meal. That fish was all caught during Friday and Saturday fishing sessions.  Sorry I didn’t make it Ellie. I didn’t check emails until late.

Make sure to check out Jim. V’s blogs and pics from his trip to Holgate. http://exit63.wordpress.com/

Tip: It’s often tough to cook spaghetti over a campfire. 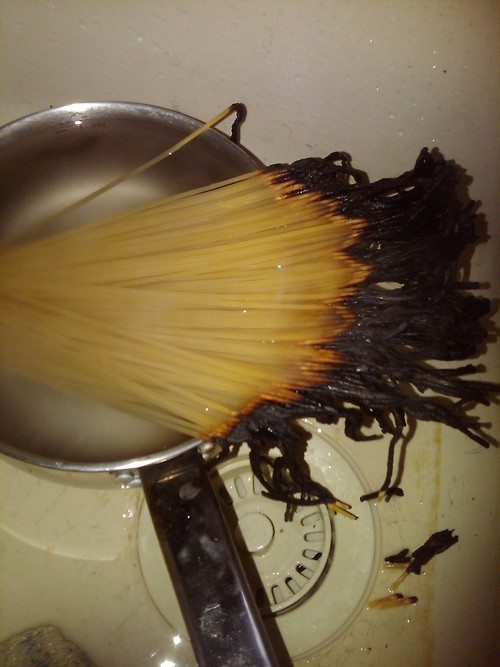 Got home yesterday to find a crudely wrapped manila package at my front door. Using my explosives detecting devices (I sniffed it), I felt it was safe. Opening it, I found 21 gorgeous vintage plugs – many barley used. A few were rare-ish since they were freshwater-ish shapes but with factory-placed saltwater hooks. The source of this gift is either the famed good plug fairy or the cast-off from someone I know returning from “garage sale” sailing. From years of auctioning, I have quite a few non-fishing folks keeping an eye opening for angling stuff when out “junking.” Let me know what I own ya.

Below: I’m kinda into this paranormalish stuff. A memorial was being held for a young girl that passed five years ago. During the memorial, a wild doe walked up and did this.

"Not much has changed since my last report.  Barnegat Bay still has plenty of weakfish, panfish and even more baitfish on the move.  One slight change, other than the water temperature dropping, is the addition of “spike” weaks.  Mixed in with the quality sized weakfish are many fish below the legal length of 13”.   With lots of weakfish in the bay and baitfish in the form of mullet and peanut bunker on the move, spots, and rainfish, the stage is set for a truly amazing fall run in the back bay.  Mid-week I had Bud and “Hottie” back out grass shrimping a magic hours trip boating several nice weaks and some spikes.  In the mix were some feisty 2-3 pound blues.  Saturday morning I flew solo and quickly boated 10 weaks in the 18 – 20” range on live peanut bunker.  As the water temperature drops and the fish start to fatten up my methods will change to match conditions.  I will no longer be chumming shrimp but make the switch to plastics, live peanut bunker, and worms which will lead to some fast pace action.  My bait pens are almost maxed out with spots and I am filling in the last few open dates for the fall bass / bluefish run.  I will continue chasing weaks in the back until they leave or the bass start chewing.  Even with that, I may split trips between bass and weakfish.  Whether you are looking to fish the inlet / back bay or ocean run n gun jigging this fall give me a call.