Yet another use for a cat I didn't think of ...

Sunday, September 13, 2015: Kind of a lost day. Couldn’t get motivated to hit Holgate after seeing west winds, which all too rapidly blow in those wicked greenheads. I’m no wimp but those bitches bite me to the bone – then have me scratching out scar-worthy skin gouges, as if I’m somehow getting even with them through self-desecration. 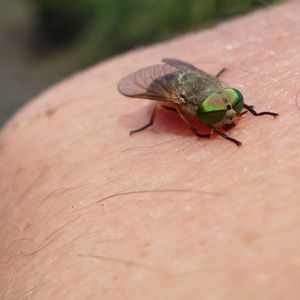 Below: Guess what comes next? 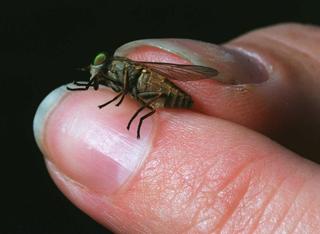 I am appreciating the chill in the air this evening, though it will be short and sweet. We could even be seeing near-record heat as the week moves onward.

Anybody have surf fishing reports from replenished beaches? I'll be heading there as soon as the LBT front beaches open ... to find out for myself. But that's still a times off.

I know some folks are loving the sand dollars they're finding but I'm not about that until, maybe, January or so. Any pieces of eight being found, make sure to contact me via secret messenger service. Largest cache of pieces of eight I've ever seen was found down near Bass River, during a dredge project. I was called in by an oldtimer to confirm his find. "Yep, them-there are pieces of eight." He gave me an old-man handful for my trouble. I gave most of  them away. I often show plugs and jigs made by Facebook folks. Now I'm getting a slew of folks asking where they can buy them. All I can say is I always put the name of the designers with the photos. Place the name in Facebook and seek them out.

The Holgate beachfront is a lot easier to drive since the rains. Also, folks are wising up to  staying inside the main tracks. There are some speeders out there ... and dead gulls as proof. There's no certainty as to whether permitted or unpermitted drivers are doing the squashing ... and the gulls sure aren't telling.

Here’s a look at Miss Beach Haven hurrying in right before the rains.

HANDHELDS TO THE RESCUE: As many boat anglers abandon their seasonal fishing vessels and take to surfcasting, their ocean vigilance doesn’t end. Even when fishing from land, they tend to keep a knowledgeable eye on the water. Watching vessels is a habit that doesn’t quit when on land – nor should it.

Buttressing the brotherhood of boaters is an obligation to have the backs of other mariners, even if you’re a mariner on the beach.

Below: The one I keep close at hand, a Uniden Atlantis. 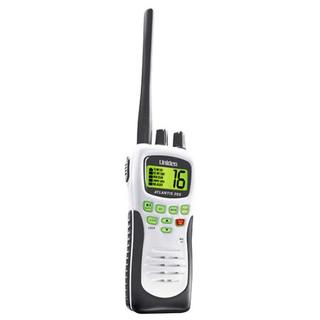 This is a lead-in to radio readiness.

On Sunday, I called the US Coast Guard and chatted about handheld VHF marine radios. Obviously, these highly-compacted communication devices are meant for on-water communications and, most importantly, emergency communications with the Coast Guard and towing services. However, in the hands of knowledgeable users, handheld VHF radios can be called into emergency service by surfside anglers, many of whom know how to both spot vessels in trouble and how to relay information to emergency personnel, primarily the USCG.

The USCG rep I chatted with said it makes a lot of sense for a surfcaster to keep a handheld at the ready should trouble be seen out at sea – or even inside the bay.

While cellphones are the new go-to devices, in wet conditions -- or when anglers are wade-fishing on sandbars -- delicate cells are far from an all-weather emergency device. Up steps handheld marine radios, most of which are water resistant if not waterproof. 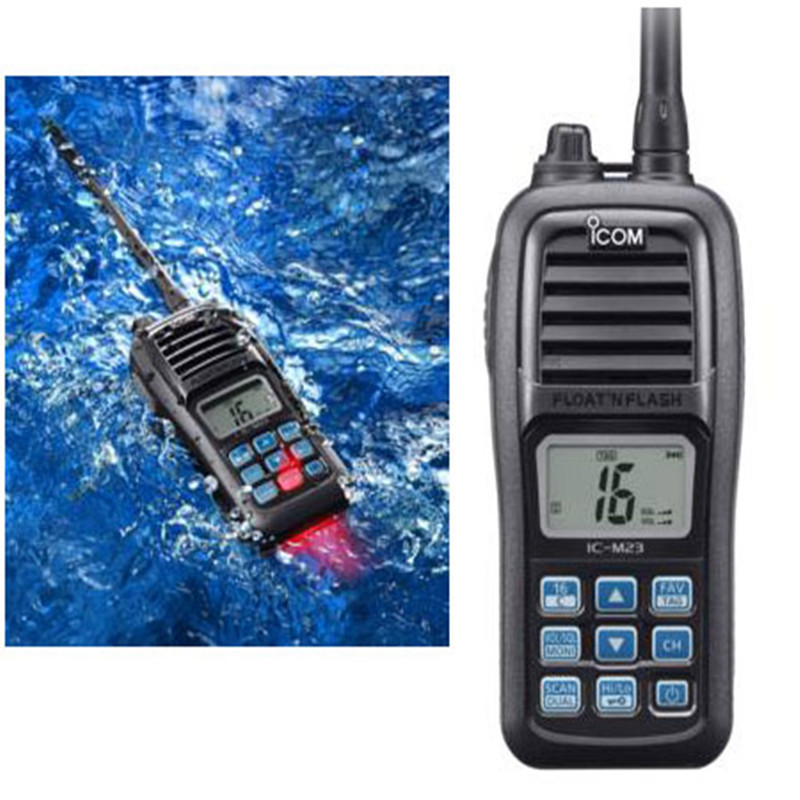 I got thinking on this subject after seeing more than a few nasty boat accidents/incidents in and around LEI, a waterway that can sometimes be far enough off the beaten boat paths to where we surfcasters are the first ones to see trouble afloat, most dramatically a burning or sinking vessel – both of which I’ve seen while surfcasting.

If I’m in my truck and see things rapidly going south for, say, a sailboat in the inlet, I can always hunt down my cellphone, and, once I tensely sort through stored numbers to find the Coast Guard, eventually get through by phone. It can get slow.

Not only does a handheld VHF radio get me the USCG at the press of a red Ch. 16 button, but it also alerts other vessels in the area, an advantage a cellphone doesn’t offer. More often than not, nearby vessels – particularly tow boat services – are first to reach vessels in dire distress. 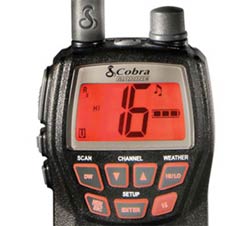 On the rarest occasion, a surfcaster’s handheld VHF radio might pick up a Mayday call not quite reaching the Coast Guard. While that would be rare around LEI, due to a powerful communication tower in Beach Haven, a vessel rapidly going down can experiences a flood of communication malfunctions, possibly rendering a Mayday transmission very weak.

Vital: If your handheld pick up a distress message from a vessel -- and it is not answered -- then you must answer the call and take down all information.

(Please don’t give me that crap, “Oh, it all sounds too hard.” How would you like to be going down and someone who can save all the lives on board your vessel just doesn’t want to take on the responsibility of passing on the Mayday information?)

Passing emergency information to the USCG is called a Mayday relay. In that instance, being a boater you should have a decent command of how Mayday data is transmitted – and how to pass it on correctly. 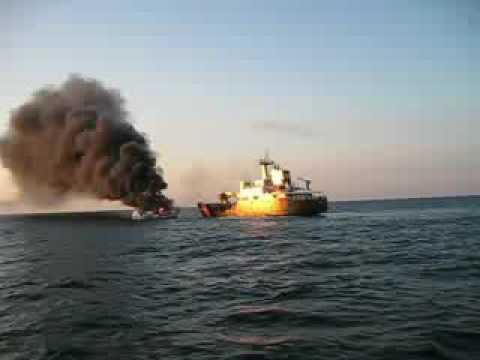 According to the Coast Guard, a vital service a surfcaster can offer over a handheld marine radio is having eyes on the situation; being able to pass on real-time details essential to a rescue.

Here are a few key details about a vessel in distress that might be seen, and passed on, by a surfcaster:

2)   Location: Since you’re on land, use verbal descriptions, i.e. “About a quarter mile outside the Little Egg Inlet north cut,” or, “Just off the tip of Holgate, to the southeast, maybe a quarter of a mile.”  Also, offer estimated distances from a well-known landmark, such as a navigational aid or small island, i.e. any terms that will assist a responding vessels or aircraft.

3)   Situational information on vessel, such as size, speed of sinkage, degree of burning, or, importantly, any drift.

4)   If possible – and with the help of binoculars -- offer any knowledge of number of souls on-board or on a life raft. Also, it can help the Coast Guard to know the vessel’s name.

Do not use Ch. 16 just for flares seen in the sky. That’s just as well conveyed via a cellphone call to either USCG or 911.

It should be noted this is not carte blanche for the land-use of marine radios. In fact, using marine radios for everyday land-to-land communication purposes is illegal – and a danger to all mariners. 
Eating a lot of fish may help curb the risk of depression in both men and women, reveals a pooled analysis of the available evidence.


After pooling all the European data together, a significant association emerged between those eating the most fish and a 17 percent reduction in depression risk compared with those eating the least.


When the researchers looked specifically at gender, they found a slightly stronger association between high fish consumption and lowered depression risk in men (20 percent).


Among women, the associated reduction in depression risk was 16 percent.


"Higher fish consumption may be beneficial in the primary prevention of depression. Future studies are needed to further investigate whether this association varies according to the type of fish," the authors noted in a paper which appeared online in the Journal of Epidemiology & Community Health. 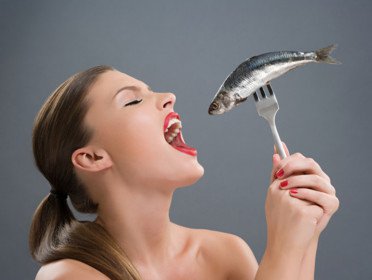 Several previous studies have looked at the possible role of dietary factors in modifying depression risk, but the findings have been inconsistent and inconclusive.


The researchers pooled the data from relevant studies published between 2001 and 2014 to assess the strength of the evidence on the link between fish consumption and depression risk.


After trawling research databases, they found 101 suitable articles, of which 16 were eligible for inclusion in the analysis. These 16 articles included 26 studies, involving 150,278 participants.


"The high-quality protein, vitamins, and minerals found in fish may help stave off depression while eating a lot of fish may be an indicator of a healthy and more nutritious diet," the researchers suggested.


Depression affects an estimated 350 million people worldwide, and is projected to become the second leading cause of ill health by 2020. 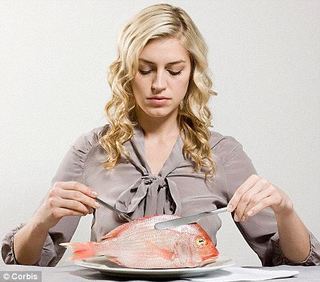