Sunday, September 04, 2016: Most beaches are holding up very well, as beachline wave sizes have dropped down to 6 to 8 feet. For some, like these lifeguards, it’s ideal bodysurfing conditions. Video: http://www.youtube.com/watch?v=E99DPe8rNGw&feature=youtu.be

Former Hurricane Hermine has taken a travel track inching it further out to sea -- it’s “trending east,” using the latest techno talk in the industry. The Euro-models were the first to pick up that trend.

There could still be what amounts to a wrap-around effect, as the storm intensifies, though it will do so further out than many folks thought.

Hey, it has always been – and always will be – a crap shoot when forecasting hurricanes and related cyclones, even nor’easters.

One thing I noticed last night was the lack of any winter-storm characteristics adding to the storm's lifestyle. I was looking for any rapid intensification once off the Delmarva. It didn't happen. That said, it is still slowly intensifying as it lollygags right off our coast. Tomorrow will likely be the worst of the wind days, though it will still be below that 50 mph level where I begin to worry. I'm not sure we got anywhere near that to this point.

Moisture-wise, I saw from the get-go that Hermine had loosed its rain load over land, down south, leaving virtually no initial burst of rainfall for us. However, it is now sucking up some Atlantic moisture. Short of the storm doing an about-face and heading back to shore, that moisture won’t inundate us, even though we could use a few inches in the Pines, badly. Possibly a few showers tomorrow, though this is what might be called a dang-sunny tropical storm.

I won’t get into the media over-hype of the storm since that will never change. Approaching storms produce a literal adrenaline rush that goes to the heads of many folks. Overall, warnings and such are usually done in the name of safety and a abiding concern for public welfare. My only fear is the crying wolf effect, whereby a truly lethal storm in the future will be related to the high-profile near-misses -- and jaded folks won’t commence to running away in a timely fashion.

While I approach storms with far less fanfare and foreboding than most folks, I constantly have advanced antennas out for anything that even resembles a “big one.” Despite my past history of staying put on LBI, I’m actually as ready as the next guy to head for the hills -- say, the 187-foot Forked River Mountain -- when a truly unforgiving storm might be in the offing.

Back to the subject of beaches, we still have 36 to 48 hours of side-ass winds to contend with, some gusting to 35 mph. The winds have more north than the first batch of gusts, which lessens erosion. Still, each successive high ride will overwash to a new highwater mark. As noted, many/most beach zones of LBI still have loads of beach to work with before dunes are reached.

Someone explain to me how last-week’s not-that-large swell and light winds led to ocean water overwashing of beaches that was worse than this current full-blown system? Weird.

Holgate’s replenished southern zone is getting hard hit, as was fully expected. The Wooden Jetty area (parking lot) was not allowed to be filled in with replen sand as planned, due to piping plover. The upside is the return of that famed groin for waveriding. Methinks it might not stay exposed all that long, once the ACE sees the erosion thereabouts.

With virtually no rain to deal with, I think the bay could be fishable the minute the winds allow, though it will be jacked up a bit due to stacked tides. Nonetheless, fluking should be quick to return – as the 2016 season’s days drain away.

Totally shifting gears, the Gov’s stop-order on DOT projects is apparently putting the Double Creek Channel dredge on hold. Work was supposed to begin next month. I still need to check into a number of issues involved with that dredging. I’ll keep you posted.

In some cases it's damn near impossible to just smile through the pain ... 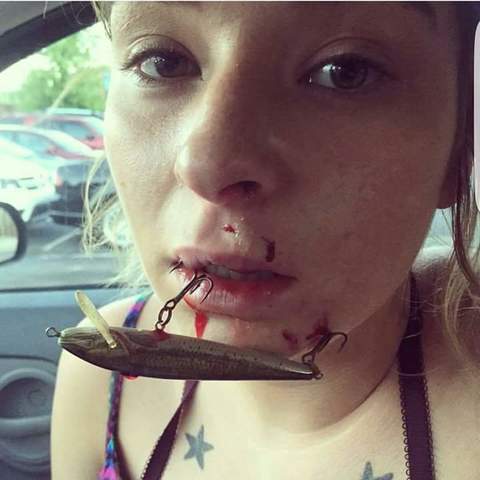