Sunday, October 14, 2018: Just did a bit of a beachfront drive and there are a slew of surfcasters out there 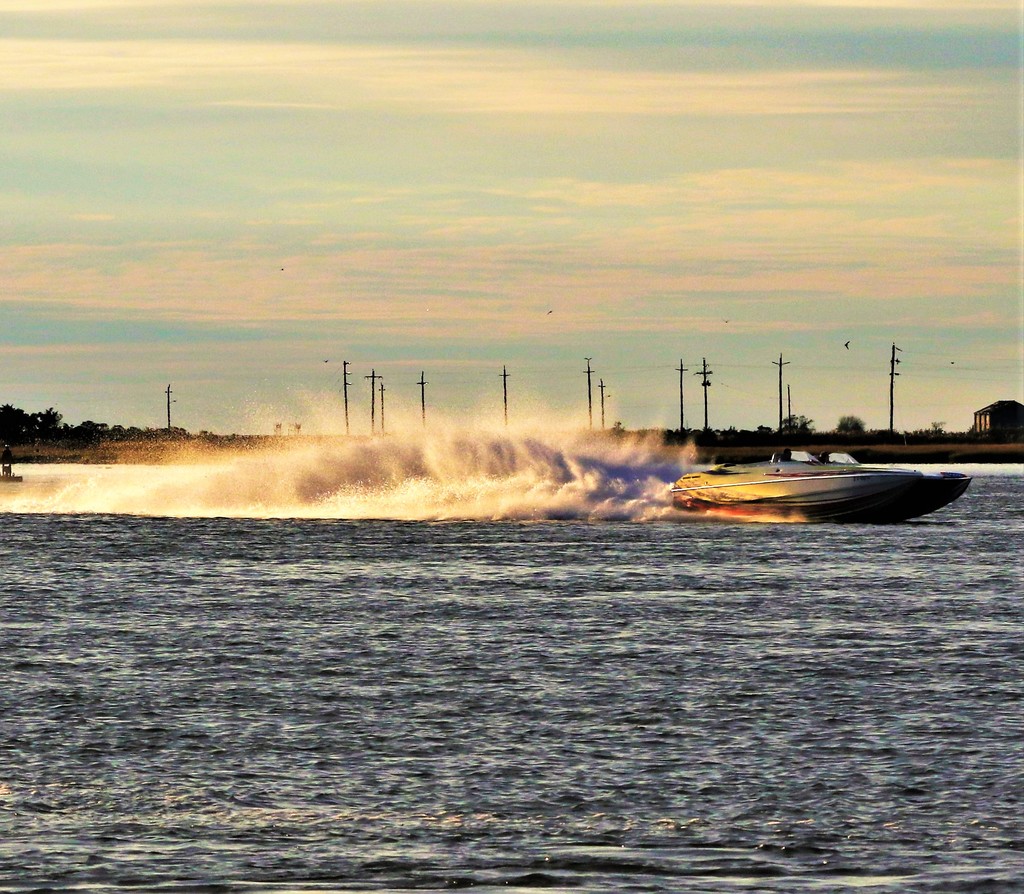 Sunday, October 14, 2018: Just did a bit of a beachfront drive and there are a slew of surfcasters out there, at least compared to recent years. Admittedly, a couple decades back it was so packed it got testy eking out an open casting place anywhere near a jetty/groin. Those angry groin days are not so common nowadays, though there are still some places with groins standing out despite the replenishments.

As to hooking, it’s mainly so-called trashfish (dogs, skates) and incessant tiny bluefish. In fact, we’re back to snapper blues under 10 inches, but still able to pack-tear apart any bait. I got a snapper on a medium-sized plug that wasn’t much larger than the plug itself.

How to prepare skate: https://cooking.nytimes.com/recipes/9719-pan-fried-skate-wings-with...

Now to the upbeatness, thanks to the thermometer’s downbeatness. This chilly air, albeit far from cold, might be enough to slowly spark a striper bite. It must be noted that the ocean responds to chilly air at a sub-crawl pace. It’s the bay that plummets at the slightest mercury drop, though outgoing bay water yesterday was still above 70.

The west winds will finally show their low-tide blowout effects. It has taken longer than thought for the bottom to fall out of the tides due to what was a somewhat odd coastal-wide rise in the ocean. Even before Michael moved offshore, the tides were very pushy. When egged on by the former 'cane, the rise caused the aforementioned washovers in Holgate.

Speaking of the south end, buggies take heed: The sands from the parking area to the end have areas of sheer sinkiness, even for better 4WD vehicles. We had a Ford SUV got hopelessly bogged down toward the end. Tow truck was needed and even then, it took a helluva winching effort to extract the sinkage sufferer. I don’t want to hear what that must have cost. Buggywise, the front beaches are looking sound and safely driveable, though it’s still best to maximize deflation, down to 20 psi-ish levels.

I helped dig out a sweet upper-end SUV, German in nature.  The male driver (with wife), though new to the buggying scene, had the astoundingly good sense to stop before he buried it down to the chassis. It, therefore, didn’t take much to free it, though the driver seemed a tad sheepish when I asked if he had taken enough air out of the tires (no), had a shovel (no), had a compressor (yes … but back at home). That said, he did have a permit, so he got the full helping-hand treatment from me. Nice folks. On the coolness side, he had dashboard tire psi indicators that were totally spot on with my handheld gauge; I’m talking accurate to the fraction of a pound. Boy, would they be nice on 4WD trucks used for beaching.

Walt P. report: Worked the inlet side of north jetty on the outgoing tide with not a touch. Worked the outside when the tide changed and caught five blackfish. The last one was my take home fish weighing about 5 lbs.

Saw some boats about a mile north along IBSP. Bunker bunker everywhere and not one fish agitated and edgy.

Tried about 10 different pods with no results. It was a beautiful morning out on the water. Ocean away from the inlet was 68.

I got a couple reports of a beachfront-cruising adult eagle on LBI. It has been landing on homes and pole tops. I wonder if that's the same America's Bird that came around this time last year ... ending up on the Comcast antenna in Spray Beach. 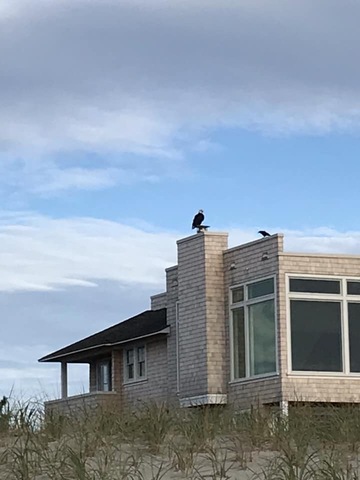 I call this "educational art," for kids to take in. Jonathan Law did the fine framing. No horseshoe crabs were hurt in this effort. These are all sheds/molts. They are surprisingly strong, thanks to natural chitin ... and some museum-grade acrylic fixative. 30" x 24"