Sunday, October 07, 2018: I sure wouldn’t call this the greatest of weekends ... on Saffir/Sunshine Scale

Is it times to introduce some striped bass that have a real bad attitude?

Thanks to many folks for having my back ...

Why it's not good to mess with gal anglers ...

Leader of "Largest fish stolen by a marine mammal" category ...

Yet another reason to always take down your deer stand at the end of hunting season ...

Sunday, October 07, 2018: I sure wouldn’t call this the greatest of weekends ... on Saffir/Sunshine Scale. Big waves from distant disturbances along with a very aggravating windblown mist made for damp fishing sessions, though I saw a goodly number of boat anglers working the bay, south end area. Surfcasting had the look and feel of fall fishing with just one component missing. I’ll let you guess at what was generally AWOL. I did hear of what would have been a tourney-worthy striper taken on the north end by a nonparticipant. It wasn’t huge … but still. Don’t let that be you. Sign up, ASAP.

As is typical after seasons close, some very nice fluke are being caught on mullet baits.

RE-SEES: On a nature note, actually more of a re-note, I got word of further spottings of the local brown shark plying the Rip waters, seeming hot on the tails of mullet. The latest surface showing came yesterday, toward the west end of the Rip area. As in prior spottings, the shark was readily showing a load of dorsal fin above water.  I was asked if there’s any chance it might also be going after the tons of diving shore birds hitting the water’s surface. Hmmm.

On a terra firma note, a few years back I had glanced the largest coyote I had ever seen. It ran cross the old dusty Tuckerton Rail Road right-of-way, Eagleswood area. After my glance, I soon got word of similar sightings, as far north as Manahawkin. It seemed to frequent that relic railroad bed area east of Route 9.

Photo: This is close to the look I saw -- and also the look described by other folks.

As I had written after some research, it was very likely a coywolf, coyote/wolf combo creature what can reach German Shepard size. A documented population of these hefty hybrids has been draining down our way from Canada, likely via New York State’s wilderness areas. After that rash of sightings, things went quiet … until last week. Norm C. and a buddy saw either the same huge coyote or a spittin’ image in the same Eagleswood area, though west of Route 9. It hung at the edge of a clearing for quite some time, though Norm’s effort to get a cellphone shot was foiled by an arriving vehicle that spooked off the animal.

I’ve been pondering what sustenance a canine of that size would need. Logic dictates it could nicely fill on roadkill deer, of which our area of Route 9 might hold the state record for hits. Still, there have been no sightings around carcasses. Of course, coyotes and wolves are so stealthy they make foxes look like klutzes. I have found big DOA deer dragged back into the woods – and obviously fed upon. It would take a huge animal to drag such a dead weight. That said, struck deer often struggle into the nearby underbrush before giving up the ghost. 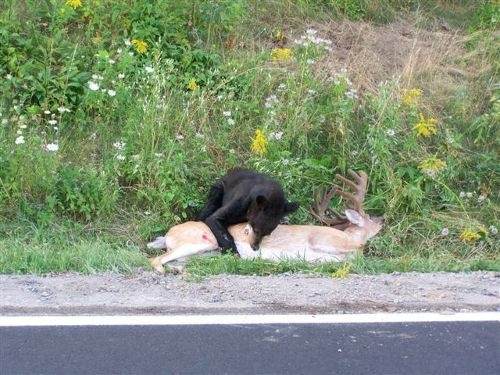 Below: Possibly down Mullica way. (The gator seen down Devonshire way was surely an escaped or outgrown pet) ...

I’m now hellbent on setting up trail cams in those coywolf haunts.  I might need to, let’s say, spice up the area. If you see me hauling a disgustingly dead deer down the road. I’m not serious! I’ll simply place the cams right where the deer bit the dust.

This is where I set up my trail cam when looking for bear -- based on the old saying ... 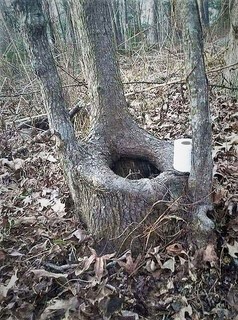 REPORT: Back to Holgate, the bluefish were everywhere … in a small way. Despite their ravenously hitting my larger surface plugs, they were too still too small for my smoking/drying needs. Of course, the smaller they are the cleaner. Maybe I’ll rethink how small I’ll go.

I was told by Tony. C. that those small stripers are becoming more common, as might be expected with the arrival of clouds of rainfish (bay anchovies) and spearing. Yesterday, my 3/8” cast net mesh was fouling dozens of rainfish, meaning the water is utterly alive with them.

As I recently suggested, I think that mullet are too fast and elusive to make them unworthy of the energy outlay needed by gamefish to catch them. Rainfish and spearing on the other hand. 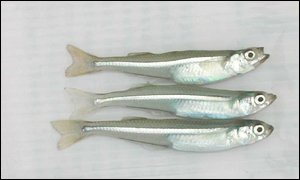 I likely should be switching to smaller, flashier deep-swimming lures – often marked by the letter “S” somewhere on the plug, indicating it’s a “sinking” lure. I've been having the most luck with Metals are mainly bluefish getters. 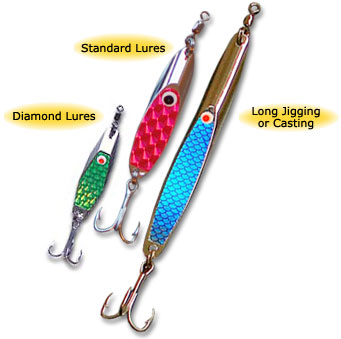 While it’s not my favorite thing, it’s surely time to also think using fly-grade teasers – even though they can steal some of the action from top-flight plugs. By fly-grade, I’m talking about using actual saltwater flies, as opposed to simple teaser teasers, which are often little more than hairy hooks. Bona fide saltwater flies, like Clouser minnow flies, can be close to angling artwork. Along those lines, it doesn’t take small blues much effort to de-art the hell out of them. At $20 buck a fly pop, that gets economically iffy. 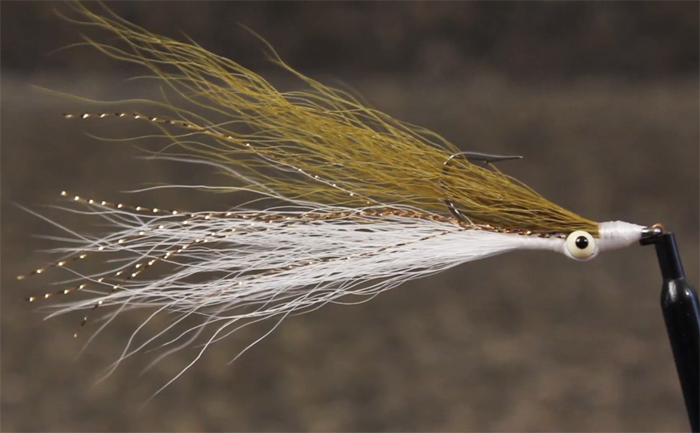 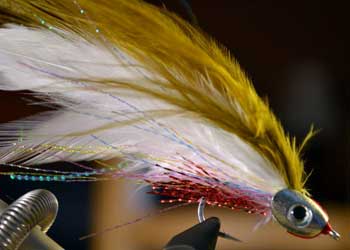 Ever think about going balls out pricey when buying lures? Check out this website:

When introduced at the ICAST tackle trade show in 2006, the 12-inch MacDaddy’s Million Dollar Lure made headlines. Why so expensive? Might have something to do with 3-plus pounds of 14-karat gold and platinum, and the outer shell of 100 carats’ worth of diamonds and rubies. I don’t know where it is today, but I did learn that the Million Dollar Lure was put into service, according to Ryan Donovan at RedRum Sportfishing in Cabo.


Louis Gisone put a 30.04 on the scale this morning, taking the lead from Adam Flax in the Montauk Locals tournament.
Nice job in that hard SW on the beach